‘Dickinson’ is a period comedy-drama series that centers on the wacky adventures of teenaged Emily Dickinson in the mid-1800s New England. The show gives audiences a uniquely hilarious view into the bizarre headspace of one of the greatest poets who ever lived. Emily’s morbid genius and idiosyncrasy are explored in rapturous wonderment. The show’s focus remains on her relationships with her family and, perhaps most importantly, with Sue Gilbert.

Taking advantage of the fact that it’s a comedy show, ‘Dickinson‘ leans into its peculiarity as it depicts the life and times of a poet who lived a life of anonymity and only got famous after her death. Here’s a recap of the entire first season of ‘Dickinson’ and a detailed explanation of its strangely coherent ending. SPOILERS AHEAD.

In 19th-century Amherst, Massachusetts, a young Emily Dickinson chafes under the prevalent patriarchy of her times, her mother’s constant attempts to get her married off, and her father’s decidedly regressive views on literary women. She’s in love with her best friend, Sue Gilbert, but Sue is engaged to Emily’s older brother, Austin. George, a friend of Emily, wants to marry her, despite the fact that she has bigger dreams than to just be a housewife. 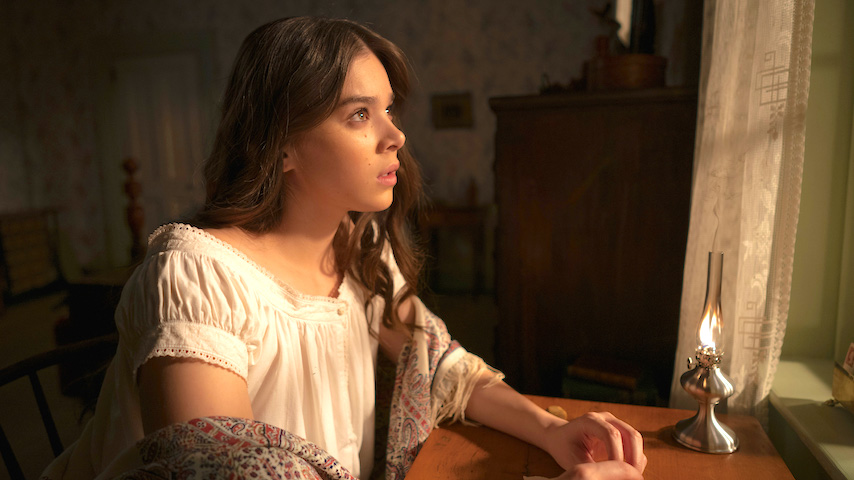 George, who is the Amherst College paper editor, agrees to publish one of Emily’s poems, much to the displeasure of Edward, Emily’s father. Emily is morbidly fascinated with Death and imagines herself going on splendid carriage rides with him (Wiz Khalifa). Emily and Sue disguise themselves as men and sneak into a college lecture about volcanoes. 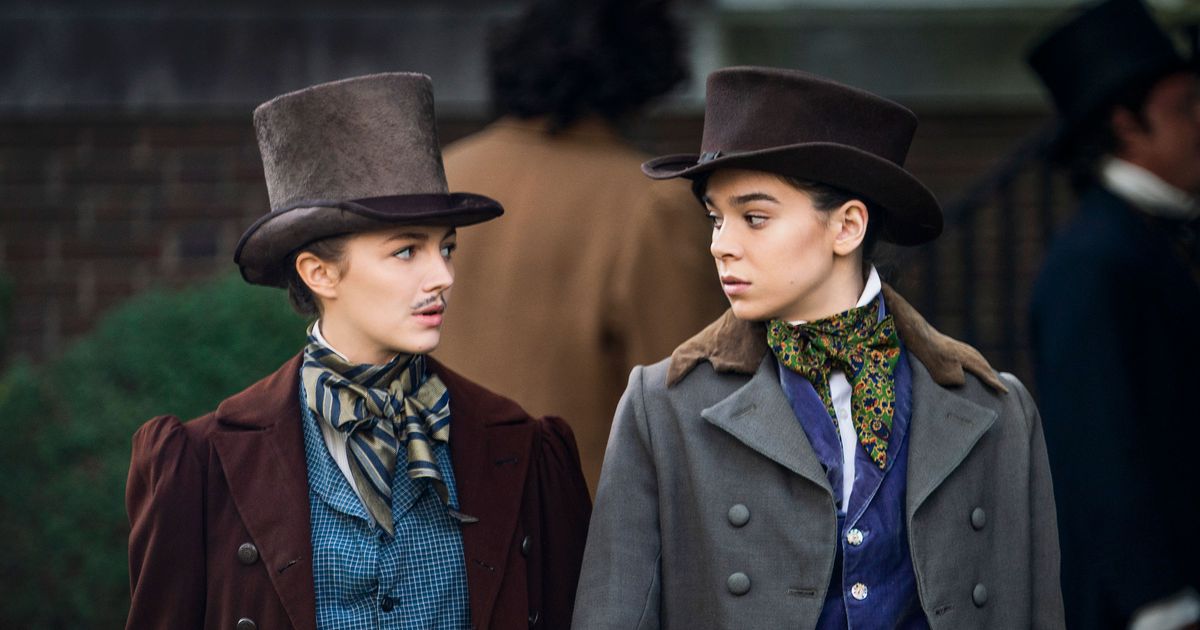 Edward finds out and lets his disapproval be known to Emily, who bakes him bread as a way of apologizing. Emily and Sue discuss the possibility of running away together, and they end up making love in Emily’s room. When Mr. and Mrs. Dickinson are away on a trip to Boston, the Dickinson siblings decide to throw a party. 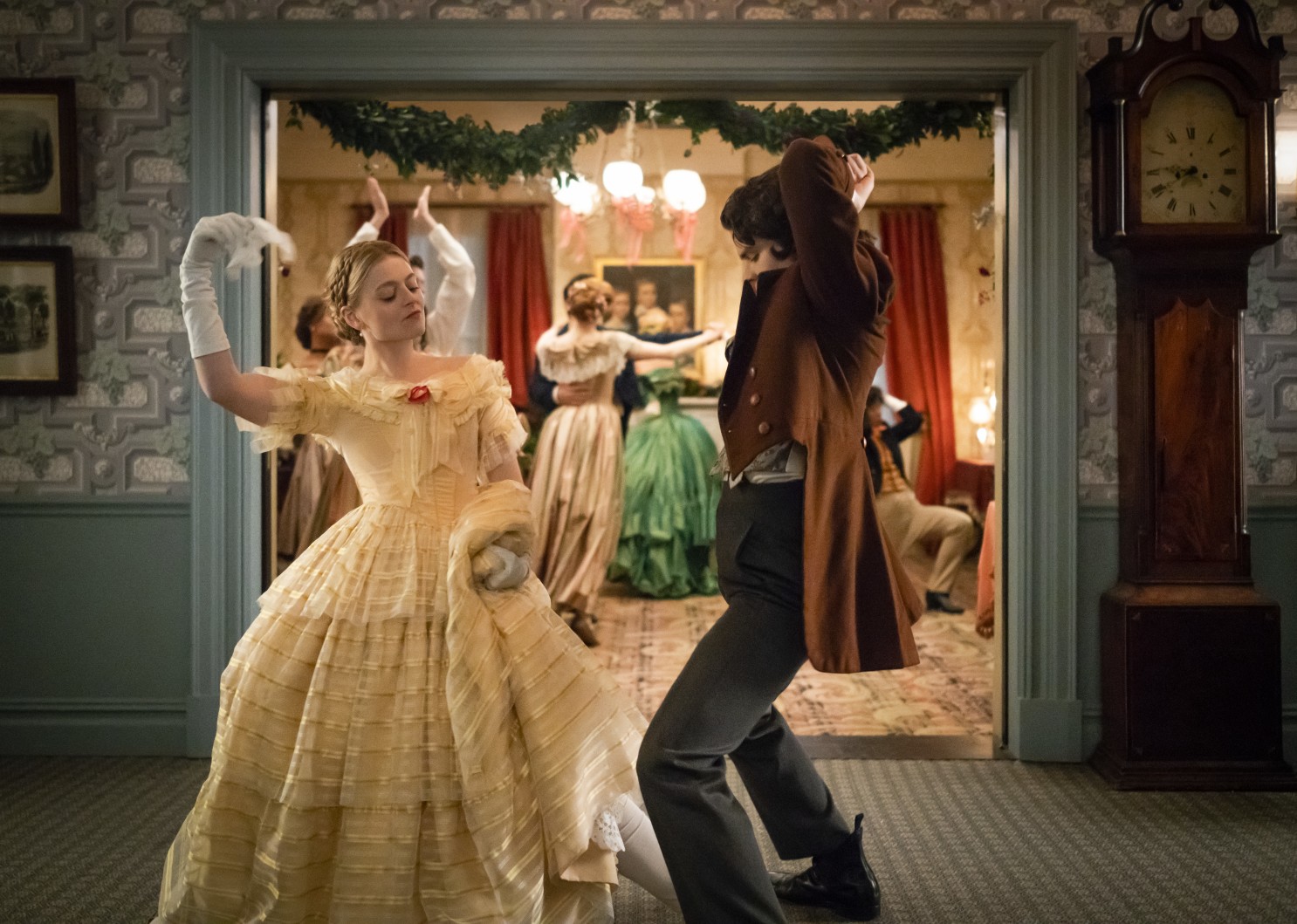 Things turn wild when George brings a bottle of opium, and Emily decides to share it with everyone. Austin walks in on Emily and Sue kissing and freaks out. As the brother and sister fight over Sue’s affection, Sue tells them that they’re both suffocating her and leaves for Boston, where she has a governess job lined up. With Sue gone, Emily and Austin are both distraught and keep writing her letters. 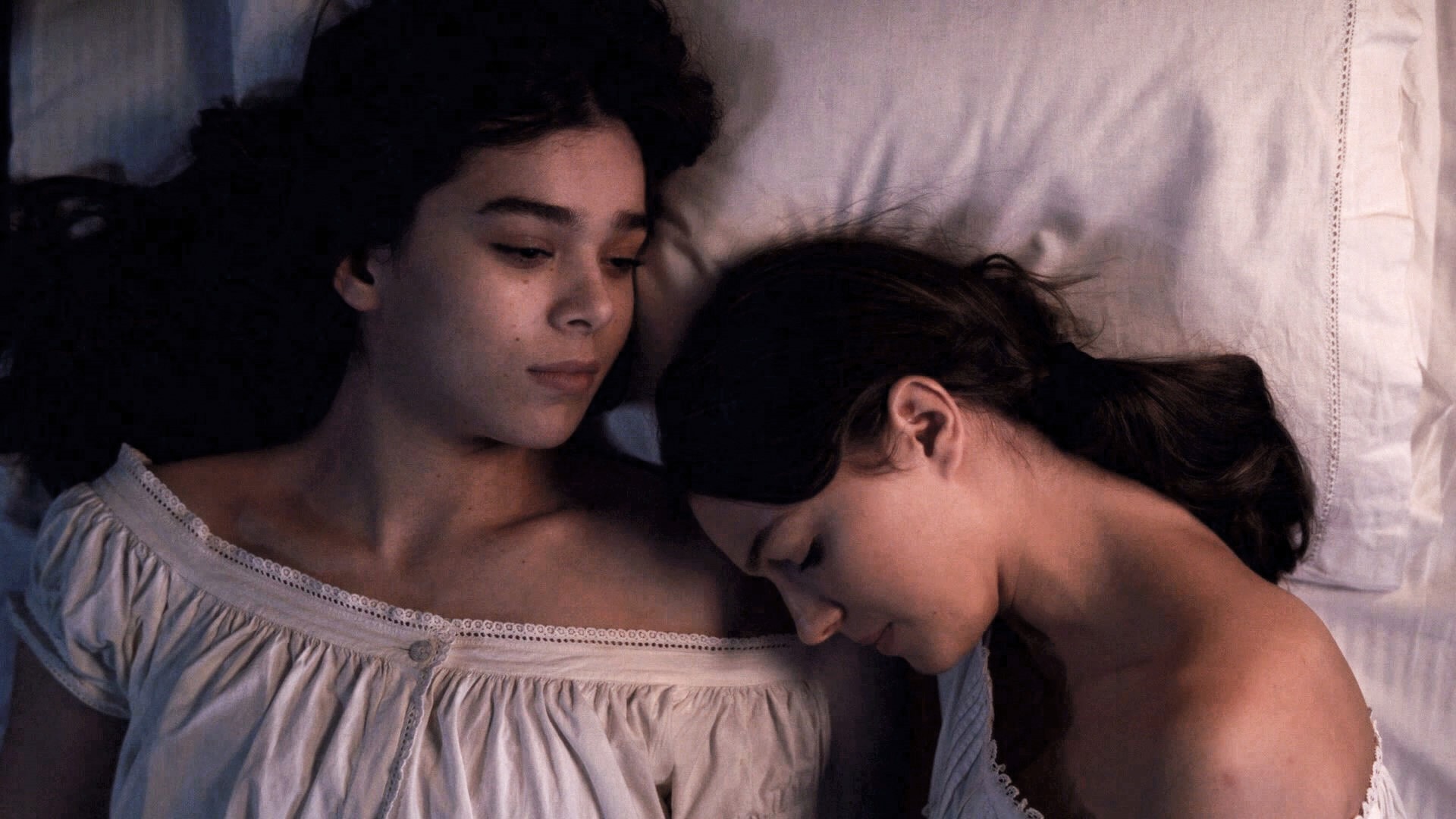 After reading ‘Walden,’ a book about living in nature, Emily travels to meet the author and environmentalist Henry David Thoreau, but he turns out to be completely bogus. In a misguided attempt to please Emily’s father so that he may be allowed to ask for her hand in marriage, George acts like a misogynist and alienates Emily. 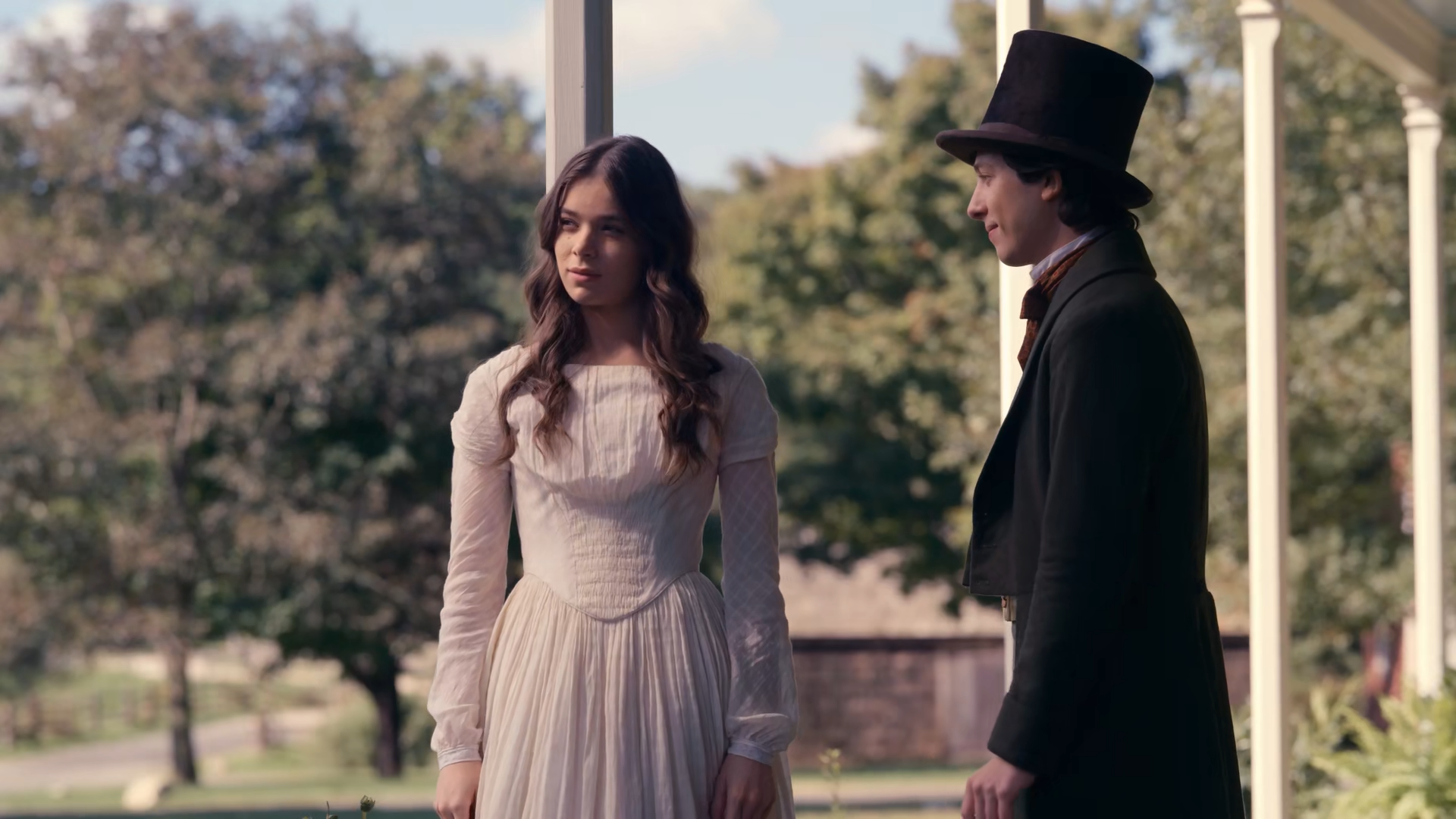 The youngest Dickinson sibling, Lavinia, takes up sketching and gives a nude self-portrait to Joseph Lyman, the boy she likes. Emily makes a connection with Ben Newton, her father’s new paralegal, who is also an avid reader of poetry. At Ben’s encouragement, Emily enters a local poetry competition under Austin’s name, but her father realizes the truth and his anger leads to a violent confrontation.

Edward Dickinson wins the election for Congress and has to go away for several months, during which the family hosts a Christmas dinner where Emily meets another woman writer, Louisa May Alcott. Emily and Ben watch the solar eclipse together and confess their love to each other, but Ben falls fatally ill, forcing Emily to confront Death again.

Dickinson Season 1 Ending: Why is Austin Angry With Emily?

On the wedding day, Emily writes Sue a love poem to make her day special. The girls also sneak out to collect flowers because Emily wants to gather a bouquet for Sue. As Sue reads the poem, she gets emotional, but Austin walks in and sees her crying. Austin becomes jealous that his bride is crying over a love poem that Emily wrote and gets angry because Sue has dirtied her wedding dress, gallivanting with Emily. In his anger, Austin forbids Emily to attend the wedding and makes her stay in her room all through the day. 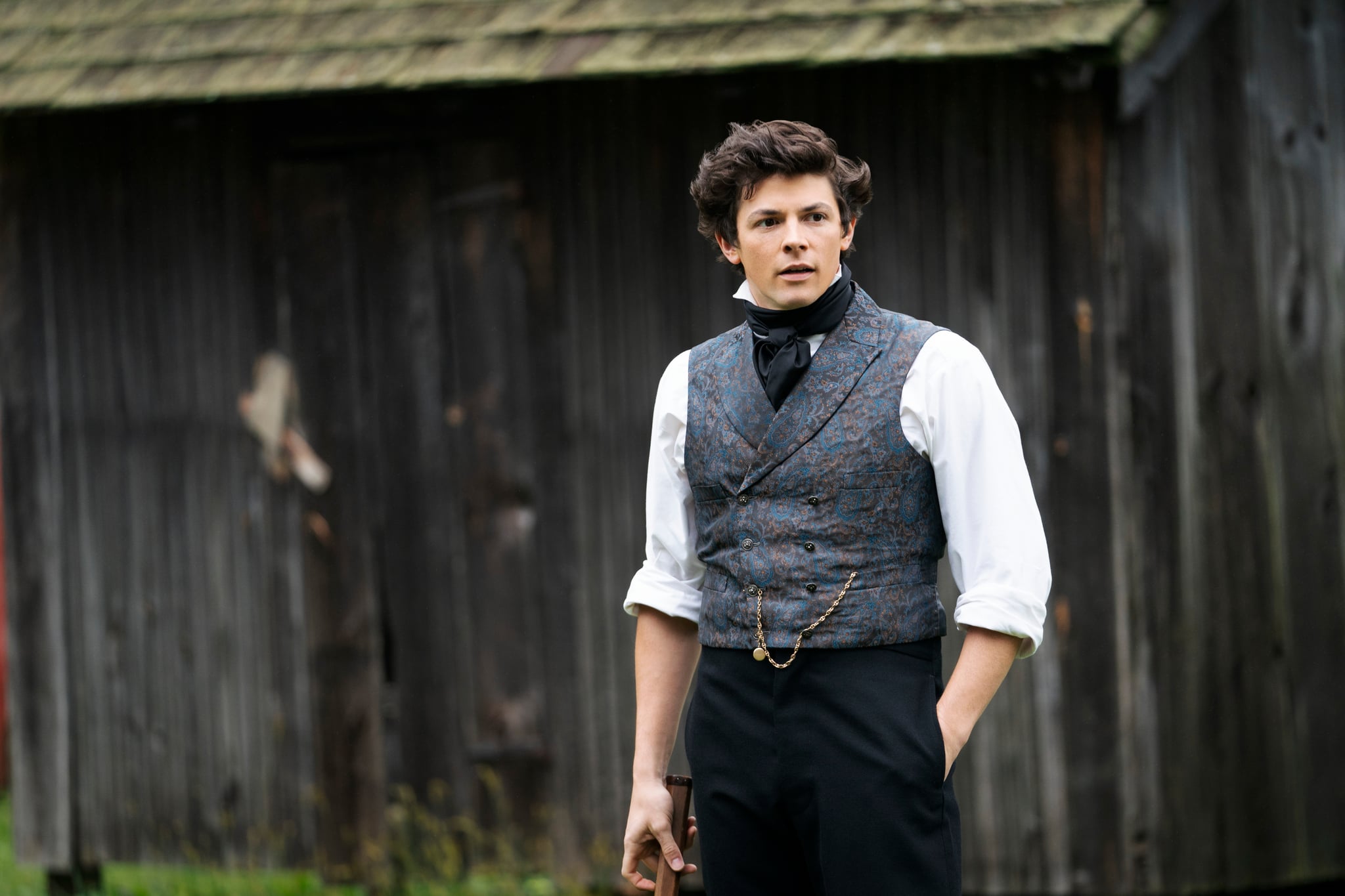 While Austin gets heavy hate from the audience for his immature behavior, it is important to remember that he is not much older than Emily in age and is marrying a woman he knows is at least partly in love with his sister. When he sees Sue tearing up over Emily’s poem, it stands to reason that he feels betrayed or cheated. And let’s not forget, it’s his wedding day too. According to his logic, why should he be made to feel like he’s on the sideline of what is essentially Emily and Sue’s love story? So, somewhat understandably, he lashes out at Emily.

Why Does Emily Imagine Her Own Funeral?

With her morbid sensibilities, it makes sense that Emily feels like her life is at an end when Sue gets married to her brother, and Emily has been forced by her father to keep her talent for poetry a secret. Her short-lived romance with Ben aside, Emily has only two things that are important to her – poetry and Sue. With both taken away from her, she feels like death is the only answer. 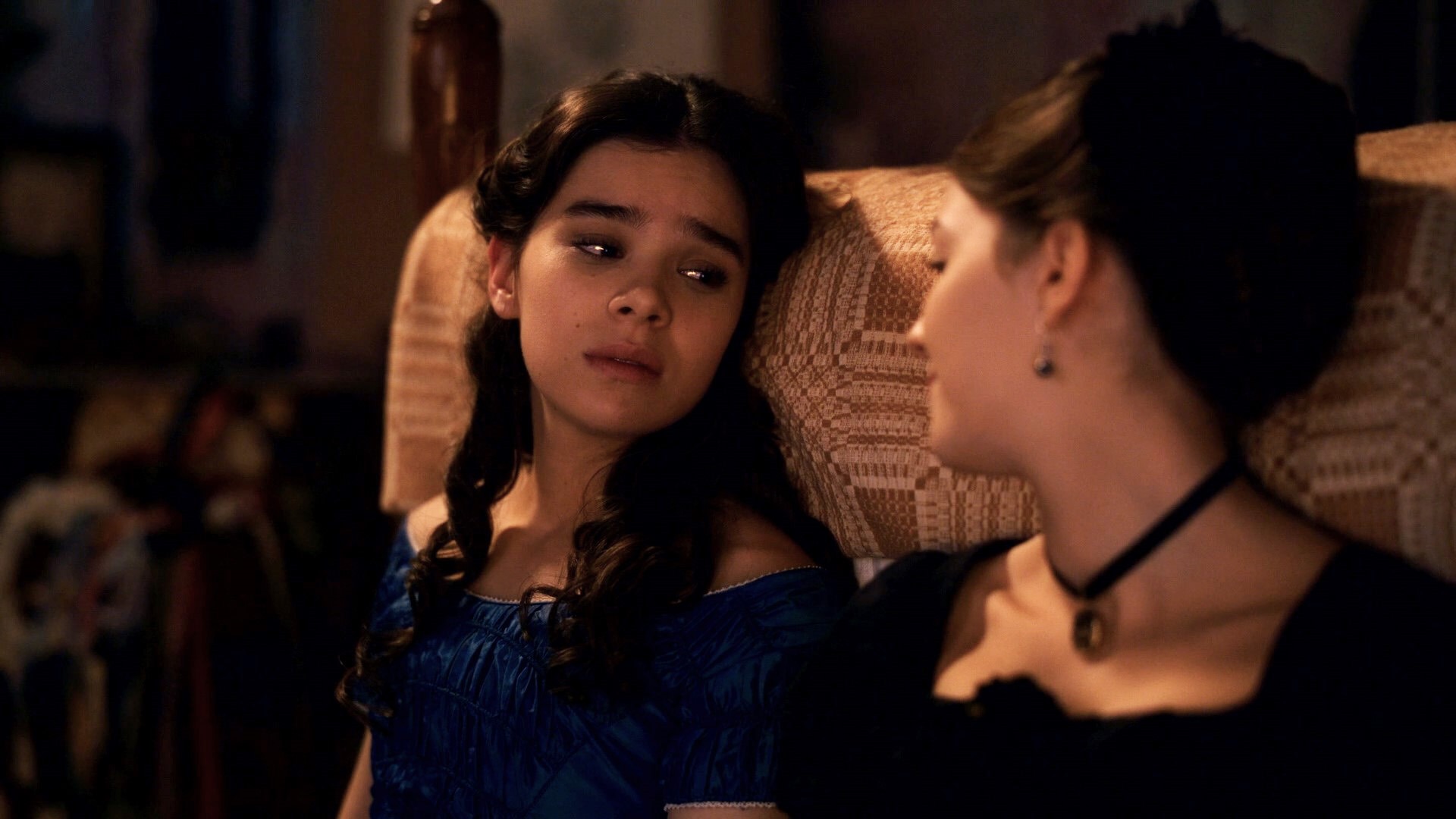 Emily is, after all, a dramatic teenager. So she imagines her own sad, under-attended funeral and decides she doesn’t want to die. Even if the poet cannot have Sue, she won’t give up her poetry. When Edward returns to face Emily, she tells her father, in a calm and utterly sure manner, that she is a poet and she will write great poems, and there is nothing he can do or say to stop her.