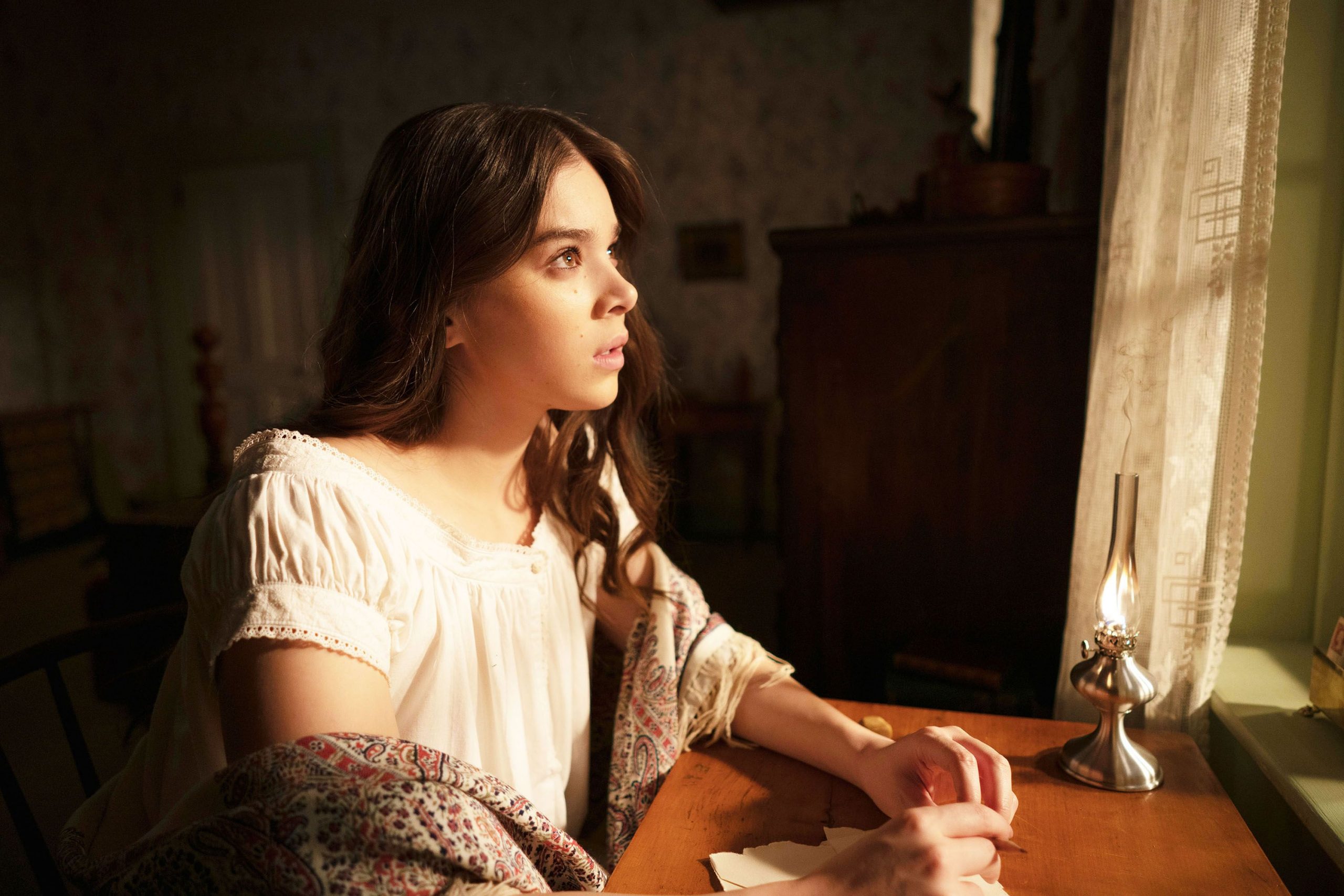 ‘Dickinson’ on Apple TV+ is a quirky, borderline absurdist, historical comedy-drama series that follows the life of a young Emily Dickinson and her family in 1850s Amherst, Massachusetts. Undoubtedly one of America’s greatest poets of all time, Emily Dickinson remained unknown and undiscovered in her lifetime. Her treasure trove of poems – some 1800 of them – were only published after her death. Historians claim that even in her death, Emily did not want to be famous and wanted her sister to burn her poems after her demise. Well, thank heavens her sister had the better sense to share Emily’s genius with the world.

Season 2 of ‘Dickinson‘ majorly deals with Emily’s push and pull with the concept of fame, seeking to explain why she chose to remain anonymous all her life, only gaining recognition post-humously. As far as depth and character development is concerned, season 2 fares much better than season 1. The second season feels more mature, like it has finally found its footing. It is as if the show is growing with the characters. If you’re looking to gain a better understanding of the ending of ‘Dickinson’ season 2, you’re in the right place. Let’s take a quick look at the season’s recap and then dive straight into the ending. SPOILERS AHEAD.

‘Dickinson’ season 2 begins with Emily on a creative streak, where she’s churning out poems on a daily basis. Her only audience, Sue, is climbing the social ladder and takes pride in being the most prominent parlor in New England. Ever since her marriage to Austin, Sue has become singularly obsessed with being the best hostess and neglects her family in the process. Her standoffishness is especially grating to her husband, and Austin finds himself increasingly disenchanted with Sue as the season progresses. 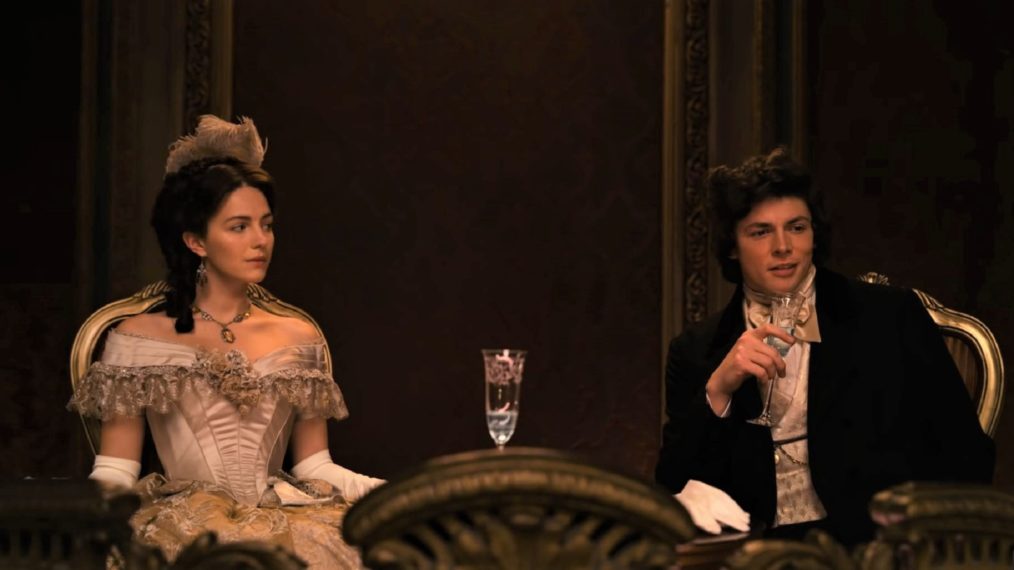 Austin is perhaps the character whose arc has had the most development in the second season. He goes from being an empty-headed, irresponsible lad to the kindest, most thoughtful, and socially woke character on the show. Even though he has made a promise to Sue to never try for kids, Austin really wants to become a father.

To this end, he adopts the Newman girls, which does not sit well with Sue. Austin actively, yet in secret, helps Henry set up a printing press so that they can publish Henry’s abolitionist newsletter. Austin is attracted to Jane but refrains from acting on his feelings even though he is aware of Sue’s infidelity. Throughout the season, he even becomes a better brother to Emily.

Emily’s parents have their own issues, mainly that Mrs. Dickinson feels underappreciated by Edward most of the time. Emily’s sister, Lavinia, really comes into her own and accepts that she is a promiscuous, provocative female who is not ashamed to own her sexuality. For most of the season, Lavinia is engaged to Shipley, an old college buddy of Austin’s, but ends up breaking up with him because she is not the meek, obedient, “proper” wife that he is looking for. 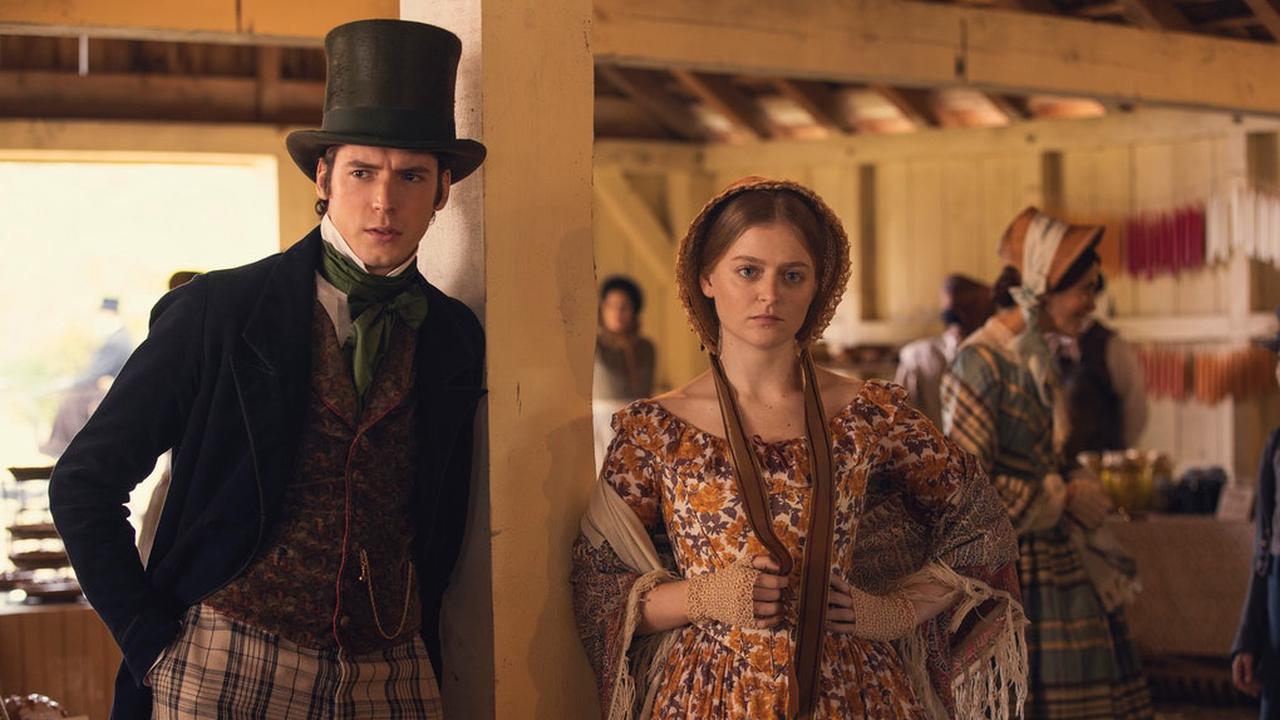 Emily, for the entirety of season 2, grapples with the opposing ideas of fame and anonymity. Sue introduces her to Sam Bowles, the editor of The Springfield Republican and husband of her childhood friend, Mary. Sue pushes Emily to get her poems published in Sam’s paper. At first, Emily is infatuated with Sam and decides to court fame. But she ultimately decides against it and asks Sam for her poems back.

Dickinson Season 2 Ending: Why Does Emily Not Want To Become Famous?

During the first half of the season, Emily believes that she wants to pursue fame and get recognition for her poems. This is majorly due to Sam and Sue’s insistence. Emily goes against her instinct and gives Sam her poem. Before she gets confirmation from Sam that the poem will be published, Emily second-guesses herself to the point that she gets severe writer’s block. 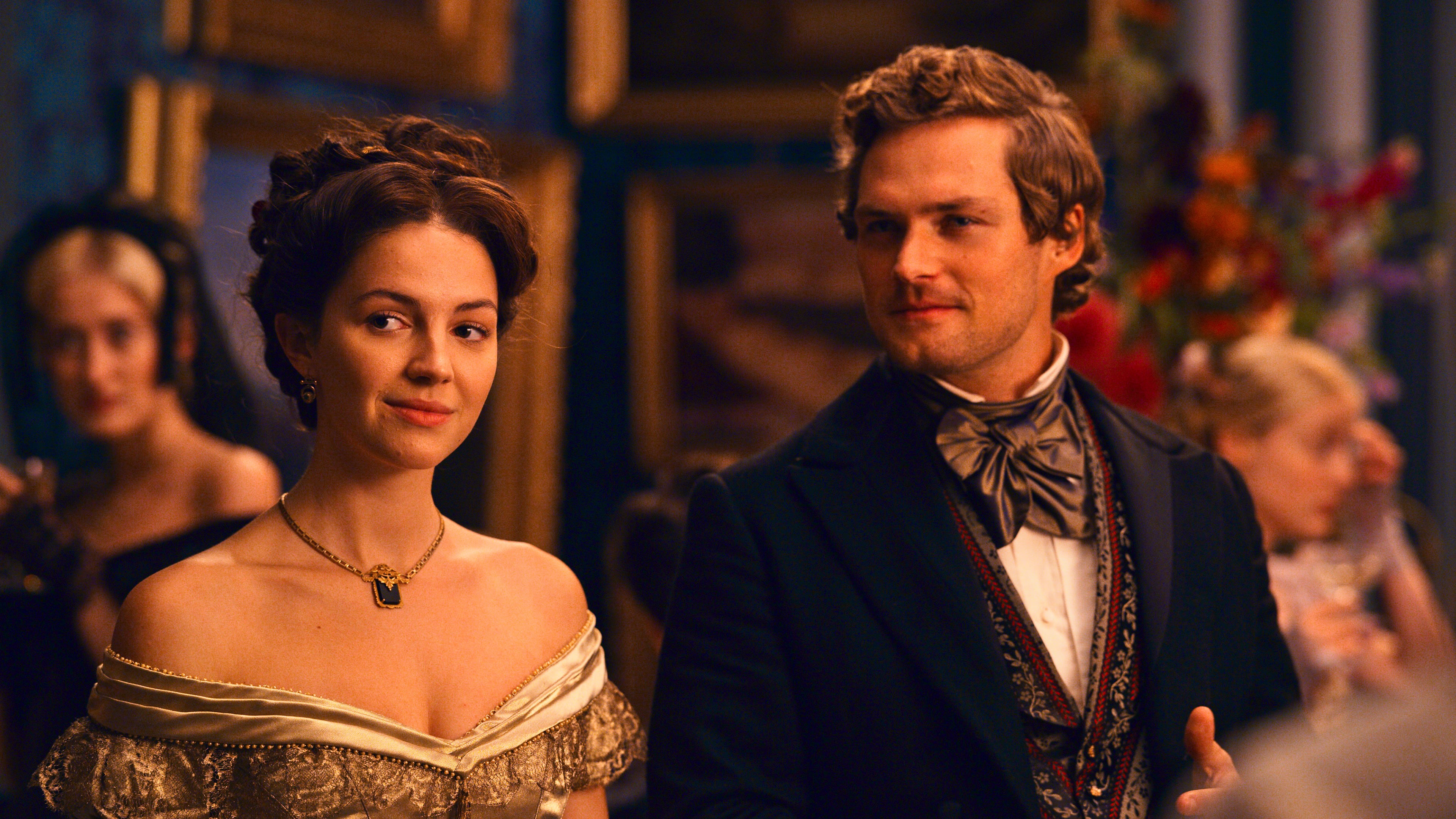 Her thoughts also manifest themselves in the form of Nobody, a ghostly figure who constantly warns Emily not to seek fame and keeps telling her that being a “nobody” is better. Nobody turns out to be Austin’s college friend, Frazar Stearns, who Emily believes is going to die in the Civil War. Her talks with Nobody establish that Emily places more value on her life (and the act of living it) than on chasing fame and glory to achieve immortality after death. 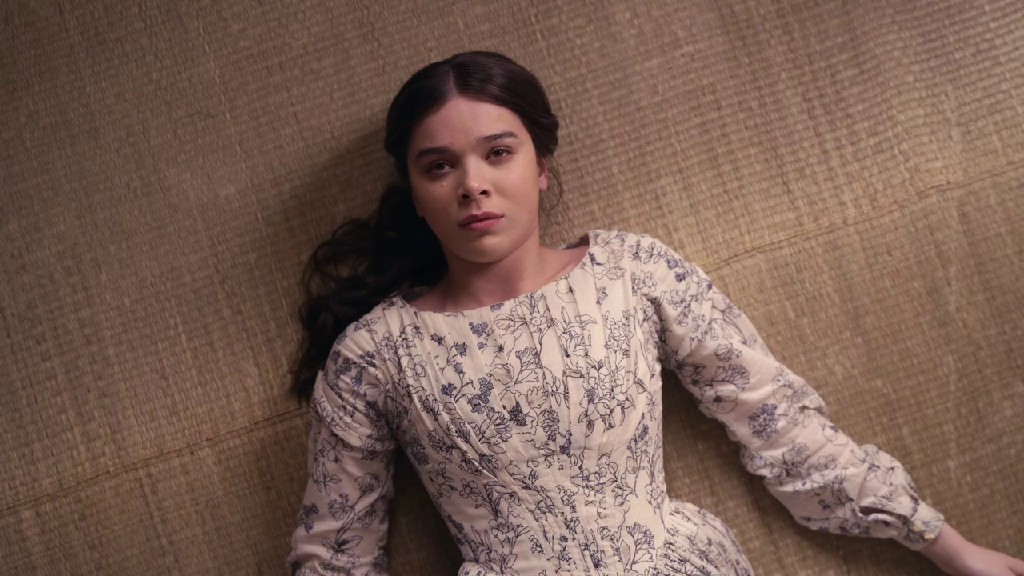 When all is said and done, Emily is still an incredibly private person and feels uncomfortable if the spotlight is on her. This is a running theme in season 2. She is happy to have people read her poem but gets upset when they don’t agree with her and declare her poem too provocative. Emily does not care for people’s feedback. Ultimately, when Emily decides to stay unpublished, it feels like the right choice for her.

Is Lavinia a True Feminist?

From being a girl with silly fantasies of marriage, Lavinia’s character evolves to becoming a woman who knows who she is and exactly what she wants. Lavinia constantly holds her own in front of Ship and her friend circle. She takes pride in being different. She just wants to be the most interesting person around, and somehow, she manages to be just that. 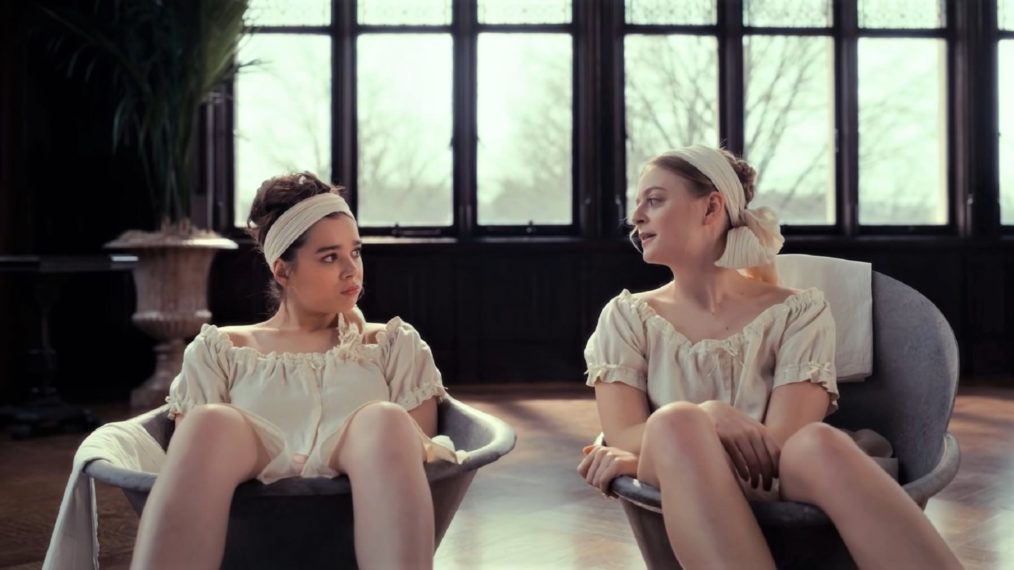 In a time when it is considered improper for women even to have desires, Lavinia isn’t ashamed of hers. Even though her friends tell her she’s making a mistake by rejecting Ship’s proposal, Lavinia is not swayed. In some ways, Lavinia’s character is even more inspirational than Emily, who cannot get over her obsessive love for Sue.