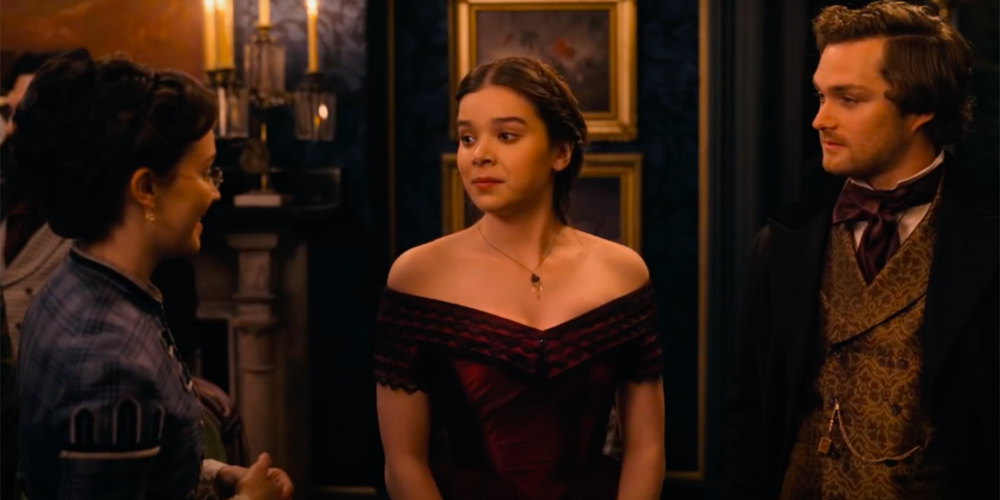 ‘Dickinson,’ the Apple TV+ historical comedy-drama series, follows the life of a young Emily Dickinson, one of America’s greatest poets. She wrote almost 1800 poems in her lifetime but only gained fame after they were published posthumously. While season 1 of ‘Dickinson‘ sees Emily chafing under her father’s primitive and chauvinistic views, season 2 deals with Emily’s struggle with the idea of fame.

She wants the world to read her poems, but she doesn’t like to be in the spotlight herself. She wants people to see her work but not her. In season 2 of ‘Dickinson,’ Emily meets Sam Bowles, a newspaper editor who becomes enamored with her poems and decides to publish her. Let’s take a look at the ending of ‘Dickinson’ season 2 episode 5. But first, a short recap of the episode. SPOILERS AHEAD.

Emily is nervous about being famous and under public scrutiny. She attends Sue’s intellectual party while the other members of the Dickinson family stay home. Emily Senior disapproves of Austin’s and Sue’s decadent lifestyle as it’s not the Dickinson way. Sue tells Hattie that she cannot be seen in the same dress twice. When Emily arrives at the party, she is rattled to hear the rumors about Sam Bowles’ promiscuity. 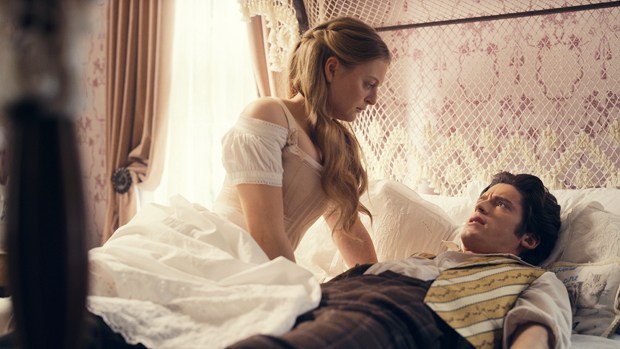 Everyone tells her that Sam is famous for sleeping with all the female writers he publishes, even though he’s married. Emily asks Sue about these rumors, but Sue reassures her that Sam loves his wife Mary and the rumors are baseless. Lavinia tells Ship that she will not be the prim, proper, and obedient wife that he’s expecting. She tells him that she is wild, creative, and even more outrageous than Lola Montez. Lavinia and Ship perform a sensual ‘Scarlet Letter’ roleplay, and Ship is pleasantly surprised by Lavinia’s forwardness.

At the Evergreens, Sue treats Clara and Anna Newman like servants, telling them to serve food to the guests, but Austin intervenes, calling out Sue on her unkind behavior. Austin secretly helps the abolitionist movement by purchasing a printing press for Henry’s paper. They keep the press in the barn, and Hattie calls Austin an angel. Sam Bowles asks Emily to write something that night and speaks to her in a positively flirty manner. Emily goes home and writes a romantic letter to Sam’s wife, Mary, and then fantasizes about him. 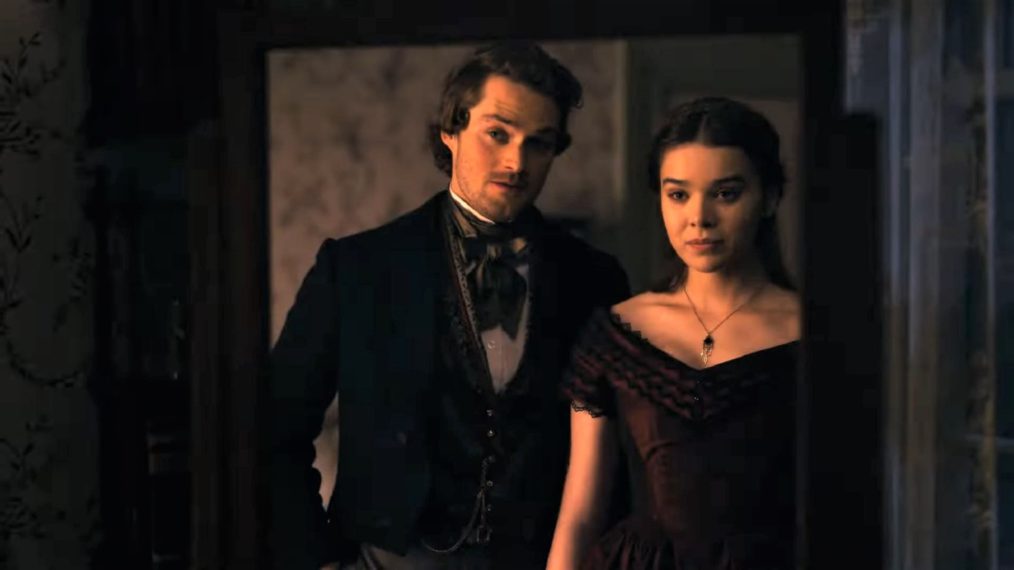 In the library of Sue’s and Austin’s home, Sam tells Emily that her writings, once published, will sit on a shelf between Charles Dickens and Denis Diderot. He then amends his remark and says that Emily Dickinson will need an entire shelf to herself. Sam also requests Emily to write something that night and be aware that he will be at the Evergreens, unable to sleep the entire night because he is so close to her incredible talent.

Sam’s flirtatious remarks may stem from the fact that he is a player who sleeps around with all the women he publishes. They could also be genuine statements that denote his growing feelings for Emily. Before the ending, Sue tells Emily that Mary is very similar to Emily in nature. Like Emily, Mary is shy and doesn’t like to leave the house. That’s the reason Sam mostly travels alone for work while Mary stays home.

It’s possible that Sam, also clocking in on the fact that Emily is very much like his beloved wife, has started to have actual feelings for Emily. There’s clearly an attraction between the two. His romantic comments to her, spoken either flirtatiously or sincerely, leave a deep, lasting impact on the young author, and she finds herself taken by his veritable charm.

Who is Henry “Box” Brown and Why is Hattie Bothered by Him? 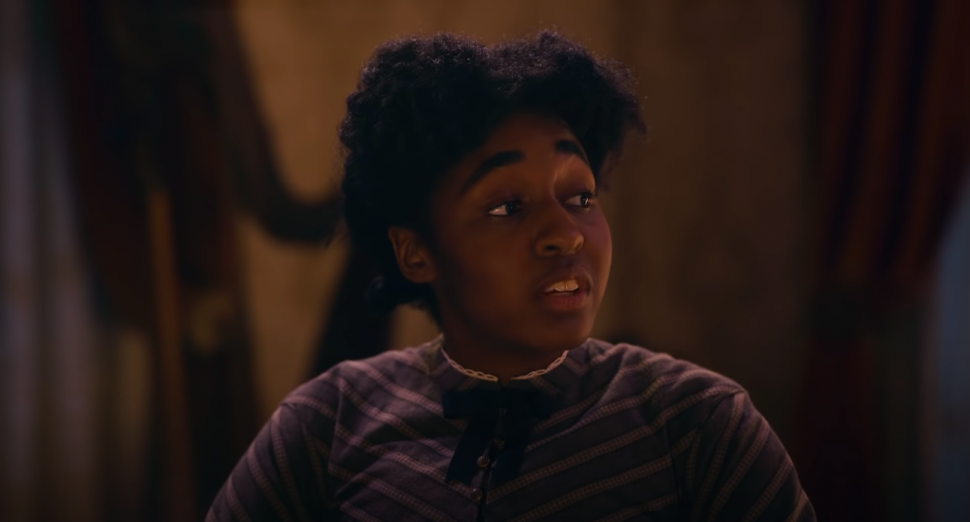 Henry “Box” Brown, the guest lecturer at Sue’s intellectual salon, is based on the real-life magician and abolitionist speaker who was born a slave in Virginia and made his way to freedom by mailing himself to Philadelphia abolitionists in 1849. Hattie, apparently jealous of the fact that Henry published Henry Brown on the front page of their paper, is bothered by his lecture because she believes Brown got lucky when he escaped in a wooden crate, and the same trick does not work anymore. She feels that his lectures are actively bad for the black community because, after listening to his story, more and more slaves will try to escape in a box and get caught, thus worsening their situation.

What are Austin and Sue Fighting About? 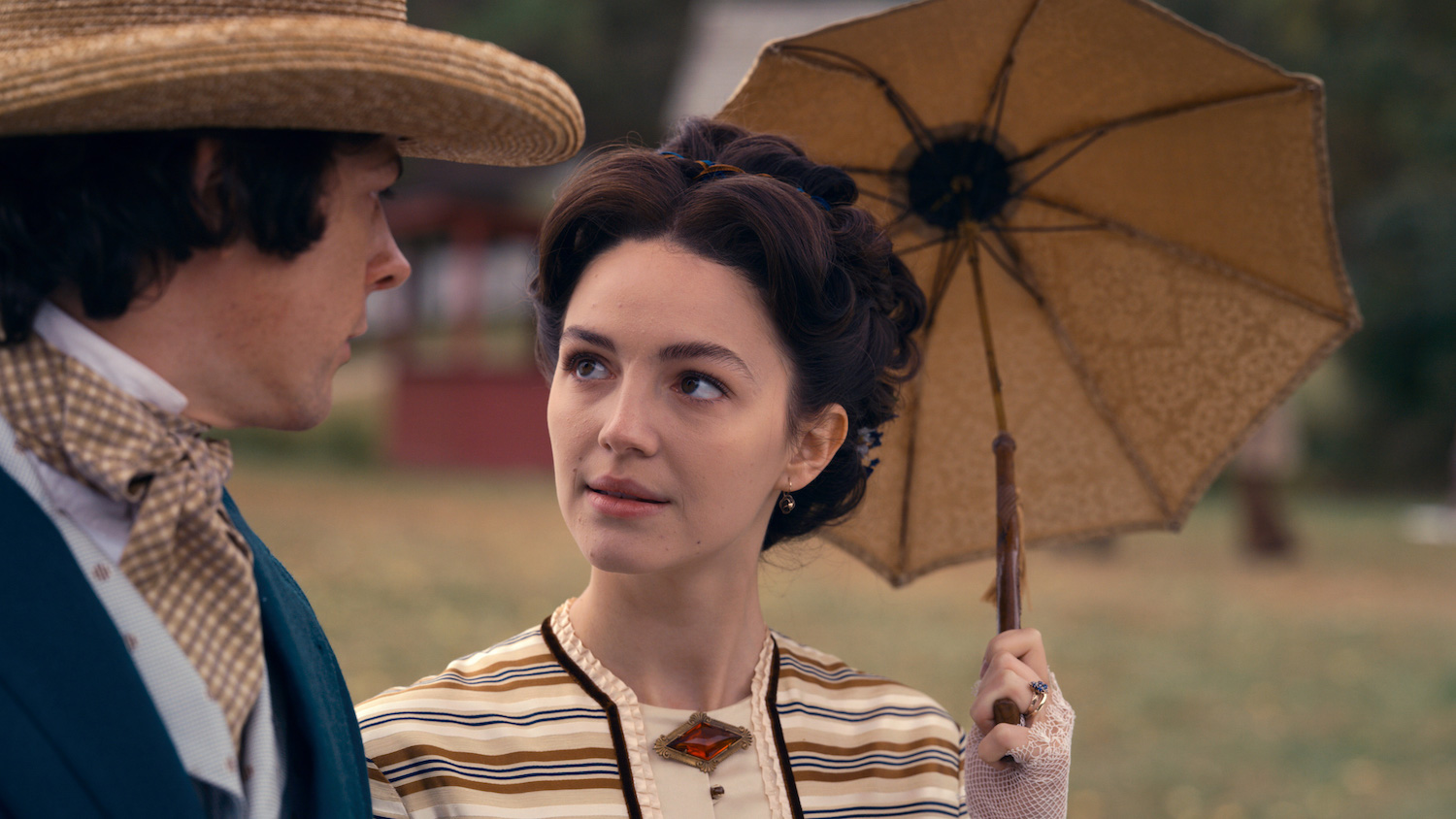 Austin singularly decided to adopt the Newman girls, seeing as how their inheritance is paying for the Dickinsons’ lavish lifestyle. But that’s not the only reason. He also genuinely wants to be a father, and since Sue doesn’t want to bear children, Austin believes he can find fulfillment by becoming a doting father to Clara and Anna. On the other hand, Sue doesn’t like the Newman girls because they are a constant reminder of her own orphan state and her dark past. She is unable to muster any empathy for the girls and opts to look down upon them and Austin, who she accuses of taking advantage of the Newman girls’ fortune.