Did Elizabeth and Thomas Seymour End Up Together? 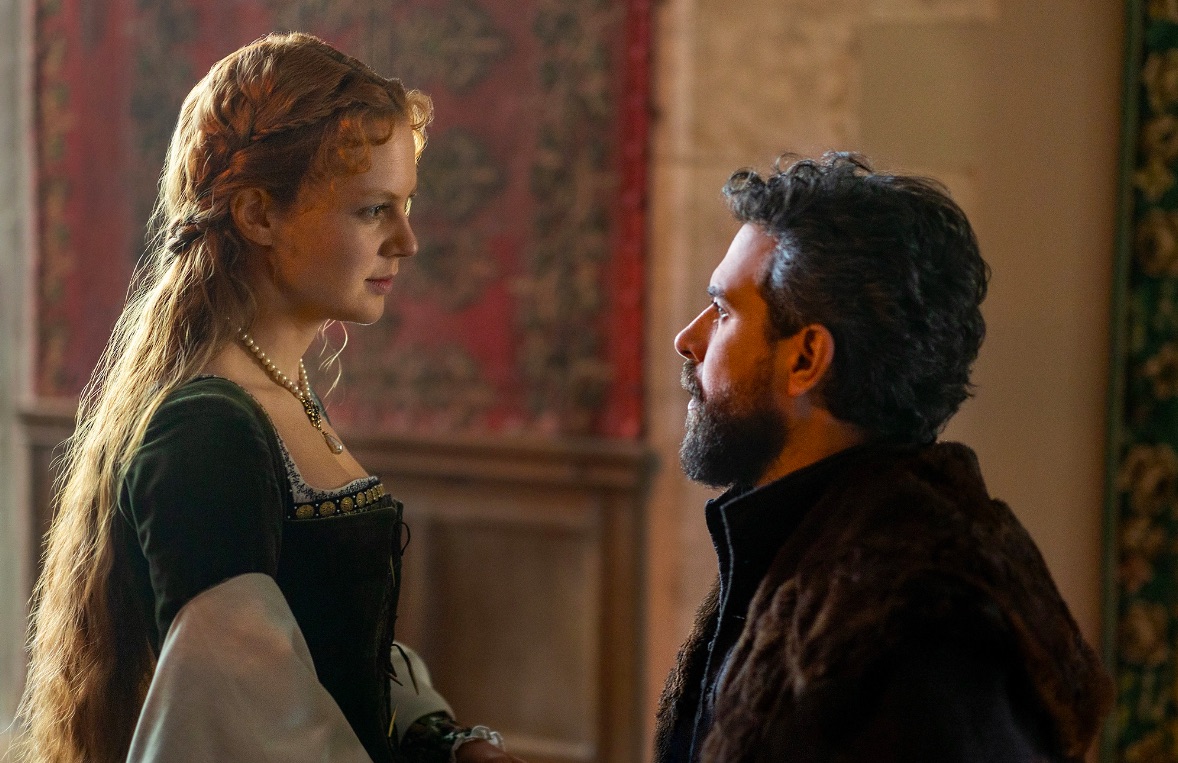 ‘Becoming Elizabeth’ follows the story of Elizabeth I during her teen years. Set in the aftermath of the death of her father, Henry VIII, the show focuses on all the events that had a significant impact on the young girl. A lot of people were trying to manipulate Elizabeth into siding with them just to use her to have more influence over her brother, King Edward VI. One such person was Sir Thomas Seymour. The show focuses on Elizabeth’s relationship with Thomas from the first episode, and what happens between them becomes a critical part of the way Elizabeth turns up when she becomes the queen. Considering the impact he had on her, we wonder if Thomas Seymour succeeded in marrying Elizabeth. Did they end up together? Here’s what we found out about it.

Did Elizabeth End up with Thomas Seymour?

No, Elizabeth and Thomas did not end up together in real life. In fact, their connection led to a bloody end for him and almost ruined her. In ‘Becoming Elizabeth’, we see that Elizabeth had been charmed by Thomas and considered marrying him before she discovered that he had married her stepmother, Catherine. It is a big disappointment for Elizabeth, who still feels attracted to Thomas. In real life, however, things were a lot different than that.

Thomas Seymour had always wanted to marry a princess, and he didn’t care if it was Elizabeth or her half-sister, Mary. When Elizabeth came to live with Catherine at Chelsea Manor, he set his eyes on her. He even proposed marriage to her, but considering the fact that she was still thirteen and in mourning for her father, she refused. A month or so later, Seymour married Catherine.

Now living in Chelsea, Thomas was in close proximity to Elizabeth, which allowed him to make advances on her. He would try to enter her bedchambers at all sorts of hours. In the morning, he made a habit to enter her room while she was still in bed. He would tickle her, slap her on the back, and corner her in the halls during the day. The harassment got worse with time, and Elizabeth tried to wake up as early as possible, so she wouldn’t have to see him first thing in the morning.

His behavior was not hidden from Catherine, who took it as nothing more than innocent teasing. She even participated in some of it, most famously in an incident where she held Elizabeth in the garden while Seymour cut her gown into pieces with his sword. However, as her husband’s actions toward Elizabeth worsened, she decided to put a stop to it and sent the young girl away to Hertfordshire.

In 1548, Catherine died due to complications from childbirth, and this gave Thomas a new chance at pursuing Elizabeth again. His intentions to marry her were clear, but she kept her distance from him. His behavior towards the young princess was not hidden from Thomas’ elder brother, the Lord Protector Edward Seymour. He was also aware of Thomas’ other schemes of wanting to get close to the king.

Eventually, all of Thomas’ actions culminated in his arrest and eventual beheading in 1549. The inquiry regarding his actions also led to suspicion toward Elizabeth. It was believed that they had conspired together to get married, overthrow Edward VI, and claim the throne for themselves. Elizabeth remained very prudent about her answers and used her wit to put an end to anything that would question her dignity and her loyalty to the king.

While the TV show tones down the sinister nature of Thomas’s actions, its portrayal of Elizabeth’s fascination with him is not entirely a made-up thing. In fact, it was believed that the teenage princess had held some sort of feelings for him. She would often blush in his presence, and once, Catherine saw her and Thomas embracing. However, the circumstances regarding these observations are not clear. Her blushing could simply be the result of embarrassment in the presence of her harasser. What Catherine saw could be what made her make Elizabeth leave Chelsea. Perhaps, she wanted to protect the girl from her husband. No matter how one interprets these things, the fact that Elizabeth and Thomas didn’t end up together holds true, irrespective of whether their feelings were mutual or not.