Did Ian Campbell, the Duke of Argyll, Suffer From PTSD? Was he Really a World War II Pow? 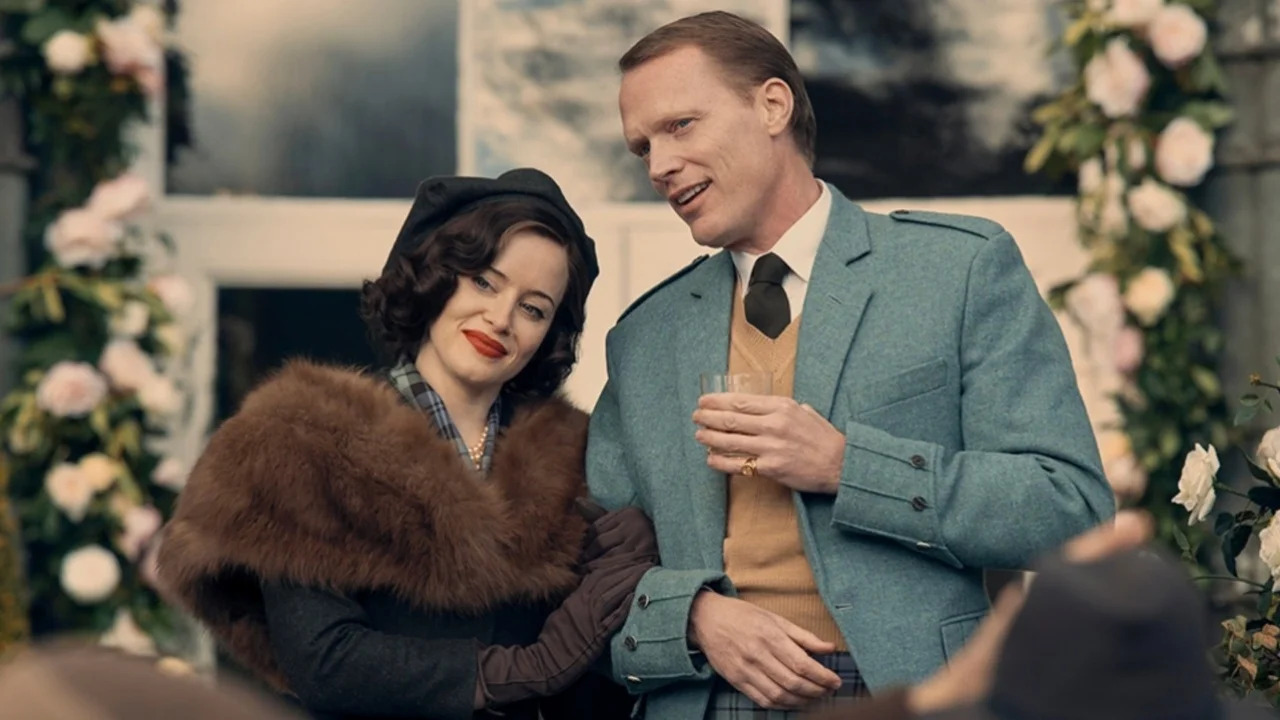 ‘A Very British Affair’ revolves around the marriage between Ian Campbell (Paul Bettany), the 11th Duke of Argyll, and Margaret Campbell (Claire Foy) and its gradual disintegration over the course of 12 years, and the subsequent brutal divorce. We never really get any glimpses of the time when Captain Ian Campbell served in the British Army during World War II or the ones during which he was supposedly a Prisoner of War.

However, the show makes frequent references to those years. it is implied that much of Ian’s problems — from drug and alcohol abuse to mood swings to violent tendencies — stem from his time in the war and in German captivity. Although the show never explicitly mentions it, Ian seems to be suffering from Post-Traumatic Stress Disorder or PTSD. Here is everything you need to know about it. SPOILERS AHEAD.

Did Ian Campbell, the Duke of Argyll, Suffer From PTSD?

As mentioned above, ‘A Very British Affair’ never explicitly says that Ian has PTSD. One of the reasons is that the disorder hadn’t been officially recognized at the time when the story is set and would not be until 1980. And Ian Campbell passed away in 1973. So, understandably, the real Duke of Argyll wasn’t diagnosed with the disorder either. But he reportedly drank excessively, had gambling issues, and developed an addiction to prescription medications. He also reportedly exhibited violent tendencies toward his spouses. All this points toward an undiagnosed case of PTSD.

Bettany, while portraying his character, kept that in mind. “I think Ian displayed incredibly cruel and at times, violent behavior,” the MCU actor said in a BBC press release. “I think Ian was damaged by many things, one of them being him held in a prisoner of war camp. His job was to absorb the punishment for prisoners that he had helped facilitate their escape. When he came back from the war, he was six stone and I don’t think he was in a particularly happy place. I don’t know what it was, whether he was suffering from some sort of undiagnosed PTSD but he was self-medicating with alcohol, amphetamines, and barbiturates.”

Was Ian Campbell, the Duke of Argyll, Really a World War II POW?

Yes, Ian Campbell, the Duke of Argyll, really was a World War II POW. During World War II, he served as a captain in the 8th Battalion Argyll and Sutherland Highlanders. He reportedly participated in the Battle of France in 1940. On June 12, 1940, Ian became a Prisoner Of War after surrendering to Wehrmacht General Erwin Rommel at Saint-Valery-en-Caux in Normandy along with the war poet Aonghas Caimbeul, the remaining soldiers of the 51st (Highland) Division, and Maj. Gen. Victor Fortune. He spent the next five years in German captivity and was ultimately released in 1945.

The condition of the place where Ian was kept was horrendous. The POWs reportedly didn’t have any other clothes besides the ones they were captured in. The International Red Cross organized a process through which both German and Allied POWs would get clothes from their respective families. Ian’s second wife, Louise Hollingsworth Morris Vanneck, ensured her husband and other POWs would have something to wear during the approaching winter.

In a letter, a fellow POW of Ian, Captain Morgan, gave an account of Ian’s life in German captivity. “Ian was my great support and main stay in camp … It was such a great comfort to have somebody who looked at things exactly as I did,” he wrote. “Furthermore we are both incorrigible optimists. I know of no one who has such completely absorbing intellectual resources as Ian … with his books or his designing, and [he] lets the sordidness and [dullness] of prison life slide over him. He is always cheerful; and his admiration for Louise [and] what she is doing is really quite touching.”

Read More: Where Was A Very British Scandal Filmed?