Disgaea 6: Everything We Know 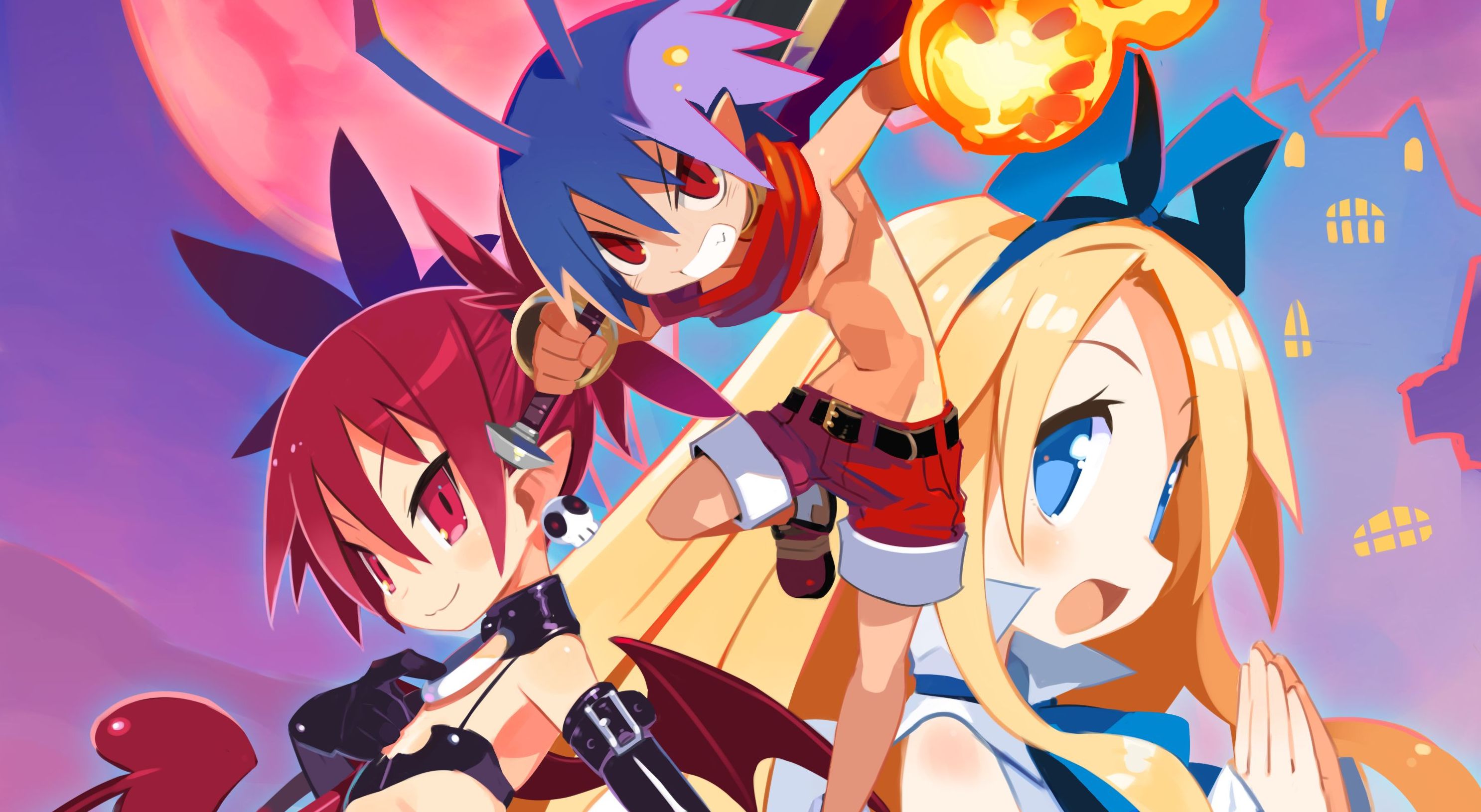 If you’re a fan of bombastic characters and story lines, deep tactical role-playing gameplay and the anime visual aesthetic, you’re probably already familiar with the ‘Disgaea’ games. If you’re not, read on for a handy little recap of the 15+ year long JRPG saga and the upcoming new game in the franchise, ‘Disgaea 6’.

The Disgaea franchise is set in the parallel universe of the Netherworld, a realm inhabited by demons. There are multiple Netherworlds, each ruled by its own Overlord. There is also the world of Celestial, which is inhabited by Angels. Both these realms draw their energy from the Human world, which itself is a classic futuristic science fiction setting.

The first game in the series, 2003’s ‘Disgaea: Hour of Darkness’ follows Prince of the Netherworld Lahal in his quest to ascend to the throne of the Overlord with his treacherously minded vassal Etna. The second game ‘Disgaea 2: Cursed Memories’ has us follow the story of Adell, a Demon hunter gunning for the Overlord Zenon in order to restore his home world to normal. A subsequent game titled ‘Disgaea 3: Absence of Justice’ features the adventures of Mao, a son of an Overlord who wishes to become a hero and defeat his father.

The fourth game in the series, 2011’s ‘Disgaea 4’ is all about Valvatorex, an ex tyrant turned revolutionary aiming to weed out corruption from the Netherworld leadership. The most recent game in the franchise, 2015’s ‘Disgaea 5: Alliance of Vengeance’ follows the journey of Killia, a wandering demon who forms an alliance of rebel Overlords to combat the Demon Emperor Void Dark, who seeks to conquer all the Netherworlds.

The series also includes a bunch of spinoff games including the 2D side scrolling platformer ‘Prinny: Can I Really Be the Hero?’, its 2.5D sequel ‘Prinny 2’, a visual novel titled ‘Disgaea Infinite’ and more.

As for the gameplay, the Disgaea games are turn based tactical Japanese Role Playing Games (JRPGs) with an anime like visual style. Players obtain and perform missions from a central hub area, which varies on a game to game basis. These missions are interspersed with cutscenes that advance the plot of the game. The combat takes place on an isometric grid based board, with the player and the enemy AI taking alternate turns to execute their moves. During their turn, the player can perform one action per turn for each character. These actions can be melee attacks, special abilities or even the simple act of moving across the map.

The Disgaea games typically feature a moderately sized single campaign of about 20-40 hours, but they also feature a New Game Plus mode that allows players to achieve alternate endings, unlock new character and monster types and even raise their character’s level to a frankly absurd 9,999. The series is a hardcore RPG experience and is famed for its level of complexity and endless replayability.

‘Disgaea 6’ was confirmed to be in production by series developer Nippon Ichi Software President Sohei Niikawa. As for the plot of the new game, we do not have any concrete knowledge yet but Niikawa did express his willingness to revisit fan favorite characters from previous games, including Prince Laharl and the demon Etna in the first game. However, I would not expect them to feature in a primary protagonist capacity as the series is already known for its numerous cameos by characters from the previous games.

It is much more likely that ‘Disgaea 6’ will follow an entirely new group of protagonists, with characters like Laharl, Etna and Flonne making brief appearances. Of course, we can expect signature series characters such as the cute Prinnies, which are hand-stitched vessels for the souls of dead criminals, the Prism Rangers, a troupe of Power Rangers inspired parody characters and more.

Another possible addition could be a PvP multiplayer mode where players pit their team of 10 with an opponent in a turn based battle of wits and strategy. Admittedly, the chances of this happening are not very high considering that the series has always focused exclusively on singleplayer with very basic pseudo multiplayer interaction.

Disgaea 6 Developers: Who Are the People Behind The Game?

‘Disgaea 6’ is being developed and published by Japanese video game developer Nippon Ichi Software. Nippon Ichi Software is best known for tactical role-playing games such as the ‘Marl Kingdom’ series, ‘Phantom Brave’, etc. Their most recent game was the visual novel ‘Murderer Detective: Jack the Ripper’ for PlayStation 4 and the Nintendo Switch.

Disgaea 6 Release Date: When And Where Can I Play It?

While we don’t have a concrete release date for ‘Disgaea ‘ yet, the game was confirmed to be in production in September, 2018. However, there’s still a while to go before the final game comes out, and I wouldn’t expect ‘Disgaea 6’ to release anytime before 2022.

While we wait for more news about ‘Disgaea 6’, you can watch the trailer for ‘Disgaea 5’ right here: