Do Revenge Ending, Explained: How do Drea and Eleanor Get Revenge on Max? 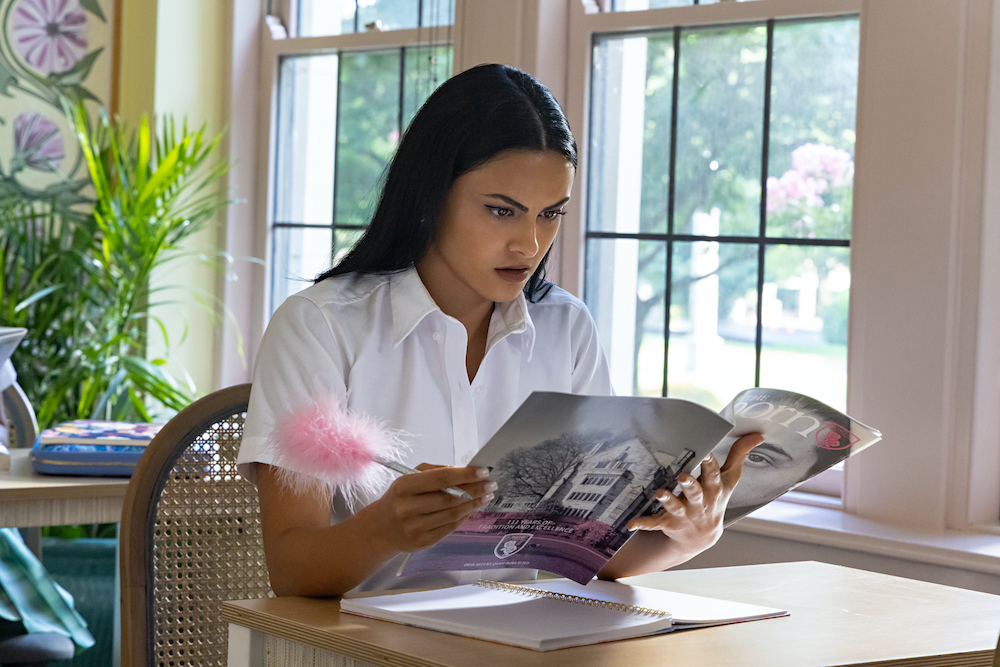 Netflix’s ‘Do Revenge’ is a teen drama that follows the story of two girls wanting revenge on people who did them wrong. What begins as a simple story of good guys trying to make the bad guys pay for their sins soon turns into a more complicated affair. Past actions are brought to light and the line between the heroes and the villains of the story blurs. Perspective becomes an important position to consider the actions of others, and in the end, the protagonists have to make a choice. Do they hold on to their revenge or do they let it go? Here is what the ending means for the characters of ‘Do Revenge’. SPOILERS AHEAD

Drea did not come from a rich family but with her dedication, she had turned herself into the queen bee of her school. She was best friends with the right girls and had the poster boy of the school as her boyfriend. She was set to confirm a place for herself at Yale. But then, one day, everything comes crashing down on her. Before the summer break, on the behest of her boyfriend, she sends him a video, which finds its way into the phone of every student in school the next day. It has Drea in a very compromising situation, and this destroys everything she’d worked for. She knows her boyfriend, Max, deliberately leaked the video, but she has no way to prove it, which means that Max will walk scot-free.

While her friends keep their distance from her, Drea meets a girl named Eleanor. After hearing about Drea, Eleanor shares her own experience where a certain girl had outed her as a lesbian a couple of years back and painted her as some pervert. Eleanor never properly recovered from it. The shared trauma forges a bond between the two girls and they come up with a plan. Drea will help Eleanor exact revenge on the girl who ruined her reputation, and Eleanor will help her bring down Max. What looks like a straightforward plan, in the beginning, takes a very different turn by the end.

Do Revenge Ending: How do Drea and Eleanor Get Revenge on Max?

When Drea’s video was leaked, she had no doubt about the fact that Max was behind it. Even though he was her boyfriend, Drea knew that he was vindictive enough to destroy her this way. However, when she openly accuses him of it, he denies any involvement. Further, he creates a feminist group for men at the school and continues with his life as if nothing had ever happened, while Drea has to face the consequences of the leak. The fact that he got away with it doesn’t sit well with Drea, which is why she hatches the plan to expose him.

When Eleanor taps into Max’s phone and comes up with the chats that show that Max has been going around with a lot of girls, while keeping all of his affairs a secret from his current girlfriend, who is also Drea’s ex-best friend, Drea believes that she finally has something to expose Max’s hypocrisy. But to her surprise, Max and his friends succeed in turning the situation in his favor. They argue that Max is in a polyamorous relationship, which means that these affairs of his cannot be counted as cheating. If anything, his multiple relationships only show just how progressive he really is.

Following this debacle, Drea realizes that the only way she’ll ever be able to prove Max’s guilt is when he confesses to it himself, in words that cannot be twisted otherwise. With Eleanor’s help, she finds a way to do that at a secret party thrown by him. Because phones are not allowed there, Eleanor gives Drea a brooch that has a hidden camera on it, so that they can capture Max’s confession. Later, however, Drea realizes that chasing this revenge fantasy has created more problems for her. She became so caught up in it that she forgot to pay attention to her academics and lost her position at Yale. She became so narcissistic that she didn’t realize she was behaving like the very person she wanted to bring down. To put an end to it, she destroys the brooch. But just then, Max reveals his true colors.

From Drea and Eleanor’s phone chats, Max discovers that the two of them had been collaborating against him. He gloats about how he destroyed Drea’s life. Turns out that instead of being happy about his girlfriend’s success and achievements, Max got jealous and thought that Drea was taking all of the attention, never acknowledging that he was the one who brought her the social status she was enjoying so much. When he saw how close Drea was to her dream of her getting into Yale, he decided to sabotage her and convinced her to make a video for him, which he then sent to everyone in school. He confesses to the entire thing and promises to further destroy Drea and Eleanor’s life. For a moment, it looks like this time too, he will walk away with it.

While Drea laments having destroyed the brooch, Eleanor reveals that she had a secret camera of her own all this time. It means that Max’s entire confession has been recorded. All they need to do now is to show it to everyone else at the party. Once that happens, everyone turns against Max. He has no way of denying or twisting his way around the video. Even his best friend doesn’t side with him anymore, and this is when Max realizes that his reputation has been destroyed. As Max is ostracised for his actions, Drea, finally, gets her revenge.

Why did Eleanor Want Revenge on Drea?

Drea and Eleanor had bonded over the fact that both of their reputations had been destroyed by the people they had trusted. For Drea, Max was the one who ruined everything. For Eleanor, it was the girl that she first confided in about her sexuality. This girl not only outed her but also added to the story about how Eleanor had tried to kiss her. She deliberately painted her as some sexual predator, and this completely broke Eleanor. When asked who did it to her, Eleanor says it was a girl named Carissa. However, it is only much later that it is revealed that it was actually Drea who’d done it to Eleanor and had completely forgotten about it.

It had only happened a few years ago, but the entire thing had such an impact on Eleanor that she became a recluse. She thought Drea would remember a thing like this, but it turns out that Drea is a narcissist and is so consumed with herself that she doesn’t even remember whom she is hurting along the way. When Eleanor realizes that Drea has no idea who she is, she decides to get her revenge. While it was Max who’d leaked Drea’s video, it is Eleanor who wishes to destroy her completely.

Eleanor takes over what used to be Drea’s life and makes her destroy Carrisa’s life. When Eleanor wishes to stop, she sees that Drea is still the same person that she used to be when she ruined Eleanor. This convinces her to go forward with the plan and wreck all good things in Drea’s life. She sabotages her Yale application and creates a rift in her relationship with Russ. Interestingly, she doesn’t even have to do a lot. Drea’s own actions lead her down this dark path. To drive the final nail in her coffin, Eleanor decides to use the original plan against Max to undo any prospects of a good thing in Drea’s life. But before she can do this, Drea comes to her senses.

At the party, Drea reminds everyone who Eleanor used to be before she got a nose job and left behind the name Nora. She also tells everyone that Eleanor likes Max’s sister, outing her sexuality, again. This brings back all the trauma that Eleanor had wanted to leave behind. This time, however, Drea realizes her mistake as soon as she makes it. She confesses that Eleanor had been right when she said that Drea hadn’t changed at all. She has been very selfish and bitter, and despite this, Eleanor had tried to be a good friend to her. Still, Drea was so caught up in her own thing that she didn’t value her friendship and continued to put her own needs first. But now, she is ready to change.

When Drea destroys the brooch that would have been instrumental in exposing Max, Eleanor realises that Drea has finally taken a turn for the better. This is what Eleanor had wanted all along. More than revenge, she’d wanted Drea to become a good person and for them to be good friends without the context of the revenge pact. After a long and winding road, Drea finally reaches that point, and Eleanor, too, lets go of her anger and her need for revenge. They pick up their friendship where it was left off and after exposing Max, close the revenge chapter, once and for all.

Read More: Is Netflix’s Do Revenge Based on a True Story?