Doom 64 Re-release: Everything We Know 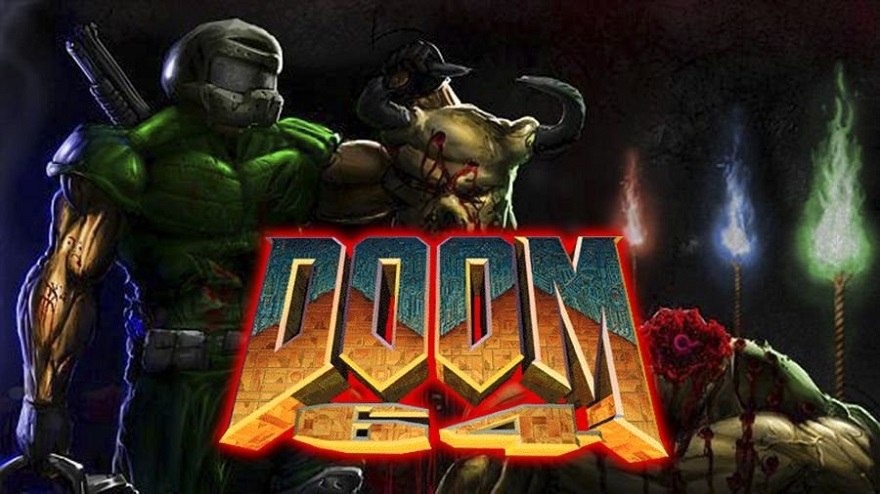 The original Doom series holds a very special position in the annals of gaming history. Not only did it launch an iconic franchise that is still thriving today, but it also spawned an entirely new genre of video games; one that dominates the gaming industry today, and has done so for nearly two decades now.

Despite their age, the original Doom games are still played by many gamers across the world on a number of platforms, especially on PC, which is appropriate since that is where the series was born. However, there is one game in the Doom lineup that never made it to PC, and it has been something of a sore spot for Doom fans for a long time now. I am of course referring to Midway Games’ 1997 Nintendo 64 exclusive ‘Doom 64’. Enterprising fans have even created entire mods (such as the excellent ‘Brutal Doom 64’ mod) in an attempt to recreate the ‘Doom 64’ experience on PC.

However, it seems like players will be able to finally boot up the iconic N64 title and play it on modern platforms with Bethesda Softworks Senior Vice President Pete Hines announcing an upcoming official re-release of ‘Doom 64’ earlier in September of this year. In preparation for the ‘Doom 64’ re-release nostalgia hype train, here’s everything we know about ‘Doom 64’.

‘Doom 64’ is a direct sequel to 1994’s ‘Doom II: Hell on Earth’. Earth has recovered from the demon invasion, but stragglers still remain on the abandoned military bases of Mars’ two moons – Phobos and Deimos. After an unsuccessful attempt at bombing the demons out of existence, a team of marines is sent to push back the demons from hell. However, a mysterious and powerful new entity massacres all but one of the soldiers. As the sole survivor, you must investigate and neutralize the demon threat before it’s too late.

That’s about the extent of the game’s story line, but then, the Doom games were never known for complex and varied plot lines. The story only serves as a medium for you to shoot hordes of demons in the face, and this is where the game truly shines.

‘Doom 64’ is a first person corridor shooter, first released at a time when the FPS genre was in its infancy. It was the first Doom game to arrive on consoles and heralded the golden age of First Person Shooter video games.

The player navigates the 30+ levels of the game via narrow corridors that frequently open up into more spacious rooms and hallways. You are regularly accosted by a wide variety of hellish demons, each of which requires a different strategy to take down. To service all your demon killing needs, the game features numerous weapons you can find hidden throughout the level, as well as keys, switches and hidden secrets that can unlock special bonuses and items.

All the weapons from ‘Doom II: Hell on Earth’ make a return in ‘Doom 64’ including the Fist, Chainsaw, Pistol, Shotgun, Super Shotgun, Chaingun, Rocket Launcher, Plasma Gun and the BFG9000. An all new weapon known as the Laser or the “Unmaker” also makes an appearance, with the ability to be upgraded by finding three hidden ancient artifacts known as the “Demon Keys”. These Demon keys unlock weapon upgrades for the Unmaker such as faster firing and multiple lasers.

While it may be hard to believe it now, but ‘Doom 64’ was a very impressive game for its time. It leveraged the Nintendo 64’s hardware to produce visual effects and techniques never before seen on consoles and even managed to put the PC versions of Doom to shame in the graphics department. The game also earned rave reviews for its enhanced emphasis on atmosphere and horror instead of just being a mindless demon murder rampage.

The upcoming ‘Doom 64’ re-release will be treated to a visual overhaul, with high-definition graphics and full widescreen support for modern displays. As with the original, the re-release will not feature any multiplayer mode.

Doom 64 Developers: Who Are The People Behind It?

The original ‘Doom 64’ released in 1997 was developed and published by the now defunct Midway Games, and supervised by franchise creator id Software.

The ‘Doom 64’ re-release is being ported and published by Bethesda Softworks, best known for games like ‘The Elder Scrolls V: Skyrim’ and ‘Fallout 4’.

Doom 64 Release Date: When And Where Can I Play It?

While initially slated to launch on November 22 exclusively for the Nintendo Switch, the release of ‘Doom 64’ has now been pushed back to March 20, 2020 to coincide with the upcoming next generation title ‘Doom: Eternal’. The release has also been expanded to other platforms, including the PC, PlayStation 4 and Xbox One.

Bethesda also announced that ‘Doom 64’ will be available free of charge with a pre-order of ‘Doom Eternal’.

For a shot of nostalgia, check out the trailer of the upcoming ‘Doom 64’ re-release here:

Read More: Everything We Know About Doom Patrol