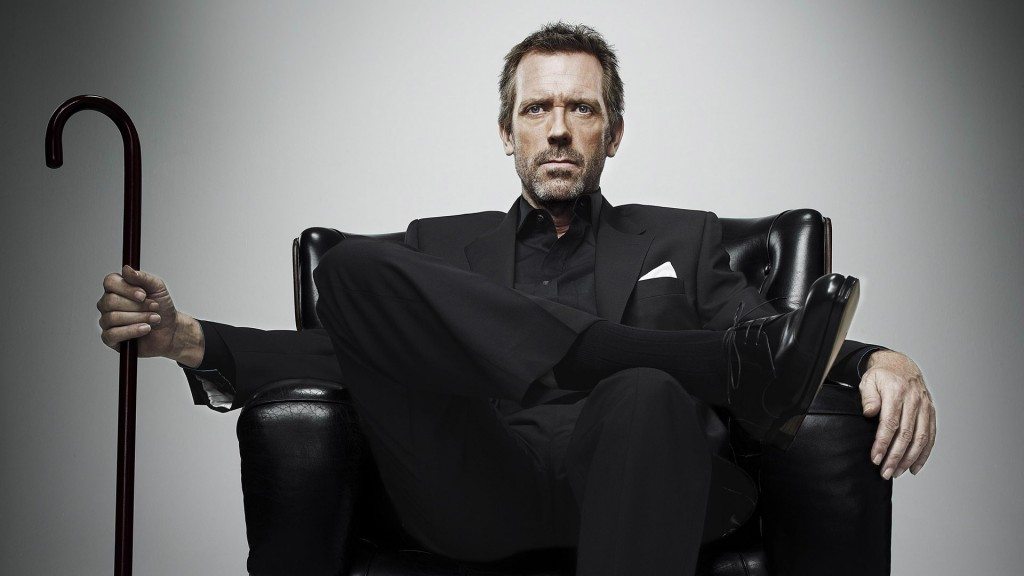 House! What kind of name is that? Of course, we hear a lot of weird names, but nothing like House. There is something cold about the name; devoid of any tangible feeling or emotion. Home is something for which you have an emotional attachment to, but House? House is just the building where you live–as brutally pragmatic as that. Perhaps it is this cold-hearted aloofness that David Shore wanted to convey when he named both his show and its title character ‘House’. One of the most popular television shows of the twentieth century, ‘House’ turned out to be one of those rare shows which managed to consistently raise the bar and innovate within the parameters of conventional television procedurals.

A year ago, I hadn’t seen a single TV show my entire life. Always a movie guy, I held the belief that television was cheap entertainment and nothing more than instant gratification. And then I saw ‘Twin Peaks’ and nothing was ever the same. David Lynch’s weirdly absurd and trippy world convinced me that it is indeed possible to conceive something great via the medium. Since then, I have seen quite a few popular television shows; some of them terrible, but some gave me a sense of completeness that I have only felt while watching a great movie. Yeah, I still think cinema is the ultimate artistic expression, but television isn’t all bad either. In fact, if there is one thing that serialized television can excel in, it is great characterization. Writers and show-runners have the means to portray an individual over several years; as we see them grow older and change with time. ‘Breaking Bad’ did that brilliantly, as we see Walter White, a proud and honest high school chemistry teacher turn into a brutally relentless meth cook over six years. And David Shore does that with uncharacteristic brilliance over the course of eight seasons in ‘House’; and at the end of it all, I still don’t have an answer to the question, who really is Dr Gregory House?

When David Lynch premièred ‘Twin Peaks’ in 1991, he changed television forever; managing to get it out from the rut it was stuck in. But nothing happened overnight, and 13 years later, when ‘House’ premièred, television was still in transition. There were brilliant shows like ‘Lost’ and ‘The Sopranos’, but a lot of them suffered from one big problem: If you’ve seen one episode, you’ve seen them all. And despite some brilliant episodes and intelligent plot devices and arcs, even ‘House’ fell into this trap where after a while, everything seems stale and unoriginal. But, despite all its ups and downs, Greg House, the title character shines through with his subtle intricacies and deep, subverted complexities. So, what is it about Dr House that makes so fascinating? Let’s try and figure it out. 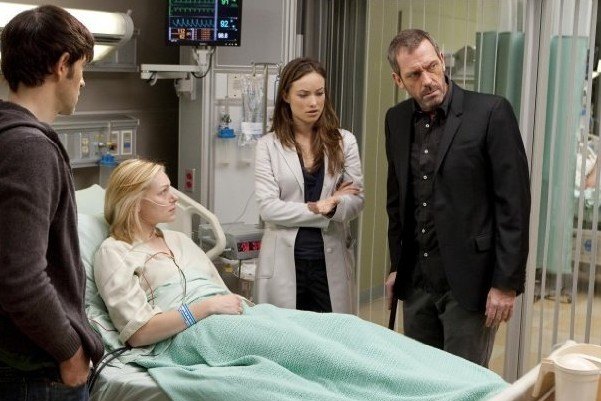 To put it quite plainly, Dr Gregory House is a misanthropic, misogynistic, idiosyncratic medical genius who also happens to be a Vicodin addict. Serving at the Princeton-Plainsboro Teaching Hospital as the head of the Department of Diagnostic Medicine, Dr House’s primary duty is to diagnose illnesses that other doctors are unable to piece together. And in this endeavor, he is assisted by a team of doctors along with his own innate observational study and psychoanalysis of the patient. Much of House’s success is owed to his utter disregard for authority and regulations, where he’s willing to go to any lengths to diagnose his patients, which might include putting their lives at risk. Why is he still allowed to practice despite his eccentricities and his drug problem? Simply because House is a genius who is right more often than not. But despite his successes, he still spars with his boss and Dean of Medicine Lisa Cuddy over his lack of humility and respect for anyone. His only emotional relationship is his with his best friend and colleague Dr James Wilson.

While the picture I just painted could just as well have been that of a despicable man, Dr House is not one. In fact, he is quite the opposite. With his childlike stubbornness and irreverent attitude, you fall for him. Yes, there are moments when you feel pure hatred for him, but by and large he is a man you will like, on TV if not in real life. And it has little to do with the fact that he is a genius; that is just incidental. What is even more fascinating is the man himself; the man beneath all the idiosyncrasies; the man who despite trying hard to be inhuman, is profoundly human. And while, the show itself might deceive us into believe that Dr House’s cold-heartedness is due to his chronic pain as a result of an infarction in his leg, the truth might not be as black and white.

Though it may seem at the outset that House does not care about his patients; that the puzzle is all that matters to him (his friend Wilson calls it the Rubik’s complex), in actuality, he does care for his patients despite trying hard not to. He will never show it; he will stoutly deny it, but he does care and he hates himself for it. Because beyond all the wisecracking sarcasm, House is a terrified of human connections. He unwittingly draws people into his life before pushing them away; it is as though he cannot live without the pain, both physical and emotional. Even with Wilson, he tests his friendship, stretching it to extremes to see whether it breaks. And when it finally does, he is mortified. For someone who tried his entire life not to care, realizing that he lost the one emotional connect he had was devastating.

Throughout the eight years that we know House, if there is one personality trait of House that shines through, it is his nihilism. Both his philosophy and ideology is stemmed from the belief that the world is the dark, ugly place that he thinks it is. He goes to extreme lengths to prove his case, especially with regards to his patients; and while is often right, there are times when he gets it wrong. But, unlike what you would expect, an anomaly in his worldview does not make him revisit it. Perhaps that’s the only way he knows how to survive; to believe that he is not the anomaly, that the world is just as warped and messed up as he is.

“Everybody lies”! Two words that House fans will always tell you; words that were immortalized by the man himself. And even he lied! In fact, he was living a lie; a lie that helped him crawl through his miserable existence, letting everyone around him into believing that he is a man driven by truth; when actually he is not that man. None of us are; and House is as flawed, pathetic and insecure as the rest of us. All his antics, his bottled down fears and his insecurities are a testament to this fact. In fact there are lot of contradictions in his character that I had initially blamed on poor writing. But I was wrong; House, like all of us, is a man of contradictions. Don’t we all say things to serve ourselves when it matters; don’t we all go back on our own ideals and beliefs with time; and being a depressed genius doesn’t make him any different.

Let me clarify here; I do not like House. I do not hate him too, but he’s not the kind of guy I want to be around; medical genius and all. But I do feel for him and I am definitely fascinated by him. And a huge credit for that goes to Hugh Laurie, the British comedian-musician who literally inhabits the character, bringing his eccentricities and quirks to life. With just the right mix of sarcasm and emotional disentanglement, Laurie brought depth to man who could just as easily have turned into despicable schmuck. And from the pilot itself, there are subtle indications that this man has a dark, broken interior beneath all the jokes and pranks. Not to mention his love-hate relationship with his friend Wilson (Robert Sean Leonard); a complicated relationship that both actors pull off with finesse.

House is not a perfect show. Hell, it’s not even close. But Dr House is arguably one of the most compelling television characters I’ve ever seen (in my limited TV experience). Creator David Shore has since confessed that the character is hugely influenced by Sherlock Holmes and that is no surprise as the similarities are quite apparent. But I have to confess: I have never seen a Sherlock Holmes adaptation as emotionally engaging and compelling as House. Most of the adaptations of the Arthur C Doyle masterpiece are either caricatured or devoid of emotional heft (sorry ‘Sherlock’ fans). And then we have House, a depressed man desperately trying to fill the void in his messed up existence. That is what makes House tick; that’s what makes him emotionally sumptuous to watch.

In absolute terms, House may not be the best television character ever, but he is my personal favorite. Though I am nothing like him, I can emotionally relate to him; in a weird way, I even feel for him. Perhaps it is the realization that though I am not as intelligent as he is, I am as messed up, struggling to find some semblance of meaning to push myself through life. Perhaps it because there are times; when I am down, I feel the same cynicism and nihilism that he does; and in that singular moment, everything sucks.