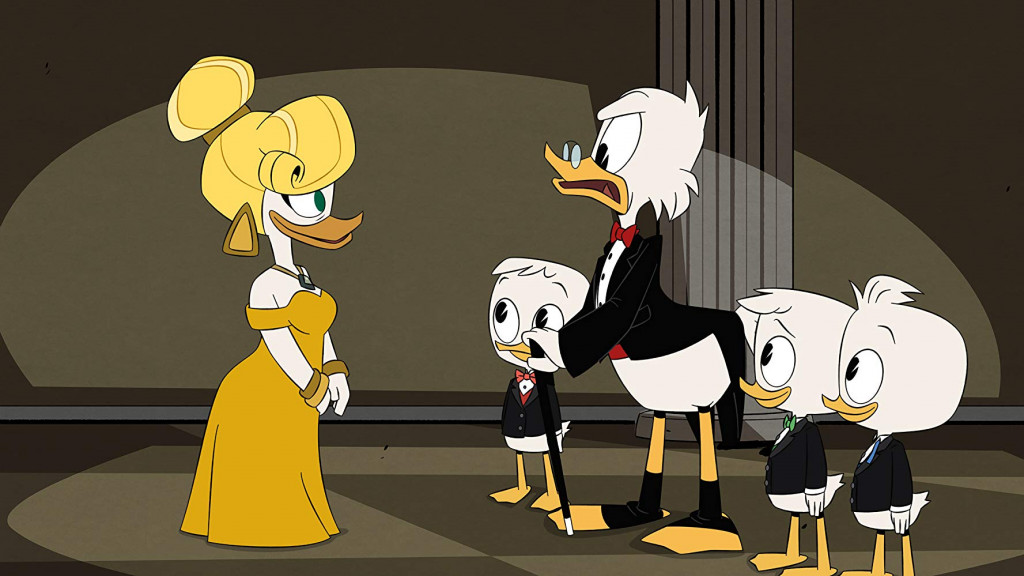 ‘DuckTales’ by Matt Youngberg and Francisco Angones is a reboot of the 1987 series, titled the same. The first season premiered in August 2017. The opening of the first season witnessed the coming together of Scrooge McDuck and one’s beloved character from childhood, Donald Duck. Together, along with his nephews Huey, Dewey, and Louie, they move into McDuck’s manor. Scrooge, contrary to his name and nature, starts to change and become more jovial. Together, they go on treasure hunts and adventures. They battle against foes like Flintheart Glomgold and the Beagle Boys. In the midst of all this, Dewey tries to find out the cause of rift between McDuck and Donald. Della Duck (Donald’s sister) goes missing, along with Huey and Dewey. The end of season 1 sees the resolution of these conflicts while battling out villains.

The second season sets its focus on the competition between McDuck and Flintheart to see who makes more money. Della is finally back, but Donald is stuck right where she was. Season three, on the other hand, begins to witness the attack by F.O.W.L, which has sinister plans to eliminate the Duck family. Scrooge learns the real reason for the attacks by F.O.W.L. They are in search of the long-hidden treasures on Earth. The stakes riding on Season 3 is high as the Ducks have to figure out a way to re-stabilize their lives.

‘DuckTales’ Season 3 Episode 3 Release Date: When Will It Premiere?

Where to Stream ‘DuckTales’ Online?

You can watch the new episode online on Disney Now. You can also stream the episode on Amazon Prime Video, iTunes, and YouTube TV.

Episode 2 titled, ‘Quack Pack’ shows Donald, his nephews, Della and Scrooge, trying to beat F.O.W.L. Comically, in this process, they get stuck in a sitcom. The nephews’ act out a couple of dialogues in the standard slapsticks format of cheap sitcom shows. All the while this is happening, Donald stands there holding a deflector for the shoot. While the others are going at jokes, one after the other, Donald goes into deep reprieve. He wishes his family had mundane family problems instead of complicated adventures.

The whole episode’s fiasco is doubled when Donald makes a wish that makes him more sad than happy. As Donald’s wise yet anxious mind goes to the deep end of the lake, Goofy makes an appearance to give Donald the advice that it’s the family that counts more than the ‘where’ of situations. In some way, it is a dig at the comedy of sitcoms that can be quite superficial. Goofy urges Donald not to put up a show for the sake of others. Della’s disappointment with Donald is evident but to no avail. Donald’s love for his family makes him wish for things to go back to normal. The final wish he makes is for a framed photo of his family, as Donald says, ‘his quack pack.’ The coming episode should have more of the ducks’ battle with the F.O.W.L.