Is Dunkrik Based on a True Story? 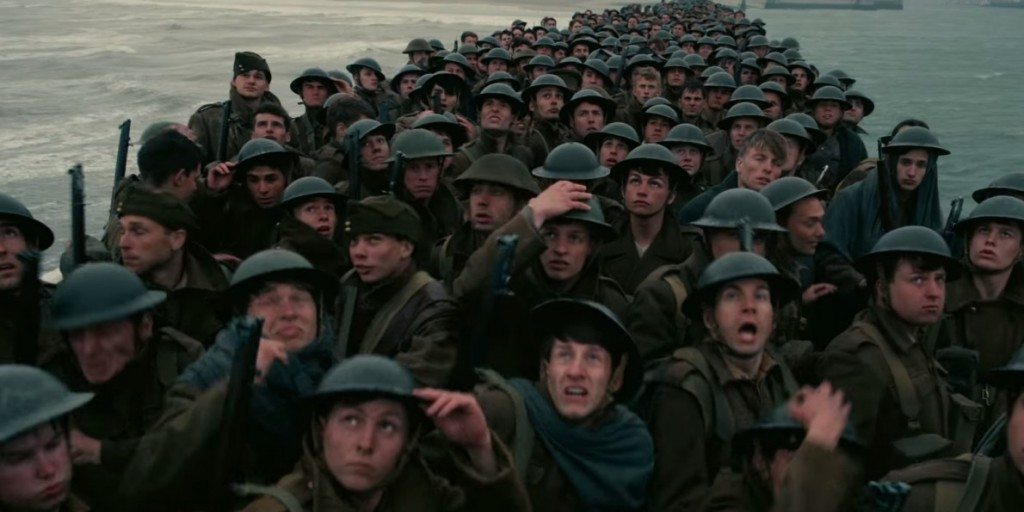 I am sure at some point many of you might have wondered: what exactly is Dunkirk? What’s the history and background behind it? And is it based on a true story? Well, worry no more, because we are here to help! Read on.

Dunkirk is a commune in the Nord department in northern France. It lies 10 kilometres (6.2 mi) from the Belgian border. It came into limelight, first during World War I, when a spy hysteria broke out. The writer Robert W. Service, then a war correspondent for the Toronto Star, was mistakenly arrested as a spy and narrowly avoided being executed out of hand. But it really became famous during World War II when The Battle of Dunkirk took place here between the Allies and Nazi Germany.

Is Dunkirk a True Story?

After Nazi Germany invaded Poland in September 1939, France and the British Commonwealth and Empire declared war on Germany. The British Expeditionary Force (BEF) was sent to aid in the defence of France. After the Phoney War, Germany invaded Belgium and the Netherlands on 10 May 1940, and three of their Panzer corps attacked France through the Ardennes and rapidly drove to the English Channel. By 21 May, the German forces had trapped the BEF, the remains of the Belgian forces, and three French armies in an area along the northern coast of France in and around Dunkirk. Commander of the BEF, General The 6th Viscount Gort, immediately saw that evacuation across the Channel was the best course of action and began planning a withdrawal to Dunkirk, the closest location with good port facilities. On 22 May 1940, a halt order was issued by the German High Command, with Adolf Hitler’s approval. This gave the trapped Allied forces time to construct defensive works and pull back large numbers of troops toward Dunkirk, to fight the Battle of Dunkirk.

The War Office in Britain made the decision to evacuate British forces on 25 May. This evacuation operation was named Operation Dynamo. 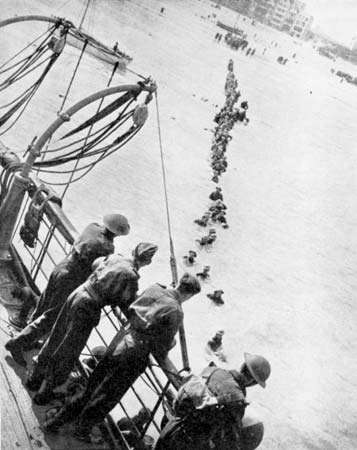 The docks at Dunkirk were too badly damaged to be used, but the East and West Moles (sea walls protecting the harbour entrance) were intact. Captain William Tennant—in charge of the evacuation—decided to use the beaches and the East Mole to land the ships. This highly successful idea hugely increased the number of troops that could be embarked each day, and indeed at the rescue operation’s peak, on 31 May, over 68,000 men were taken off.

The last of the British Army left on 3 June, and at 10:50. However, British Prime Minister Churchill insisted on coming back for the French, so the Royal Navy returned on 4 June in an attempt to rescue as many as possible of the French rearguard. Over 26,000 French soldiers were evacuated on that last day, but between 30,000 and 40,000 more were left behind and forced to surrender to the Germans.

Following the events at Dunkirk, the German forces regrouped before commencing an operation called Fall Rot (“Case Red”), a renewed assault southward, starting on 5 June. Although two fresh British divisions had begun moving to France in an attempt to form a Second BEF, the decision was taken on 14 June to withdraw all the remaining British troops; an evacuation called Operation Ariel. By 25 June, almost 192,000 Allied personnel, 144,000 of them British, had been evacuated through various French ports.

The loss of materiel on the beaches was huge. The British Army left enough equipment behind to equip about eight to ten divisions. Discarded in France were, among huge supplies of ammunition, 880 field guns, 310 guns of large calibre, some 500 anti-aircraft guns, about 850 anti-tank guns, 11,000 machine guns, nearly 700 tanks, 20,000 motorcycles, and 45,000 motor cars and lorries. Army equipment available at home was only just sufficient to equip two divisions. The British Army needed months to re-supply properly and some planned introductions of new equipment were halted while industrial resources concentrated on making good the losses. Officers told troops falling back from Dunkirk to burn or otherwise disable their trucks (so as not to let them benefit the advancing German forces).

The Dean of St Paul’s, Walter Matthews was the first to call the evacuation the “Miracle of Dunkirk” (on 2 June).

A marble memorial to the battle stands at Dunkirk. The French inscription is translated as: “To the glorious memory of the pilots, mariners, and soldiers of the French and Allied armies who sacrificed themselves in the Battle of Dunkirk, May–June 1940.”

Side-note: The movie ‘Atonement’ (2007) is also partly based on Dunkirk evacuation.