In November 2011, Edwardyne Williams, who was still reeling from her husband’s death, suddenly disappeared. As the authorities continued to search for her, all signs pointed toward foul play. Investigation Discovery’s ‘Heart Of Darkness: History Of Violence’ delves into Edwardyne’s case and how the authorities zeroed in on one of the people closest to her. So, if you’re curious to find out more, we’ve got you covered.

How Did Edwardyne Williams Die?

Edwardyne “Dynee” Ann Williams was born in November 1961. The Michigan native was described as always being independent. She was close to her brother, Robert Kreel, and prioritized family. Furthermore, Edwardyne was a loving mother to Ann Ellison and Tabatha Jones through her first marriage and to Robert Terry Ellison through a previous relationship. At the time of the incident, Edwardyne had been dealing with the loss of her second husband, Michael Williams, who died in December 2010.

Edwardyne’s brother began to worry when he couldn’t reach her over the phone. The investigation revealed that she was last seen on November 27, 2011, and was reported missing days later. On December 4, 2011, Edwardyne’s car was found parked on the side of the road in Hope Mills, North Carolina, not far from her home. It had her phone and house keys, but the car keys were missing.

Curiously, Edwardyne’s purse was found hanging on a tree nearby with money and two checkbooks inside. On December 11, 2011, her body was found in a wooded area less than a mile from her residence. Edwardyne was located face down and fully clothed at an illegal trash site. An autopsy revealed that the 50-year-old had been strangled to death, but there were no signs of sexual assault.

The investigation revealed that Edwardyne Williams had been with a friend, Wayne Black, the night before she went missing. According to the show, they had gone to a concert in South Carolina, and Edwardyne called him at around 1 AM on November 27, 2011, to thank him for taking her out. The family was also concerned about her because Michael’s death anniversary was coming up.

Then, they questioned Terry, who had recently moved in with his mother to help deal with Michael’s loss. At the time, he stated that Edwardyne had recently gone on a vacation and told him she was going out for a bit before her disappearance. Terry added, “I didn’t think nothing of it. Three days go by, and I still didn’t think nothing of it. The fourth, fifth day, my uncle stops by and says, ‘Maybe we ought to see where she’s at.'” The authorities knew he was the last person to have seen Edwardyne alive and began looking into him.

Evidence and testimony revealed that Terry had a difficult home life growing up and had been hostile toward his mother throughout. Apart from being in and out of the house, Ann stated that he often drank and did drugs when he was younger. Terry believed Edwardyne was the root of all his problems; he was accused of mentally abusing her and calling her names. Edwardyne’s brother Robert stated that when he came by to check on his sister, Terry claimed she left after they fought. Robert added that Terry didn’t seem concerned.

Soon, the authorities also heard from Edwardyne’s college advisor. She had been pursuing a master’s degree at the time. He told the police that she had been concerned about Terry moving back. According to him, she was worried that he would hurt her. Then, Tara Canady, Terry’s former partner, told the police that he often choked her during arguments. According to Tara’s mother, Terry had also threatened Edwardyne in the past. Finally, Tabatha testified that he bent their mother’s finger backward during an argument in 2006.

Where is Robert Terry Ellison Today? 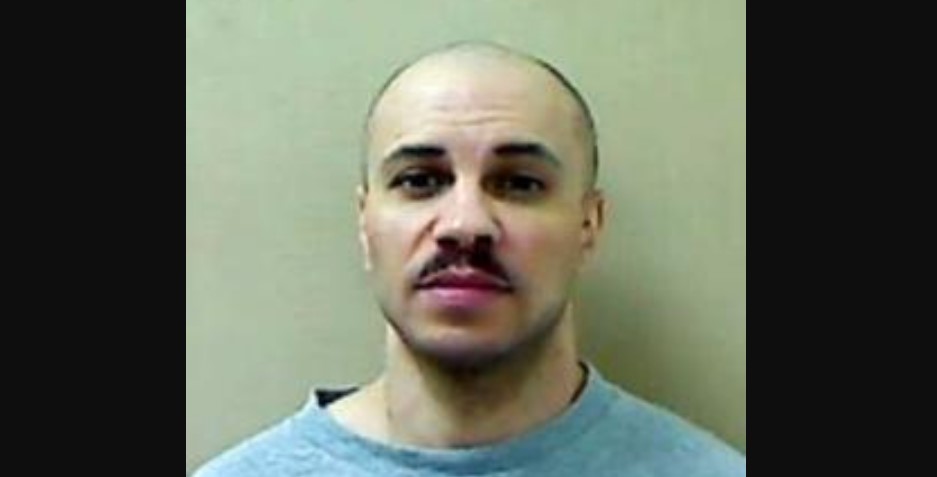 While the authorities didn’t have any biological evidence to tie Terry to the crime, they found Edwardyne’s car keys in the house upon searching. They believed that Terry killed his mother in a fit of rage, dumped her body, and then parked the car on the side of the road to throw off the investigation. In November 2015, then 33, Terry was convicted of first-degree murder and was sentenced to life in prison without the possibility of parole despite maintaining his innocence. Prison records indicate that he remains incarcerated at Scotland Correctional Institution in Laurinburg, North Carolina.