Review: ‘Ee Ma Yau’ is a Beautiful Piece of Art That Deserves to be Seen 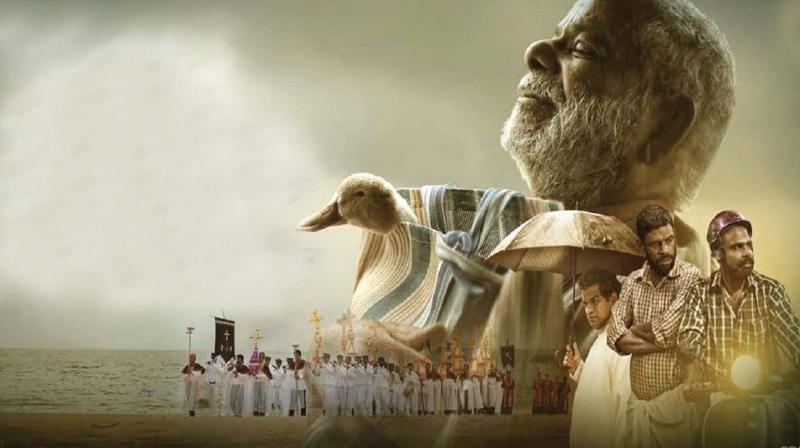 Malayalam cinema has had an excellent run with critics this past year and the couple of months passed of 2018, and from the looks of it, I have a feeling this is going to be kept up for a good long time to come. Artistic merit was seen in all its glory in great films like ‘Thondimuthalum Driksakshiyum’ and ‘Mayaanadhi’, and even seemingly commercial films like ‘Sudani from Nigeria’ had a nerve of aesthetic quality about them. I had a lot of expectations going into ‘Ee Ma Yau’ ever since it won big at the Kerala State Film Awards. 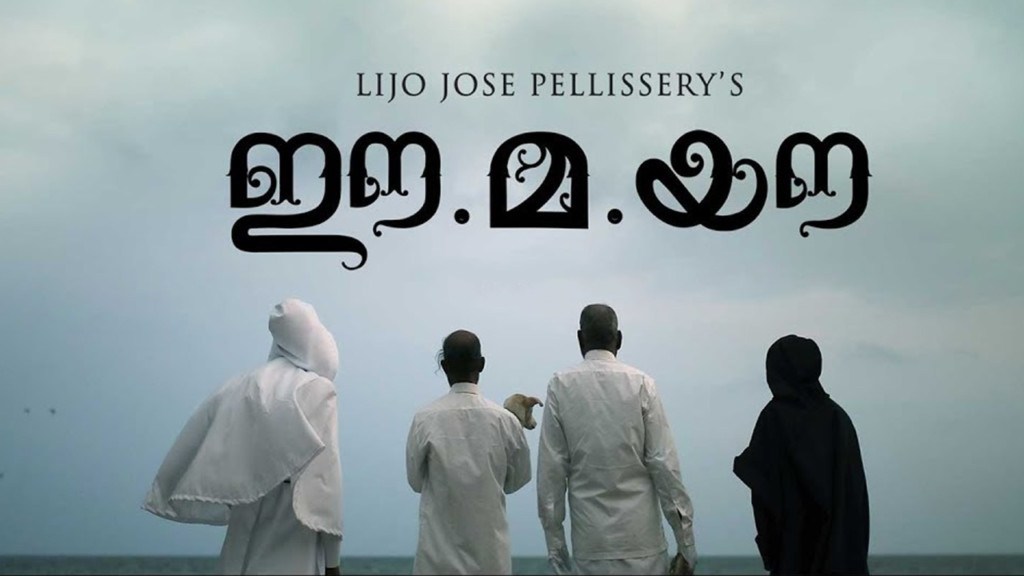 ‘Ee Ma Yau’ is not your average Malayalam movie. Its interests, for one thing, lie in describing a situation in detail, as opposed to telling a structured story or conveying strong emotions. To make a comparison to the bland, dry cinematic style of a filmmaker like Michaelangelo Antonioni could seem applicable but wouldn’t be totally right, because there are scenes of actual emotional output in the film, though elements of a dramatic nature are given little value on the whole. This prompts it to appear authentic and sit close to reality, which, funnily enough, is the factor that helps engrave the picture’s haunting tone deep into your mind.

The film deals with the aftermath of a death: how it affects different people connected either directly or indirectly to the deceased soul, and how further proceedings are carried out. The theme alone is brilliant, but what I especially adored is how they went about executing their ideas. The entirety of the picture takes place during the course of one cold, stormy, terrible night, just off the coast in a tiny fishing village. The opening couple scenes, following a beautiful shot of a church band marching along the beachside under the blissful morning sun, familiarise the audience with the man who will soon cease to exist. He has aged, and he has a couple of quirks complementing his time on the planet. He gets drunk with his son on the night of his passing, and the sudden bereavement burns a small fire that slowly spreads throughout the area, the story going around from mouth to mouth.

Lijo Jose Pellissery, the director, understands very well what he has been given to work with. His central characters are near perfect in the way they have been constructed. This includes Chemban Vinod’s Eeshi (a marvelous performance among many others, I must say), the aforementioned son, and his family, mostly filled with women who come to terms with the elder’s departure by crying deeply in a sing-song closely related to the village culture (an act that might even claim a stand as an art-form because of how darkly creative it is with its cynicism). Also in line is Vinayakan’s Ayyappan, a party member, and close friend of Eeshi’s, who helps him carry out the “dream funeral” his father had requested moments prior to his passing in a casual, intoxicated conversation.

‘Ee Ma Yau’ is very much a theatrical experience as it is a personal one, with strong winds gushing about the screen and the sound of heavy rain filling up the entire hall. I found each character interesting in their own way, though a couple of them, like Dileesh Pothan’s Vikariyachan, felt like a parody left under-explored. Where the film hits biggest is its close attention to detail with its portrayal of sadness, curiosity, kindness, and distrust. The scenario in which the father passed is brought up and questioned in talks here and there as the villagers pile up outside the house. Inside, confusions ensue as the death is made to pass through several formalities amidst a sad, broken household captured so magnificently that it hits very close to home, and I, personally, recalled the several funerals I had attended in the past of relatives and friends near and far.

The film takes an experimental route with the way it handles its sentiments, as no individual feeling seems permanent, at least as far as the tone is concerned. I did take issues with the resultant imbalance of the same nearing the third act, which made the actions of several characters a little hard to believe (given that the film seems to base itself upon the concepts of verisimilitude), and this might actually be my biggest and only real flaw with ‘Ee Ma Yau’. Unfortunately, this dents the climax as the final actions feel unstimulated and hence fail to have the emotional weight they could’ve otherwise carried.

One of the film’s biggest accomplishments is the way it handles chaos, something that the entire second half is drenched in. It almost feels too life-like, the way problems pile upon problems and confusions magnify into issues, and every single bit of this is handled meticulously, resulting in a painful numbness as uneasiness and helplessness slip into the mixture. The major sub-theme of the film is that “dream funeral”, though, a thought that prongs the back of Eeshi’s head like a sharp knife. A man’s dying wishes to be sent off in a grand procession, one that is so memorable its spectators wish, for at least a moment, that it was them in the casket, is that too much a request to grant, even amidst dire financial situations?

‘Ee Ma Yau’ asks more than it answers, and it shows more than it tells. It’s a beautifully crafted work of art that offers little closure, but it gets its messages across with subtlety and patience, two aspects of the cinematic language that are often forgotten in Indian cinema, though they work marvels in character studies and mood pieces such as this. For that, and for telling a neatly woven tale with confidence and commitment, I congratulate this fine piece of filmmaking that really got to me; a modern classic, and the best Malayalam film of the year so far.