Ernest and Charlene Scherer Murders: Where is Ernie Scherer Now?

In March 2008, loving grandparents Ernest and Charlene Scherer were found beaten to death in their home in Pleasanton, California. While the brutality of the crime shocked many, it also led the authorities to believe that the killings were personal. Investigation Discovery’s ‘Married With Secrets: Gambling With Death’ chronicles how the killer’s double life eventually led the police to his arrest. So, if you’re wondering what exactly happened in this case, we’ve got you covered.

How Did Ernest and Charlene Scherer Die?

Ernest and Charlene Scherer married in 1976 and had two children together: Ernie and Catherine. The family lived in San Ramon, California, while the kids grew up. Ernest made his money in the real estate business while Catherine worked as an accounting professor for more than three decades. At the time, the couple lived in the Castlewood Country Club in Pleasanton. The family was supposed to take a trip on March 15, 2008. When Catherine called her parents to talk about it, she couldn’t get a hold of them.

Catherine then called an employee at the club to check on her parents. The authorities were alerted when the employee peeked through a window only to see Ernest in a pool of blood. On March 14, 2008, the police found Ernest and Charlene’s decomposing bodies. They were bludgeoned to death with a blunt object and stabbed multiple times. However, there were no signs of forced entry, and robbery was ruled out because money, including Ernest’s recent gambling winnings, was still left at the house untouched.

Who Killed Ernest and Charlene Scherer?

The Scherers were last seen on March 7, 2008, when they went out for dinner at around 6:30 PM before retiring to their residence. The crime scene appeared to be staged, with bloody footprints made by a size 12 shoe that the authorities believed were left by the killer to throw the police off his scent. There was initial speculation that Ernest might have made a few enemies during his tenure on the San Ramon School Board, which might have led to their murders. In fact, he was supposed to meet the mayor regarding what he thought was corruption going on within the board.

After the authorities ruled out Catherine and some other close friends, they set their sights on Ernie. He was a professional poker player and seemingly led the perfect life with his wife, Robyn, and their three-year-old son. Upon digging deeper, the police learned that Ernie was in financial trouble. He had borrowed over $600,000 from his parents and incurred some gambling debt. Furthermore, Ernie was also having multiple extramarital affairs.

Later, it came to the authorities’ attention that Ernie stood to gain more than $2 million from his parents’ estate when he turned 30. He had asked for a copy of the will just days after the double murder, something the police felt was suspicious. When questioned, Ernie claimed that he was sleeping at his home in Brea, California. He was alone because his wife was visiting family elsewhere. The authorities did not have any physical evidence that tied him to the murder, so he wasn’t arrested.

When surveillance footage close to the Scherers’ home was examined, the police saw a vehicle matching the description of Ernie’s car enter the neighborhood at around 8:27 PM on the night of the murders. The same vehicle left about 4 hours later. The authorities looked for evidence inside Ernie’s car, but he had the inside and outside thoroughly washed just days after the murders.

Ernie’s phone records indicated a lack of activity for seventeen hours starting from the early afternoon of March 7, 2008. The car was seen leaving the neighborhood at around 12:42 AM, and when the police made the drive from there to Ernie’s home, they reached at approximately the same time his phone was activated again on March 8, leading them to believe Ernie made the drive.

The investigators found a warranty card for a Nike baseball bat at the crime scene. Since they knew Ernie was in Primm, Nevada, at some point, they focused on that location and found a Nike store over there. Upon checking, the police learned that Ernie bought a baseball bat, a pair of size 12 shoes, and soccer gloves. He paid for them using cash on March 7. Robyn later told the police about Ernie muttering about one of the swords missing from the linen closet at the Scherer home. There were bloody footprints leading to the closet, and the police believed that the missing sword was used to inflict the stab wounds.

Where is Ernie Scherer Now? 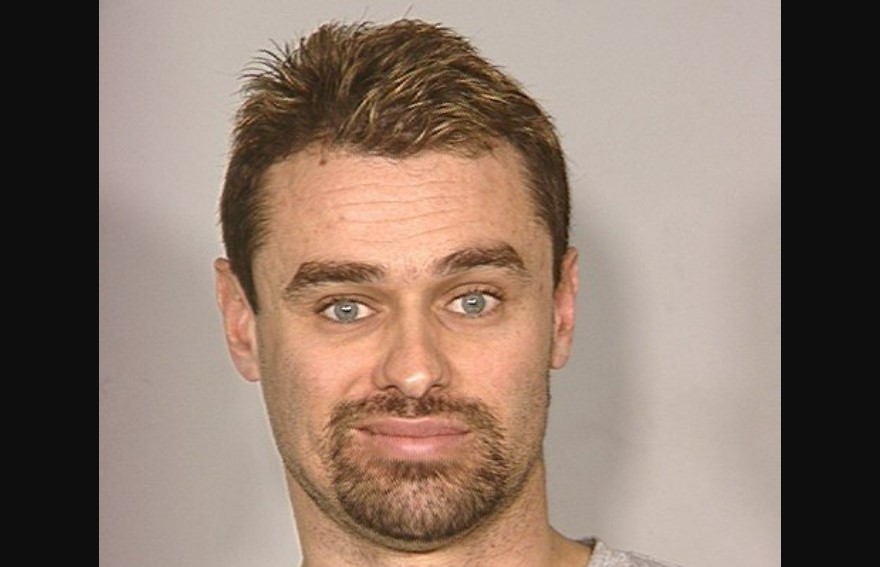 Ernie was arrested in February 2009 and stood trial in 2011. Despite it being a circumstantial case, the prosecution was able to garner a conviction. Ernie, then 32, was found guilty on two counts of first-degree murder as well as three special-circumstance allegations: two counts of murder for financial gain and one count of committing multiple murders. He was handed down two consecutive terms of life in prison without the possibility of parole in May 2011. As per prison records, he remains incarcerated at the High Desert State Prison in Susanville, California.