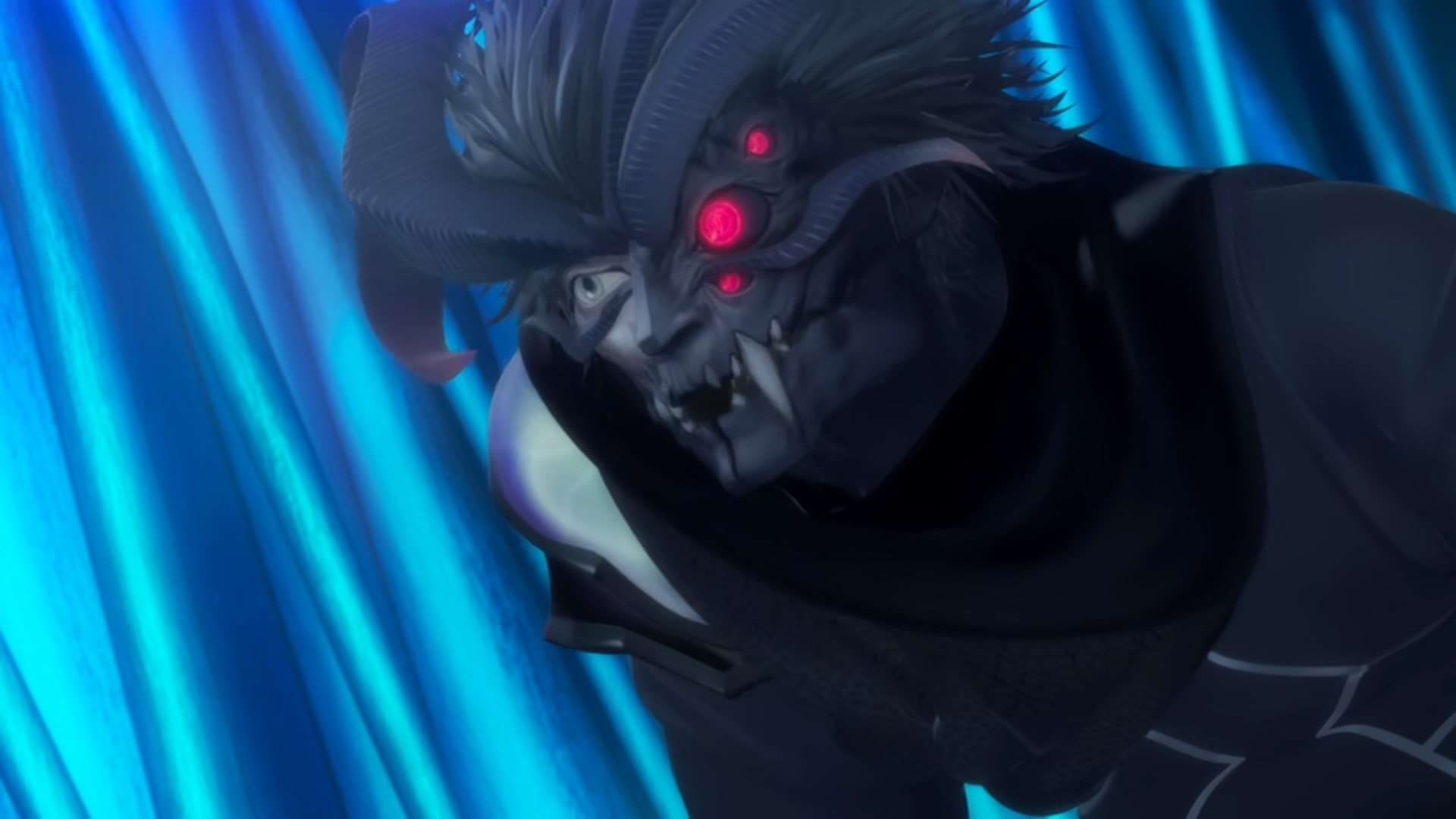 Created by the well-known filmmaker Hirotaka Adachi, Netflix’s ‘Exception’ is a science-fiction anime produced by Tatsunoko Production (‘Neon Genesis Evangelion‘). The show is set in a distant future and follows an advanced team of biologically 3D-printed members who go to the Planet 10-X to ensure its terraformation. With humanity’s future on its shoulders, the crew must work together for the seemingly impossible goal. But circumstances soon force them to wonder whether all of them are even on the same page or not. Here’s everything you need to know about the ending of ‘Exception’ season 1. SPOILERS AHEAD!

With the clear objective of the Planetary redevelopment mission along with all other memories intact, Nina, Oscar, Petty, and Mack are biologically 3D printed on a ship heading to Planet 10-X. Unfortunately, when Lewis, the last member of the advanced team is finally printed as well, the crew is shocked to see the results. The deformed beast-like appearance of Lewis is unlike what they know him to be and realizing that he has little brain function, they eventually decide to euthanize their friend so that his biomaterial could be used to reprint him. 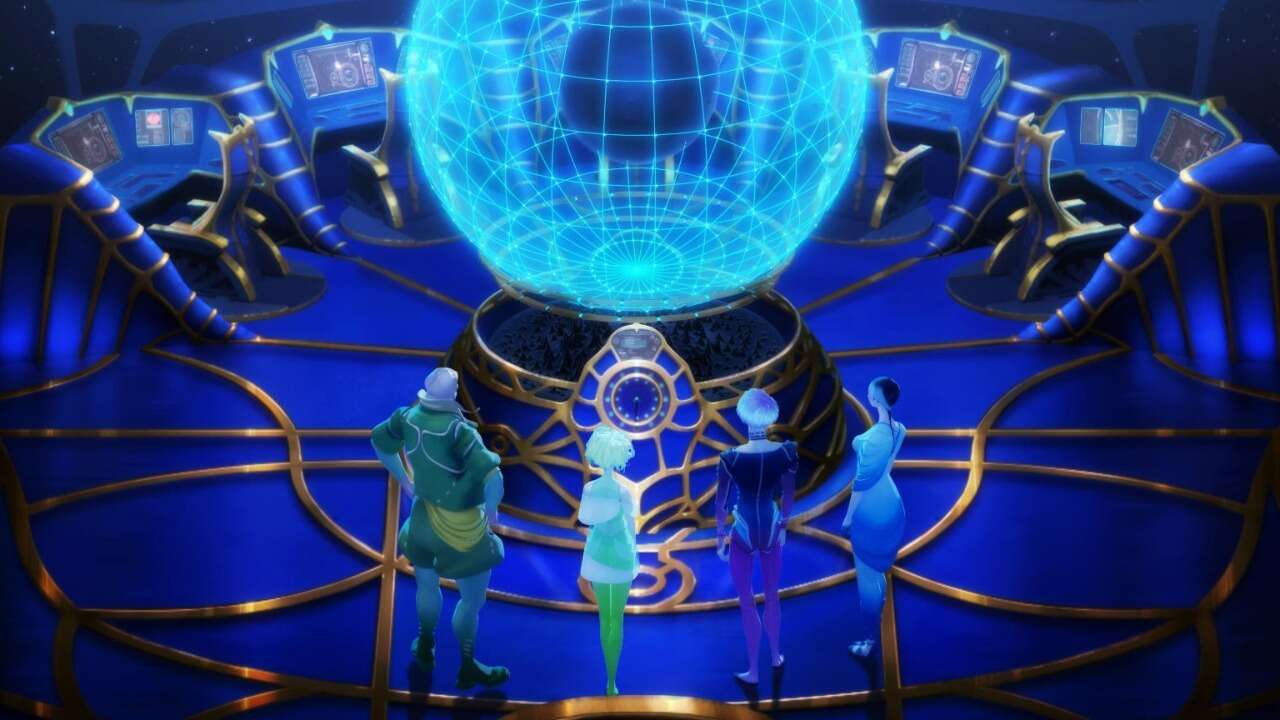 Sadly, things do not go as planned, and misprinted Lewis ends up killing Nina. As he runs away, the team starts looking for him, and then they realize that he is desperately asking for help, as he struggles with his split personality. Meanwhile, Nina is reprinted again. All the crew members have one souvenir of sentimental value with them and Petty believes misprinted Lewis getting in contact with one of them may help emotionally stabilize him. They get hold of his lover’s necklace and when he finally sees it, he has an emotional outburst before running away.

The following day, Oscar injures his leg on an isolated section of the ship, and to his surprise, misprinted Lewis not only provides first-aid but communicates with him a little. It turns out that he wishes to negotiate and does not intend to harm anyone after which Oscar decides to offer him his help. However, using biomaterial the rest of the advanced team has already reprinted Lewis. When talks of negotiations appear to fall apart, misprinted Lewis seeks Oscars’ help so that he can get his hands on the extra coolants for his cryosleep plan.

The two friends remain secretly in contact and work together to ensure that the cryosleep plan works. In order to make Planet 10-X habitable, the advanced crew has discussed many strategies one of which included nuking the poles with the RA bomb. The misprinted Lewis eventually manages to get into the room where the extra coolants are kept, thanks to Oscar’s help but is seen fleeing the location without it. As he goes into hiding, the advanced team realizes that the RA bomb is missing. Therefore, they naturally begin to suspect him while Oscar believes he is fooled.

Soon, the crew starts desperately investigating to find the bomb again. When Lewis meets his misprinted self, the latter convinces him that there is a traitor on the ship who is the real thief. The duo forms a team and they lock other members up to look at the previous footage of the room and other evidence to find the truth. Although Mack manages to get out, he is soon captured again and decides to prove his innocence by getting himself reprinted and allowing Lewis to study his movements. Meanwhile, Patty, Oscar, and Nina devise an escape plan and manage to flee after injuring misprinted Lewis. 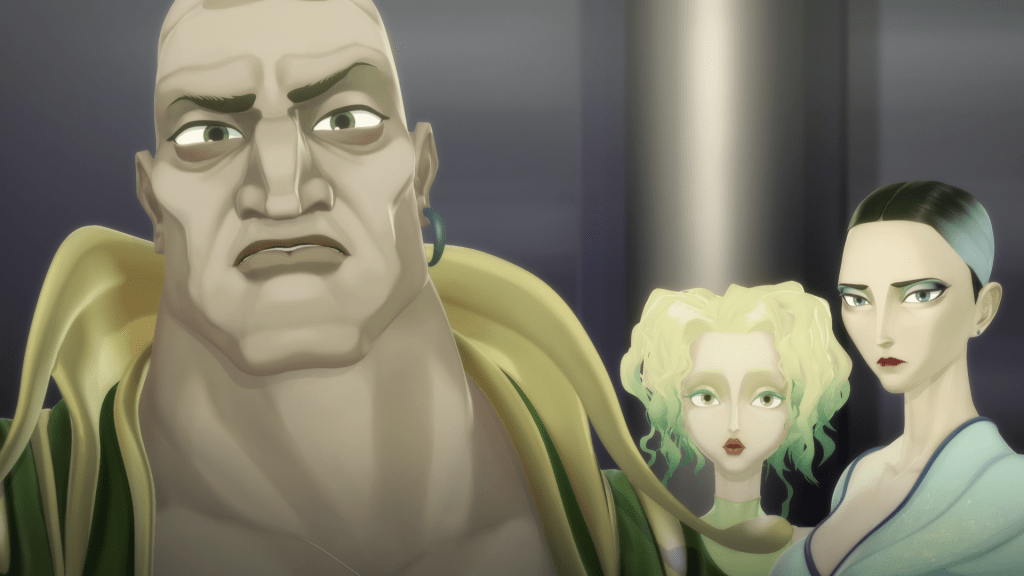 Once they are in the control room, Patty finally shows her true colors and reveals that wants the mission to fail. It turns out that there is Patty B too, who had originally stolen the bombs even before the crew was biologically printed. She did it to protect the alien lifeforms on Planet 10-X that will get destroyed because of the redevelopment plans. Therefore, after forcefully taking codes from Lewis, Patty launches the Atmospheric Transformer to the surface of Planet 10-X with bombs planted in it to ensure that the mission ends.

Misprint Lewis and other members of the crew had always thought that the unexpected solar flare was the sole reason for the malfunctioning of the Womb, which led to a misprint in Lewis’ case. But it turns out that this was not the whole story. After Patty B had finished printing, the first thing she did was collect biomaterial. Naturally, she decided to take it from anyone but herself. Therefore, she just instinctively chose the very first tank she came across, which belonged to Lewis. 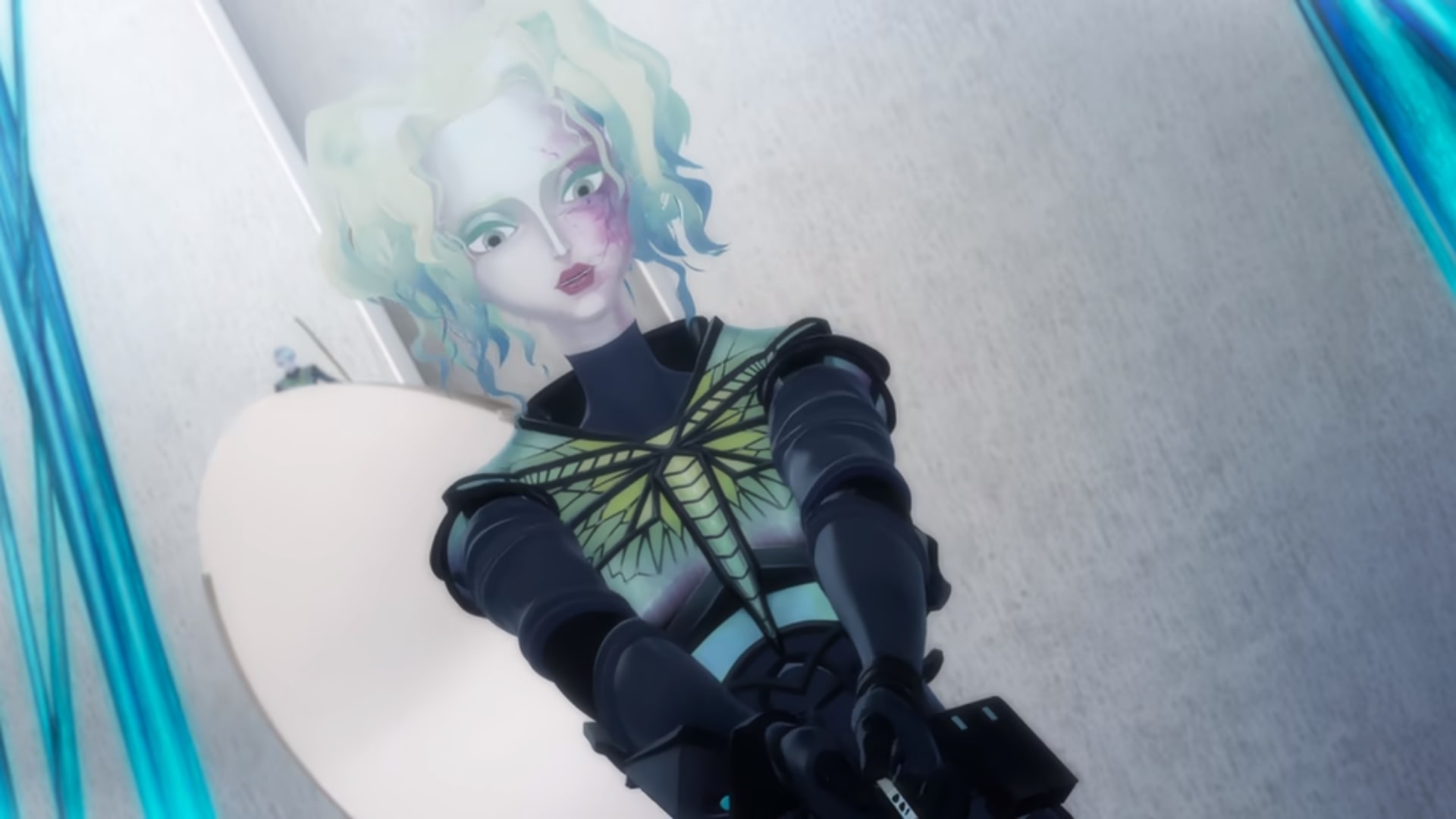 Furthermore, to eventually get to the RA bomb, Patty B needed two crew members’ bio-authentication, so she had to print someone else’s eyes. Although the biomaterial she stole from Lewis’ tank should not have mattered but the solar flare complicated things. In the case of radiation, it is the outer film that protects the biomaterial inside, but because of her unscrupulous actions, Lewis’ tank was left exposed. So, when the solar flare occurred leading to unexpected levels of electromagnetic radiation, it eventually caused damage to Lewis’ genetic information causing mutations.

Is the Planetary Redevelopment Mission of Planet 10-X Successful? Does it Become Habitable?

The mission of the crew that was on the ship heading for Planet 10-X was to make it habitable so that human beings can eventually colonize it and make it their home. After the persistent interference of the two biologically printed Pattys, only two members of the original crew survived to keep humanity’s hopes alive. Although they continued the experimentation, the misprinted Lewis perished soon afterward, leaving all the responsibility on Nina’s shoulders.

On a relatively calm day, she finally launched the Beanstalk that dispersed in the nearby area all the while keeping track of the relative distance between them to avoid overcrowding. The roots of these beanstalks soon formed a network and received energy from the Atmospheric Transformer, which allowed them to grow. While the experimentation was ongoing, Nina wanted to use the biological 3D printer on multiple instances but the biomaterial tanks were damaged and backups memories were wiped out, so she decided against it. 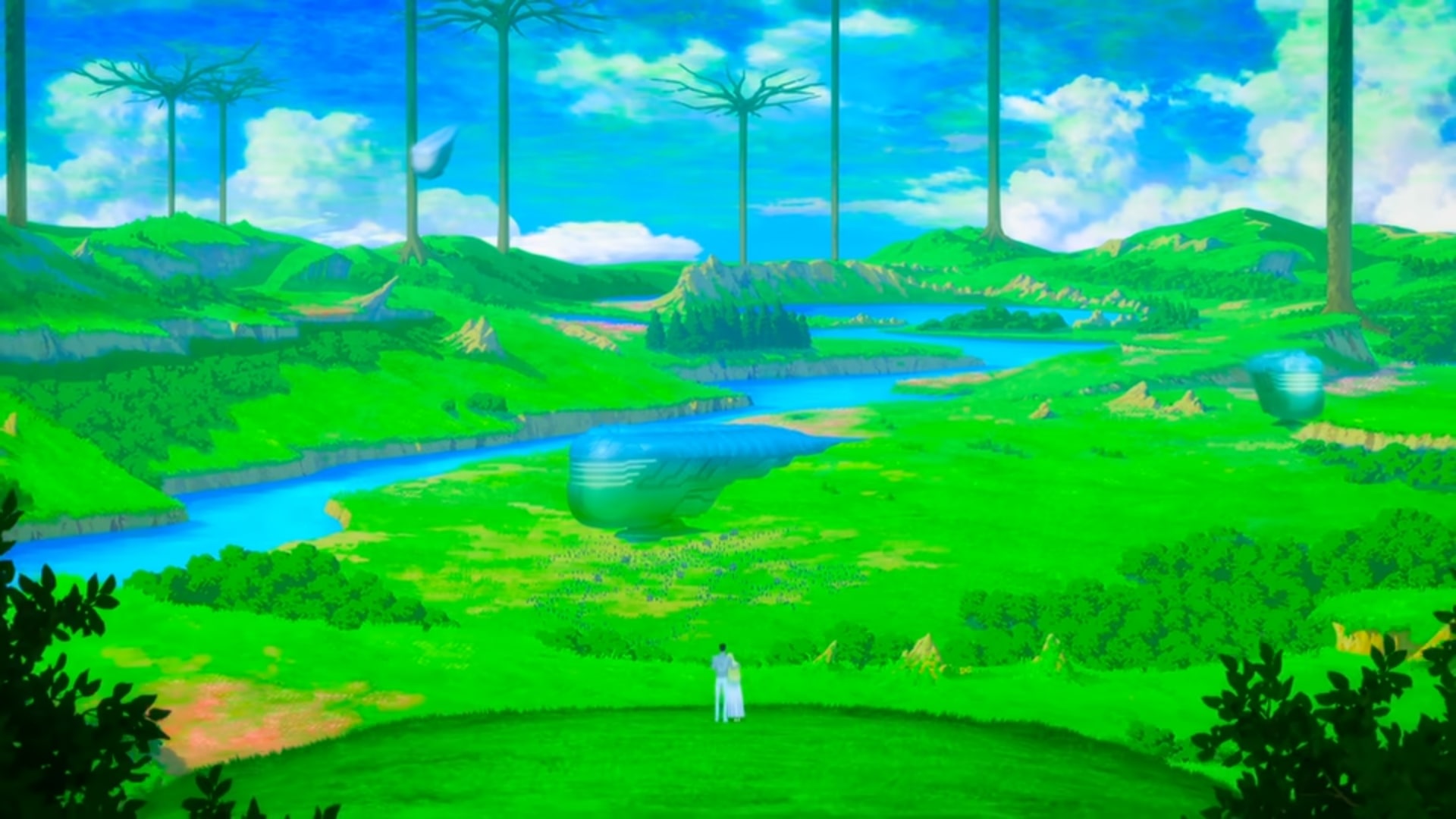 Luckily Nina’s hard work and persistence started showing results eventually as she discovered organisms in a soil sample. Soon a canopy had covered the entirety of a continent on Planet 10-X, but Nina knew that the arrival of humans will radically change entire the bio-composition. The Atmospheric Transformer eventually produced the desired result and the greenhouse gas generated by it warmed the underside of the canopy. Soon it started raining persistently and a lake was also formed where the Atmospheric Transformer had originally landed.

Using the various animal nuclei that were stored in the Atmospheric Transformer, Nina printed other organisms using the biological 3D printer. Several decades later, Lewis’ lover Kate walks out of the Womb, to a habitable world with various lifeforms. To her surprise, she got to reunite with Lewis again, who told her that they now had another chance at life. The lush green valleys also had a few spaceships which meant the two lovers were not really alone there. So, the Planetary Redevelopment Mission of Planet 10-X was eventually successful as it becomes habitable and supposedly colonized by humans.