Netflix Review: ‘Eye for an Eye’ is a Gripping Thriller 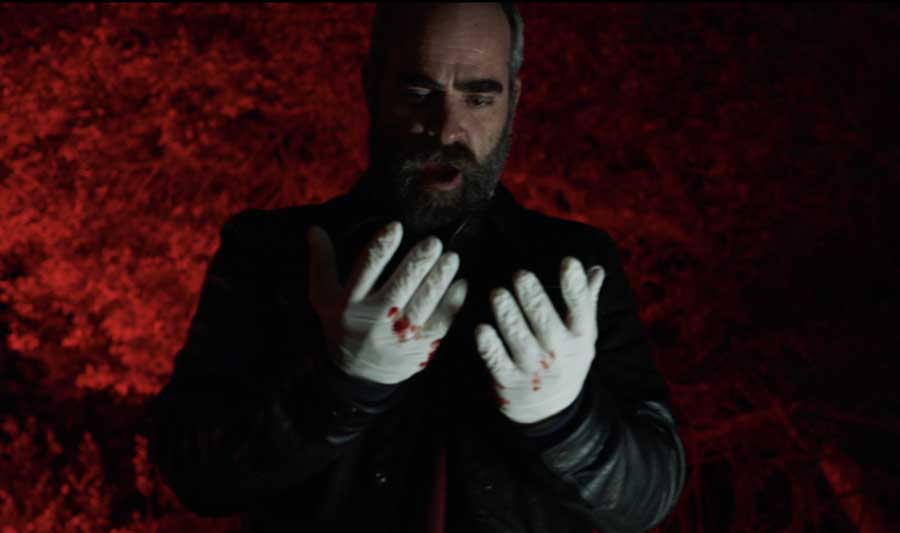 Man’s struggle with revenge goes back to ancient times. And as natural of an emotion as it may seem, it can often lead to some dire consequences. To put this in Confucius’ words: “Before you embark on a journey of revenge, dig two graves.”

Directed by Paco Plaza, ‘Eye for an Eye’ (Quien a hierro mata) is a gripping thriller that presents a familiar storyline revolving around a man’s lust for vengeance. All of the elements of its plot can be easily reduced to a simple outline, however, what makes it engrossing and sincerely plaintive is the raw realism of its characters and the actors who portray them. Adding extra heft to it is its graphic display of violence, melodramatic music, and some super-tight close-ups.

The first half of the film is more of a slow-burn and for the viewer, it takes a bit too much of an effort to get past it. But all of this starts paying off midway through its runtime as it offers some memorably savage revelations, that hammer home all of its hard-hitting ideas. Though it is bogged down by a few plot points here and there, especially the parts where it could’ve been tighter in context with the exploration of the main character’s past, it is gritty, disturbing, heart-rending, and most of all, quite rewarding.

The film begins with two parallel narratives wherein one portrays the simple life of a peaceful male nurse named Mario. He seemingly lives a rather pleasant life with his wife, who he loves a lot. In contrast, Antonio Padin, a renowned drug cartel is released from prison after he starts suffering from a terminal illness. While Padin’s sons struggle to make something out of his massive business, Padin chooses to stay away from his family in a nursing home. This is when the two adjacent worlds crash against each other and create cracks that slowly seep in water, eventually drowning everyone with it.

Through flashbacks, the film explores Mario’s scorned past and depicts how underneath his kind demeanor, he, too, is flawed and disturbed. In the events that follow, Antonio’s sons, Kike and Tono, get themselves in deep trouble after one of them ends up in prison and a huge debt is enforced on them. In the meantime, Mario struggles to tame the demons of his past and gets blinded by it. As a consequence of this, he gets himself involved in the sinister criminal plot of the cartel family.

Complementing its storyline, the film has a realist and dark style of cinematography. Though it initially presents itself as a riddle and only focuses on fleshing out all of its characters, its bleak shades and backgrounds are a reminder to the viewer that things are about to get twisted and gritty later on. For the most part, its storyline manages to perfectly balance the two sides of the coin by breathing life into all of its significant characters, throughout its short runtime. Even its transition from a smooth flow of its narrative to extreme chaos in the latter part of the film, is quite subtle. And that’s the reason why its closing scene, which is straight out of one’s nightmare, is impactful.

Luis Tosar plays his character searingly well and gives great credibility to the internal sufferings of his character, Mario. Mario just seems to be an essentially passive product of his past and his streak of evil is solely triggered by one defining moment of his life. The other pivotal figure of the film is Padin (Xan Cejudo), who turns into more of an anti-hero later on and leaves you with a blatant reminder that even the smallest of actions can have some brutal consequences. Other performances, including that of Padin’s sons, are relatively stagier and lack the depth that would be needed to make their presence more impactful. Even with the part where the film tries to shed some light on Kike’s struggles in prison, it tries too hard to make it nuanced enough through some graphic imagery, but eventually falls flat and only comes off as an underdeveloped wasted element.

Overall, ‘Eye for an eye’ is a visceral representation of humanity implicit in hate. And despite being very predictable, it very well keeps you engaged with its well-planned plot and terrifying realistic atmosphere. It doesn’t really make for exceptional cinema exactly, but clearly, it is blunt, brutal and worthy of your time.