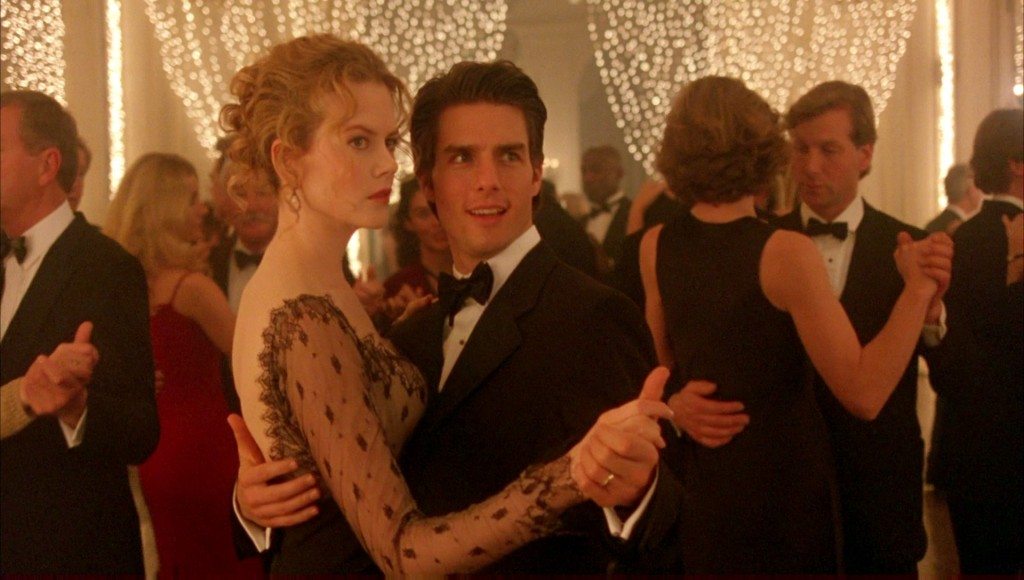 Released in 1999, months after the death of the indomitable, legendary filmmaker behind it, ‘Eyes Wide Shut’ was, and remains, to multiple viewers, one of Kubrick’s most confounding projects. One of the most blatant reasons for the mixed response to the film is the general prognostication of what the film was going to be like in the months leading up to its release. It was deemed by many, without having seen even a shred of the film outside the trailer, which admittedly is a little misleading, as the “Sexiest Movie of all Time” starring the most picturesque, real-life Hollywood couple Nicole Kidman and Tom Cruise.

What the audiences saw in the theaters, was of course, a surreal, hypnotic, dazzling visual experience, that was anything but titillating. The critics, as usual with Kubrick’s cinema, couldn’t reconcile their preconceived idea of the film with what was on the screen. To watch a Kubrick film, to truly watch one, requires a loss of any notions or ideas you might have about the way the narrative and the characters are dealt with. You have to let the film’s intellectual, visual and thematic intentions wash over you.

Kubrick once said, “In all things mysterious, never explain.” And my intention here is not to attempt an explanation of the film, which would deprive any viewer the intensity of his personal experience with this work of art. This merely constitutes an analysis of why the film works so well in its ambiguity, by focusing on a few significant scenes or moments in the film. Again, that is by no proportion, meant to suggest the fact that not every single frame, let alone every scene of a Kubrick film is elemental to one’s accessibility to it. This is just what has been stuck in my head ever since I first saw the film.

Please note that the following article contains major spoilers to the film. I would suggest reading after you’ve watched it. 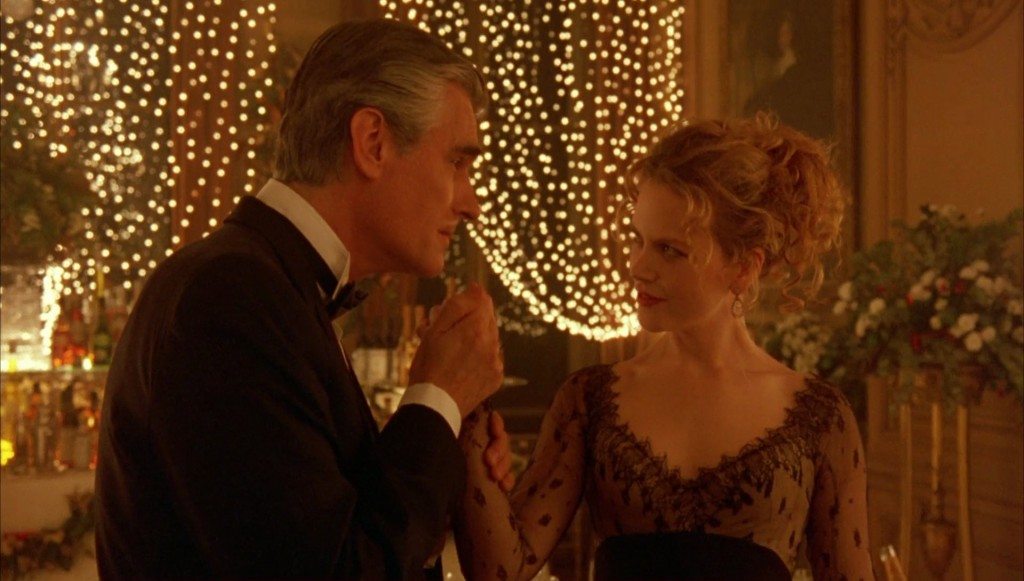 The magnificent, grand Christmas Party at the house of Victor and Elona Ziegler is perhaps one of the most pivotal sequences of the film, for it lends us a view into the conflicting personalities of Bill and Alice. The scenes with the doctor flirting with two models and being called up to attend to a stripper who’s lying unconscious after a bad drug reaction in Ziegler’s room, are inter-cut by Alice being wooed by a Hungarian guest named Sandor Szavost, a charming, lascivious man who is completely infatuated by Alice’s beauty.

Captured with jaw dropping elegance and old-fashioned beauty by Kubrick’s lens, when we see Alice dancing with him, it elevates the scene to an entirely different level. On first viewing, one might focus on Bill’s adventures upstairs, but Alice’s haunting conversation with Szavost is much more intriguing. The way she, a little intoxicated, begins to reveal the isolation in her marriage and the way he, showing unambiguous signs of Schadenfreude, tries to pull her into a tryst she just might fall prey to, makes every word they utter, every sad, adrift smile on Nicole Kidman’s face, impossibly engaging. The tinge of melancholy in Alice’s voice is as bewitching as a tragic ballad. 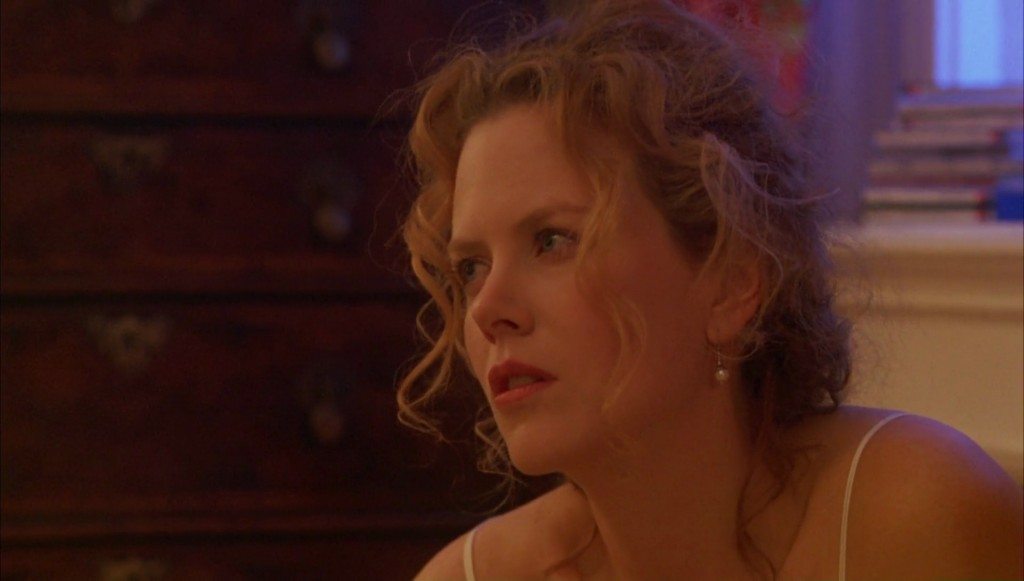 One thing you can rely on Kubrick is that the craft in his films is always exemplary. Aside from the obvious, ground-breaking camerawork, all of his work possess the production design, the costuming, the sound design and editing that set him apart from all directors in history. This particular scene, almost brought word to word to the screen from Arthur Schnitzler’s “Traumnovella”, on which the film is based, is so wondrously lit, acted and features such enthralling music in the background that logic and reason completely dissipate and a loss of conscious senses can be felt. You are completely, utterly transfixed with Alice’s telling of her fantasies; you are lost in it, and you absolutely do not want to recover. It is glorious, thunderous cinema at its best, parallel, in my mind only to the Stargate sequence from ‘2001: A Space Odyssey’. 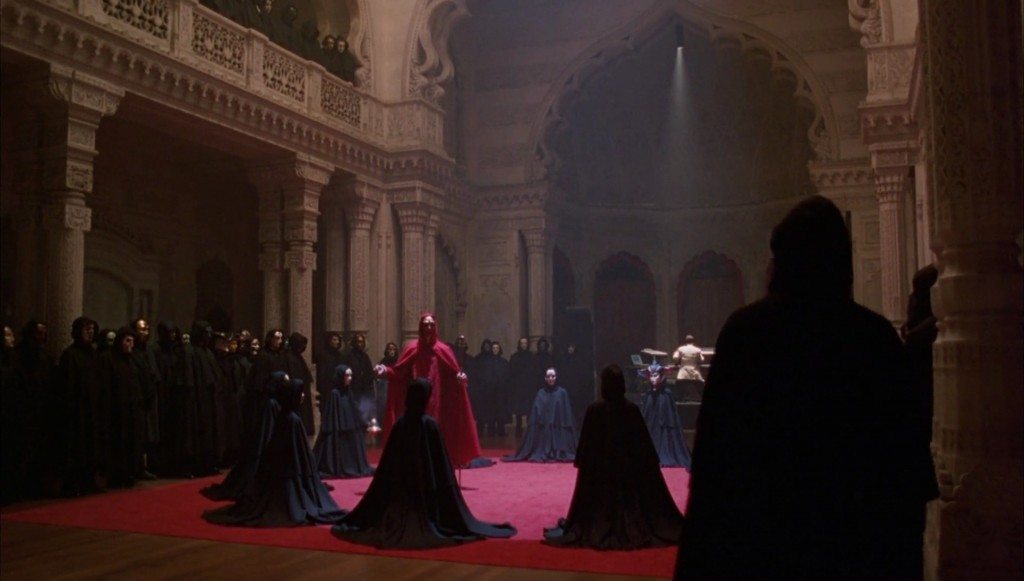 The masked orgy is, undoubtedly, the most famous scene from ‘Eyes Wide Shut’. It is what many recognize the film from. And understandably so. It is so deliberately detached from everything else in the film that its transportive qualities are undeniable. But it also steadily maintains the hypnotic mood of the film; rather accentuating it to much greater heights. Bill, as a witness to the lustful proceedings, begins to feel a perplexing trap closing in on him, but still continues to explore the darker mysteries of the intricately fashioned manor where the most towering members of high society indulge their most deviant desires. And as an audience, the atmosphere Kubrick creates begins to feel far too dangerous, far too intrusive, but just like Bill, you are entranced, and nothing can help you escape. 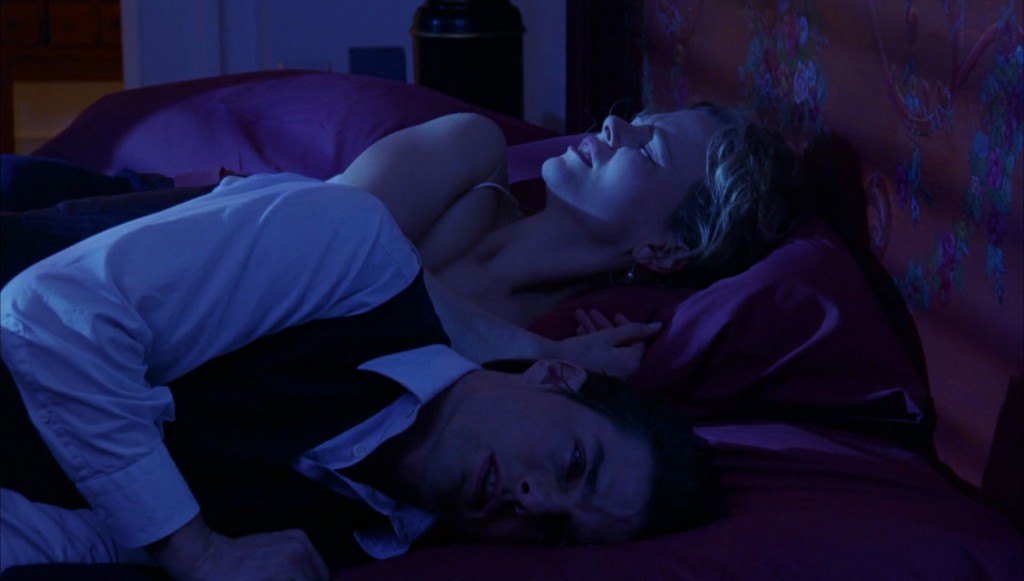 Is marriage the most dishonest of all relationships? What do we tell, what do we hide, from our partners, with whom we spend all our lives? How much is known of the man whose eyes you stare into everyday? How much is hidden in the dreams of the woman, sleeping right next to you? As Alice recounts a particularly mysterious dream she has, and as Bill, a man who is discovering and confronting the truth for the first time in his life, falls deeper into agony, Kubrick, without relinquishing focus of his protagonists here, dares to explore bigger themes, of why marriage, just like the parties who step into it, will always be flawed. He asks, bolstered by a masterstroke of a monologue by Alice and the turmoil in Tom Cruise’s face, how much do we really want to know? 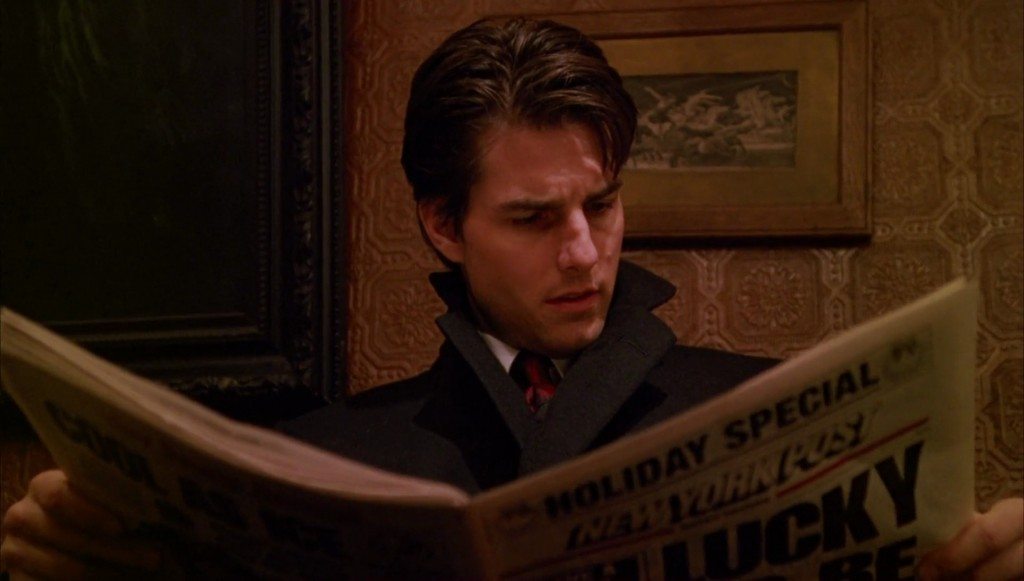 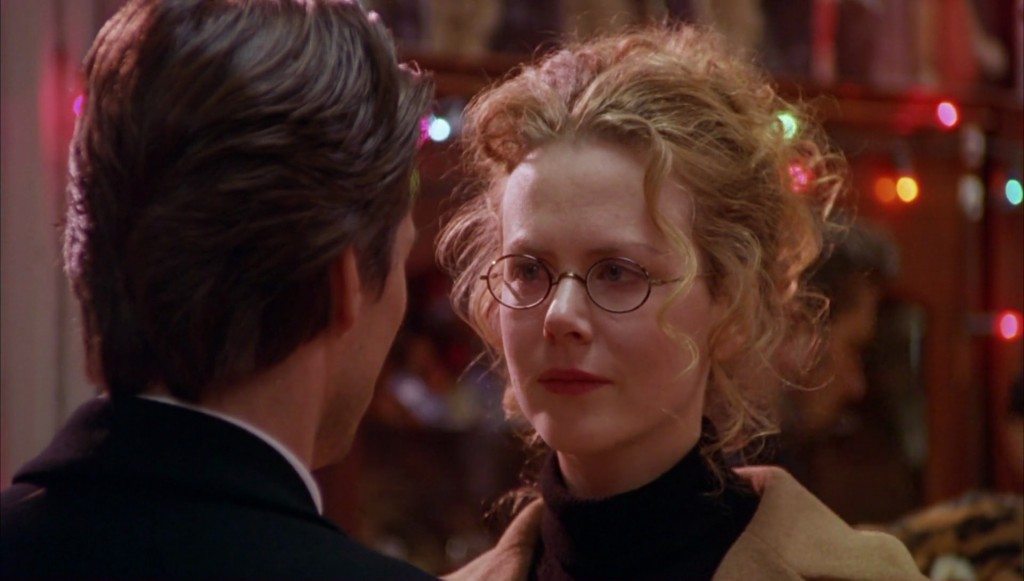 Alice Harford is easily the wisest of all Kubrick characters, and incidentally, the only lead female character in a Kubrick film. It speaks to the idea of “Traumnovella”, that men always define women through the constraints of their imagination; their perception of women is too finite to encompass the many desires of women, their dreams, the complexity of their thoughts.

Kubrick wasn’t capable of preaching through his art, and Alice is too humanly imperfect for an audience to consider this scene as any sort of “moral of the story” segment. It ends on a note of an understanding between Bill and Alice; an understanding that their life up to this point had been a long, blissful slumber of a picture-perfect modern life. But their adventures have woken them up, as if at the end of a frightening dream. They may be better off, but certainty, Alice says, scares her even more; for she can envisage the lack of truth in Bill’s certain “Forever”.

Cutting to black after one of the most substantial delivery of a single word in cinema by Nicole Kidman, ‘Eyes Wide Shut’ is the one film that perfectly fits the idea of being the last artistic accomplishment of a great artist. Kubrick himself called it his “greatest contribution to cinema.” Grossly misunderstood by the majority of critics and audiences of the time, it is Kubrick’s most underrated classic, a position that previously belonged to ‘Barry Lyndon’ and deserves to be viewed in a new light by those who initially dismissed it’s ambiguity. Believe me, it will compel you to come to the realization that not enough films have ambiguity these days.