There are many ways to scare the audience, but the ones that prey upon the most intimate fears of the audience is the one that scares them the most. In ‘Fall’, writer-director Scott Mann feeds on the fear of heights of the viewers to give them a truly terrifying story. With only two characters in a location that allows barely any grounds for movement, we are forced to confront our own fears with this story. Just watching the film is a nerve-wracking experience with several scenes inducing a terrible sense of vertigo. It is all this and more that the characters, Becky and Hunter, have to brave in order to survive this terrible ordeal. If you are wondering what happens at the end of ‘Fall’, then we’ve got you covered. SPOILERS AHEAD 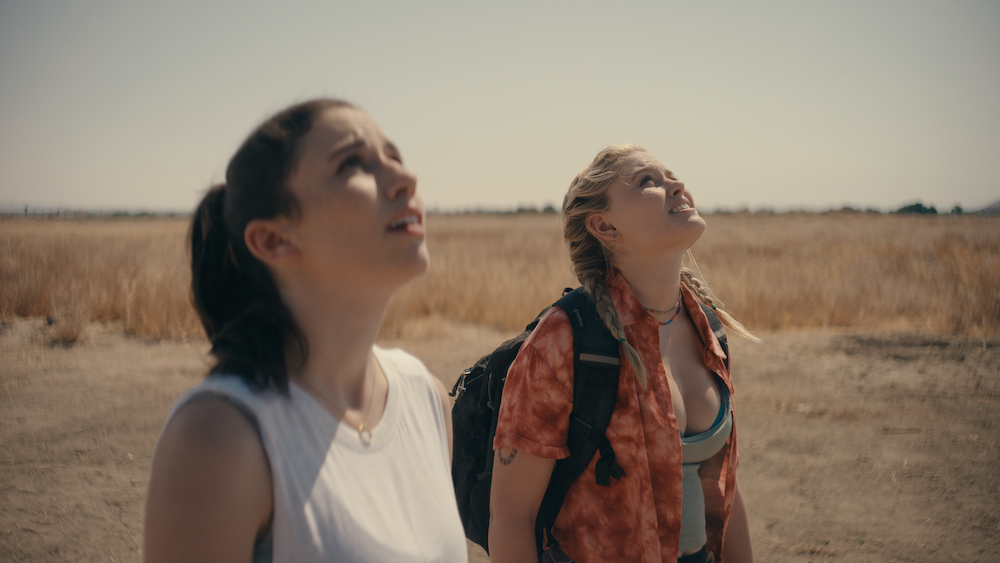 Becky’s husband, Dan, dies while mountaineering. In an effort to process her grief, Becky slips into self-isolation, cutting herself off even from her dad, who had advised her against marrying Dan in the first place. It is with her best friend, Hunter, who had been with them when Dan died, that Becky finds the strength to pull herself together and get out of the house. Because they’d been such adrenaline junkies before the tragedy struck, Hunter offers another daring climb to help Becky overcome her fears and come back to the normal world.

An old abandoned radio tower that stands around 2000ft tall in the middle of the desert is proposed as the next project by Hunter. She had been planning to scale it alone but offers Becky to join her and scatter Dan’s ashes from the top of it. While Becky hesitates, at first, she tells herself that this is what Dan would have wanted and agrees to do it. She fights her fear and succeeds in climbing to the top of the tower. The girls celebrate their success and scatter Dan’s ashes. However, when the time comes to go back down, the rusty ladder that had led them up breaks and falls down, leaving nothing for them to climb back down.

Fall Ending: How Does Becky Survive? 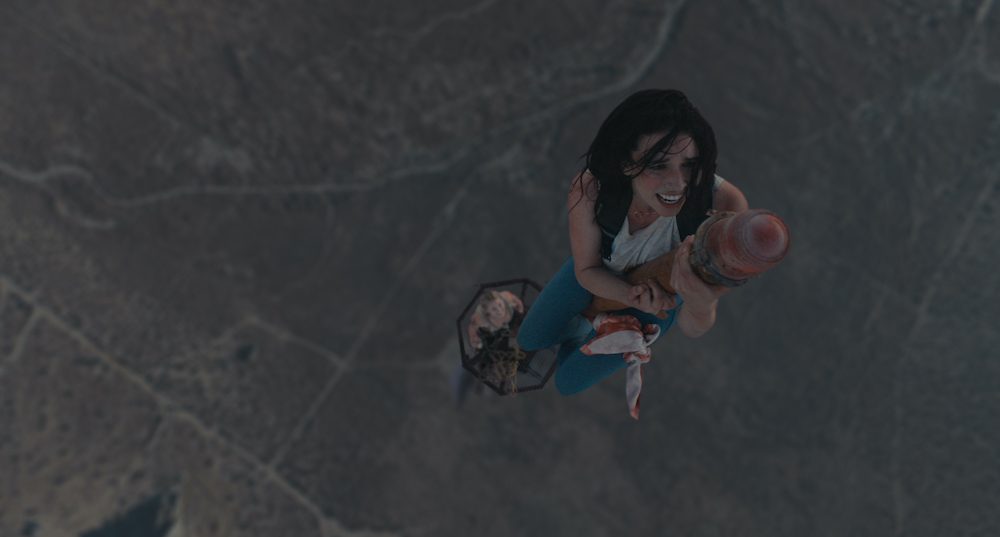 If the height itself wasn’t the challenge, the tower stands as an intimidating character in front of Becky and Hunter with miles and miles of desert and not one person in sight. There is a diner at some distance, but it is too far away for anyone to notice two girls climbing the tower or even their stranded car by the structure. Becky didn’t tell her father where she was going, and it soon becomes clear that Hunter didn’t really inform anyone either, apart from her thousands of Instagram followers.

As soon as the girls start their journey toward the tower, Hunter starts documenting their experience on her Instagram account. She makes reels and takes pictures around the tower and there is an immediate response from her followers, confirming that people actually are following their every move. This means that should Hunter post for help, someone in her following should pay attention and might be able to do something. The only problem with their situation is that the network only catches at the base of the tower. Once they are at the height of 2000ft, there are no bars on the phone, which means that the posts will not go through.

Stuck on the top of the tower, Hunter and Becky soon realize that contacting someone through their phones is the only way that they can get any help. They tried other methods, but they failed so tragically that all their hopes were shattered. First, they tried alerting the people who were camping in an RV nearby by sending a flare. These people actually saw the girls on the top of the tower through their binoculars, but they were not the good Samaritans that the girls hoped them to be. These men drove down to the tower and stole Hunter’s car, robbing the girls of their chance, if any, of someone noticing their car in the middle of the desert and realizing that something bad had happened to them up there. 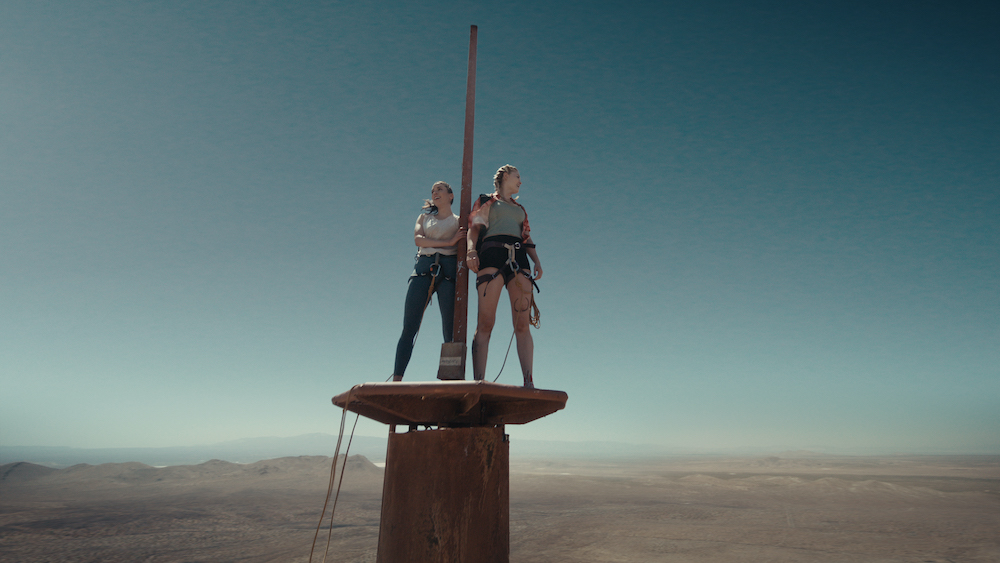 Later, Becky tries another method, which could have really worked if not for her bad luck. She sends Hunter’s drone all the way to the diner with a message stuck on it. Because just the previous night, the girls had been asking about the tower, the owners of the diner could make the connection. Even if they didn’t remember Hunter and Becky, the message on the paper was enough to tell them what had happened.

Becky maneuvers the drone from the tower and succeeds in getting it pretty close to the diner. But then, a truck drives past and hits the drone, destroying it. The truck driver doesn’t bother to check the drone and completely misses the paper stuck inside it. With it lying in the middle of the road, Becky knows that there is no chance that anyone would pay attention to the drone, which means no one would read it.

In the end, she is left with her phone as the only option. Because it’s a long way down, she needs something that can keep the phone safe when it falls. A day ago, Hunter had died trying to get the bag with the water bottle, and the vulture, feeding on her created a tear in her body. With nothing else handy, Becky shoves the phone, having sent the message to her father, inside Hunter’s body and throws the corpse down. The dead body provides the necessary padding and the phone remains intact enough to get a bar or two and send Becky’s message to her father. 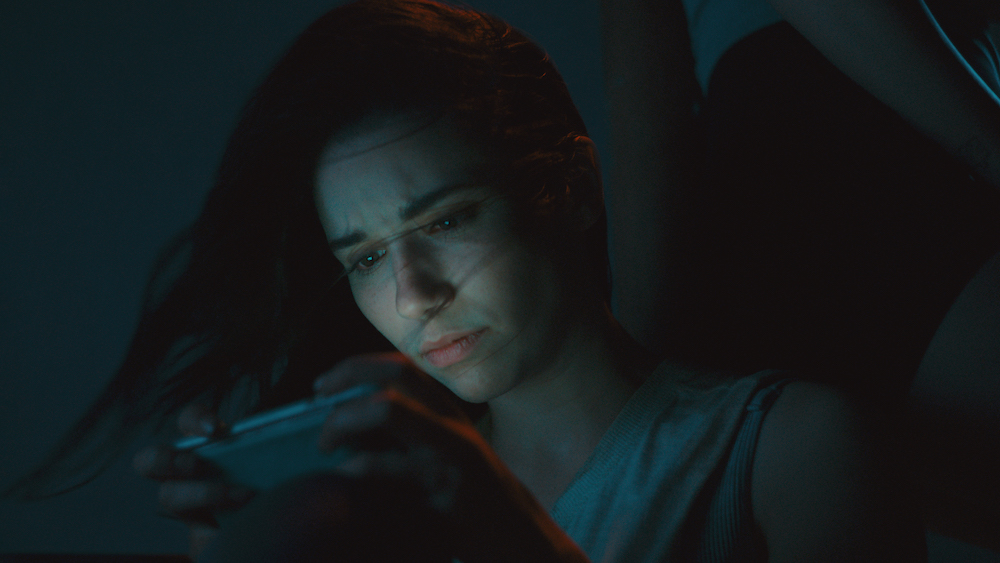 Once her father receives the message, he alerts the authorities. Hunter had mentioned that the tower was six hours from their town, which means that Becky’s father wouldn’t be able to get to her immediately. By the time he reaches there, the ambulance and the cops have already arrived. Helicopters can be seen circling the tower, which indicates that Becky was located after all and was rescued just in time. The last we saw of her, she was on the top of the dish, where Hunter’s body lay for about a day.

While the tower had been rusty all along, the dish especially was rather precariously attached to it. Becky had taken a risk getting down there because, unlike the top of the tower, the dish could fall at any time. It also didn’t have enough space for Becky to properly sit down and rest, let alone close her eyes and even think about taking a nap. If the message hadn’t gone through, she probably would have died. Luckily for her, things turned out well, all things considered.

In the end, she is reunited with her father, who first looks at Hunter’s dead body and mistakes it for his daughter, almost believing that he was too late to save his daughter. At that moment, they forget all their arguments and disagreements. They reconcile and go back home. Though she is quite beaten up and would need some time to recover, physically as well as mentally from her experience, there is no doubt about the fact that Becky will make it.

Read More: Is the Tower in Fall Real or CGI? Where is it Located?