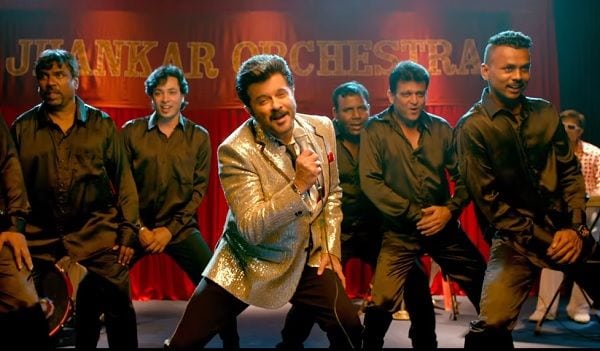 Staying true to its musical premise ‘Fanney Khan’ starts with a song, in which an energetic and age defying Anil Kapoor grooves to the evergreen number ‘Badan Pe Sitare’ while the audiences familiar with his on-stage charm keeps chanting ‘Fanney Khan’ on repeat. Now how many 61-year-old actors – barring a much older Mr. Bachchan – get their own solo opening number right at the beginning of a film. This opening sequence gives us a hint that the film will follow an old-school-emotion template but at the same try to break some rules along the way, if at all possible, within the limited confines of Bollywood.

The best thing about the film is that it doesn’t beat around the bushes, especially in the first half. So there’s no denying that if there wasn’t an interval to interrupt the flow of action, ‘Fanney Khan’ would have been a much effective film than it turned out to be. During the promotional tour of the film a certain statement made by Amitabh Bachchan long ago was unearthed again. He once unabashedly said that he would give his life to see his son succeed. And there’s no better emotion to describe ‘Fanney Khan’. It is all about a dream and how our lives revolve around it – dreams are either fulfilled or they are not.

Sadly for a musical there is hardly any memorable song in the film’s score and is heavily inspired – for a lack of better word – by yesteryear classics like ‘Halka Halka Suroor’ and ‘Jawan Hain Mohabbat’. This is an unpardonable mistake in the rule book of Bollywood that almost never goes wrong when it comes to music. To make up for this downside the film is surprisingly alert when it comes to detailing. There is an explanation for how the leading lady changes her costumes despite being in a situation where she can hardly afford sartorial luxury or how the TV still runs in an abandoned mill.

The film belongs to Anil Kapoor in every which way possible but it was Aishwarya Rai Bachchan who took centre stage in the promotional posters. To her merit, she still dances like a dream and looks glamorous as ever. However her role of Baby Singh, the reigning singing sensation of the country, doesn’t really add anything substantial to her career. It works more as a show reel to announce that she is still available for business and how she looks better than many twenty something actresses out there. Rajkummar Rao is lovable as the Baby Singh fanboy whose expressions are as fresh as his approach to acting.

The biggest acting breakthrough of the film is Pihu Sand in the role of Lata Sharma – the proverbial talented daughter who is also the apple of her parents’ eye. When she is on screen there is no pretense; her dreams, hopes, anger and frustration are all real and relatable. Divya Dutta who has made a habit and a career out of playing mostly maternal roles is on point and believable here too.

It would be a crime not to give Anil Kapoor a.k.a ‘Fanney Khan’ his due credit who is both the heart and soul of the film. As a shout out to his ‘Laadla’ days, he plays a factory worker; a common man who passes on his dreams to his progeny. His mere presence in a scene can turn it into a memorable one. Truth be told, without his presence ‘Fanney Khan’ is not even worth a watch.