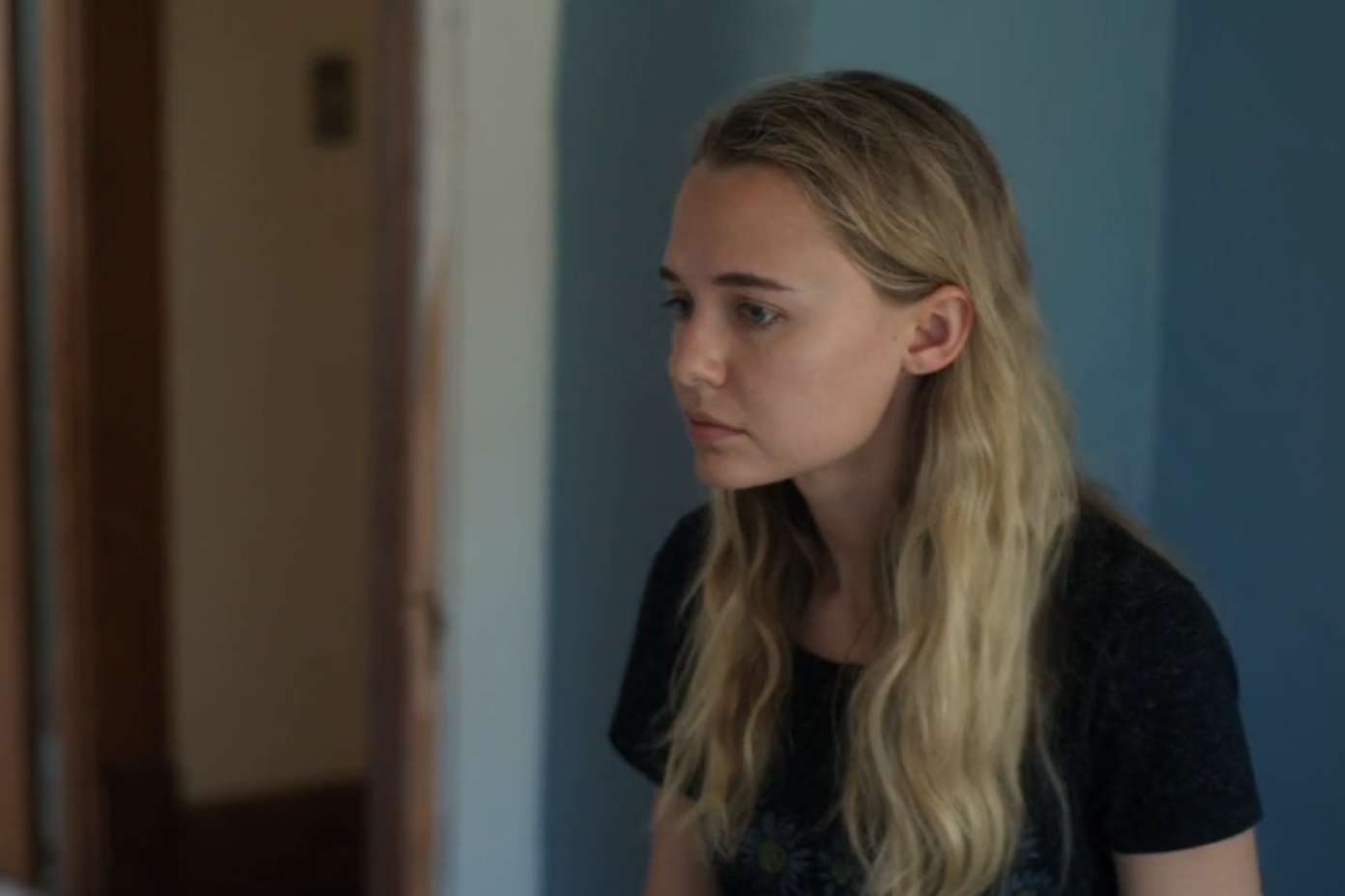 ‘Fear of Rain’ is a psychological thriller directed by Castille Landon. The film delves into the paranoia that entails a schizophrenic mind and transforms itself into a taut mystery. ‘Fear of Rain’ approaches schizophrenia in a sympathetic light and uses some clever narrative devices to give us a first-person perspective of the character. There is a probable case of abduction observed by Rain: a teenager who is affected by schizophrenia. She devotes her time to solve the mystery and give herself a certain semblance of closure regarding her suspicion. Sometimes, she gets confused between her hallucinations and doubts herself regarding the truth of the happenings. The film also packs a social commentary by depicting the ostracization that mental illness is associated with. ‘Fear of Rain’ makes us realize the confounding problems of a schizoid mind through its layered narrative. It calls for a detailed discussion, and we are up for the task. SPOILERS AHEAD.

An unidentified man is chasing a young teenage girl through a forest. She fails to escape his clutches and is buried in the ground. The girl wakes up in a hospital having severe convulsions, and we realize that the incident was one of her hallucinations. She is identified as Rain Burroughs, a teenager undergoing treatment for schizophrenia. She visits a therapist who advises her to take the prescribed medications, and skipping them is not an option. Rain stays in her house’s guest room as she had vandalized her own room in one of her hallucinatory episodes. She visits her school the next day and has to face mockery and jibes from her classmates. A young boy named Caleb befriends her, who seems to be sensitive to her feelings. 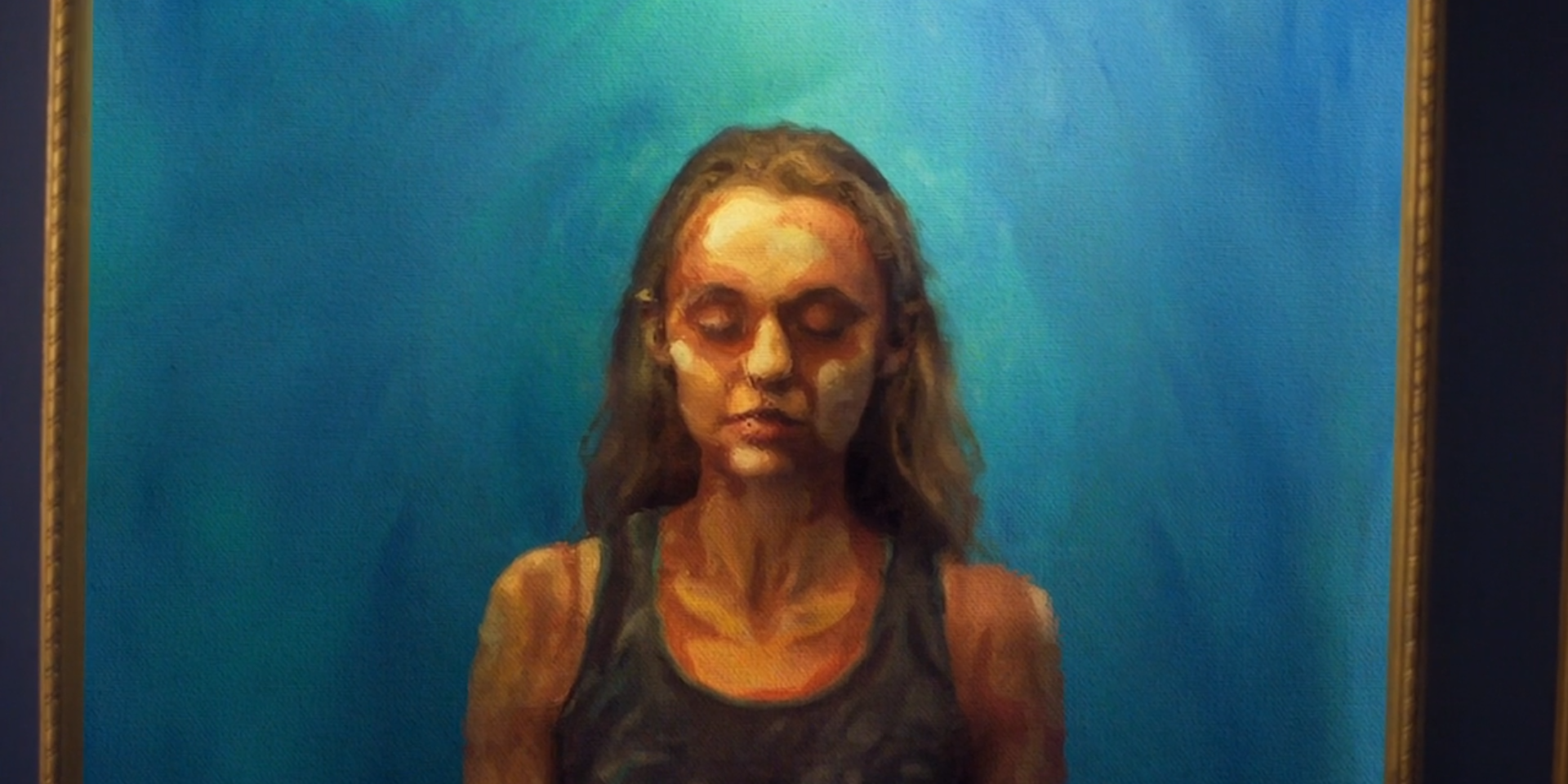 Rain’s next-door neighbor is her school teacher Dani McConnell. Through her window, she can see the attic of McConnell’s house and apparently sees a young child. Rain has reasons to believe that McConnell has abducted the kid, but no one believes her attributing the theory to one of her hallucinations. Even his father believes that this is a figment of her imagination. Rain is adamant about her theory and confides to Caleb regarding her suspicions. Caleb believes her but doesn’t quite follow her approach. Nonetheless, they both break into McConnell’s house to check for the girl, but she is apprehended. McConnell threatens to press charges, which can perhaps lead to the institutionalization of Rain. The spiral of hallucinations goes beyond Rain’s control, and she seems to lose her mind. Certain revelations by Rain’s father make the situation complicated, but her persistence leads to a violent climactic moment.

Fear of Rain Ending: Is There Really a Missing Child? 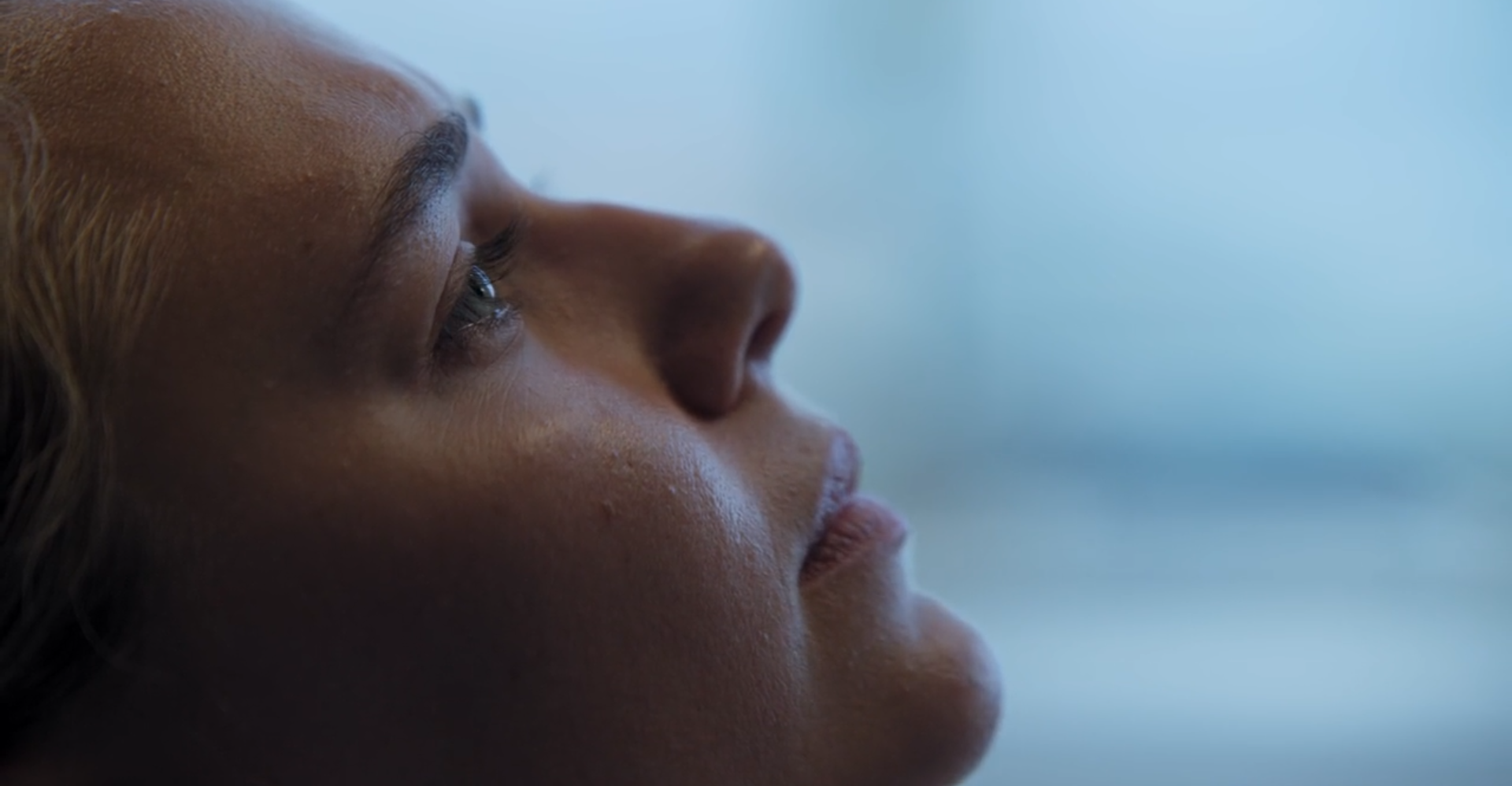 ‘Fear of Rain’ turns into a mystery when Rain starts to suspect that her teacher has abducted a young child. Caleb is the only one who believes in her and supports the investigation. Rain breaks in McConnell’s house to find the attic door locked. This fuels her suspicion, and she starts searching for more clues. Rain is able to identify a missing kid and believes that she is the one who is kidnapped by McConnell. Amidst all these tense situations, Rain’s paranoia is exacerbated through dissonant voices and disturbing visions. Even then, Rain musters the courage to break into McConnell’s home and sneaks into the attic. She finds the young girl locked in a coop and rescues her. Unfortunately, McConnell catches her and manipulates her into thinking that the child is just another hallucination. 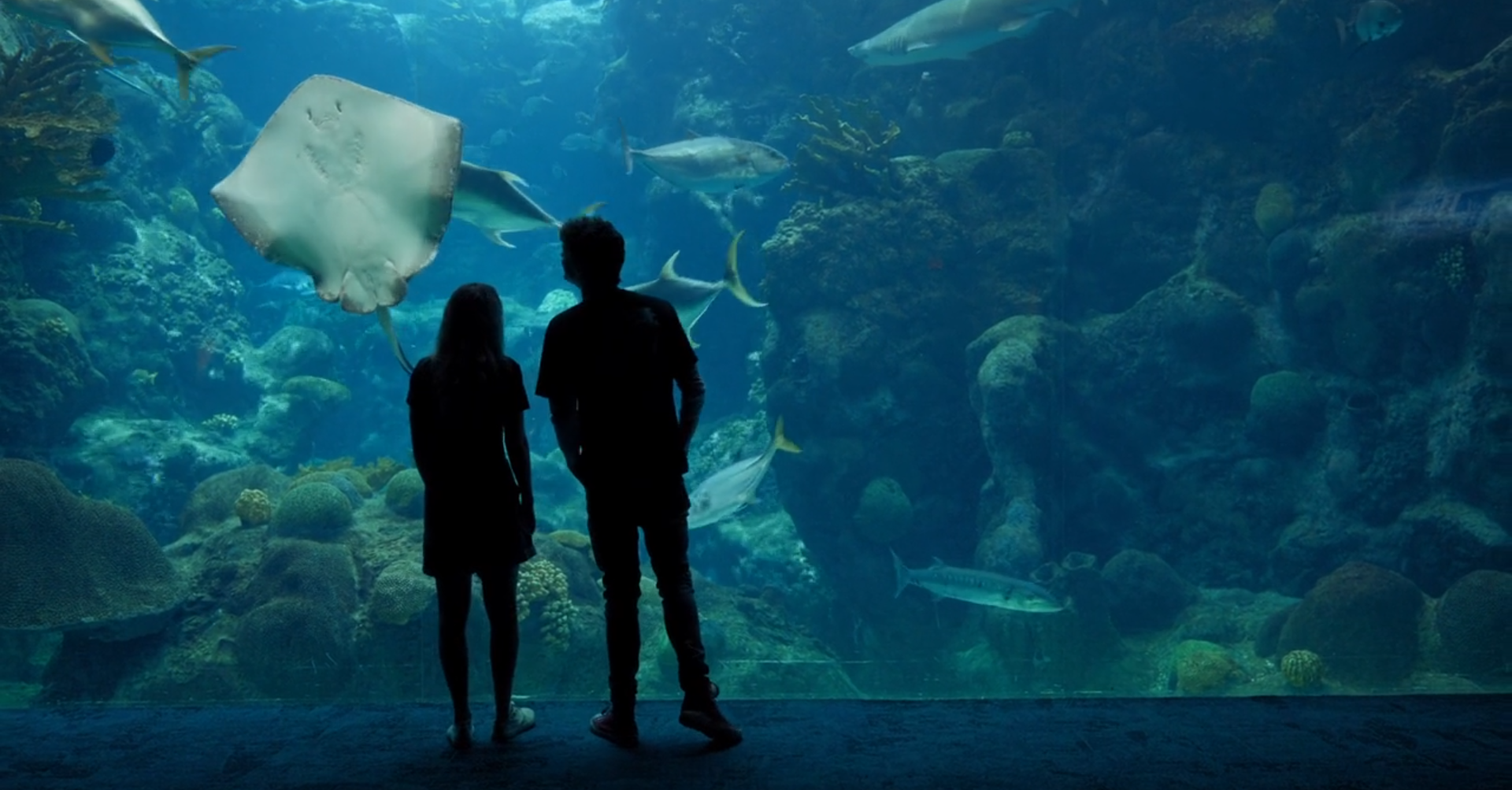 It is revealed that McConnell indeed kidnaps the child. Caleb comes to help Rain in her effort to rescue the child, which clarifies that the situation is not a creation of Rain’s mind. In an earlier scene, Caleb visits Rain’s room and hears a voice from McConnell’s attic. The film does not let us ascertain the existence of the child till the very end. It cleverly balances its narrative that keeps us in limbo regarding the truth. At some point, we feel that Rain’s mind is playing tricks on her, but Caleb becomes an important conduit to harness the truth. In the end, a violent confrontation ensues between Caleb and McConnell, which gives Rain ample time to escape with the child. Rain’s father rescues her as Caleb is treated for his wounds. 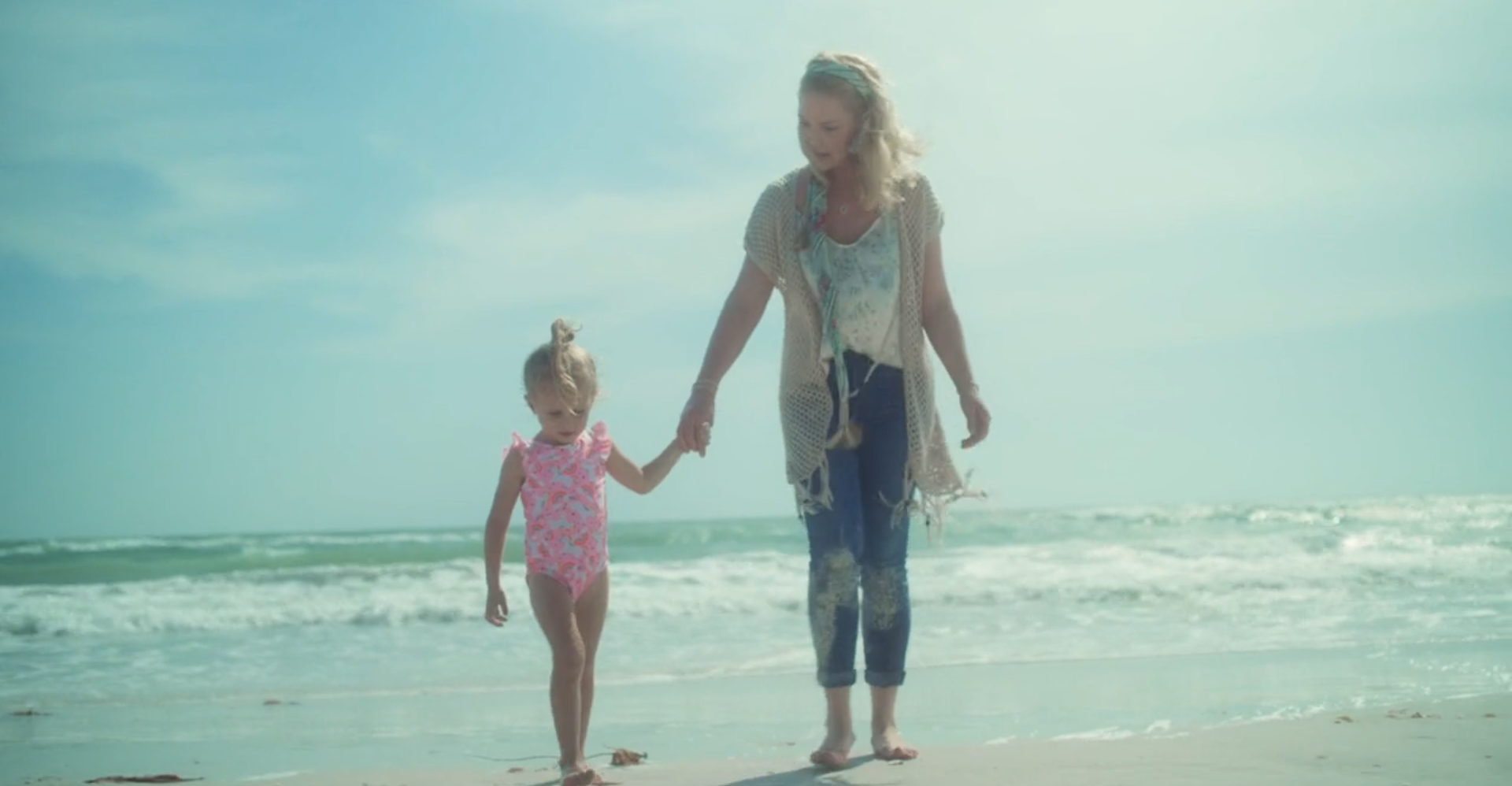 Even though her hunch regarding the abduction is true, Rain’s hallucination is persistent throughout the film. Rain’s mother is present with her till the end until we get to know that she had committed suicide three years ago. Rain’s father is protective of her and hence plays along with her hallucinations. Rain sees her mother around her, but his father doesn’t reveal the truth until the end. Rain’s hallucination of her mother is actually a way to balance her fragmented thoughts, as it provides her solace.

In a particular scene, we see Rain drawing a portrait of her mother. It establishes that the thought of her mother protects Rain from the intense paranoia that can physically harm her. Even Caleb, despite his understanding and sensitivity, is freaked out when Rain talks to her mother during a passionate moment. When her condition deteriorates, Rain’s father has no option but to reveal the truth. The revelation disturbs Rain, which perhaps pushes her to prove her sanity by solving the curious case of McConnell.

Rain’s friends’ hostile behavior doesn’t help her cause. So, in a moment of rage-filled anxiety, she barges into McConnell’s home. When she resolves the case of the missing child, she visits her mother’s grave, which lets her come to terms with the irreparable loss. In the end, Rain manages to prove herself right, and it provides a sense of calm as she comes to terms with her schizophrenia. Moreover, Graveyard and weeping angels recur in the film, which points to this denouement. Castille Landon thus carefully structures her narrative within the turbulences of schizophrenia and crafts a delectable mystery.

Read More: Where Was Fear of Rain Filmed?