The US Patent and Trademark Office gave Marvel Comics and DC the joint ownership of the word ‘Superhero’ in 1979. It is because when one talks of superheroes or people with superhuman abilities, they immediately think of stars from DC and Marvel Universe. However, the designers of superheroes have committed one big mistake. Most of their heroes are males and they have created fewer females that possess abilities as super as their male counterparts. Though female superheroes work shoulder to shoulder with their male versions, they could not work similar magic like the superheroes with the audiences. But we are not here to talk about that. We today want to talk about the best female superhero costumes. Whether it be Halloween, or any other occasion, here’s the list of top costumes that we are sure you would love to own. 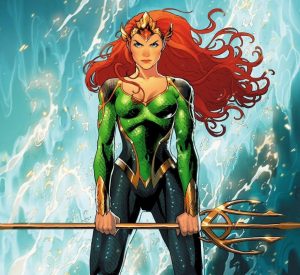 Created as the wife of Aquaman in 1963, Aquawoman, also known as Mera, is the Queen of Atlantis. She has the super ability, powerful enough to control huge quantities of water and the super strength and powers to live under the ocean like her more famous spouse. Aquawoman is depicted as a redhead, wearing a green-colored body-hugging suit that resembles a mermaid’s skin. She also wears a headdress and is sometimes portrayed carrying the trident. Not much is known about this sea queen, but we would love to see more of her story and her super abilities when she takes on her enemies in the main lead. 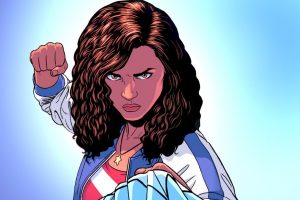 And that is not the title of a girl participating in a beauty pageant from America! While Marvel Comics introduced America Chavez, or Miss America, the first ever Latin-American superheroine in the year 2011, it would be really great to see Captain America’s female counterpart saving the world with her superpowers single-handedly. Miss America has the ability to fly, travel through different dimensions at a superhuman speed, which can exceed the speed of light and also punch her rivals to star dust! Depicted wearing a blue and red striped T-shirt with the star in the centre complete with black shorts, Miss America would be one superheroine to watch out for! 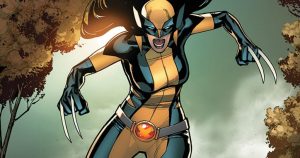 Introduced in the year 2004, Laura Kinny also known as Wolverina is created from Wolverine’s genetic material. Also termed X-23, she is Wolverine’s cloned daughter and possesses her father’s super abilities. Touted as the perfect killing machine and a living weapon, Wolverina has super strength, healing properties, quick reflexes, agility, abnormal speed and a set of retractable claws emerging from her knuckles, coated with adamantium. Although her story is not much popular, we would want to see Wolverine’s female counterpart counter her enemies just like her famous dad! 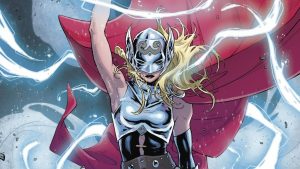 While the son of Odin, also known as Thor, who is the current king of Asgard, is all powerful; it would be great to see a woman wielding the mighty hammer similar to the Thunder God’s! Makers at Marvel did introduce Thor’s female counterpart called Thor Girl in the year 2000, who takes on the alter ego Tarene Olson; but the Asgardian goddess’s charm wore off soon enough. She is Thor’s loyal, ageless assistant, who can beckon storms with the powers of her gold hammer, control the weather and fly wherever she wishes to. Depicted wearing a red cape, a black and silver suit complete with the headgear, Thor Girl can make for a great superheroine, only if story developers bring her out on her own! 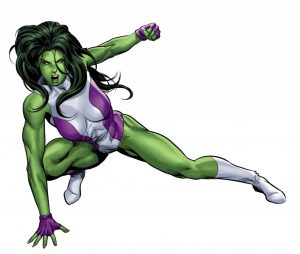 As the backstory goes, Bruce Banner’s cousin Jennifer Walters receives blood transfusion from her famous Hulk cousin, which leads her into become a female version of the giant green mutant, also known as She-Hulk. Created by Stan Lee in the year 1980, She-Hulk possesses the same kind of abilities like her green cousin but at much reduced levels. She has superhuman strength, speed, agility, stamina and the ability to grow in size, once her emotional state is highly triggered. She-Hulk is also an ace in hand-to-hand combat and is a martial arts expert. What fans would want to see is how the superheroine deals with her emotions and becomes the green mutant, saving the world with her superpowers. 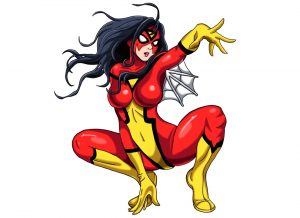 Unlike Spider-Man’s backstory, where he is bitten by a radioactive spider that transforms him into the superhero we known him as, Jessica Drew, who takes on Spider-Woman’s alter ego, is hit by a radiation beam, while she is still in her mother’s womb. As a result of this, when she grows up, Spider-Woman possess superhuman speed, agility and quick reflexes and she can also discharge venom blasts from her hands. She is a master combat fighter and can knock anybody unconscious and pierce through solid metals with her super energy. We are waiting to see more of this superheroine’s story. 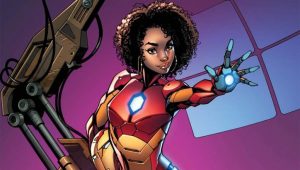 The billionaire playboy, who’s got the swag, Tony Stark aka Iron Man, is one flamboyant superhero, girl’s desperately want to befriend! And it would be a treat to watch his female counterpart take on his attitude in her alter ego form and superpowers in the superheroine avatar. Recently, news was rife that Tony Stark is set to pass on the mantle to a 15-year-old genius, Riri Williams, who will carry forward his legacy. The first ever Black superheroine will don the famous red and gold armour and will go by the name Ironheart! It would be worth watching whether she will have the same super abilities like Iron Man’s! 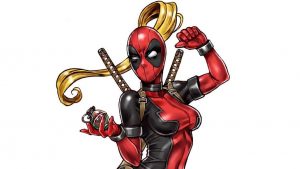 The mercenary with a foul mouth and dry wit, Wade Wilson or Deadpool as we know him, is one of the lesser known superheroes from the Marvel Universe, which gained prominence in 2016, thanks to Ryan Reynolds’ portrayal of the antihero. What we really want to see is a female version of Deadpool, who would go on a killing spree and make life miserable for her arch nemeses. Thankfully, the comic book house did come up with Lady Deadpool in 2010 and named her Wanda Wilson. Dressed in red overalls, Lady Deadpool possesses superhuman abilities like power of regeneration, which helps her heal her wounds like her male counterpart, resistance to foreign chemical invasion, immunity against diseases and enhanced reflexes. A more detailed portrayal of the sexy superheroine would really make for more entertainment! 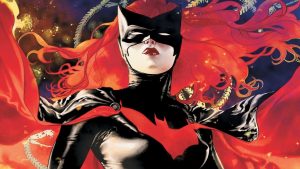 Katherine Kane, who goes by the name Batwoman, first appeared in the year 1956 and was designed to resemble a lot like her male counterpart Batman. A millionaire heiress, Batwoman is a masked vigilante and is inspired by Bruce Wayne to fight crime in Gotham City, putting her wealth to a good cause. Much like Batman, Batwoman, too, does not possess any special superhuman power, but she relies on her genius, her training in martial arts, her physical abilities and her skills at solving mysteries. She would be one superheroine the world would need! 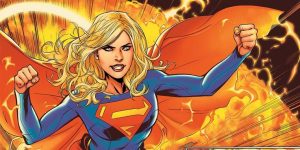 When one talks of superheroes the first person to come to mind is definitely Superman! Who would have imagined that this most well-known superhero would also have a female counterpart! Created in 1966, Supergirl also goes by the name Kara Danvers, and is Superman’s cousin. She is sent to the Earth when their planet Krypton is dying out. Supergirl has the unique abilities to fly, travel at superhuman speed; she has super strength, X-ray vision, solar energy absorption and even accelerated healing capability. While her stint was short-lived, we would want to see this superheroine from Krypton in action for one more time!