Where Was Fiddler on the Roof Filmed? 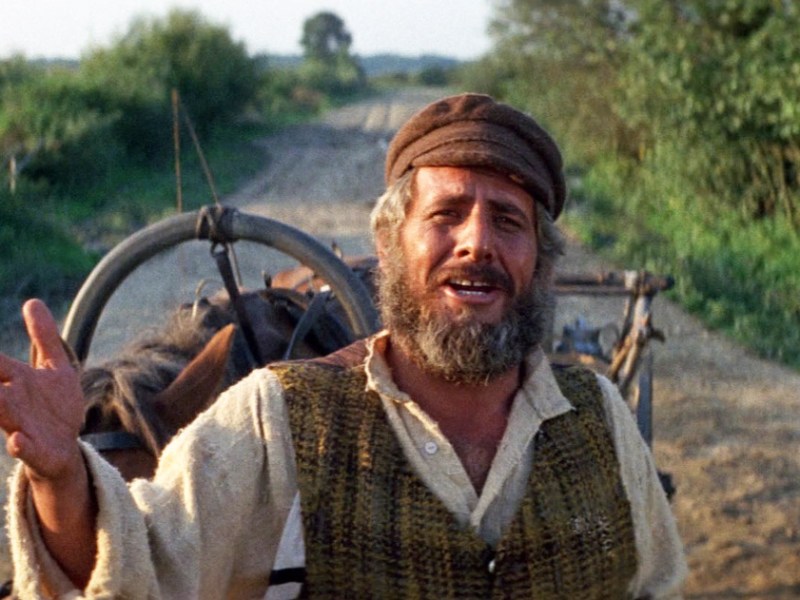 Musicals have been a mainstay in Hollywood for a longer time. Although musical productions are fewer in number, their influence has been unparalleled. Just think of ‘La La Land.’ However, musicals have been around for a long time, presenting perception-changing stories that drill important messages in viewers’ minds. The 1971 musical, ‘Fiddler on the Roof’ is certainly one of the classics of the genre.

‘Fiddler on the Roof’ is based on a 1964 Broadway musical of the same name. The tale revolves around a Jewish family living in the Ukrainian village of Anatevka. The head of the family: a poor milkman mulls over marrying three out of five of his daughters. His conflict revolves around the maintenance of his Jewish cultural heritage since his daughters want to marry for love, with each of their chosen suitors being farther away from his culture. Meanwhile, anti-Semitic sentiments threaten the family’s village.

The movie went on to be nominated for five Academy Awards. Plus, it won three of them: Best Sound, Best Cinematography, and Best Music, Scoring Adaptation and Original Song Score.

Fiddler on the Roof Filming Locations

Several viewers would have wondered how the movie manages to nail its depiction of a Ukrainian Jewish village. A large chunk of the movie is set there. Moreover, the story is set in the early 20th Century and the film manages to authentically replicate the time period as well. Hence, it is natural for viewers to be curious about the places used for filming.

A major portion of ‘Fiddler on the Roof’ was filmed in Croatia. The village of Lekenik served as a crucial filming location. It doubled up as the village of Anatevka. Croatian film producer,  Branko Lustig who is best known for producing ‘Schindler’s List’ was the one to lead the production of ‘Fiddler on the Roof’ to Lekenik. Mala Gorica was also used to shoot a few scenes set in Anatevka.

Seems familiar? You might recognize this spot from the ”Fiddler on the Roof”, a winner of 3 #Oscar awards. More and more tourists around the world are coming to #Lekenik, Croatia, to see this beautiful old house, and today I met people that came all the way from the US 🏠🇺🇸 pic.twitter.com/tCpKBZT0of

However, those aren’t the only places in Croatia where filming was carried out. Zagreb, the country’s capital also served as a filming location.

Filming for ‘Fiddler on the Roof’ was also carried out in the United Kingdom, apart from Croatia. Here, the production facility, Pinewood Studios was used to film a few scenes. Pinewood Studios is located in Iver Heath in Buckinghamshire. Apart from that, local sources have also pointed out the fact that the musical was filmed in London as well.