‘First They Killed My Father’ Review: Angelina Jolie’s Best is Not Good Enough 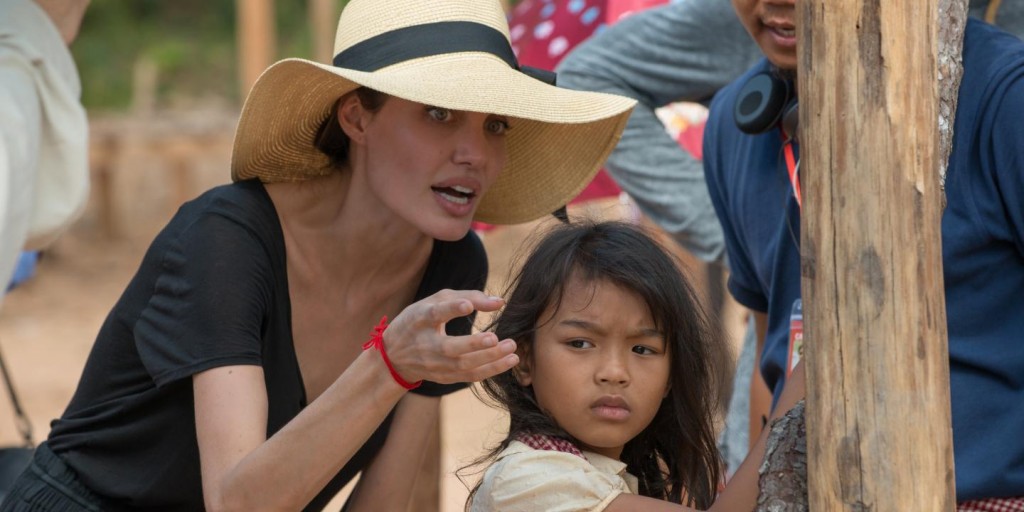 Angelina Jolie, one of the biggest movie stars on the planet, wants to be taken seriously as a director. She has the clout and the money to get films made even if she is not in them and that is exactly what she has done these last few years. Her film a couple of years ago, Unbroken (2014), was expected to earn her a much coveted Academy Award nomination but it left some viewers cold despite some impressive performances within. Critics attacked the film for its violence and very nearly torture porn, but I did not see it as that. The film felt distanced for me, cold, we could not get close to the characters, and for that reason it did not work for me.

This new film, if it compares to any single movie, that would be The Killing Fields (1984)  — though it lacks the confidence of that director, Roland Joffe. That said, Miss Jolie demonstrates a brashness behind the camera, a willingness to “go there” when we might not expect it and seeing the film from a woman’s point of view was, I think, very different than what a make director might have brought to it. Why? She is a mother, she feels things a man cannot feel, she will experience things we cannot, just because she is a mother. Secondly, she has an attachment to the country of Cambodia that came when she adopted a child born in that country. It was important to she and Pitt, the boys stepfather that the child understand his culture and from where he came.

Based on the book by the child that went through this nightmare, Loung Ung co-wrote the screenplay with Jolie, which allowed her to maintain the integrity of her story. Jolie has the courage as a director to pull no punches in exploring what this child experienced in the seventies when the Khmer Rouge took control of her country. The problem is she should have pulled some punches, as the scenes of the atrocities become redundant.

Between the years 1975 and 1979 the Khmer Rouge massacred over three million people, leaving even more forever scarred by what was done to them. Ung was among those taken by the Khmer Rouge, and her life was never the same. Living in a large apartment with her family, their life was idyllic, as she adored her father, her mother and siblings. When the United States pulled out of the war in Viet Nam, those left behind knew what was coming, and they could do little about it. When the Khmer Rouge army storms Phnom Penh they murder anyone who resists and take prisoner anyone who does not. The communist army tortures anyone who resists or who not do their bidding, which must have been terrifying for the young Ung, living in fear her family would be butchered in front of her. It is certainly not something a child, any child should ever have to experience.

Ung has nightmares of her family being slaughtered in front of her, she longs for better days not understanding why her family is being put through this hell, and why no one helps? Why did the Americans withdraw and allow the Khmer Rouge to commit genocide of a people? That is really what Jolie is asking, something she makes clear with her montage at the beginning of the film of news reports and the voice of Richard Nixon discussing operations in Viet Nam. Why did the world turn their back on the people of Cambodia and allow this hell to take place?

As important as that question is, as significant a subject as this might be, should I have been looking at my watch partway through? I admit to being a tad bored by the film as honorable as it might be and in that lies the central problem. Like Gandhi (1982) the subject matter becomes the star and the film is weighed down under its own self-importance. Impeccably well made, Jolie is no slouch as a director, but her storytelling techniques need some maturation. I worry she will become the poor mans Oliver Stone, beating the audience over the heard with a sledge-hammer to beat home her point. No need here, we get it, just let it unfold.

Srey Moch Sareum is fine as Ung, giving an expressive and strong performance as she observes the destruction and mass murder all around her. Her wonderfully expressive face show us the pain of what she sees, but it is a distanced performance, chilly in its execution, she never pulls us close. Jolie succeeds in exploring the hell, but we never really see the resilience of the young woman other than she lives through it. What decision did she make to allow her to live through it or did she just get through it? We need to see the obvious intelligence of this young woman, we need to see how seeing what she saw shaped her.

Jolie shows the horrors, over and over until the Khmer Rouge become mindless murderers without particularly delving into their psyche. This very issue plagued The Deer Hunter (1978) and is what I believe keeps both films from being great movies.