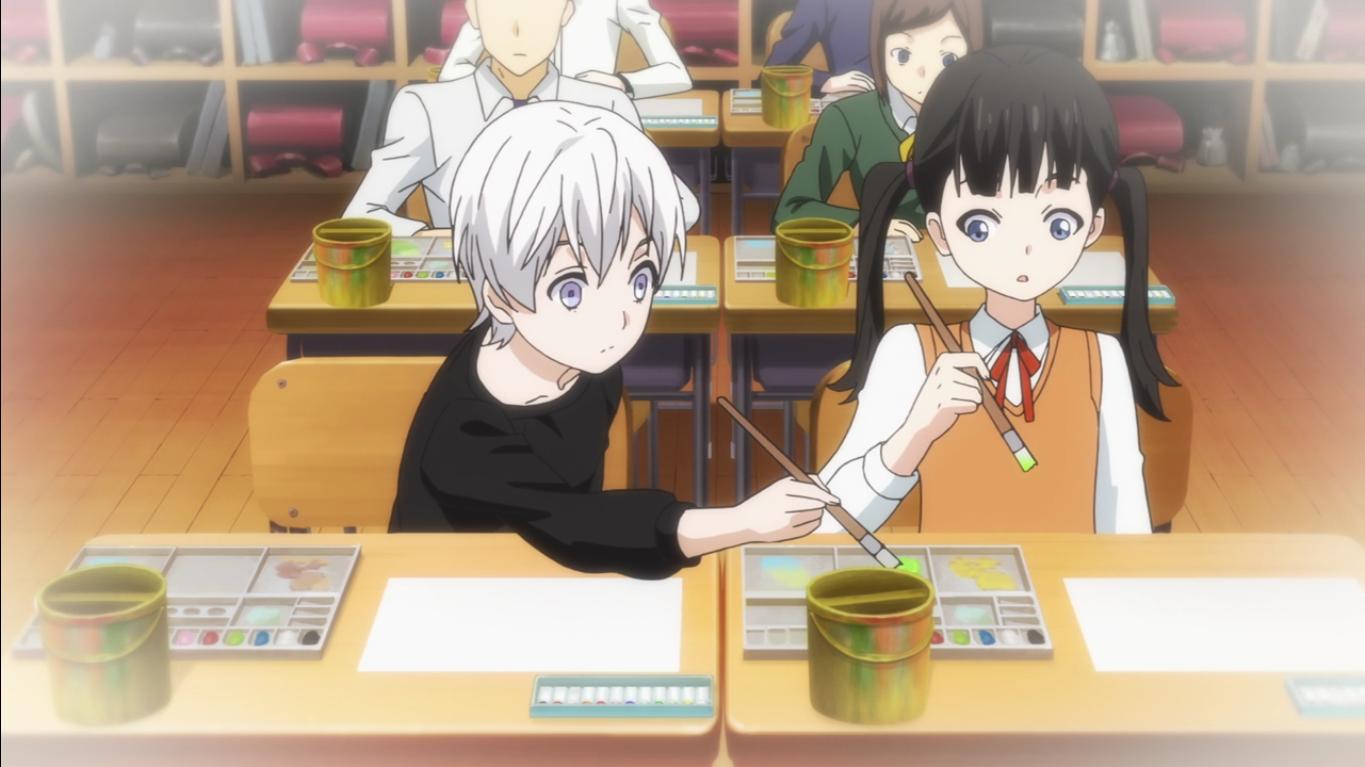 Almost in all of my previous reviews of this season, I’ve complained about how ‘Food Wars’ has completely lost its essence. Now I’m starting to realize that it’s not just the format of its narrative that’s repetitive, but it’s also the entire arc of its storyline that is absolutely horrendous. This arc of the story barely has any meaningful content. It’s all about one Shokugeki after another and a couple of character backstories here and there. But what makes it even more tedious is how the creators are approaching it.

Nine episodes in and ‘Food Wars’ Season 4 is already starting to feel like a drag, which makes me wonder how the creators will be able to pull off an entire 25-episode season.

Tsukasa, Rank 1 of the Elite, gets really impressed by Satoshi’s soup and even offers him a job. But while he does this, he still confidently claims that he will eventually win the battle. He then presents his dish, known as the ‘Lievre a la Royale’, to the judges. Two bites into his dish and the judges start noticing a mysterious layer that wraps his creation. As always, the judges almost get an orgasm and call him an absolute genius. Everyone agrees that Satoshi’s soup was brilliant in its own way, but it still fails to be as perfect as Tsukasa’a royal flavors. The bout ends with Tsukasa’s second win in a row.

Soon after this, the Grandfather of the academy announces a change in the format of the battles. He introduces the fifth bout in the same round of Shokugeki where two chefs will be representing both the teams. Both of these chefs, instead of just preparing one dish, have to now prepare a full two-course meal for the judges. Rindo starts panicking and gets really anxious about the new multi-course meal that they’ll have to prepare in the next round while Tsukasa, as always, seems calm. However, regardless of all the pressure that they go through, the two of them stay calm and work as a team.

Meanwhile, at the Rebel’s end, Soma and Nakiri constantly argue about the possible dishes that they could prepare. The anime then drifts back to some flashbacks that reflect on the bond between Tsukasa and Rindo. It also shows how the two of them had always aspired to be the best chefs but after becoming Rank 1 of the Elite, somewhere along the line, Tsukasa had lost his way.

All of this is then followed by the initiation of the fifth bout where Tsukasa and Rindo peacefully walk towards the battleground. But Soma and Nakiri still seem to be arguing about everything, and just to finally settle on which course of the meal they will be cooking, they play a game of rock-paper-scissors. Soma loses and is forced to work on the appetizer. The ultimate bout between the best of the best finally kicks off.

Episode 9 brings in a much-needed shift in the overall tone of the show by entirely focusing on the back story of the two Elites. But again, its wacky pacing ruins pretty much everything and its inconsistent editing destroys the natural flow of all of its events. Almost the entire second half of the previous episode revolved around the judges’ reaction in context with Satoshi’s dish.

Episode 9, with its confusing nimble pace, just quickly brushes through the reaction of the judges for Tsukasa’s dish and jumps to the conclusion of the battle. All of this happens so abruptly that, as a viewer, you don’t even get the time to absorb the true essence of the dishes they have created. ‘Food Wars’, as the name suggests, is essentially supposed to be about food. But the way Season 4 is starting to unfold its content, it seems like it’s all about the reaction of the judges along with some unnecessary fan service.

On the upside, this episode makes an attempt to break free from its typical formulaic approach by bringing in some much-needed character development. However, even this falls flat as the backstories introduced in the episode lack depth. Season 4 is now starting to look like a spam tournament arc that is going nowhere. At the end of the day, I can only blame the constraints that the source material has put on the creators of the series. They cannot really deviate from the original storyline, and at the same time, no amount of writing talent can revive an arc that barely has any meaningful content.