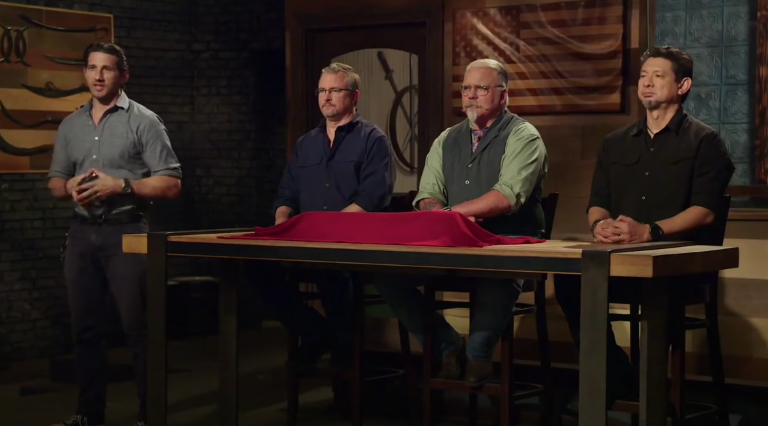 Last week, in ‘Forged in Fire’ season 8’s premiere episode, we had witnessed four talented bladesmiths, battling it out to salute the nation’s veterans. They are asked to re-create a series of unique blades, designed by distinguished Military vets. The winner of the debut is Mike Rizzo, who takes home the cash prize of $10,000 while being crowned as the champion for week one.

The second episode, which landed this week, and is aptly titled ‘The Deadly Vajra-Mushti’, takes us to the ancient land of India. More on that later. Now, the series is geared up to release its next episode. And here is everything you need to know about it.

‘Forged in Fire’ season 8 episode 3 is slated to premiere on December 2, 2020, at 9 pm ET/ 8 pm CT on the History Channel. New episodes will drop every Wednesday night at the same time slot.

The second episode is titled ‘The Legendary Sword of Saladin’ and here is its official synopsis as outlined by the History Channel: “Four smiths are tasked with forging signature blades from either a large suspension cable or thin piano wire; after two intense rounds, two return home to re-create the legendary Sword of Saladin, one of the sharpest blades in the world.”

Where to Stream Forged in Fire Season 8 Episode 3 Online?

‘Forged in Fire’ is on the History Channel, so the easiest way to see it is with a cable connection. With the help of an existing subscription, you can also head to the History Channel site, and stream the episodes. Cord cutters have a few options available like Directv, Fubo Tv, and Sling Tv, to live-stream the latest episodes.

If you are a Hulu subscriber, you can watch seasons 3 to 6 of the show, and there is a good chance that seasons 7 and 8 will be added on the platform as well. Amazon Prime users can always buy and stream the show’s episodes. Certain seasons are also streaming on Netflix.

The 2nd episode is called ‘The Deadly Vajra-Mushti’. A fresh batch of superbly talented bladesmiths steps in to prove their prowess and impress judges, J. Neilson, David Baker, Doug Marcaida, and Ben Abbott. But the task placed before the artists is extremely difficult. They are first asked to create canister Damascus from tubes. Following a couple of intense rounds in the forge, two of the shortlisted competitors return to their home forges. Here, they need to face the ultimate challenge — re-create the deadly and unique Indian weapon, the vajra-mushti. So who is the final winner for week 2? Use one of our streaming options from the aforementioned list and find out for yourself!