Frances Murphy, Mildred Lindquist, and Lillian Oetting Murders: How Did They Die? Who Killed Them? 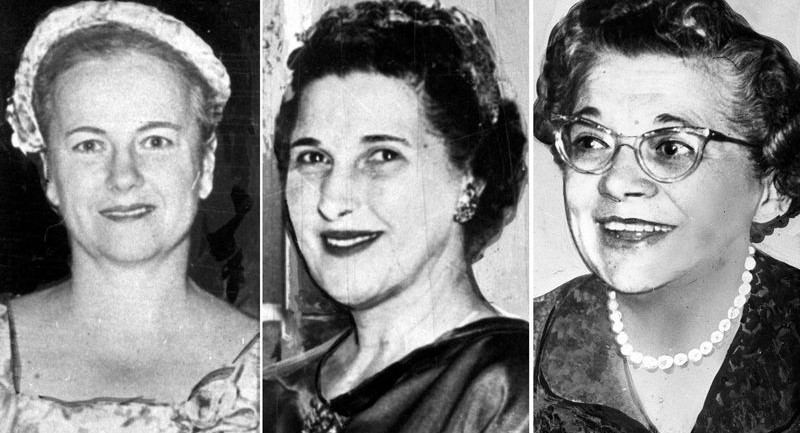 The HBO true-crime documentary ‘The Murders at Starved Rock’ dives deep into the murders of Frances Murphy, Mildred Lindquist, and Lillian Oetting and deals with complicated themes of justice, guilt, innocence, power, and truth. Directed by Jody McVeigh-Schultz, it focuses on how the man found guilty of the triple murder — who has maintained his innocence the entire time — is set free after several decades, reigniting people’s interest in the case.

Through the eyes of the son of the solicitor who prosecuted the guilty as well as the people of the small-town who have almost mythicized the crime, we see the complex facets of the horrifying murders and a supposedly rushed conviction. Naturally, fans have an array of questions pertaining to this fascinating documentary and the real-life crime it revolves around. For starters, how did the three women die and who is the man who killed them? Let’s find out.

How Did Frances Murphy, Mildred Lindquist, and Lillian Oetting Die?

On March 14, 1960, three friends, Frances Murphy, 47, Mildred Lindquist, 50, and Lillian Oetting, 50, left the Starved Rock Lodge, located near North Utica (also known as Utica), Illinois, to go hiking through St. Louis Canyon. The canyon, famous for its scenic waterfalls and rock walls, is a well-known tourist attraction. The three women, who were the wives of esteemed Chicago businessmen and hailed from the suburb of Riverside, had come to Starved Rock State Park in LaSalle County, Illinois, for a four-day vacation.

However, Murphy, Lindquist, and Oetting did not return and were reported missing when George Oetting, Lillian’s husband, tried and failed to reach her despite several phone calls to the lodge. Eventually, the police department was contacted and soon a search party was organized. The women’s bruised bodies, lying side-by-side, were finally found in a cave within the snowed-in canyon by the police on March 16, 1960.

The authorities deduced that the women had been bludgeoned to death with a frozen tree branch that was lying near the cave and noticeably stained with blood. Two of the bodies had been bound with white twine and all of them were partially disrobed. Based on the large pool of blood outside the cave and the small amount inside the cave, the police reasoned that the killer had beaten the women to death in the clearing and then later dragged their bodies inside.

The bodies were then taken to the Hulse Funeral Home in Ottawa. The medical examination concluded, based on the head injuries sustained by the women, that Murphy, Lindquist, and Oetting had each suffered almost 100 blows around their faces. The horrifying triple murder rocked the small town of North Utica and continues to be part of the local psyche.

On March 15, 1960, Chester Weger, 21, a dishwasher at Starved Rock Lodge, was seen by his co-workers with scratches on his face. Because of this, the authorities kept a close eye on Weger, a married man with two children. However, when some white twine that closely resembled the ones that were used to tie up the three women were found in a toolshed near the lodge and assumed to be taken from the kitchens, the police began non-stop surveillance on Weger.

Thus, Weger was followed, interviewed, and interrogated by the authorities constantly. He passed the first three polygraph tests; however, on September 23, 1960, he failed a couple of lie-detector tests. Then, on November 17, 1960, Weger confessed to all three murders. Two days later, Weger took back his confession, claiming that it had been given under duress and that the authorities had threatened him with the electric chair.

Despite Weger pleading not guilty, on April 3, 1961, he was sentenced to life imprisonment for the murder of Lillian Oetting. The court did not try him for the other charges because of the existing lengthy duration of his sentence — he was expected to die in prison. Werger was sent to Illinois State Penitentiary, located in Joliet. He was released from Pinckneyville Correctional Center on parole on February 21, 2020, at the age of 80.