Frank Fritz From American Pickers: Everything We Know 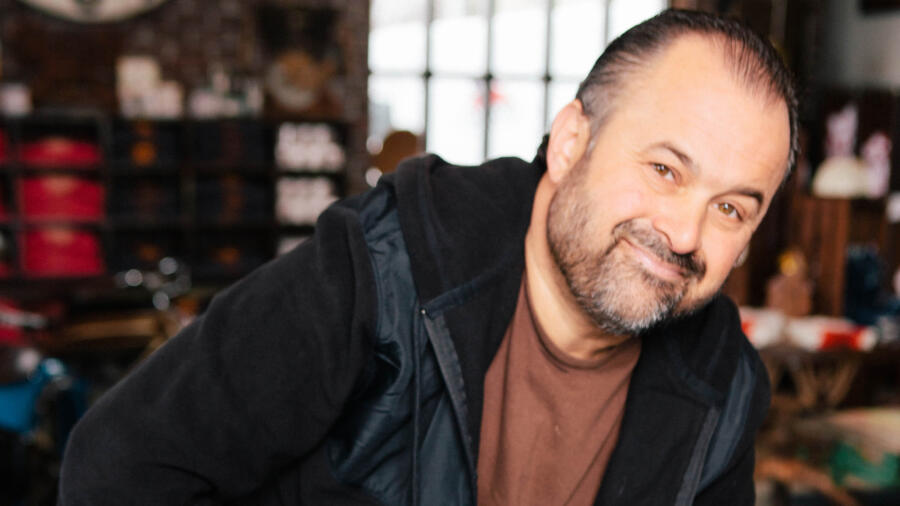 Frank Fritz is the popular co-host of ‘American Pickers’ who realized his passion for gathering precious but overlooked antiques at an early age. The lifelong Davenport, Iowa, resident has gone from finding hidden valuable collectibles in his neighborhood to scurrying through barns, garages, and junkyards across the country. Making it his life purpose to cash in on his finds, Frank has made an illustrious career out of it. We got curious to know more about the fan-favorite television personality, and here is everything we know!

Frank Fritz’s urge to collect rusty and valuable pieces kicked in early, and he started gathering rocks and beer cans at a young age. For some time in his life, he did not entirely see the depth of his passion or its scope as a career choice. Therefore, the Iowa native became a fire and safety inspector and motorcycle safety instructor until the point his heart’s calling could not go unheard anymore.

Looking for all new episodes of #AmericanPickers?
We're back on Monday at 9/8c on @HISTORY pic.twitter.com/ZMKJB5vI9t

Interestingly called the bearded charmer by his friend and co-host, Mike Wolfe, Frank has now been spending most of his days traveling across America to collect antiques and look for potential sellers. He also owns an antique shop, Frank Fritz Finds, located in Savanna, Illinois Renowned for his love of vintage motorcycles, Frank has quite an impressive collection that he often flexes on his social media accounts.

Frank Fritz made the headlines in 2017 when he got arrested for OWI (Operating While Intoxicated) while driving out in Iowa. He pled guilty the following year after it was reported that he was heavily under the influence. Apparently, on July 30, 2017, several people called 911 to report that he was driving his “silver pickup truck” on the wrong side of the road. But his side of the story for having failed the sobriety test is completely different. He claims to have taken the illegal U-turn and missed the exit.

About his intoxicated state, the TV star admits that he had used marijuana (legal in Rome) while he was in Colorado for three weeks and still had some Xanax, an anti-anxiety drug, in his system. Nonetheless, at the end of the day, the fact remains that Frank was fined $625 plus court costs, ordered to attend a rehabilitation program, and serve a year of unsupervised probation. Frank had previously drawn a lot of attention towards his significant weight loss during seasons 8 and 9 of ‘American Pickers.’

The viewers were so gravely concerned that he had to directly address the notable reduction in his weight as one of the repercussions of suffering from Crohn’s disease. He has been battling with the “terrible, terrible disease” for more than three decades. His entire crew knows about his incurable chronic disease of the intestinal tract and even goes the extra mile by accommodating his urgent need to use a restroom and providing a recreational vehicle for it. In his 50s, Frank decided to eat healthy, exercise, and lose the extra kilos to keep his medical condition under control. 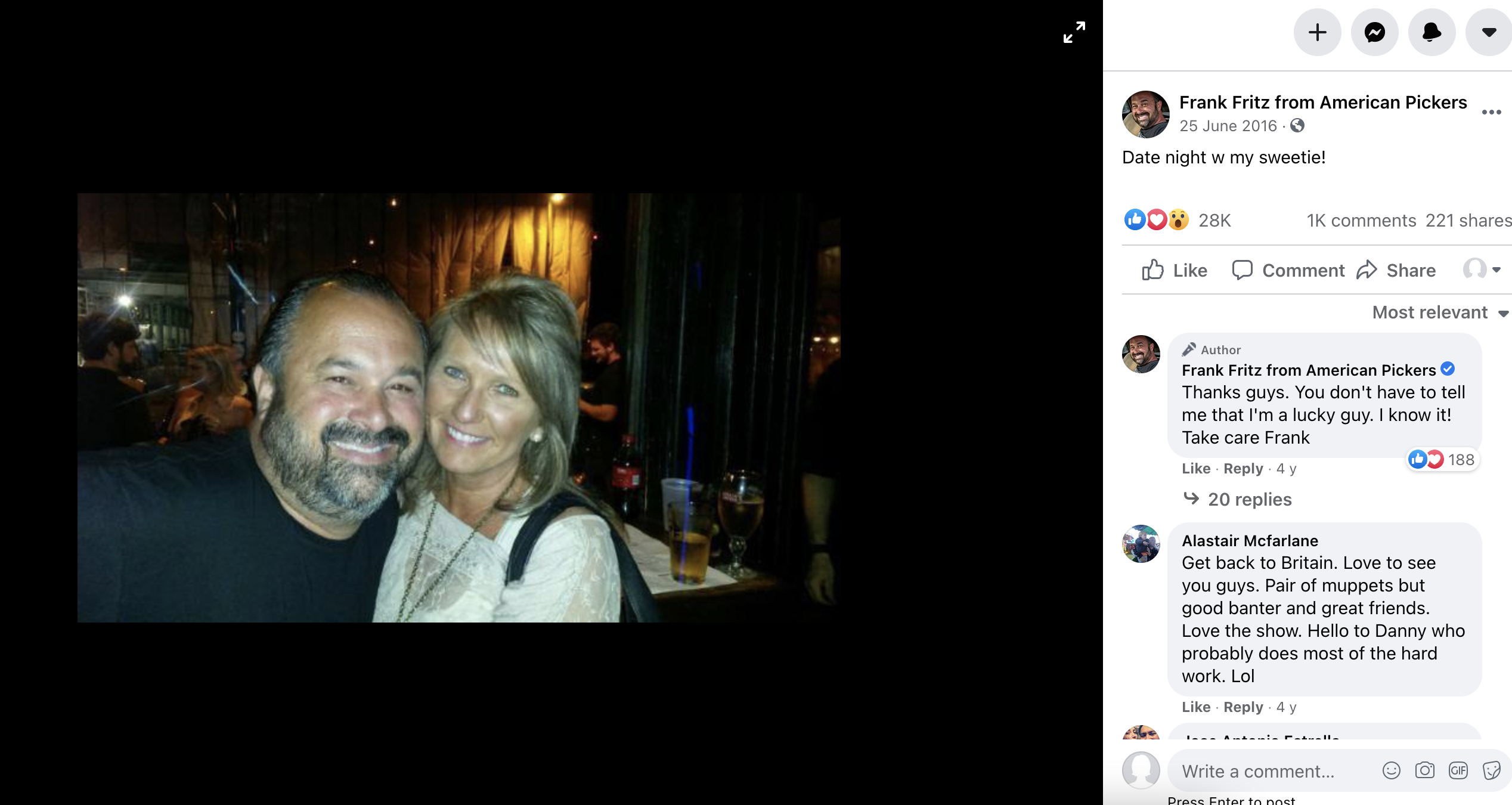 Frank Fritz is one of the few stars who proudly prove to the world that one does not need to actively engage fans’ attention in one’s personal life to have a flourishing career as a television personality. If he has ever openly professed to be “in love” publicly, it has been for a gorgeous-looking bike! But interestingly, Frank has never tried to hide his deep adoration for his partner, Diann. The two often take trips and meet their old and new friends together while enjoying the warmth of a happy relationship.

It is not known if Frank ever married his “lovely better half” or if she is still his girlfriend. He has shared adorable pictures of his granddaughter, Eulalia, though he does not have children of his own. So it is speculated that she is Diann’s grandchild, and Frank adores her as his own. By sharing a tad bit about his partner, he gave a sneak-peak into his personal life along with discarding the speculation about his sexual orientation.

Having spent a considerable amount of time with Mike Wolfe, tittle-tattle about them being romantically involved began to make rounds. This did not seem implausible at the time since both were unmarried and chose to never speak about their dating choices. However, Mike is now a loving husband and father to Jodi Faeth and Charlie Wolfe, respectively, while Frank is more than happy in the company of his wonderful bike collection.

Read More: Mike Wolfe From American Pickers: Everything We Know