Freedom Planet 2: Everything We Know 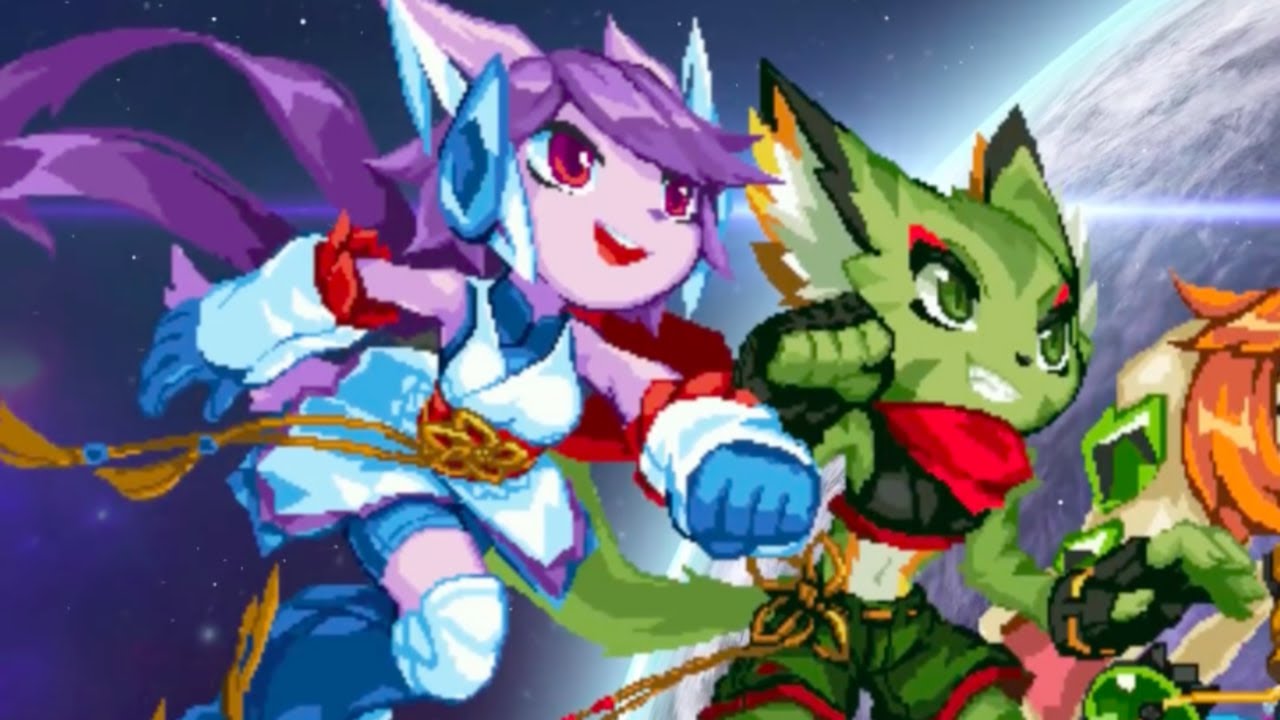 The game is a true homage to the 16-bit and 32-bit platformers of old, particularly ’Sonic the Hedgehog’. Owing to the runaway success of the game, a sequel titled ‘Freedom Planet 2’ was greenlit way back in 2015 itself, but multiple delays have seen the release of the game being pushed back a number of times. With the game expected to finally launch this year, read on to find out everything we know about ‘Freedom Planet 2’.

What is Freedom Planet About?

The first ‘Freedom Planet’ is a 2D platforming game with an emphasis on breakneck speed gameplay interspersed by numerous boss battles. Much like many of its inspirations, ‘Freedom Planet’ is presented in a retro pixel art style influenced by medieval Chinese art.

The game’s storyline follows three anthropomorphic animals – half-dragon girl Sash Lilac, wildcat Carol Tea and the space-faring, duck-like Torque. Our three heroes set about to protect a potent relic known as the Kingdom Stone. In the pursuit of their goal, they quickly find themselves embroiled in a three-pronged conflict between three major factions – Shuigang, Sang Mu and Shang Tu.

The gameplay in ‘Freedom Planet’ is heavily influenced by ‘Sonic the Hedgehog’ but with its own twist. You control one of the three characters as they run and jump through levels, tackling various obstacles such as rock walls and loop the loops. Each level has a mini-boss fight in the middle, as well as a full-fledged boss battle at the end. Each character has a basic attack, as well as a special attack that is dependent on the status of your energy gauge.

The game’s story is mostly disseminated through cutscenes at the end of each level.

Freedom Planet 2 Gameplay: What to Expect?

‘Freedom Planet 2’ is a direct sequel to ‘Freedom Planet 2’ and is set in the same universe as the first game, featuring many of the same characters including protagonists Sash Lilac, Carol Tea and Milla Basset, an orphaned Hush Basset who befriended Lilac and Carol in the first game. They are joined by an all-new protagonist, Panda woman Neera Li, an expert martial artist who was once an enemy to Sash Lilac.

The webpage for ‘Freedom Planet 2’ describes the game as follows:
“The fast paced platforming of Freedom Planet returns! Become a full-time cartoon heroine and use abilities and items suited to your play style to explore the world of Avalice and defend its animal citizens!”

The story of ‘Freedom Planet 2’ takes place two years after the events of the first game, which concluded with the destruction of the Kingdom Stone. Unforeseen by anyone, this has resulted in the awakening of the ancient water dragon Merga, who emerges from the depths of the ocean to exact her vengeance upon the world.

This time around, our heroes each have their own motivations to fight and will find themselves on opposite sides of the conflict. Each of the four protagonists’ story arcs will be unique, and you will be able to play through all of them individually, giving ‘Freedom Planet 2’ immense replay value.

The gameplay is also undergoing various changes in the sequel, with the most immediately noticeable being the exploration centric Adventure Mode, which now features a world map and specific hub areas where you can interact with NPCs (Non-Playable Characters).

The health system has also undergone an overhaul. Now Shield Crystals will release one of five types of guardian orbs to protect the player instead of a shield like in the first game. Each orb is based on one of the five elements, namely Water, Wood, Fire, Earth, and Metal.

Freedom Planet 2 Developers: Who Are the People Behind the Game?

Development on ‘Freedom Planet 2’ began as far back as late 2015. The game has gone through multiple delays since then, having been pushed back on multiple occasions.

Freedom Planet 2 Release Date: When and Where Can I Play It?

Initially, ‘Freedom Planet 2’ was assigned an estimated release date of 2018, which was later pushed back to 2019. However, this did not happen either and now the game is widely expected to release on an as-yet-unspecified date in 2020.

‘Freedom Planet 2’ will initially be arriving on PC (Microsoft Windows via Steam), with the console versions due later. Judging by how ubiquitous the first game was, it would be reasonable to expect ‘Freedom Planet 2’ to arrive on PlayStation 4 and Nintendo Switch at the very least.

You can watch the trailer for ‘Freedom Planet 2’ right here.