All 12 Friday the 13th Movies, Ranked From Worst to Best 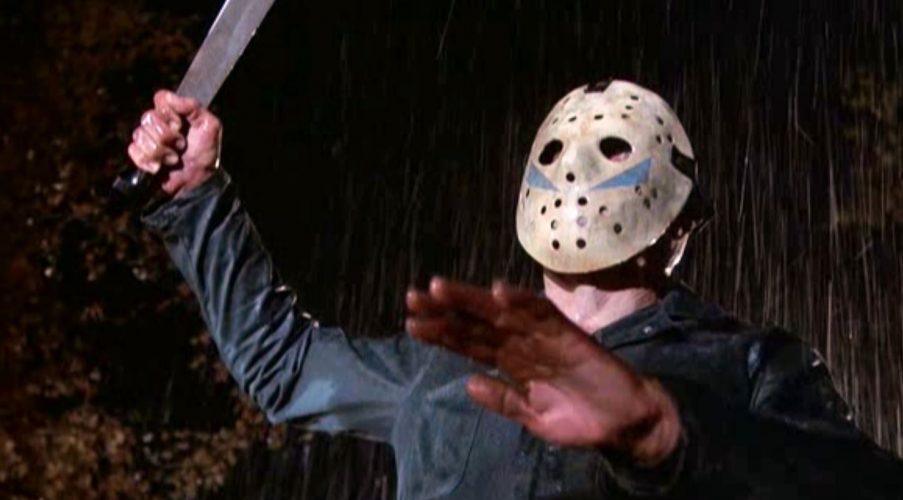 The stories around the cursed Friday the 13th are known to all. When the 13th day of the month appears on a Saturday, it usually gives rise to superstitions. It’s the day of bad omen, a day when bad and creepy things happen. In western beliefs, the interest surrounding the day has spawned the long-running series of mediocre but entertaining films. So if you want to start your Friday the 13th binge, look no further than this list. Here are all Friday the 13th movies ranked in order from worst to best. You can several of these Friday the 13th movies on Netflix, Hulu or Amazon Prime.

For a lack of better words, let’s just say the newest reboot of Friday the 13th was just plain bad. This slasher film tried to completely reimagine the original series of the 1980s but missed the mark by quite some distance. The makers tried to induce a bit of backstory to give more insights about Jason’s mental construct but that didn’t work much either. It takes influence from a certain incident of 1980 but the story unfolds in the present day. A group of young adults finds abandoned summer camp in crystal lake despite the local’s warnings and mayhem follows. It is the same spot that witnessed the gruesome series of murders in 1980. Young Clay attempts to find his lost sister Whitney with the help of few people of shared interests but inevitably Jason returns as a more vengeful and merciless killer.

From killing drunk, dumb and ignorant young adults in the woods Jason Voorhees manages to kill drunk, dumb and ignorant young adults in Manhattan, NY. Jason manages to get hold of a luxury cruise named Lazarus to plan his next series of kills. Young people are celebrating their High school graduation success in the New York-bound ship when Jason sneaks up from behind to murder them. Our protagonist Rennie has a past as she has fear of water because of a traumatic experience involving Jason in her childhood. Jason manages to kill most of the travelers but Rennie and her flame Sean somehow reach Manhattan. Jason reaches there too as the couple realizes that in order to survive they must kill Jason before he kills them.

By this time you got to realizes that the makers have run out of ideas. They somehow still need to cash in the popularity of Jason and Freddy of ‘A Nightmare on Elm Street’ fame and what better way other than to pit these two against each other? The 2003 film precisely does so albeit with subdued interest from viewers. After being left powerless by the town’s attempt to forget the existence of Freddy Krueger, Freddy decides to strike terror in the heart of teenagers through Jason. He sets Jason to kill children in Springwood but realizes that Jason has started chewing his portion of children to kill. Freddy must take Jason out and the duo immerses themselves in a lethal battle against each other and as always the collateral damages being innocent humans.

The film ‘Jason Goes to Hell: The Final Friday’ attempts to send Jason back to hell until he comes back again. Jason, the living spirit of evil is blown to bits by a special FBI task force. However, during an autopsy, Jason’s soul manages to corrupt anyone he touches. He’s reborn deadlier as now he can be anywhere and under the guise of anyone. A bounty hunter tracks Jason’s family the Kimbles and the bloody ending reveals the reason behind Jason’s killing instincts and how his family holds the key to end the reign of his terror.

From killing people in woods and in ships, Jason gets an upgrade as he starts killing people in a spaceship. Stretching the plot to its thinnest, ‘Jason X’ sets itself in a futuristic milieu. The year is 2455 and Jason is reawakened after being in cryogenic sleep since 2008. In the 25th century, the Earth is uninhabitable as humans have moved to Earth II. For a research project on cryogenic substances, Rowan and his friends make a trip to Camp Crystal Lake and bring back the body of frozen Jason Voorhees. He’s deadlier than ever as he’s armored with advanced technology and a brand new machete. He goes on about his usual rampage in the spaceship and Rowan must stop him before he kills the colony.

We are now moving towards the originals and slightly better set of Friday the 13th films. Five years after the murder of serial killer Jason by his own hands, Tommy Jarvis is battling his own mental battle against that incident. He has been moved to and from different mental hospitals and now he lives in a New Jersey rural rehabilitation center. Things take a turn for the worst when a kid dies accidentally but in a similar fashion as to Jason’s ways. A new Jason-like killer starts killing off people around the house and Tommy must unravel the mystery behind the new killer and stop him as well.

In ‘Friday the 13th Part VII: The New Blood’ the story takes a supernatural turn. Years after Tommy Jarvis chained Jason to the bottom of Camp Crystal Lake, a young girl named Tina Shepherd who possesses special psychic powers accidentally kills her father. With the intention to revive her father, Tina is manipulated to revive Jason instead and he starts killing children around the place. Tina realizes her fault and decides to stop Jason’s rampage. She harnesses her psychic powers as she fights vengeful Jason.

In ‘Friday the 13th Part VI: Jason Lives’, the repeated saga of Jason’s death and revival continues. A year after the death of Jason Voorhees, Tommy Jarvis decides to completely destroy the remains of Jason as he visits the graveyard. However, a bolt of lightning accidentally brings Jason back and he’s vengeful than ever. Tommy frantically tries to warn the police authority but they shrug off his claims. Realizing that only he possesses the power to stop him, Tommy preparers to stop Jason as the authority also looking for him.

‘Friday the 13th Part III’ is the film that famously introduced Jason Voorhees’ hockey mask. Otherwise, the story is as generic as it gets. The story follows events that happened in the previous films. After being beaten by Ginny Field, Jason comes back with better killing instincts and a point to prove. Jason is in full form as he finds more innovative and gruesome ways to get rid of human beings. This time he’s up against Chris Higgins who has encountered Jason in the past. After Jason kills anyone and everyone that comes in front of him he faces Chris as a chance encounter sees Chris getting better of Jason.

‘Friday the 13th: Final Chapter’ starts the story arc of Tommy Jarvis. After being fatally injured by Chris Higgins and presumed to be dead, he somehow comes back to life in the morgue as he kills doctor and nurse back there. He immediately comes back to Camp Crystal Lake where he faces a young Tommy Jarvis. Tommy is living with his mother and older sister and Jason kills all the teenagers in the neighborhood. He promptly kills Tommy’s mother and the siblings must find a way to stop and survive Jason’s assaults. The showdown, in the end, is definitely tensed, justifying the title of the film.

The original sequel, ‘Friday the 13th Part 2’ follows the story of Jason’s rookie days. Jason’s mother Pamela Voorhees is a psycho killer by herself as she attempts to avenge the death of her son by killing Alice. Instead, Alice kills Pamela. In a spectacular fashion, it is revealed that Jason is alive and he witnessed his mother getting killed by Alice. Five years later Jason is a pro at his hobby but his mental peace is disturbed by snooping counselors who get killed one by one.  Jason has a secret inside his shack and in order to protect that he goes on rampant killing spree.

What can we say, the original is still the best. The film sets up the whole atmosphere of suspense and horror. In 1957, young camper Jason Voorhees is drowned in Camp Crystal Lake while other campers make fun of him. The failure and sheer insensitivity of the counselors are also visible. Years later when the camp is reopened mysterious events lead it to be closed hastily. After a long hiatus, it is opened again in 1979 but the campers and counselors are started to getting killed in absolutely horrific ways. The identity of the killer is kept hidden for a long time and the motive as well. The film started the slasher franchise with some originality and genuine suspense.