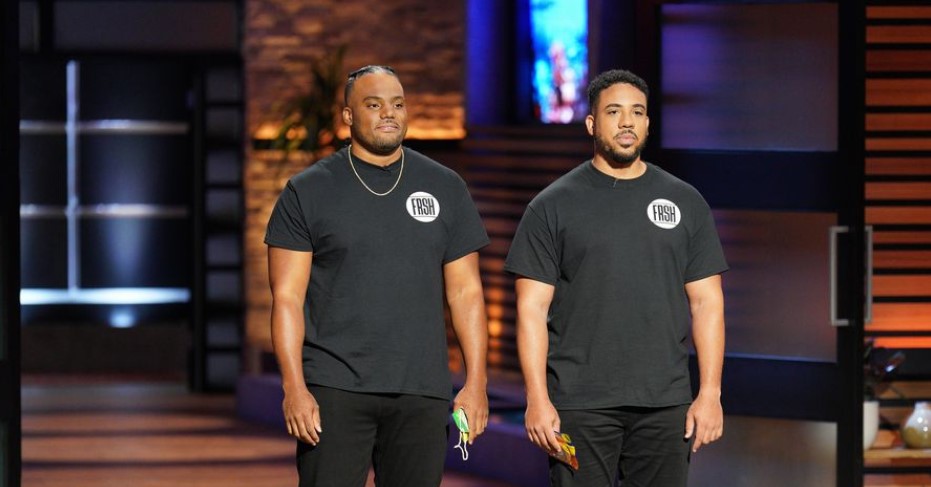 For people who own cars, using a car freshener is a must. However, the fresheners generally available in the market are boring and rarely show any sign of innovation. Determined to address this issue, entrepreneurs Donovan and Trey Brown came up with FRSH, an innovative and subscription-based car freshener that adds to the vehicle’s aesthetic. Naturally, once Donovan and Trey appeared on ‘Shark Tank’ season 14 episode 7, the interest in their product multiplied overnight, and fans are now interested to know more about the company. Well, fret not because we come bringing answers!

FRSH: Who Are They and What Do They Do?

Donovan Brown completed his Bachelor of Business Administration with a specialization in Business from Howard University before going on to work as a Social Media Strategist and Copyrighter with Muse Communications in 2013. In 2015, he wanted to expand his career and began working at Participant Media as the Social Media Coordinator for a few months. At the same time, Donovan had co-founded and was directing the Wemojis Mobile App, and eventually, in October 2015, he joined Resolution Media as a Social Media Strategist.

Since then, Donovan has held several prestigious roles in top-rung companies and was even employed as the Senior Marketing Manager at Blavity Inc. in 2018. Meanwhile, in 2017, Donovan started FRSH alongside Trey Brown and two other childhood friends and currently divides his time between FRSH and The Longtail Agency, where he serves as the Chief Executive Officer. On the other hand, Trey completed his Bachelor of Science degree in Communications from Howard University in 2011 before going on to earn a Master of Science degree in Business, Innovation, and Tech Commercialization from the University of Southern California.

Much like Donovan, Trey also has an illustrious career and has worked for several high-profile organizations, including Blavity Inc, Vector90, and Stockwell. He also established the digital messaging platform Bunjē SMART and joined FRSH in 2019 as the Head of Partnership. Currently, apart from working for FRSH, Trey also holds the position of Ecosystem Development Manager at Tron Dao. On the show, Donovan mentioned that he, Trey, and a group of two other childhood friends had always dreamt of starting their own company.

Although circumstances kept them from achieving their goals, the group still held regular brainstorming sessions, and during one of these, someone put up the idea of selling car fresheners. While the plan did not seem lucrative back then, Donovan and Trey began researching the product and discovered that there was almost no innovation on the market. Although they refused to mention names, they claimed that a single company flooded the car air freshener market with their product, and since there was no competition, the company did not have any incentive to improve.

Thus, wanting to plug the gap in the market, Donovan and Trey got their group together and established FRSH alongside two of their childhood friends in 2017. While FRSH is a car air freshener of the highest quality, it comes in attractive packaging and can be placed anywhere inside a car. Moreover, each unit has a beautiful song quote printed on the packaging, and Donovan claimed that FRSH car fresheners have twice the thickness of regular ones, allowing them to last longer. Besides, the company offers several varieties of fresheners and even introduced a one of its kind subscription service.

Where Is FRSH Today?

Donovan and Trey were pleasantly surprised at the positive response FRSH received soon after its launch in 2017. Since the company was based out of Detroit, the city synonymous with cars, they were able to market their product to a broad audience which, in turn, exponentially increased their customer base. Besides, the founders relied heavily on social media advertising, and their experience in the field helped them expand their reach. Eventually, big brands started taking notice of FRSH and approached them with collaboration deals.

Thus, willing to take the next big step, the founders collaborated with the NBA as well as ViacomCBS’ ‘Spongebob Squarepants’ to introduce themed car fresheners which were an immediate hit with customers. Moreover, they even started a subscription service, which was previously unheard of in the car freshener industry but helped them generate quite a bit of revenue in the long run. Sources claim that the company currently has an active subscriber base of around 10,000 customers.

People interested in getting their hands on FRSH fresheners can buy them directly from the company’s official website. A monthly $5 subscription will get you two random fresheners, while paying $7.25 allows you to pick and choose from various available scents. Besides, the NBA and ‘Spongebob Squarepants’ themed fresheners are sold in packs, with the price ranging between $14.99 to $42.99. FRSH’s incredible rise to the top is inspiring to say the least, and we want to wish the founders the very best in all their future endeavors.