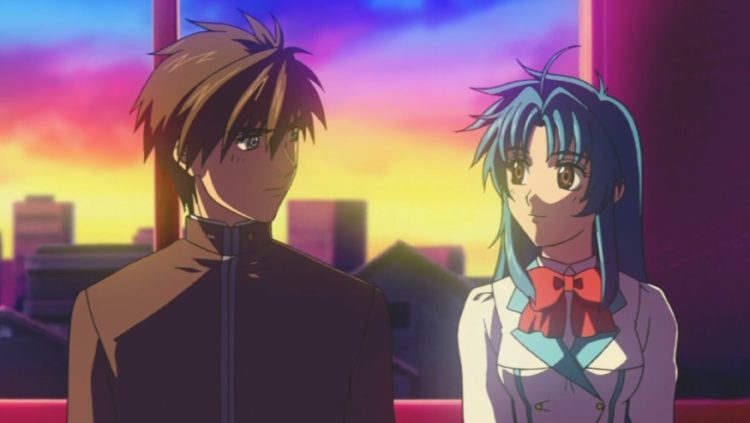 Full Metal Panic! (also known as Furumetaru Panikku! In Japanese) is an action anime television series which is based on a light novel of the same name. Written by Shoji Gatoh and illustrated by Shiki Douji, the light novel series was first published more than two decades back on September 9, 1998. It proved to be extremely popular in Japan, and over the years, the series has been adapted into numerous manga series. In the early 2000s, famed anime studio Gonzo also announced plans to adapt the light novel series into an anime television series and Season 1 of Full Metal Panic! premiered on January 8, 2002. In 2003, another famed anime studio called Kyoto Animation decided to take up the mantle of producing new seasons, and it released a Season 2, titled Full Metal Panic? Fumoffu on August 26, 2003. A couple of years later on July 14, 2005, Kyoto Animation also released Season 3, titled Full Metal Panic! The Second Raid.

Following the release of Season 3, the anime side of the franchise went cold for years but was revived again in 2018 by another anime studio called Xebec. After announcing the fourth season, Xebec released Season 4, titled Full Metal Panic! Invisible Victory, on April 13, 2018. The new season was received well by fans of the source material as well as the show, and now fans are wondering whether Full Metal Panic! will return again for the fifth season. Here’s everything we know about the prospects of Season 5 thus far.

Full Metal Panic Season 5 Release Date: When will it premiere?

Full Metal Panic season 4 premiered on April 13, 2018 and ran for 12 episodes till July 18 of the same year. However, in spite of the popularity of the show, a fifth season has not been announced as of now.

That being said, if you’re hoping for a new season, there’s no reason to get worried just yet. There is a very good chance of the anime getting renewed. There are solid reasons to be hopeful about a new season. Firstly, the fact that Xebec decided to continue the anime show 13 years after the release of Season 3 is a testament to the show’s popularity. Secondly, while the original light novel series has been concluded, there are numerous manga adaptations to get source material from. Keeping everything in mind, our best guess is that Full Metal Panic season 5 release date could fall sometime in 2021. However, the anime industry is an unpredictable one and nothing can be said for certain until an official announcement is made on the future of Full Metal Panic!. We’re keeping our ears open for news on Season 5 of Full Metal Panic! and we’ll update this section as soon as we hear something reliable.

For those who like watching anime shows in English, the good news is that Full Metal Panic! has a great English dub which was made keeping the show’s international audience in mind. If you want to watch the show in English, you can find dubbed episodes on Funimation. You can also watch it on Crunchyroll with its original Japanese audio and English subtitles.

Over the course of its many seasons, Full Metal Panic! has followed the story of Sousuke Sagara, who an elite member of a covert, private anti-terrorist military organization known as Mithril. Sousuke, being a veteran operative despite his young age, is tasked with protecting a spirited high school girl named Kaname Chidori for reasons not revealed.

For his assignment, Sousuke thus moves to study at Kaname’s school, the Jindai High School, and thus begins his new life as a covert operative disguised as a student. With assistance from his comrades Kurz Weber and Melissa Mao, Sousuke thus begins the arduous task of watching over Kaname at all times, while maintaining his cover. However, Sousuke’s limited social skills become exposed every now and then, and he is widely regarded as a war freak and military maniac who interprets every situation from a combat perspective. Regardless, Sousuke persists in his task and the show follows the many adventures and misadventures he goes through while trying to protect Kaname from various terrorist organizations.

While Full Metal Panic! has had dozens of characters over the course of its four seasons, a handful among them are central to the plot of the show. Below, we’ve provided you with brief backgrounds on the main characters in the show.

Sousuke Sagara: The main male protagonist of the show, Sousuke is a 17-year-old sergeant within Mithril and a member of Mithril’s Special Response Team (SRT) of the Western Pacific Battle Group. In spite of his young age, Known also by his call sign, Urzu-7, Sousuke is a seasoned operative and is proficient in handling small arms, creating improvised explosive devices (IEDs), survival training, anti-armour combat, camouflage, and hand-to-hand combat, among many other things. However, off the battlefield, he is socially inept and incapable of blending in with normal civilians. Having no idea about civilian life, Sousuke is prone to interpreting almost every situation from a combat perspective, and thus routinely embarrasses himself at the Jindai High School, where he enrolls to keep an eye over Kaname Chidori.

Kaname Chidori: The main female protagonist of the show, Kaname is a 16-year-old student at the Jindai High School. Although she appears to be just another high school student, Kaname has special abilities (known as Whispered abilities) which grant her an inherent knowledge about highly advanced mathematics and science. Understandably, Kaname routinely aces exams in school, but never quite understands the full extent of her abilities. After Sousuke is assigned to keep her safe from terrorist threats, Kaname grows irritated by Sousuke’s constant presence and his military inclinations. However, over the course of the show, they grow closer and develop romantic feelings from each other.

Kurz Weber: Another main character in the show, Kurz is Sousuke’s comrade in arms and is also a sergeant and member of Mithril’s SRT. Known by his call sign, Uruzu-6, Kurz frequently teams up with Sousuke and is regarded as a finicky genius who excels at being a marksman.

Melissa Mao: Also a main character in the show, Melissa is the second-in-command of Mithril’s SRT and serves as the squad leader for Sousuke and Kurz. Known by her call sign, Urzu-2, Melissa is an expert at electronic and cyber warfare and is a very capable leader.