Is Fuller House a True Story? 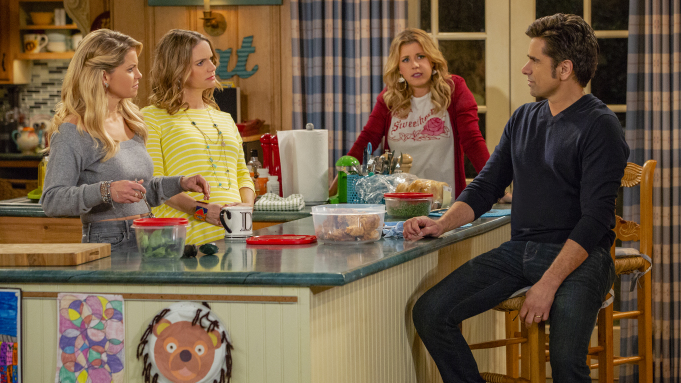 While reboots prove to be hit-or-miss productions, they are certainly extremely popular. They prove to be great sources of nostalgic entertainment. Moreover, if executed well, they turn out to provide some tried and tested premises for quality stories. Perhaps that is the reason they continue to be popular. ‘Fuller House‘ is yet another reboot of an extremely popular show. The series started as a Netflix original show, banking on the success of its predecessor.

The show’s title is derived from the last name of its central character, D.J. Tanner-Fuller. Recently widowed, she is depicted to be a veterinarian and the mother of three boys: Jackson, Max, and Tommy. They are shown to be living with D.J. Tanner-Fuller’s sister (Stephanie), best friend (Kimmy), and her daughter (Ramona). Hence, the title also refers to the high number of people living under the same roof.

Apart from the above-mentioned actors, Michael Campion, Elias Hager, and Soni Nicole Bringas are pivotal cast members of ‘Fuller House.’ ‘Fuller House’ is a sitcom and follows various conventions of a typical sitcom. One of them is the fact that the show is filmed in front of a live studio audience. This not only helps ‘Fuller House’ retain much of the charm of its original but also helps it be comfortably familiar for its viewers.

Is Fuller House Based On A True Story?

‘Fuller House’ is a reboot of ‘Full House,’ which was also a fictional sitcom. The reboot tries to retain several things from its original, apart from a few central characters. To begin with, the show is set in the same San Francisco house as its original. Moreover, the iconic checkered couch from the original is used for filming ‘Fuller House.’ In fact, the old couch turned out to be problematic for the actress, Andrea Barber who has asthma. It would give her asthma attacks. However, a deep cleaning solved that issue.

While ‘Fuller House’ is not based on a true story, some of its depictions certainly ring quite true. For instance, its depiction of being a single parent can be quite realistic at times. For instance, in the first episode of the show, D.J. cries, thinking that she wouldn’t be able to raise a child on her own. Several single parents would be able to empathize with that moment: the seeming impossibility of raising a whole other, dependent human being on one’s own.

Apart from that, the show often ends up depicting human relationships well. Its premise might sound a tad bit outlandish, but its character development justifies it. For instance, Stephanie and Kimmy’s friendship is something that feels extremely heartwarming and realistic at the same time. While the two characters are depicted to be not fond of each other in ‘Full House,’ they are shown to be moving over their mutual hatred in the reboot. Time and maturity are quite underrated, and ‘Fuller House’ depicts that well. Moreover, human relationships are quite malleable too, often changing wildly with differing situations, as observed by Stephanie and Kimmy’s friendship.