Futo Family Murders: Who Killed Them? Where is Emory Futo Now? 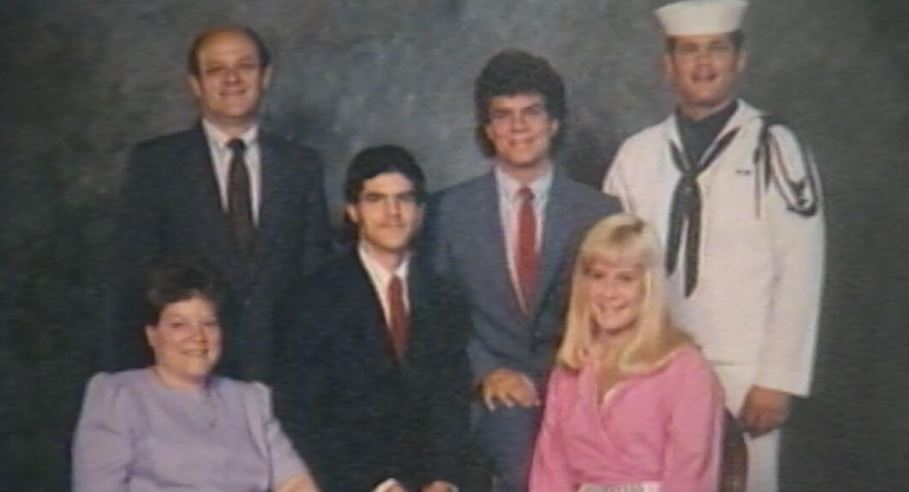 Four dead bodies and one killer. All from the same family. Investigation Discovery’s ‘American Monster: It Was All of Them’ narrates the bloody tale of a series of murders that ripped apart an entire family. The episode showcases the gruesome killings of Futo Family members by one of their own, Emory Futo, the eldest among the three children to the two Futo parents. The 1991 crime, which has grabbed significant attention from the media and has received coverage across multiple platforms, also had us by our wits. We invested in a little research on our own, and here is all we found.

Who Killed The Futo Family Members?

On July 25, 1991, Emory Futo, the eldest among the three sons of the Futo family, flew down to St. Louis under the false name of “Jim Clayton” to meet his family. He had bought a round-trip ticket, which put him on a morning flight back to California the next day. However, this was not the typical family reunion one would have thought. Emory was picked up at the airport by one of his brothers, Nick.  Nick had informed his girlfriend that he was going with his brother for a drug deal, and that explained the gun he received that very week, according to statements given by Nick’s then-girlfriend to the police. Nick also bought a mallet from a co-worker at Grandpa Pidgeon’s on Chippewa. Late in the evening of July 25, 1991, residents living around New St. Marcus cemetery, south of River Des Peres, heard gunshots. The following day, Emory returned home, and back in St. Louis, his family members’ bodies started surfacing one after the other.

Nick Futo’s body was found by gravediggers in the back of St. Marcus cemetery. Reports show that he had been shot four times. The gunshot wound at the back of his head was reportedly the fatal wound. A piece of paper found inside his pocket read “American West 1408,” which was the details of the flight Emory had flown into St. Louis in. A couple of miles south of the cemetery, at the Futo residence, worried acquaintances and police officers had piled outside the door of the house in the 6500 block of Marquette Avenue. They were looking to see if Emory Futo Sr., and his wife Euna Futo, were safe after they failed to report to work that day. Even though there were no signs of forced entry, the house had been ransacked. Old photos had been destroyed, and their photo frames smashed, except one photo of baby Joshua Futo, Emory Futo’s son.

Euna Futo was in the hallway towards the rear bedroom. Her head had been smashed in with a blunt object, and an electric cord was tied around her neck. Emory Futo Sr. was discovered lying in the basement with three gunshot wounds and four more stab wounds. He sustained the gunshots in his shoulder and buttocks while the stab wounds were mainly in his chest. The stab wound was ruled to be fatal as it pierced Emory Futo Sr.’s heart. Spent .38 caliber bullets recovered from Futo Sr.’s body was from the same weapon that had been used to fire at Nick.

The last body to be discovered was Emory Futo’s other brother, Joseph Futo. He was found in his Red Mustang that had been parked in the 3300 block of Watson Road, about two blocks from the Futo residence. His dead body was in the backseat of the car, covered in trash bags. He had been shot three times. This time, too, the murder weapon was the same .38 caliber firearm. The Police were then able to track down Nick’s car at a Denny’s restaurant, the same place Emory Futo, then going by his disguised name “Jim,” had called a cab to take him to the airport. Soon after Emory returned home in California, as he had expected, the police knocked on his door, and he told them that he had been camping at the time of the killings. He also told them that he hadn’t been back in St. Louis in over a year. Over 30 years later, Emory Futo released a confession from his prison cell, accepting that he had killed the four family members on July 25, 1991.

Where Is Emory Futo Now? 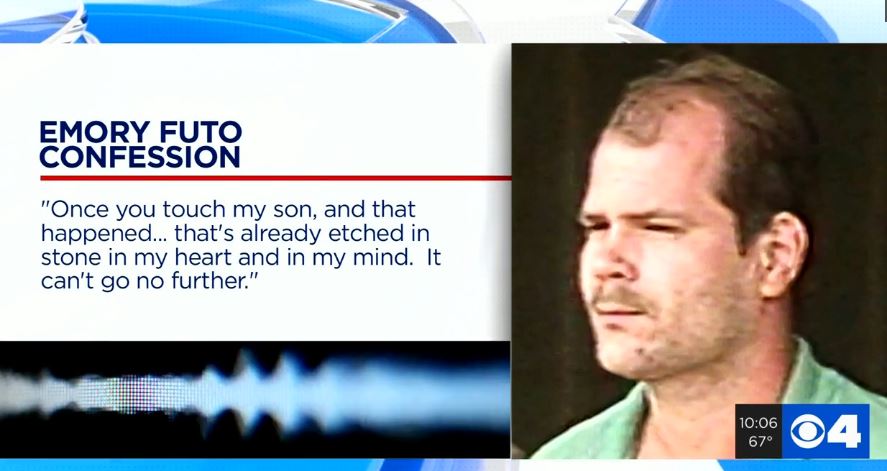 Emory Futo was convicted by a jury for the murder of four of his family members on March 12, 1993. Prosecutors presented evidence against him in the trial to a jury that comprised eight women and four men. Assistant Circuit Attorney Robert Craddick called the murders “outrageously and wantonly vile.” After 12 hours of deliberation, the decision for the conviction was reached. The article described his wife, Angela Futo’s reaction, who was reportedly spotted softly crying.

Emory Futo released a confession to News 4 in 2020 from within his cell in the Potosi Correctional Center in Washington County, Missouri. He said, “The truth needs to be told. I did this. Nobody else did nothin’. I’m responsible for everybody.” The confession came after he had read a story about the killings of his family members. Futo had always maintained that he had not been the sole contributor to the crime and that his brother Nick had also played a part in the killings by pulling the trigger. Initially, Futo told the story of an apparent suicide pact between his brother Nick and him. While the pact was a ruse, the circumstances described by Futo leading up to the pact might not have been all wrong.

For years, Emory, his brothers, and his mother had been subjected to physical and sexual abuse from Emory Futo Sr. This was affirmed by multiple witnesses during Emory Futo’s trial. Emory started sleeping with a knife when he was eight years old. One day his father entered his room, and Emory could not find his knife. His father smiled at him and told him it was not there. There was even an incident of abuse where his father had brought a shotgun and shot at Emory in the middle of a physical altercation the two of them were having.  Emory managed to detach himself from the family and build up his family in California with Angela. His brother Joseph also managed to escape the horrors of his home and fled to Northeast Missouri State. Nick, meanwhile, attempted suicide.

Emory and Angela had a son on July 4, 1990, and named him Joshua. For Joshua’s first birthday, Emory and Angela hosted a neighborhood party and invited Emory’s parents as well. Later during the party, Emory walked in on his father alone with baby Josh, touching him inappropriately. Emory thereafter kicked out his parents in front of the entire family. This incident was cited by Emory in his confession audio to be the last straw and the primary driving motive for the murders he committed. He had already started enquiring his friends about a gun a month before the gathering in California and he even found one before his family arrived. Then on July 24, 1991, according to court records, he missed work by faking illness. The following day, he kissed Angela and Joshua goodbye, informing her that he was going camping and would be back the next day. Emory was arrested on a murder warrant from his Riverside, California home on July 27, 1991.

His initial plan involved killing just his parents with his brothers, Nick and Joe’s assistance. However, on the day of the killing, Joe at first seemed to have experienced cold feet. Emory then shot Joe. He went to meet Nick afterward, who also had a difficult time reconciling with what they were about to do. Moreover, he expressed sufficient suspicion about Joe’s whereabouts. Emory then shot Nick, and according to his statements, he then sat beside Nick and cried, wishing to kill himself. When enquired by the authorities, Emory switched up his story often and made it difficult for authorities to take him seriously.

Emory was convicted of murdering his father, mother, and two brothers on March 12, 1993. He was then found guilty of all four counts of murder and sentenced to four consecutive life sentences on May 1, 1993, by Judge Robert G. Dowd. Futo was convicted for the second time in 1997. He is currently serving his sentence at the Potosi Correctional Center in Missouri.

Read More: Where Are Emory Futo’s Wife And Son Now?