Gears Tactics: Everything We Know 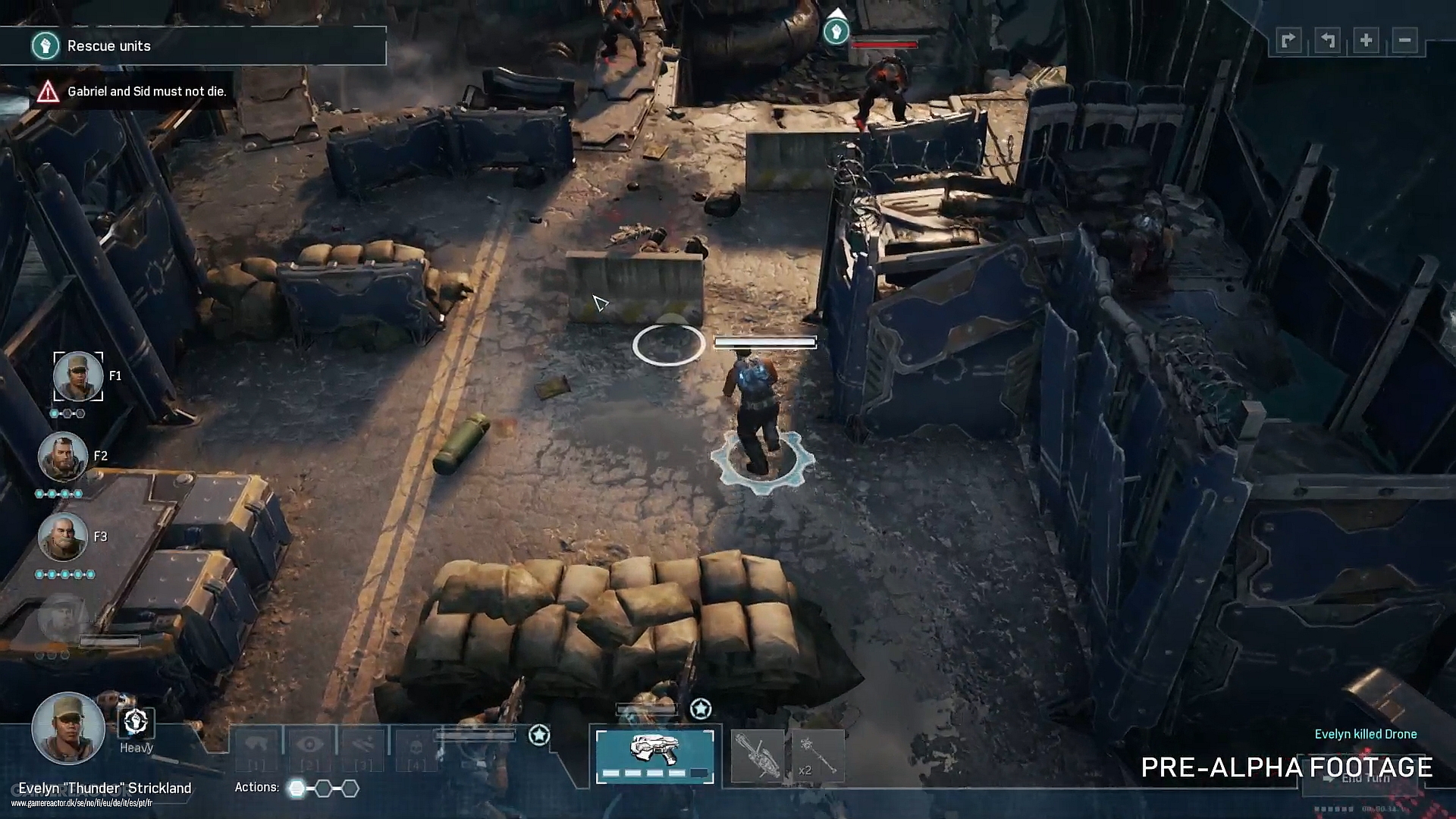 A name as synonymous with the Third Person Shooter as Call of Duty is with First Person Shooting games, the Gears of War series is credited by many with pioneering the cover based Third Person action game. Designed by the illustrious Cliff Bleszinski, the first three games in the series were a real home run for Microsoft, becoming the face of the Xbox brand along with the Halo series and helped propel the Xbox 360 ahead of the PlayStation 3 in last generation’s “Console Wars”.

Admittedly, the franchise is no longer as popular as it once was, but the cultural and mechanical impact the ‘Gears of War’ games have had on the gaming industry is undeniable. Now, after six mainline entries in the franchise, series developer The Coalition is gearing up to switch things up a bit and transform the next entry in the series from a Third Person Shooter into a hardcore Strategy and Tactics game. Read on to find out everything we know about the upcoming Turn Based Strategy game titled ‘Gears Tactics’.

The ‘Gears of War’ games are set in the fictional planet of Sera. After a millennium of bitter conflict, eight nations unite under the banner of the Coalition of Ordered Governments (COG) after the discovery of the potent Imulsion fuel source within their borders. Several other countries band into the Union of Independent Republics (UIR) and the two factions engage in a near century long bloody conflict that ends with the Union of Independent Republics’ surrender.

However, just when everyone thought the worst had passed, humanity is attacked by a race of grisly creatures known as the Locust Horde emerging from the depths of Sera in a momentous event known as Emergence Day. In a desperate attempt to stop the horde’s advance, the Coalition of Ordered Governments bombs its own cities leading to a bruised and tattered planet.

The original ‘Gears of War’ narrates the events that take place 14 years after the infamous Emergence Day. The COG has managed to develop a prototype weapon that harnesses the power of Imulsion in order to wipe out the Locust once and for all. To deploy the weapon the COG turn to former Gear and disgraced veteran Marcus Phoenix, who embarks on a perilous mission to bring an end to the Locust menace.

‘Gears of War 2’ deploys Marcus Fenix and his friends directly into the depths of the planet Sera and into the Locust nest. What they find inside is mutated abominations called The Lambent that are driving the Locust out of the underworld and onto the surface.

‘Gears of War 3’ is the closing chapter of the ‘Gears of War Trilogy’, and follows Marcus Fenix and his colleagues as they attempt to regroup and tackle the all new Lambent threat, as well as whatever Locusts that remain.

The fourth game in the series, ‘Gears of War: Judgment’ was a spin-off that focuses on new protagonists Baird and Cole during the onset of Emergence Day. The subsequent ‘Gears of War 4’ takes place a quarter of a century after the previous game and follows Marcus Fenix’s son JD Fenix and his struggle against the tyranny of the COG and a new emerging threat.

This year’s ‘Gears 5’ is a continuation of the story line introduced in ‘Gears of War 4’ but focuses on JD Fenix’s friend Kait Diaz as the primary protagonist.

What Can We Expect From Gears Tactics?

Classic Gears of War creatures including Locust Drones, wretches, Brumak, etc. will make a return in ‘Gears Tactics’, along with a few familiar faces from previous games. The supranational Coalition of Organized Governments (COG) will also play a prominent role in the plot line. Signature Gears of War idiosyncrasies including brutal combat and massive boss battles will also make a return in ‘Gears Tactics’.

The big fundamental change, however, is that ‘Gears Tactics’ is not a Third Person cover based shooting game; it is a Turn Based Strategy game in the vein of the rebooted ‘XCOM: Enemy Unknown’. You can control the movements and positioning of your squad members, but not the actual combat and firing. Squad members will also feature unique special abilities such as throwable grenades, rocket launchers, grenade launchers and more.

Gears Tactics Developers: Who Are The People Behind It?

‘Gear Tactics’ is being developed by British video game developer Splash Damage in collaboration with The Coalition and published by Xbox Game Studios. Splash Damage is a studio that specializes in multiplayer First Person Shooters, having previously worked on the multiplayer offerings for ‘Doom 3’, ‘Dirty Bomb’ and ‘Gears of War 4’.

Gears Tactics Release Date: When And Where Can I Play It?

‘Gears Tactics’ was initially announced at E3 2018, but was a no show at E3 2019. While the game remains under development for now, this would indicate that the earliest we can expect a release is in October 2020 or later. The game will initially launch exclusively on PC, with an Xbox One launch to follow soon after that.

You can watch the trailer for ‘Gears Tactics’ right here: