Gehraiyaan Ending, Explained: What Happened to Alisha and Zain?

Directed by Shakun Batra, ‘Gehraiyaan’ is a Hindi language romantic drama movie on Amazon Prime. It revolves around cousins Alisha and Tia, whose already complicated lives get even more tangled due to the arrival of the latter’s fiancé Zain. He charms his way into Alisha’s heart and soon she begins an affair with him, unbeknownst to her boyfriend Karan and Tia. However, Zain and Alisha’s happiness is short-lived when they start having differences that threaten to expose their secrets and damage everyone involved.

Starring Deepika Padukone, Siddhant Chaturvedi, Ananya Panday, and Dhairya Karwa, ‘Gehraiyaan’ delves deep into the complexities of human relationships and explores the gray area between love and desperation. The shocking ending leaves the audience wondering about the morality of the characters’ choices. Here’s an in-depth look at what it means. SPOILERS AHEAD.

Alisha Khanna is a yoga instructor residing in Mumbai with Karan, her boyfriend of six years. They have known each other since childhood and are close friends with her cousin Tia. The sisters have lost touch over the years but suddenly reconnect when Tia introduces everyone to her fiancé Zain. Both the couples go for a weekend getaway to Tia’s beach house and Alisha and Zain begin connecting. Stuck in a loveless and suffocating relationship with Karan for long, Alisha soon finds solace in Zain’s sweet-talking personality and they begin a whirlwind affair. 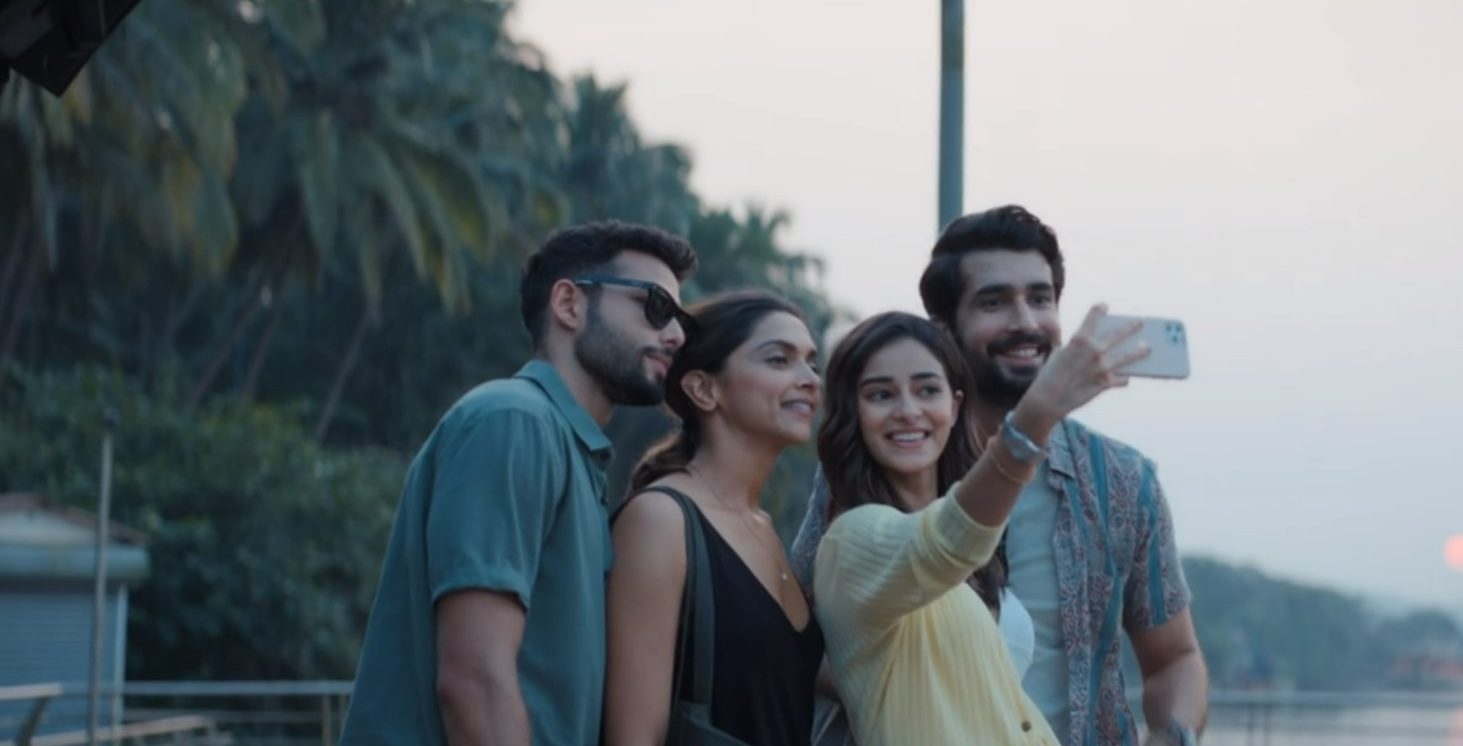 Zain also invests in the app Alisha is developing and their bond strengthens. She shares with him how her mother’s suicide scarred her as a child and caused a rift with her father, thus leading her to have anxiety problems. Meanwhile, he too discloses to her how his father’s abusive nature with his mother caused him to run away from home as a child. Having fallen irrevocably for Alisha, he decides to break up with Tia by returning her the money she has invested in his real estate project.

Unfortunately, Zain’s plan gets delayed when a major investor of his gets arrested and he has to come up with a huge sum of money soon to avoid losing his business. To make things worse, Alisha reveals that she is pregnant with his child and he promises her his support. However, his work pressure and constant nagging from his business partner Jitesh to get money cause him to start avoiding Alisha. In a bid to manage his mess, a highly desperate Zain decides to take a drastic step that leads to the destruction of his, Alisha, and Tia’s lives.

Gehraiyaan Ending: How Does Zain Die?

When Alisha’s yoga studio gets shut by the bank authorities due to legal issues with Zain’s investment, she storms into his office and they have a bitter fight in front of Jitesh. In addition, Tia almost finds out about his affair but he manipulates her into thinking that her accusations are false. He further uses her guilt to convince her into mortgaging her beach house to help him. On the other hand, Alisha gets to know about him still seeking help from Tia and lividly threatens him to come clean to her before she does so herself.

Zain convinces Alisha to meet him on his yacht to sort things out and lies to her about having told Tia the truth and refused her help. He further promises her that he would call off his engagement with his fiancée soon to start a life with her. However, Alisha soon sees through his façade when she reads his texts with Jitesh. On top of that, she realizes his plans to kill her when she sees him mixing her anxiety pills in her drink. Alisha frantically tries to call Tia and confess but Zain notices it and gets into a scuffle with her. He tries to push her off the yacht but accidentally slips and hurts his head instead.

Zain falls into the water and dies by drowning, while a petrified Alisha returns home and has a miscarriage. The police find his body washed ashore the next day and inform a shattered Tia. Meanwhile, Jitesh arrives and blackmails a guilt-ridden Alisha into procuring the papers Tia signed for him. In return, he proves Zain’s death to be a suicide in front of the police, thus clearing up all evidence of her involvement.

Do Karan and Alisha End Up Together?

No, Karan and Alisha do not end up together. His and Alisha’s long-term relationship is already deteriorating by the time Zain and Tia enter their lives. Karan left his job at an ad agency to write his novel and the delays in the same cause him to vent out his frustrations on Alisha. He also hides things from her and doesn’t let her get involved in his decisions, hence making her feel left out and disrespected. When he decides to go to Tia’s beach house for a writing break without telling Alisha, she gets infuriated at him.

Alisha’s fear of ending up trapped like her mother in a meaningless relationship pushes her towards Zain. They engage in a passionate affair but she backs off when Karan surprises her with a wedding proposal on her birthday. However, when she finds out that his book got rejected by the publisher and he concealed it from her, she lashes out at him for being inconsiderate. They have a heated argument and she breaks up with him after realizing the similarities of their relationship with her parents’ marriage.

At Karan’s behest, Tia tries to convince Alisha to speak to him but she refuses. Thus, they go their separate ways and she continues her secret relationship with Zain. During her pregnancy, she visits the doctor and bumps into Karan outside the clinic. They have an amicable conversation and he informs her that Zain and Tia have gone to the beach house for the weekend. Mad at Zain for lying to her, Alisha confronts him and accuses him of using her, thus leading to a series of tragic events.

Two years after Zain’s death, Karan falls in love again and gets engaged to his colleague Anika. His book doesn’t fare well and he rejoins the ad agency where he meets her. Alisha and Tia attend his engagement party and the three friends leave the past behind and reconcile. However, in an ironic twist, Alisha’s troubles catch up with her when Anika’s grandmother is revealed to be the same lady whom Zain introduced her to as his fiancée earlier.

How Are Alisha and Tia Related?

Alisha and Tia are cousins who spent a major part of their childhood days together. Their fathers are brothers, but Alisha’s dad decided to separate himself from the family business and move to Nashik with his wife and daughter. Thus, the sisters lost contact for several years before Tia introduced Zain to everyone. In a shocking turn of events after his death, she reveals that Alisha’s mother Sonali had an affair with her father and thus they are biological sisters. She further states that the beach house was in Alisha’s name and Zain has sold it off by lying about mortgaging it.

Alisha realizes that Sonali killed herself out of guilt and not her father’s behavior like she always assumed. Distraught, she apologizes to him and expresses her remorse for having ended up just like her mother. Alisha’s father requests her to forgive Sonali and herself, and they both make amends with each other. Two years later, she bumps into Tia at Karan’s engagement. At her request, Alisha decides to let go of her past and start afresh with her cousin.

Read More: What is the Meaning of the Gehraiyaan Title?