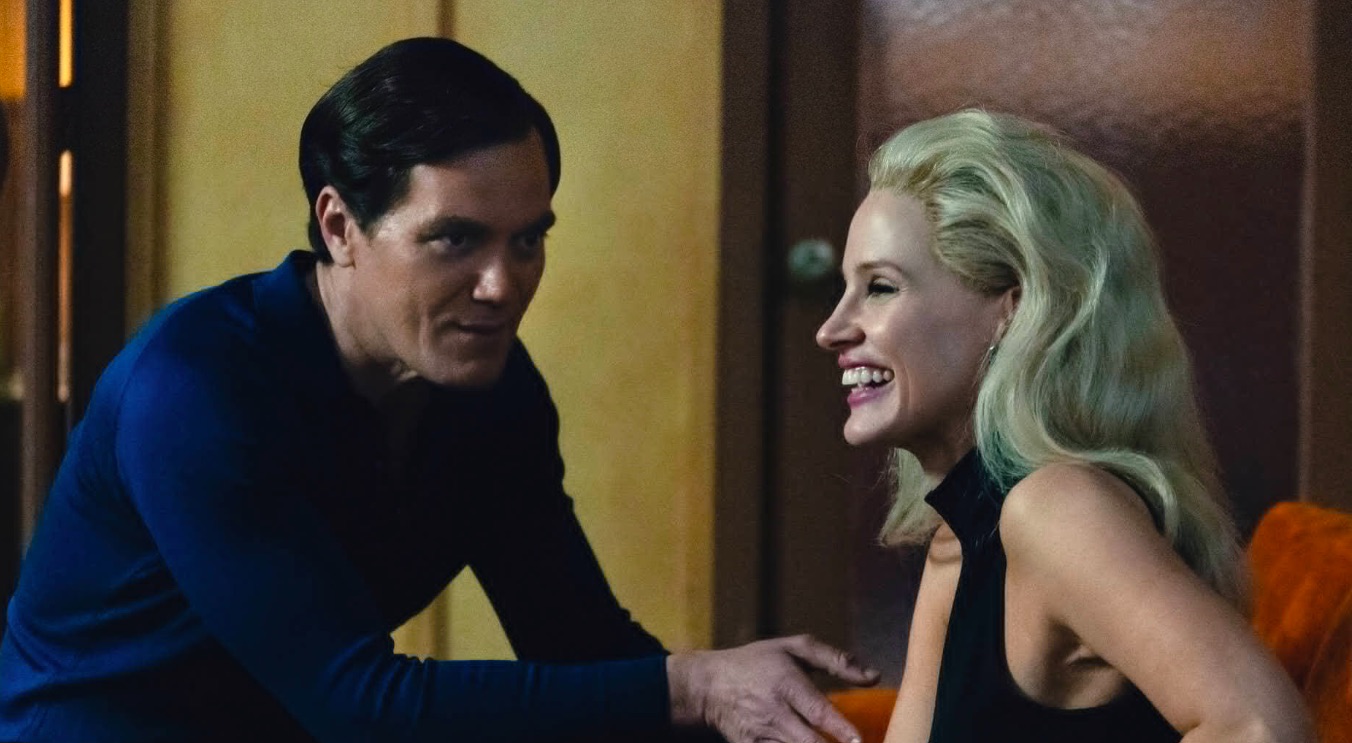 Showtime’s ‘George and Tammy’ follows the story of the titular couple who left their mark on country music not only with their songs but also with the romance that inspired them. The first episode of the series opens their story at a critical point in Tammy’s life where she meets George and the course of her life is changed forever. Peppered with country songs throughout, the first chapter of their story gives the audience a good sense of what to expect from their future journey. A great contrast is presented between their characters which is what makes us wonder how they will sustain their passionate romance. Here’s what the ending of this episode means for them. SPOILERS AHEAD

George Jones is at the prime of his career, but he also suffers from alcoholism. He is so drunk that he can barely get up from the floor to perform for the jam-packed concert outside. He is also in the middle of a separation from his second wife and feels rudderless. That’s until Tammy Wynette shows up at his door. She and her husband Don Chapel want to be the opening act for his next performance. While George is not very impressed by Don, he instantly becomes fascinated with Tammy.

Tammy had always loved and revered George as a singer, but after meeting him, she too becomes infatuated. Things move forward pretty fast as George makes his feelings clear soon enough, while Tammy is still married to Don. The association with George gives a much-needed push to her career, which also gives grounds to Don to suspect that something is going on between them. In anger, he walks away from the opening performance, leaving Tammy to fend for herself. He probably does it to show her how important he is to her, but it only further pushes her toward George, who offers his own band to her and even joins in on the song. Following the performance, George finds ways to meet Tammy and tries to win her heart through various things. He gives her his former tour bus and even agrees to record the song written by Don. This infuriates Don even more and eventually, he confronts both George and Tammy about it.

There is a lot when it comes to the love story of George Jones and Tammy Wynette, but the first episode of the series takes its time to lay the foundation for the tumultuous relationship in the coming episodes. George is an alcoholic, who is prone to violent outbursts, but there is also a tenderness he exhibits around Tammy that shows just why she is attracted to him. Her own infatuation with him also adds to the feelings that she ends up developing, and it is a culmination of all this, that leads her to run away with George at the end of this episode.

From their first meeting, there is an undeniable spark between the two. George likes Tammy’s no-nonsense attitude. He is also wary of associating with people who are only there to take advantage of him, of using him as an opportunity to further their own career. He sees most of them as talentless people and doesn’t shy away from saying it to their faces. But on hearing Tammy’s songs, he feels that she has talent but is held back by her husband.

The more time they spend with each other, the more their feelings for each other surface. By the end of the episode, George has divorced his second wife. He knows that Tammy is married too, so by letting her know that his divorce has been finalized, he makes his feelings toward her crystal clear. For Tammy, things get a bit complicated, because she is unquestionably attracted to George. However, she also feels indebted to Don, with whom she started this journey. While she struggles with her feelings, Don makes things easier for her by laying everything out on the table.

After recording the song that Don wrote, George invites himself to dinner at Tammy and Don’s. Here, Tammy tries her best to keep things calm, and even George tries to be on his best behavior. It also looks like he is keeping a distance between himself and alcohol, which impresses Tammy. However, Don doesn’t believe in keeping up the facade, and it ends with him and George fighting each other. Following this, George offers Tammy and her children to come with him, and Tammy doesn’t blink an eye before saying yes.

As they drive away, Don yells behind them, saying that this isn’t going to be a fairy tale ending for them. He predicts their future at this moment. While on the surface, theirs looks like a perfect collaboration, George and Tammy also seem to be very different people. George, especially, has a lot of demons of his own, and it won’t be so easy to rid himself of them. We find him trying to change, to be better after he meets Tammy, but he shows that he hasn’t completely reformed yet.

His intense response to Don’s words shows that there is still a long way for him to go if he wants to change himself. He had also worked up a reputation for his unprofessional behavior prior to meeting Tammy. Now that they are going to live together, while also collaborating on the professional front, some of George’s problems are sure to come out. What remains to be seen is how he tries to keep them in check and how they’ll make Tammy feel about him. Her career is only just gaining momentum and it’ll be interesting to see how she reacts when George himself threatens to impede her success.