‘Geostorm’ Review: Gerard Butler Couldn’t Save This Disaster of a Movie 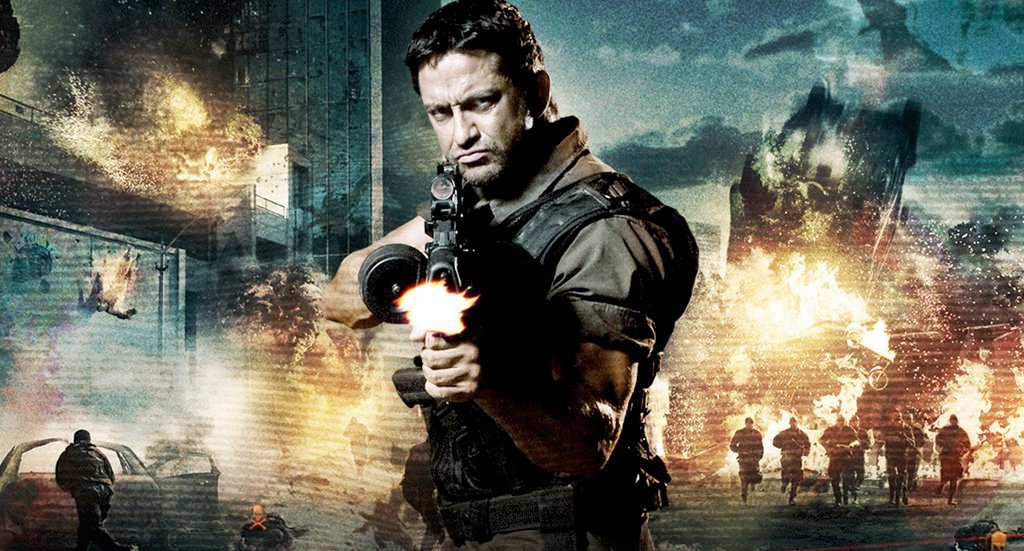 Big visual effects driven films like this once filled the screen with awe and wonder, but now with computer generated effects so common, it just is not a big deal anymore to see the world smashed to pieces by nature or other forces. Certainly the super hero films from DC and Marvel have taken care of a large chunk of effects laden movies, but someone is always lurking out there with a script about the world brought to the brink of extinction by powerful forces that get out of hand.

A few years ago we had The Day After Tomorrow (2004) a deep freeze film that saw northern North America froze rock solid, declaring another ice age.

In many ways that film resembles this film, as each is almost entirely dependent on its effects for the narrative, the cast is a group of veterans and mid-level movies stars we may or may not recognize, and the plot, or what there is of it, deals with the end of civilization.

In this one we get a taste of everything, multiple tornadoes touching down all at once, massive tsunamis and tidal waves crashing into cities along the ocean coasts, extraordinary heat that sees food frying on the sidewalk and wildly intense shifts in the weather that mankind simply cannot handle.

It is all very silly. Meant to be a disaster movie in the vein of seventies films such as The Poseidon Adventure (1972), Earthquake (1974) or The Towering Inferno (1974) the film has some of the attributes of those films but lacks others. There is no all star cast in Geostorm, more like a collection of B movie actors, or those on their way down. Remember the sense of awe we felt when the tidal wave turned the Poseidon upside down? Or the sheer carnage when the quake decimated LA in Earthquake? We feel none of that, nothing of the kind.

Set in 2019, we learn that major cities have been wiped out by crazy weather systems, but a scientist has invented a satellite that will warn when potentially dangerous systems are imminent. The system then works to shut down the system before all hell breaks loose on earth.

Of course it goes wrong. The inventor of the satellite is fired, by his brother no less, but then asked to go into space to fix his creation when it falters.

As he strives to fix the thing, he’ll is unfolding on earth as flash freezes happen in the tropics, hail the size of boulders crash to the earth, the pavement sizzles, tornadoes touch down three or four at a time, it is madness here on earth. While it is a chance for the computer artists to cut loose with their artistry, we see very quickly the effects are not very good, no better than those being done on network television.

Where to start with the performances? There is not a single character that we can invest in, they are all portraying cardboard cut outs. And poorly at that.

Gerard Butler seems still stuck in 300 (2007) where he roared every line as though all those around were deaf. It is a wildly out of control performance, a performance where the director should have stepped in and said “less man, for God sakes less.” Portraying his brother Jim Sturgess displays none of the charisma that he displayed singing the songs of The Beatles in Across the Universe (2007). None, he looks bored, he looks out of his element in every way. Not even the great character actor Ed Harris can bring anything remotely real to the film, and frankly looks humiliated to be taking a pay cheque. For three years they have worked on this film, going back for reshoot, firing actors, replacing them with others, and still they have a mess.