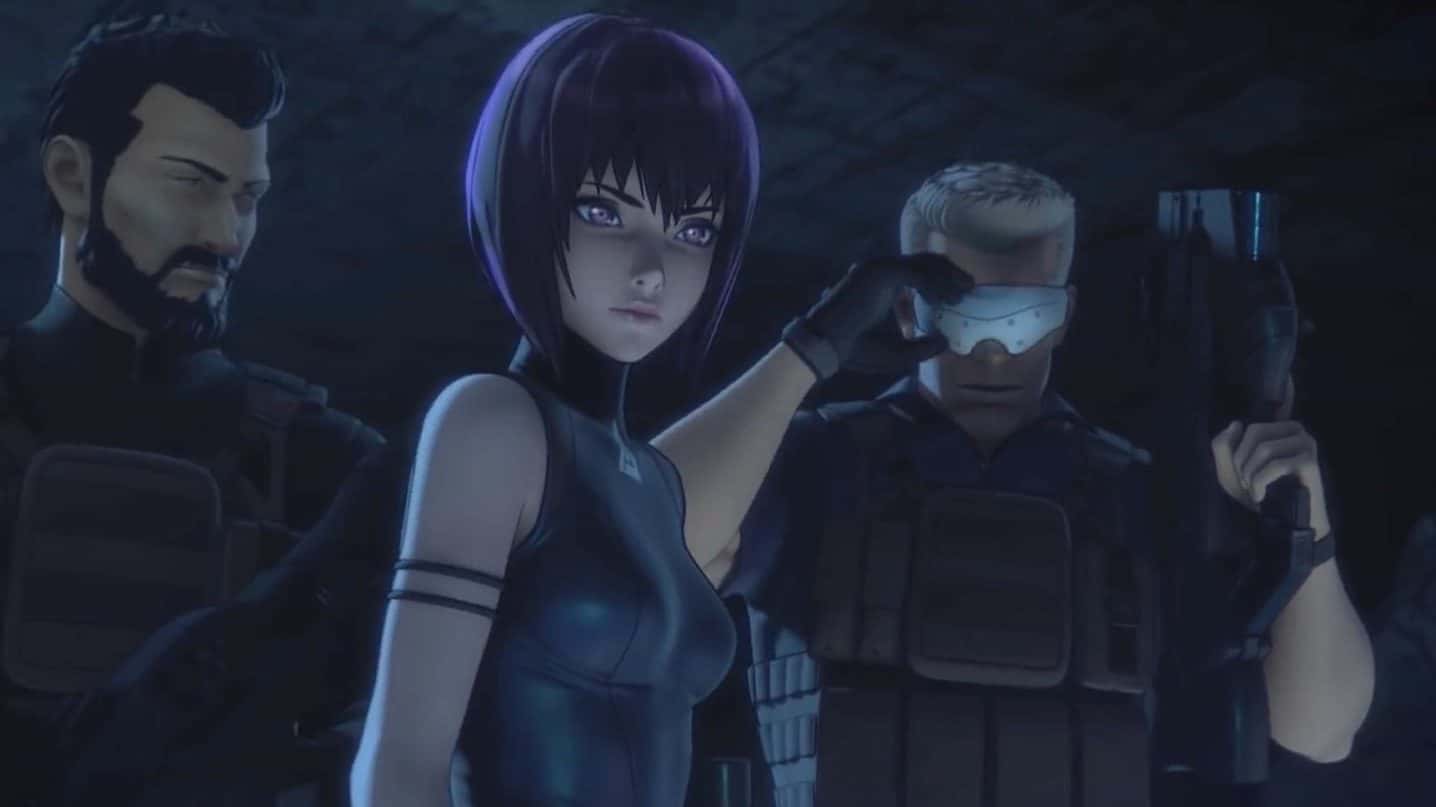 The second season of ‘Ghost in the Shell: SAC_2045’ starts sometime after the events of the first season. Public Security Section 9 continues to look for Takashi Shimamura, one of the posthumans in Japan. Togusa is still missing. Purin Esaki, the newest recruit on the team, hides two secrets — one she is aware of and the other she isn’t. The third Japanese posthuman appears and attempts to steal the very code that created them. Major and her team uncover the truths about the posthumans, Sustainable War, and the Global Simultaneous Default. Here is everything you need to know about the ending of Ghost in the Shell: SAC_2045 season 2. SPOILERS AHEAD.

The second season begins as Public Security Section 9 looks for Philip Kukushkin, a Russian engineer with sensitive information about the posthumans and the code that triggered their transformation. Other countries are actively searching for him as well. A Russian seemingly kills Kukushkin, but it is later revealed that neither the assassin was working for the Russian Federation nor Kukushkin was dead. He had a full-prosthetic body and transferred his brain into a personal assistant robot for the elderly. As Major and her team try to apprehend Kukushkin, they are attacked by the assassin pretending to be a Russian. He is actually revealed to be working under Smith for the NSA. Moreover, Suzuka Mizukane, the third Japanese posthuman besides Takashi Shimamura and Sanji Yaguchi. is after Kukushkin.

Ultimately, Public Security Section 9 secures him as Purin begins to show posthuman abilities. In Japanese custody, Kukushkin reveals the truth about the code that created the posthumans. It is called Code 1A84. The NSA made it to control the Sustainable War. Purin learns from the code itself that as the Sustainable War only broadened the gap between the rich and the poor, the NSA ordered it to calculate a scenario where all humanity would be alright, but only America would prosper. Code 1A84 subsequently caused the Global Simultaneous Default because it found the orders paradoxical.

Major and the others figure out that there is an American spy amidst the upper ranks of the Japanese internal security. Believing that Purin is turning into a posthuman, she concludes that the young recruit is the spy. But it turns out that one of the security officials guarding the prime minister is the spy. He tries to kill the prime minister, but Purin intervenes. The spy dies, and so does Purin. However, the Tachikoma AIs discover that Purin was a little girl who interacted with Batou after her family was killed and revive her by installing her memories in a fully prosthetic body. However, unlike many, she doesn’t have a ghost.

Togusa first reappears in episode 5, titled ‘ROOM 101 / Man’s Search for Meaning.’ He seems to have been infected by a nostalgia virus. When he regains his senses, he finds himself on a train heading toward outside Shin-Tokyo. Once he arrives there, a massive group calling themselves N begins to chase him, but he manages to get away. It is revealed that Takashi and Mizukane are working together. They take over an American nuclear submarine with an android and threaten to launch nuclear warheads unless their demands are met. In the season finale, titled ‘DOUBLE THINK / Event Boundary,’ Major finds herself being infected with the nostalgia virus. Takashi’s true plans are revealed. Having made a choice, Purin bears its consequences.

The Americans figure out, and the Public Security Section 9 learn that even the posthumans need time to recharge themselves. Every day, Takashi and Mizukane sleep for 15 minutes. But they do it at different times. This gives both the Americans and Japanese an opportunity to take them out without risking a nuclear attack. In their original agreement with the American Empire, the posthumans made it clear that if one of them died, the other would launch the warheads. If they both died, the warhead would launch by themselves. The Americans send a Seal team, which first kills Mizukane while Takashi is asleep. After learning the truth about Takashi’s plan, Purin and the Tachikoma side with him. 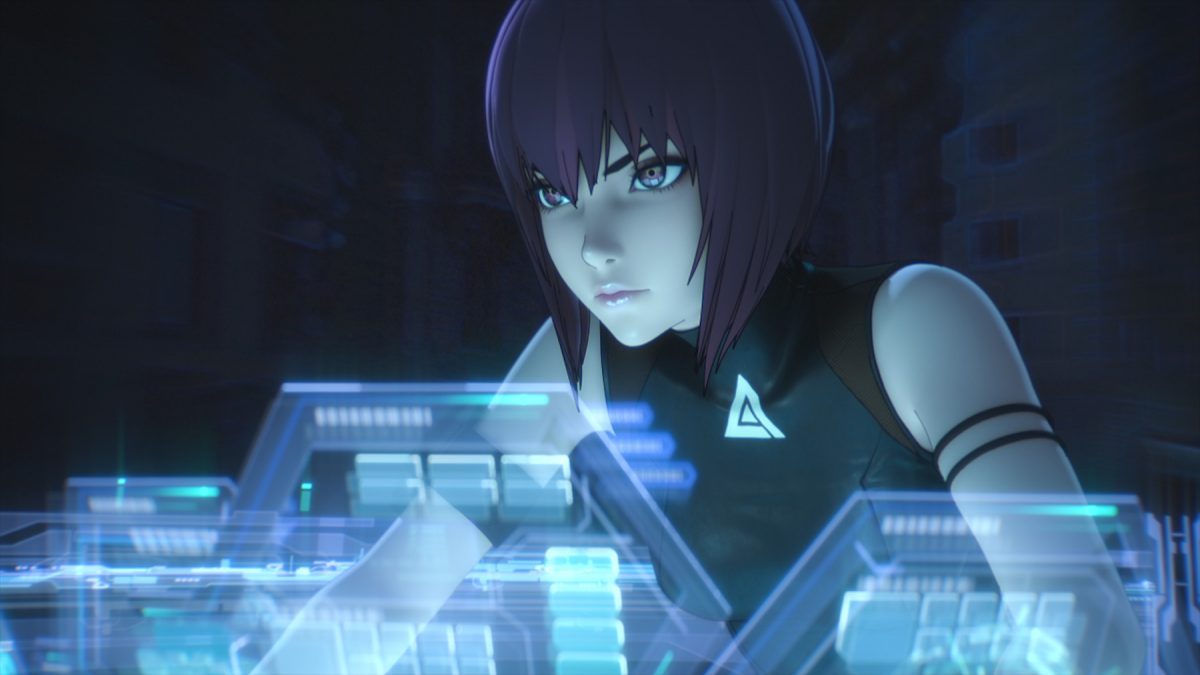 In the climactic battle, almost all members of Public Security Section 9 seemingly die, and Major is forced to kill Takashi. Togusa tries to stop the android, but before his death, Takashi transfers the power to launch the nuclear warheads to the three million N affiliates. After the death of Takashi or Big Brother (another reference to Takashi’s favorite book, George Orwell’s ‘1984’), all N affiliates collectively launch the warheads.

The N or the Net are the people who can live in two realities without any friction between the two. Initially, it was believed that N comprised only the refugees that made their way to Shin-Tokyo. However, as it turns out, the demography is much larger than that. The launch switch of the warheads appears in the hands of even several members of Public Security Section 9, indicating they too are theoretically N.

What Is Doublethink? What Is Takashi’s Plan? Does He Succeed?

In the final episode of season 2, Major thinks she is in a brain maze where everyone is alive, and the current mission ends with the one-percenter Patrick Huge’s suicide. She later wakes up in a pod in what looks like an amphitheater filled with similar machines. Purin appears and tries to explain to Major what Takashi has achieved. In Takashi’s world, people continue living their normal lives as before the battle with the posthumans. That is the real world. Simultaneously, everyone is in their most tranquil state of being in the cyberbrain. The latter is like a video game if the game was tailor-made for every individual gamer.

After the Americans dropped the smart gas, almost all people gathered in Shin-Tokyo were transported to the “amphitheater.” By then, they have already transformed into N. After the effects of the smart gas were gone, Major’s team was evacuated. Now, they are safe and apparently happy. Nuclear weapons are a bit more complicated matter. Some people remember them being launched, while others think that the catastrophe was avoided. Either way, the world is intact. So, this means that the warheads were never really launched. Some people just have memories of it.

The dual existence is what Takashi refers to as doublethink. When Major sees him, he is finishing up expanding doublethink across the world, effectively ushering in the next stage of human evolution. Moreover, as Major observes, this means that the posthumans have won the war against the humans. Major has the chance to pull the plug on Takashi and return the world to the state of Sustainable War and Global Simultaneous Default, but she doesn’t. Major later takes Purin to the Public Security Section 9 headquarters. The rest of the team doesn’t remember her and accepts her as a new member of the group along with Standard.

Where is Major Going?

As the second season comes to an end, Major leaves. With the rapid evolution of humanity taking place due to doublethink, she believes the next time she and Batou meet, they might not recognize each other. they agree to use 1A84 as the code word. This is not the first time Major left the team on her own. She and Purin are part of a rare group on whom doublethink doesn’t have any effects. For Purin, it’s because she doesn’t have any ghosts. But Major is a dreamer. Reality and fantasy aren’t separate entities for her. As humanity undergoes evolution, Major finds herself all alone. She ensures that Purin will have a place to belong before venturing into cyberspace.