The Merits of M. Night Shyamalan’s The Sixth Sense, Explained 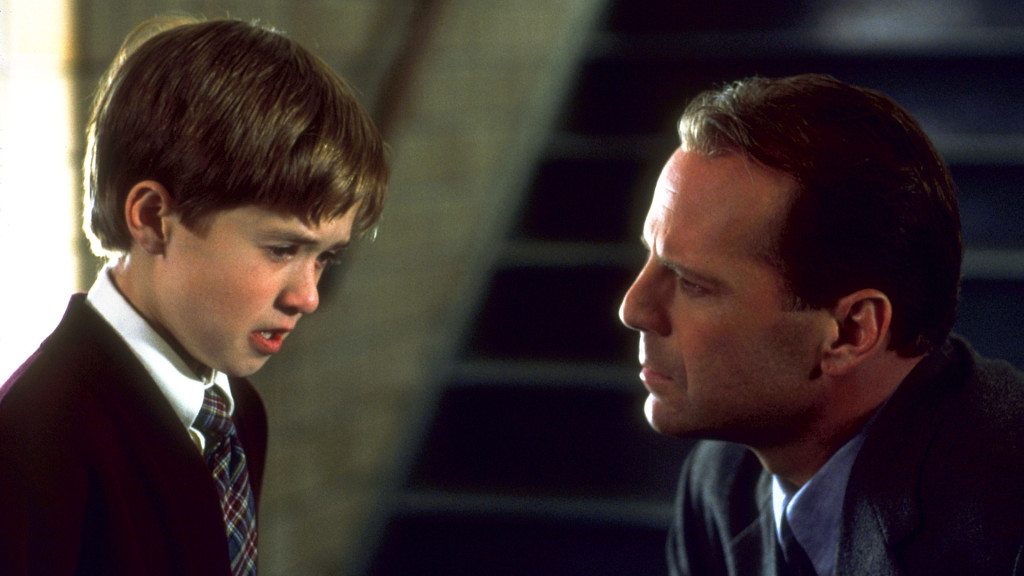 The year 1999 marked the recognition of M. Night Shyamalan and his entrance to the big doors of cinema. His horror masterpiece ‘The Sixth Sense’ became widely praised and opened him the doors for the future projects. We can talk about the consistency of the quality in future Shyamalan’s movies, but this article will be about his breakthrough (and to this day the most famous) movie. The themes and meanings of this movie (interaction between the past and present, life and death, suppressed guilt returning to haunt a person) are masterfully handled – Shyamalan uses genre (psychological horror/ ghost movie) as the basis of the construction and builds carefully the movie, fusing its form and content perfectly. And that’s probably one of the main qualities of ‘The Sixth Sense’ – it moves very naturally, nothing is wasted in the process, it’s one big monolith of a movie. Unfortunately, ‘The Sixth Sense’ was both a blessing and a curse for Shyamalan, because he never repeated such a success.

When it comes to the good horror movies, ‘The Sixth Sense’ had pretty good company in the year 1999: Takshi Miike’s Áudition’, Daniel Myrick’s & Eduardo Sanchez’s ‘The Blair Witch Project’, David Koepp’s ‘Stir of Echoes’, Antonia Bird’s ‘Ravenous’ and Tim Burton’s ‘Sleepy Hollow’. It’s a film that still looks fresh, a film that brought new life to the old ‘deathdream’ formula, with original 3-D characters with emotionally and spiritually charged performances. Also, it’s a film that showed how you can make great horror under a PG-13 rating (Alejandro Amenábar did the same thing two years later with ‘The Others’). 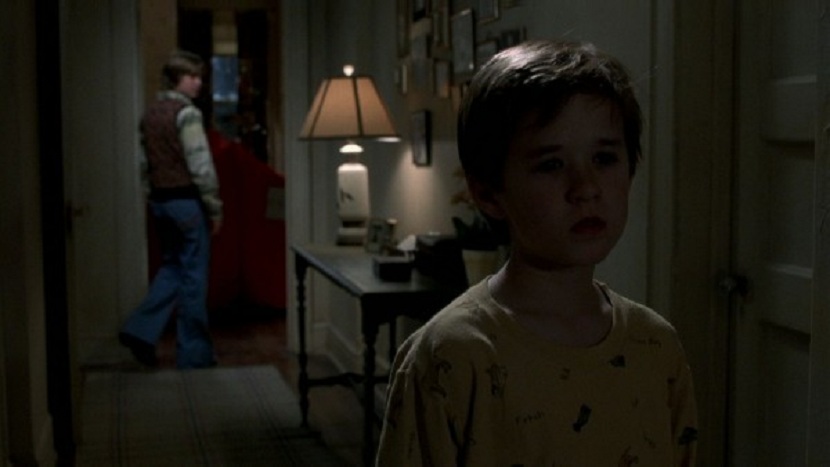 The film follows the efforts of a child psychologist Malcolm Crowe (Bruce Willis) to cure the boy Cole Sear (brilliant Haley Joel Osment in his first big role). Cole’s condition reminds Malcolm of his patient, a boy Vincent, whom he treated long time ago and with whom he made a mistake in diagnosis. Vincent, who is now in horrible psychological condition one night suddenly visits Malcolm and during an argument fires a bullet into his doctor. Cole is quiet, bullied at school, traumatized and thinks that he sees dead. His life with a caring single mother (Toni Collette), although full of love, is not functioning well. There’s a lack of communication between them. Malcolm cannot move further in his attempts to help Cole, while at the same time is struggling with a problem in his family – relationship with his wife Anne (Olivia Williams) is almost non-existent and full of coldness. One replay of the old tape of conversations with Vincent will make him think about how Cole is probably telling the truth and that his condition is not caused by parents divorce and bullying in school. Broken links are established and our heroes come to the discovery of things that will dramatically change their view of the world. 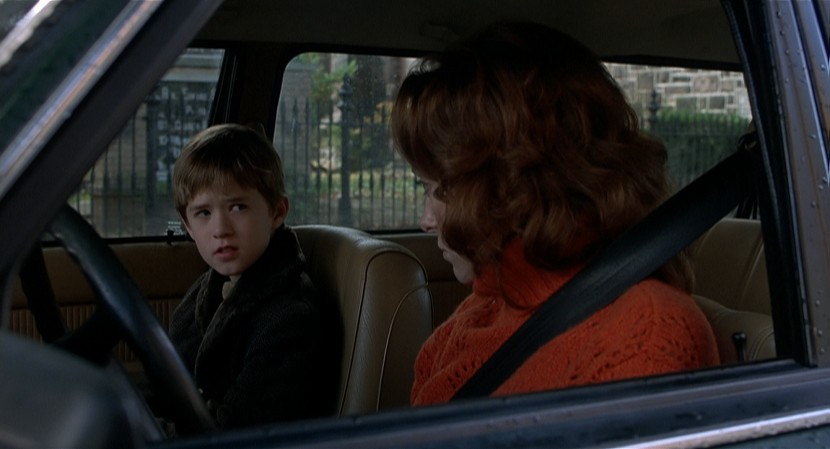 The first thing that can not be sufficiently praised is the screenplay. The characters are exremely well written, there is no a single grain of pathetic, affectation and empty arguments, the actors are not struggling with the script, on the contrary – they use it as the basis for their bravuras (more about them later). It’s a very balanced script on all levels and it would be a real shame if it was given to someone else to direct, because it would probably be butchered and ruined.

When it comes to the meanings of the movie, Shyamalan is most interested in the spiritual world which haunts our material world with the specific purposes. The world of the dead is for him just as real as the world of the living people. He introduces the religion into the conflict, but in ‘The Sixth Sense’ religion is really only a shelter from the torments caused by misunderstanding of the appearance of the world of the dead. The heroes of the movie sees that appearance as a direct attack, but it’s really a product of deeper level of torments, brought on the surface from the buried past and the lack of communication and understanding between the characters. 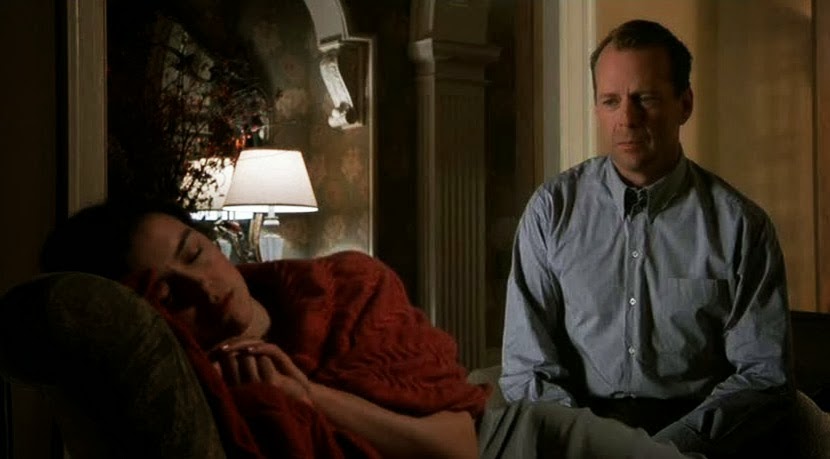 And the dead appears here as a result of past guilts and the desire to correct them. Malcolm wants to help Cole / Vincent and to convince his wife that he never neglected their relationship because of his work, the girl wants to warn his father of the danger looming over her younger sister, Cole’s grandmother wants to say to her daughter that she saw her dance. The dead do not know they’re dead – Malcolm sees himself as the man pressed with life problems, and at first not as someone who came back to correct past mistakes (“with sadness in his eyes,” as Cole says) and only Cole and Malcolm’s wife know the real truth. The film masterfully make us believe in the contrary until the last scene, when the cards fall on the table. Most of the things we see from Malcolm’s perspective (“They see only what they want to see!”) and because of that we were misled untill the final revelation.

Another important element that runs through the film, and the element which partly comes from the abovementioned elements is the lack of communication between our heroes. Nothing is really solved in the movie untill one learns to listen the other person, and Shyamalan believes that communication is the first and most important step. In ‘The Sixth Sense’ people find a solution when they decide to open up in front of loved ones, and to listen to the other person. 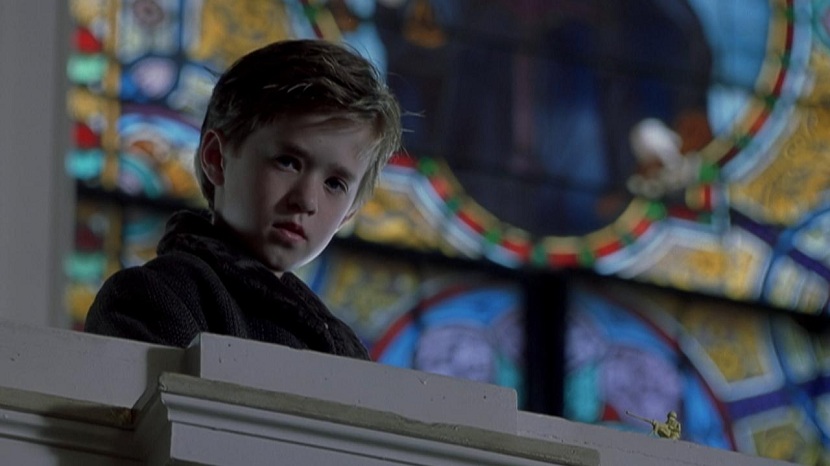 As for the direction, Shyamalan uses his talents to the maximum to show us the interweaving of two worlds and the thin line between them. ‘The Sixth Sense’ is a perfectly directed film, with the right balance of terror, tension and cleverly designed shock scenes. The film is literally an anthology of great scenes: first one where Malcolm discovers his mistake with Vincent, smartly reduced shock scene during the breakfast, the scene at the Cole’s class, the scene at the birthday party, the conversation between  Cole and Malcolm in the hospital, shock scene with the boy and hidden rifle, conversation between Cole and his mother in the car and finally the final scene of Malcolm’s revelation of the real state of things and calming of the restless soul. 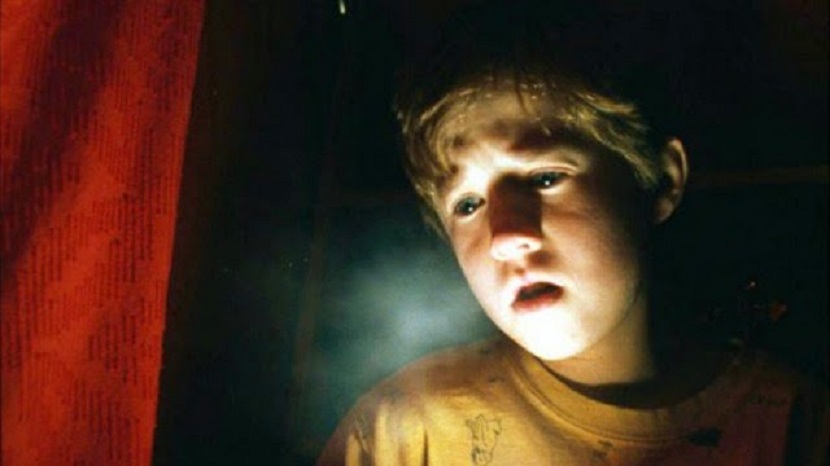 The cold and colour red symbolically represent the contact with the dead and they are very much present throughout the film but it never crosses the line and becomes too overt (as was  for example the case in the trashy ‘I Know Who Killed Me’ or too overt ‘We Need to Talk About Kevin’) and never becomes too gaudy and irritating. Sets are smartly designed and are perfectly in sync with the condition of the characters and themes of the film. The main charachers do not live in luxury, especially when it comes to Cole and his mother – the place they live reflect their poor financial condition. The camera glides along the hallways, stairways, halls and churches and follows our heroes who are going through everyday life shrouded in the fog of world beyond their understanding. This leaves plenty of room for some effective and well placed shocks – one of the best examples is the first scene in the theater and vision with hanging people. The film retains low-key approach all the time, which is a huge plus here. Rhythm is perfect – ‘The Sixth Sense’ is similar to perfectly conducted musical composition from start to finish and I can only imagine how this film would look in the hands of another, lesser talented director. 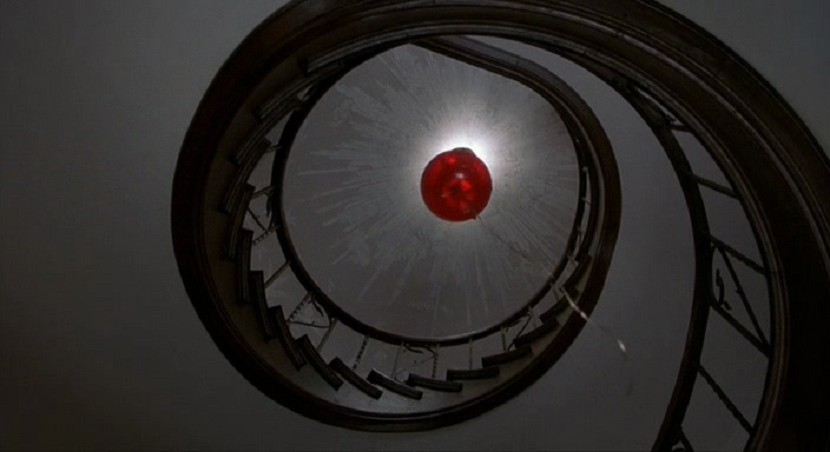 I can not speak highly enough about acting – especially about the two main actors. Before this film Willis had a handful of excellent roles (‘Sunset’, ‘Die Hard’ serial, ‘Pulp Fiction’, ‘The Last Boy Scout’) and his role in ‘The Sixth Sense’ is in my opinion the best in his filmography. He masterfully plays Malcolm as once a strong-willed man who could help others, and is now broken, and in an attempt to restore his peace and make up for past sins. His character is at times reassuring, but also reveals deeply hidden wounds. Osment had his first big role in this movie (after the episode in ‘Forrest Gump’ and mediocre movies ‘Bogus’ and ‘I’ll Remember April’) and it’s a big understatement to say that this was very well played role – his Cole is one of the strongest and most complete children’s characters in the cinema. There are no classical protections usually going with children’s roles. The weight that his character bears is huge, Cole is marked with fear and confusion and yearns to be understood and to understand others. The other actors are also great – especially Toni Collette as Lynn, Cole’s mom, who had more screen time than Olivia Williams who played Anna, Malcolm’s wife. One of the best and most emotional scenes in the movie takes place between Lynn and Cole near the end of the film when he tells her how “He is now ready to communicate with her”. 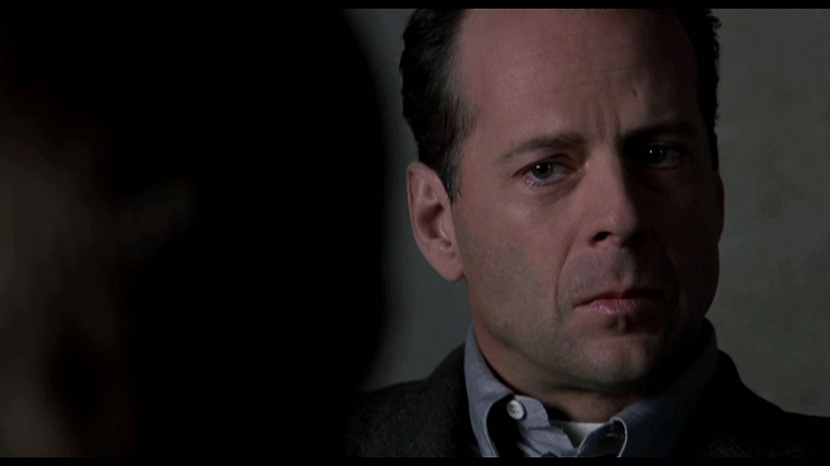 The haunting, creepy and beautiful music of James Newton Howard masterfully conveys the meeting of our world and the world from “the other side”, as well as painful inner life of the protagonists. I’m generally not a big fan of his film music, but here he composed an extremely effective soundtrack. All the elements are in place and ‘The Sixth Sense’ works great. This is a film that appeared out of nowhere and became a huge hit, a modern classic, universaly acclaimed by audiences and critics. I wish to Shyamalan to make another movie with similar quality.