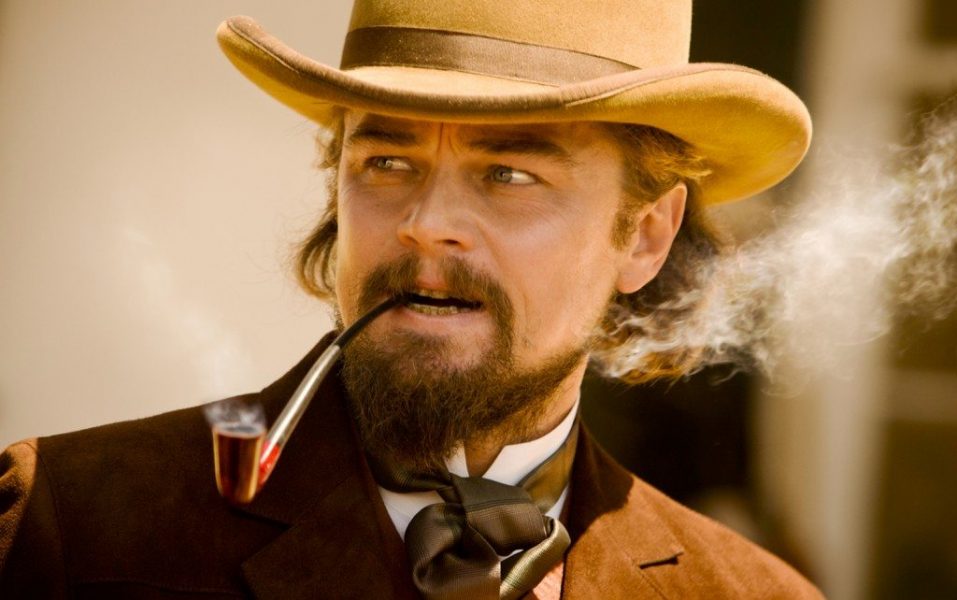 There was a time when production of the western movies outnumbered all other genres by a 2-1 ratio. So popular were American westerns that there was always one playing at the local movie theater, and if that did not give audiences their fix there were more than twenty on prime time television in the fifties and sixties. For such a brief period in American history, the time of the cowboy, the gunfighter, the marshal seemed to utterly fascinate audiences. Always deceptive in their simplicity, westerns had a great deal more going on that was often suspected. Man vs. the land, man vs. man, and man vs himself were the main themes of the best westerns, and though John Ford had the market cornered on the greatest westerns, there were some major films directed by the likes of Howard Hawks, Fred Zinnemann and George Stevens before Sergio Leone took them in a different direction with his spaghetti westerns of the sixties. And then as cinema changed so did the western, becoming much more violent, darker, reflecting society until Michael Cimino’s Heaven’s Gate (1989) bankrupted United Artists and all but put a nail on the coffin of the genre.

Kevin Costner brought them back with his Oscar-winning masterpiece ‘Dances with Wolves’ (1990) and then two years later Clint Eastwood gave us one of the darkest and greatest westerns ever made with ‘Unforgiven’ (1992). Since then westerns on screen have been spotty emerging every so often, often very good ones, but never finding huge mainstream success like they need to become relevant again. The Coen brothers recent smash hit ‘True Grit’ (2010) was the biggest western in years, rave reviews, more than a hundred million at the box office and ten Academy Award nominations, but even that did not start a slew of western films into production. Thank God for DVD and Blu Ray, as we can always return to those films of the past to view some of the finest western films ever made. In the last fifteen years there have been some outstanding western films, at least five vying for the best of all time list. It is a genre I love, and one I hope young people of today discover and celebrate. With that said, here is the list of top modern western movies of the 21st century. 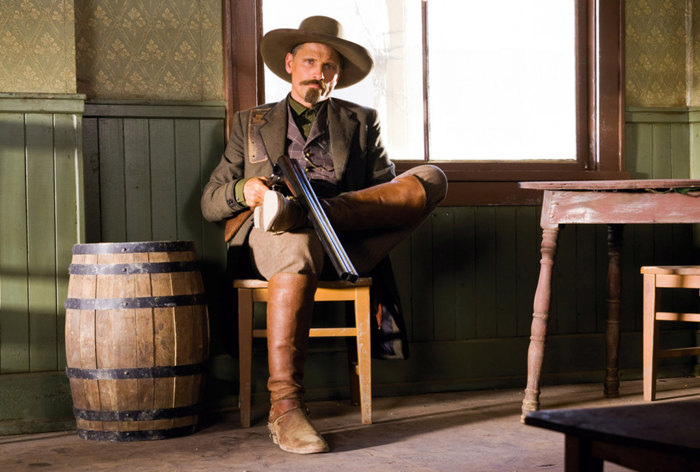 OK it is not art, but damn if it is not entertaining and I would watch Ed Harris and Viggo Mortenson together any time. Harris the marshal for hire, Mortenson his deputy with the deadly shot, and together they care called to Appaloosa to try and break the reign of terror of Jeremy Irons, wolf like as a nasty baron handy with a gun. Forget the stupid subplot with Renee Zellweger, watch the men…watch the cowboys…watch the western. Harris directed, Mortenson is terrific as the man handy with a gun. 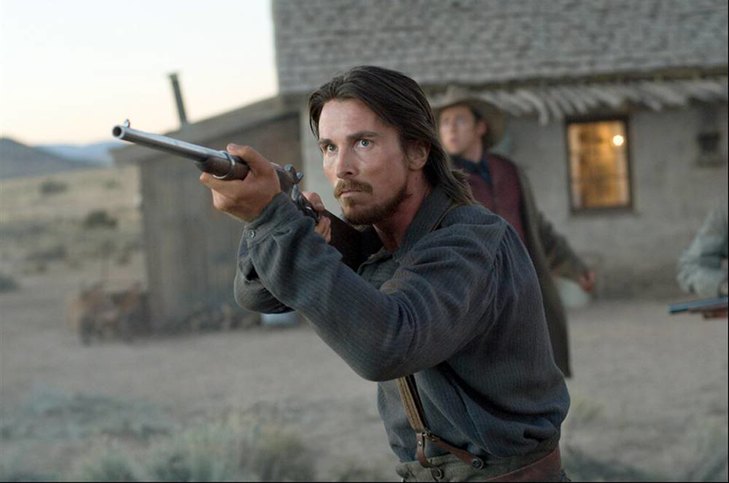 James Mangold directed this remake of the classic western, elevating it to a higher status by virtue of the performances of Christian Bale as the crippled father trying to do the right thing, Russell Crowe as the leader of a gang of dangerous outlaws and Ben Foster, as the mist loyal of those outlaws and dangerously psychotic. Wildly entertaining, with strong performances that elevate the paper thin script to a new level. 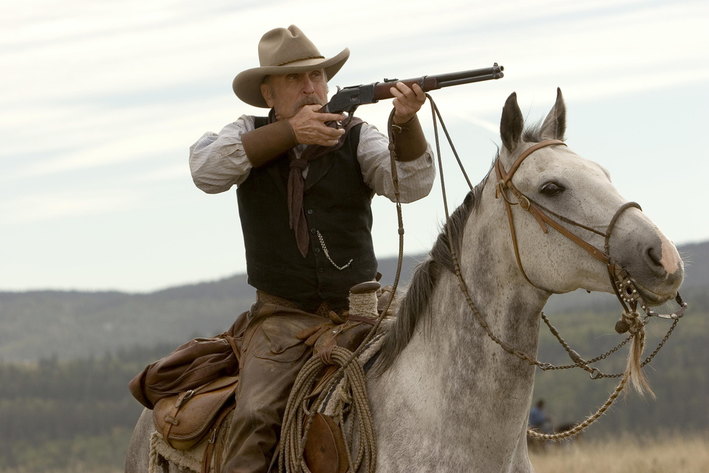 Made for television and I do not care, it is an award-winning western and qualifies just as Lonesome Dove would for a list from the eighties. Robert Duvall and Thomas Haden Church are brilliant together as a couple of ordinary men forced to look inside themselves and care for a group of Chinese women being taken across the country to work as whores. With a nasty group of outlaws on their trail the men know that at some pint a showdown is going to happen. Duvall as always is great, and Church is outstanding. Walter Hill directed after his Deadwood fame. 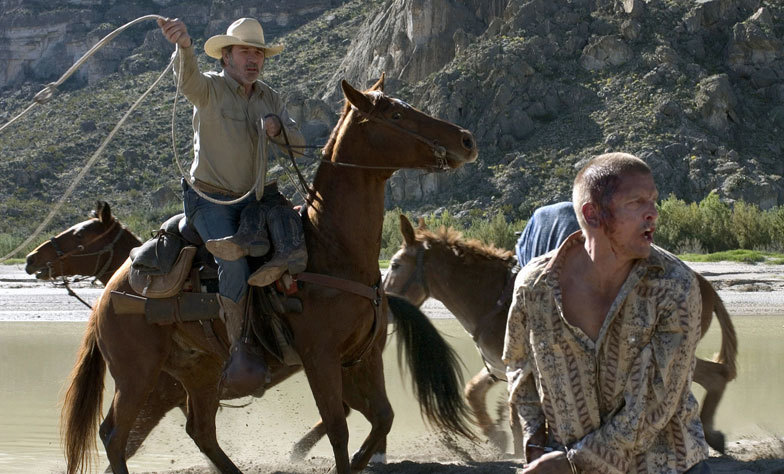 Tommy Lee Jones won Best Actor at Cannes for this self directed modern western about loyalty among friends. When his good friend, a Mexican immigrant is killed by accident by a border patrol guard, Jones kidnaps the young man and demands he take the dead man back to Mexico for a proper burial in his homeland. Barry Pepper goes through the gamut of emotions as the terrified border guard, expecting to be killed at any moment. Jones is heartbreaking as a truly good friend who just wants justice of some sort for his dead friend. 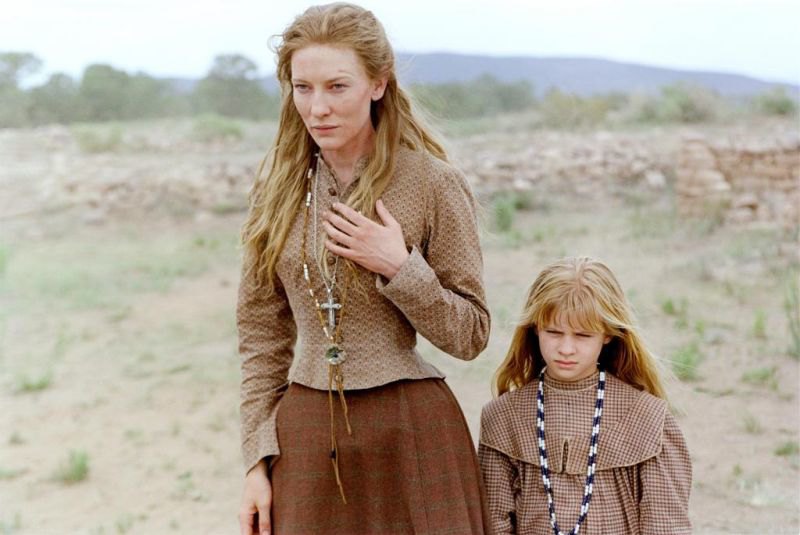 An under appreciated film directed by Ron Howard who steps outside his comfort zone with a dark tale about a mothers quest to find her daughter, taken by a dangerous group of natives led my a deadly medicine man who practices the dark arts. On her journey she will enlist the help of her estranged father, portrayed by Tommy Lee Jones, a man who left his family to go live with the natives, and thus knows their ways. Cate Blanchett gives a powerful performance as Maggie, the determined mother who will stop at nothing to get her daughter back. Outstanding and so much darker than ‘The Searchers’ (1956) which it pays homage too. 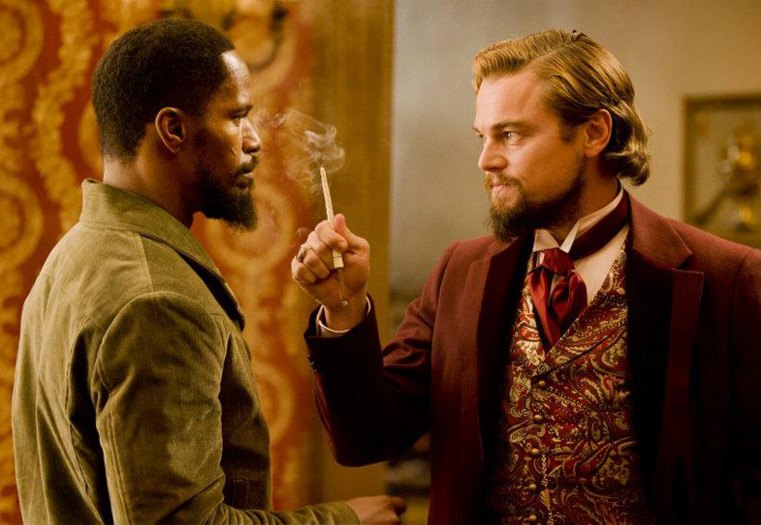 I suppose it was only a matter of time before Tarantino tackled this genre and when he did he did so with gusto, perversity, violence, racism and wild dialogue. With an array of terrific characters he gives us a western that is also a statement on slavery and the Civil War, with outstanding performances from Jamie Foxx, Christoph Waltz, Leonardo Di Caprio, and best of all Samuel L. Jackson as the treacherous house slave. Violence erupts without warning, the body count piles, and the film entertains thoroughly. 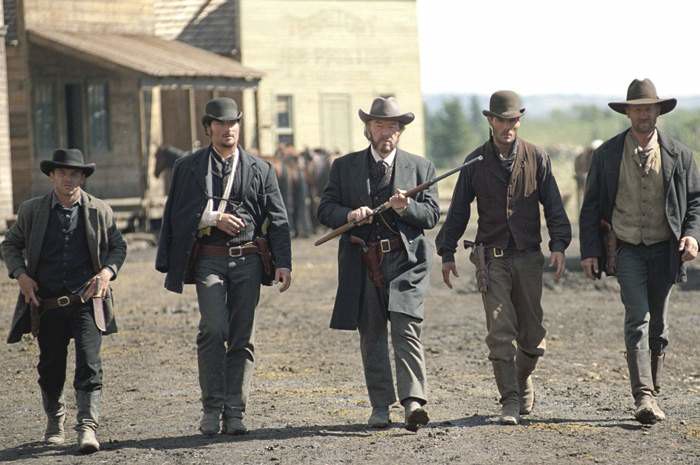 Is it any surprise Kevin Costner directed another great western? Not to me, but it is sad audiences did not find this one. Costner is a lethal gunfighter, settled down and working cattle with his friend Boss Spearman, portrayed with crusty honesty by Robert Duvall. The gunfights are portrayed with grim realism, the noise of the weapons shocking as the death that they bring with them. Costner has never been better, so focused, so confident and he manages to match Duvall step for step throughout. A hidden gem that deserves to be found and celebrated. 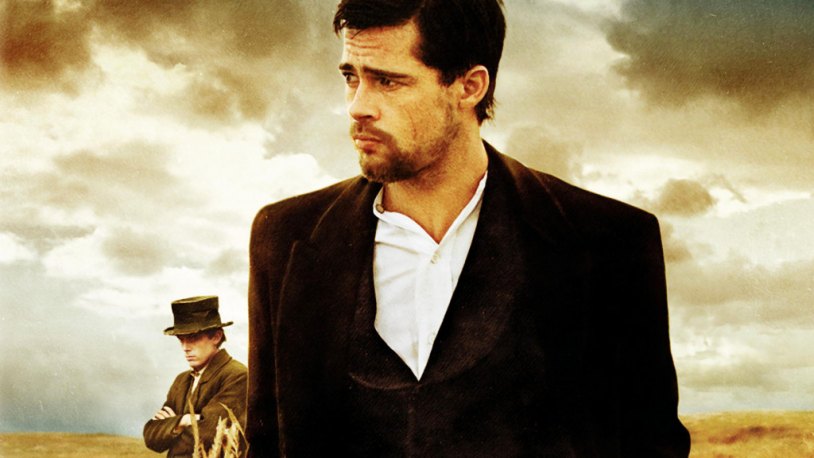 Based on the bestseller, which was based on real life events surrounding the life and death of both Jesse James and Bob Ford, this masterpiece was hailed by critics and discovered slowly by audiences. Brad Pitt gives the best performance of his career as a dangerous Jesse James, ever watchful of his surroundings, of the people near him, but who misses the signals of Bob Ford, who will shoot him in the back, Portrayed by Casey Affleck with needy paranoia, it is a splendid performance that was nominated for an Oscar. Sparse, and filled with a sense of melancholy, a brilliant western.

Not a remake of the John Wayne western of 1969, but a return to the book for a new adaptation, this film was simply perfect. Jeff Bridges stepped into the Dukes shoes and eye patch to deliver a performance as Rooster Cogburn that should have won him an Oscar for Best Actor. His equal throughout the picture is Hailee Steinfeld as the young girl who hires the old warrior to bring her fathers murderer to justice. Matt Damon, Barry Pepper and Josh Brolin co-star but the film belongs to Bridges and Steinfeld. Arguably the best film the Coens have created. 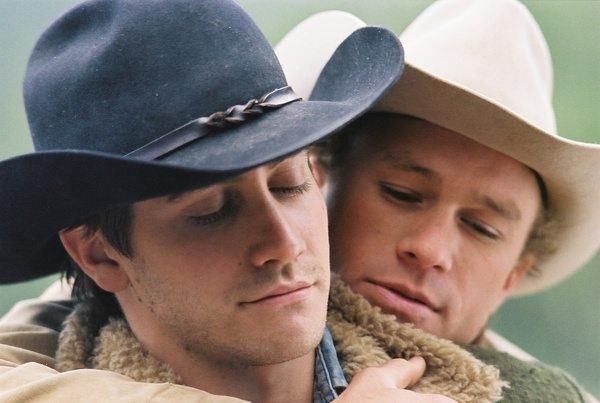 The most unconventional western in film history is set in the years spanning 1962 through to the seventies, and explores the lives of two cowboys who meet one another while tending sheep on a mountain and fall deeply in love. The film asks audiences to forget the lovers are two men, but asks them instead to accept that they are two human beings who have found their soul mate. Beautifully directed by Ang Lee, the performances of Heath Ledger and Jake Gyllenhaal are superb. Powerful and haunting, the final image of a man who has lost the greatest love of his life will stay with you a long time.