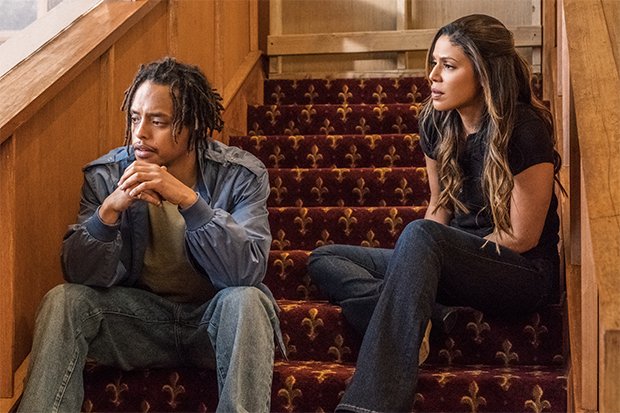 The fifth and final outing of OWN’s superhit, megachurch drama finally made its grand premiere this week! And from the first episode itself, it is pretty clear that the last season is going to deliver some huge twists! In fact, episode 1 sets the pace just right. What’s more? It ends on a massive cliffhanger and a tragic note. If you want more spoilers, you can immediately proceed to our recap section. But before that, here’s a quick rundown on what can be expected from the second episode.

Episode 2 is titled ‘The Second Day’. Thematically tied to the premiere, which is called ‘The First Day’, the second part will continue to chronicle the journey of the Greenleafs as they try to get back the Cavalry. Of course, Grace has vital information regarding Bob’s political schemes, which she might use for revenge. After AJ’s tragic end (?), it is unlikely that we will see the second wedding between Bishop and Lady Mae. And again, we hope that the upcoming episode gives us some closure on what actually happened to AJ. Moreover, we need to learn more about AJ’s backstory. Is he really Grace’s son? We guess the answers will slowly unravel in the upcoming episodes.

All the previously released episodes of ‘Greenleaf’ are available to watch and stream on OWN’s official website. With the help of an OWN subscription, you can catch the show on OWN’s app. Otherwise, tune in to your tv screens every Tuesday night and watch the new episodes on the channel — as and when they air on television. Of course, there are multiple live-streaming, cable-free options as well. The drama is currently available on Directv, Fubo TV, and Philo TV. Seasons 1 to 4 are streaming on Netflix. Finally, episodes, following their tv release, are uploaded for rent/purchase on Amazon Prime.

Bishop and Grace watch in dismay as Hope & Harmony pack the Cavalry into a moving van. Meanwhile, Kerissa warns Jacob that if he does not fulfill his duties after the divorce, she will expose all his family secrets. Aaron informs Grace and AJ that AJ won’t be convicted for his crime since another guy has taken the fall in his place. So AJ is free. On the other hand, Grace investigates the man who had taken the blame for AJ’s deeds and had conveniently died in an accident. Back at the Greenleaf mansion, AJ is guilty about the guy’s fate.

Bishop suggests to Lady Mae that maybe they can think of a new church. And what could be the best way to get started? Remarry! Lady Mae agrees. Grace digs up some dirt about Bob and discovers that he is planning to run for the Senate as a Republican. At that moment Grace gets a call, regarding her parents’ second wedding. As the Greenleafs prepare to leave the mansion, Grace searches for AJ. This is when she discovers him in the bathroom — with both of his wrists slit!