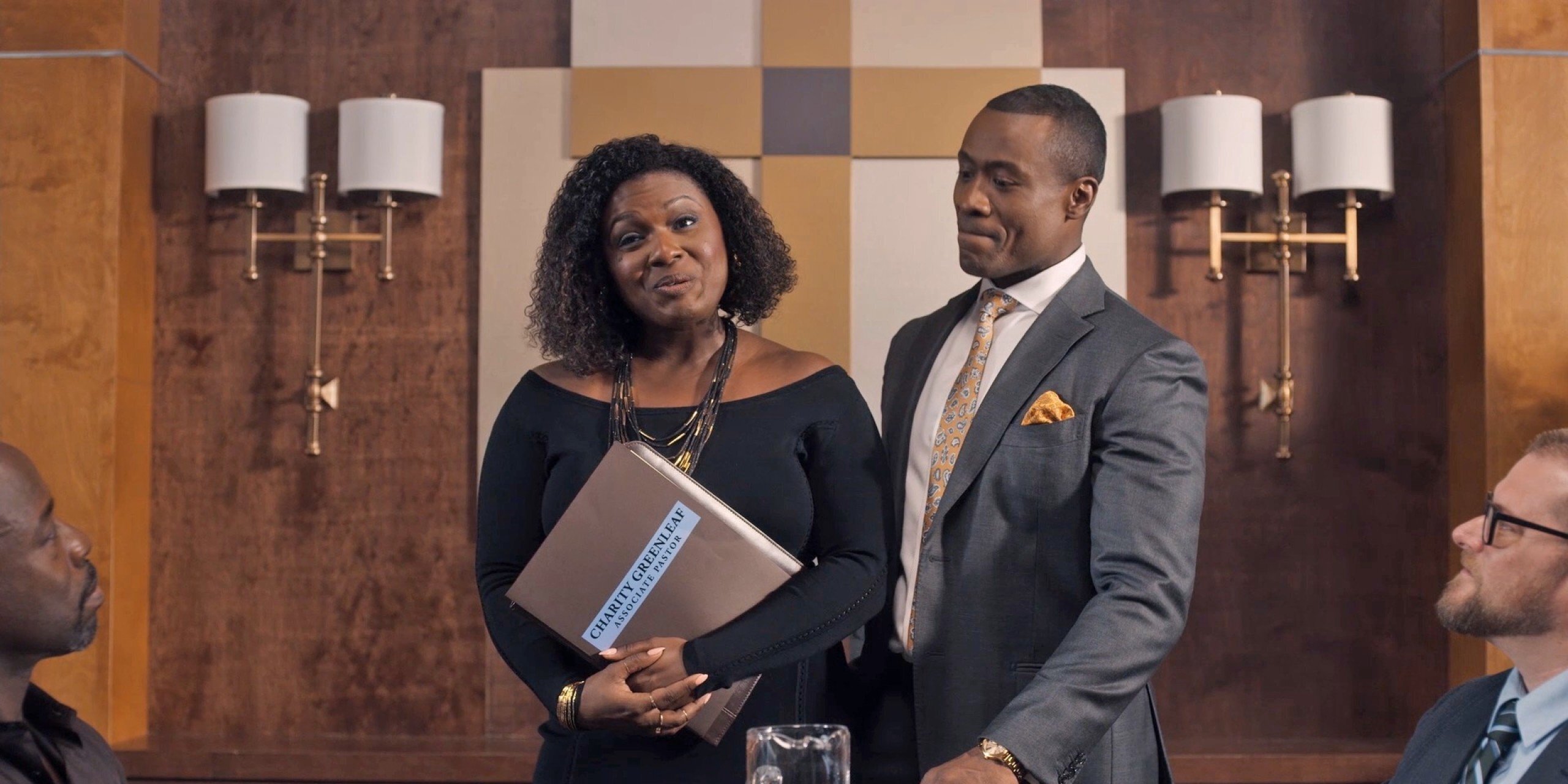 The fifth and final season of ‘Greenleaf’ is loaded with jaw-dropping twists and mysteries. With each episode, season 5 has been delving deeper into the history of the Greenleaf family to unearth shady secrets and outright lies of the sanctimonious family members. In episode three, Grace finds herself in a dilemma on whether to investigate the past of Bob Whitmore, owner of Harmony & Hope or to let it go.

Bishop and Lady Mae’s mission suffers a setback after being hit by a couple of roadblocks, while Jacob makes a startling discovery about the mansion’s history. Now, you must be wondering about the details of the upcoming episode, i.e., Greenleaf season 5 episode 4? Well, we are here to help you with that.

The upcoming episode is titled ‘The Fourth Day.’

You can watch ‘Greenleaf’ season 5 episode 4 on OWN’s official website and the OWN app, with a subscription. Otherwise, tune in to your TV screens every Tuesday night and watch the new episodes on the channel — as and when they air on television.

The episode begins with Zora helping her cousin Sophia in taking down her nude pictures from the internet but a fight breaks out when Nikki mocks Sophia. Grace tries to compose herself after realizing that Mae has offered Noah, the cabin that once belonged to Zora. Before Grace could digest that, Mae drops another truth bomb, taunting Grace over how she once gave away her now-beloved son, while his father was practically unaware of his existence. As Grace gets out of the room to breathe, her father James comforts her and tells her that Mae is still bitter over their arguments over Faith.

While heading over to Basie’s half-sister Tara’s place to get some clarity over Basie Skanks’s death, Jacob and Tasha share some romantic tension. Upon reaching, Jacob and Tara talk about the possibility of James being responsible for Darryl’s death. However, he gets thrown out of Tara’s house when he begins questioning her about Darryl and Loretta Davis’ relationship. Later, Tara calls someone to inform about Jacob’s visit. Charity claps back at Phil and Judee after they try to make her work life, living hell.

After initial reluctance, AJ directs Sophia to tell Grace that he is ready to talk to her. Instead of beating around the bush, AJ rips off the band-aid and answers the burning question: Why did he try to kill himself? As his mother sits beside his hospital bed, AJ says, “I’m gonna tell you something, and after I say it, I don’t want to talk about it. I was raped in prison, and one of the b–ches who did it gave me HIV. That’s my life. That’s the situation, OK?”