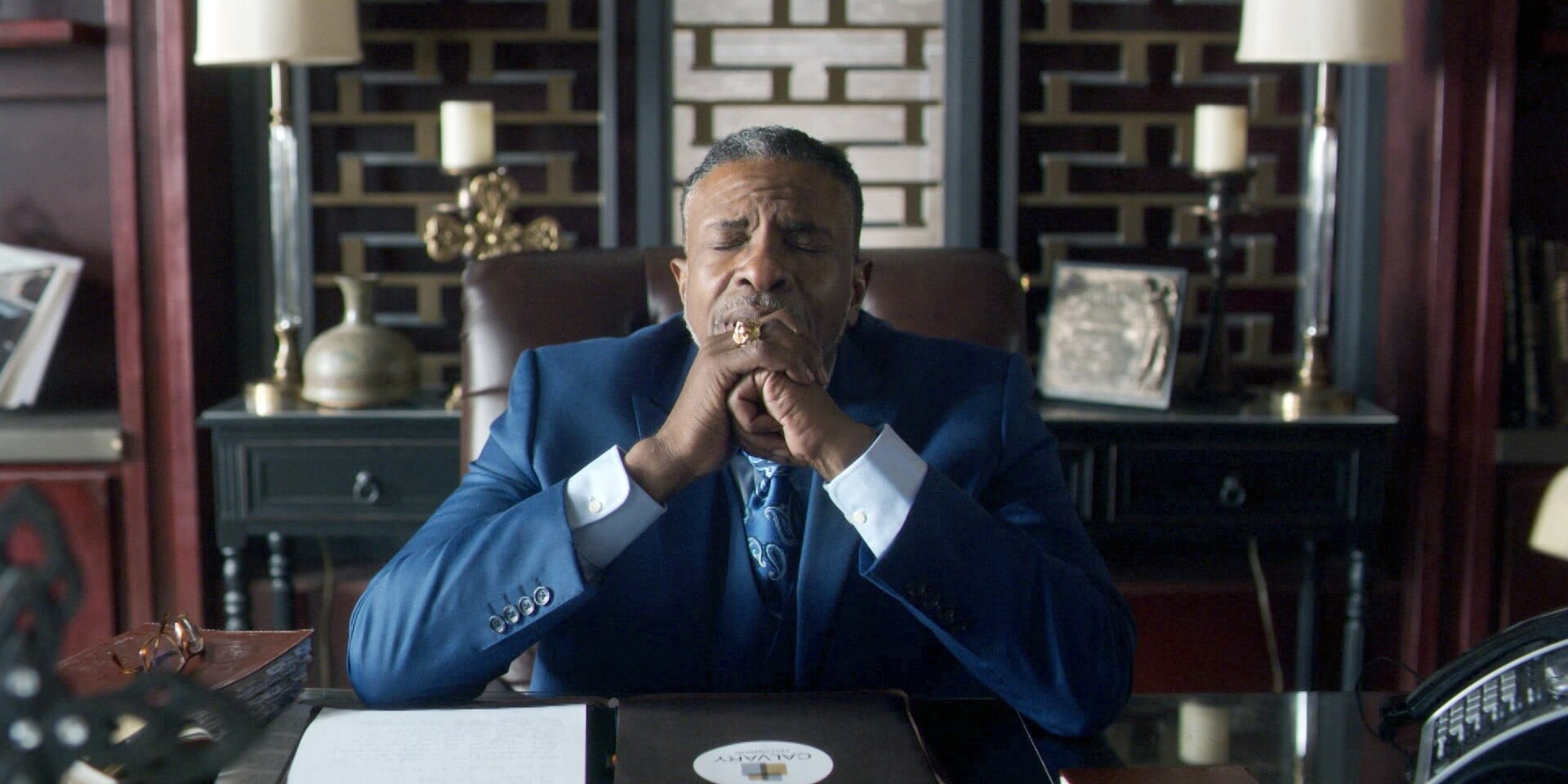 The penultimate episode of ‘Greenleaf,’ season 5 packs such a strong punch, many of us are still picking our jaws from the floor. Multiple revelations fill the episode, forcing you to gasp and pray for the safety of your favorite characters as they hang between life and death. In the episode, Darius informs Grace that Mrs. Davis’ old caretaker, Otis, has revealed that Darryl was her son. Grace and Charity expose Bob Whitmore, for all his past wrongdoings through Eden Vale Lending. Bishop falls on the bed, and a worried Lady Mae calls the ambulance. Head to the recap section, to know more about the episode. Curious to know what can go down in the series finale, i.e., Greenleaf season 5 episode 8? Here’s everything you need to know.

The series finale, i.e., ‘Greenleaf’ season 5 episode 8 will release on August 11, 2020, at 9 pm ET, on OWN. It will be followed by a one-hour special episode titled ‘Greenleaf: The Homegoing Celebration’ at 10 pm ET.

The upcoming episode is titled ‘Behold.’ The episode might tie up all the loose ends that have been hanging since the first episode. Jacob and Kerissa might make a final decision on the future of their relationship. Phil might evaluate his hypocritical behavior after being turned down by Charity. Grace and Darius might take their relationship to the next level. And most importantly, we can expect the Greenleafs to process the unexpected and tragic demise of their patriarch, that is if he is really dead.

You can watch ‘Greenleaf’ season 5 episode 8 on OWN’s official website and the OWN app, with a subscription. Otherwise, tune in to your TV screens every Tuesday night and watch the new episodes on the channel — as and when they air on television.

In the episode, Darius gets out of prison with Grace’s help, after Bob Whitmore had him locked up for driving under influence. Grace and Aaron see a ray of hope upon realizing that City On a Hill’s association with H&H was not disclosed to Jacob and Kerissa when the land was purchased by the former, indicating a real-estate fraud. However, their hopes get shattered when Kerissa reveals that she knew all about it. James tries his best to convince Lady Mae to push up their wedding date but she denies when he refuses to compensate Tara and Rochelle.

As Aaron and Grace try to register the fact that Kerissa knew about the secret all along, Noah rushes in to reveal that he has gotten hold of Mrs. Davis’ old caretaker, Otis. Soon, they find out Darryl was Mrs. Davis’ biological son. Upon learning the same from Gigi, Lady Mae passes on the information to Tara and Rochelle. Everyone assembles at the Calvary when Grace and Charity unmask Bob’s illegal money-lending business. They also pinpoint the involvement of Phil’s mother in his dealings. Phil puts more light on the issue by stating that she yearned for forgiveness in her final days.

Bishop takes accountability for his actions and apologizes for being blindsided by the shine of wealth in the past but he receives the support of the congregation. Bob, Judee, and Fernando flee from the scene. Phil asks Charity for another chance but she refuses, saying she doesn’t want her heart to get hurt again. After Darius informs Grace that Bob has been forced to resign from Hope & Harmony, the two passionately kiss but are interrupted by Sophia. In the end, Lady Mae goes up to her husband and tells him that she is ready for the wedding. Bishop seems to be in discomfort and asks for a pen, with which he writes, “I do” before falling on the bed… seemingly dead.