Who is in Gunjan Saxena’s Family? Does She Have a Brother? 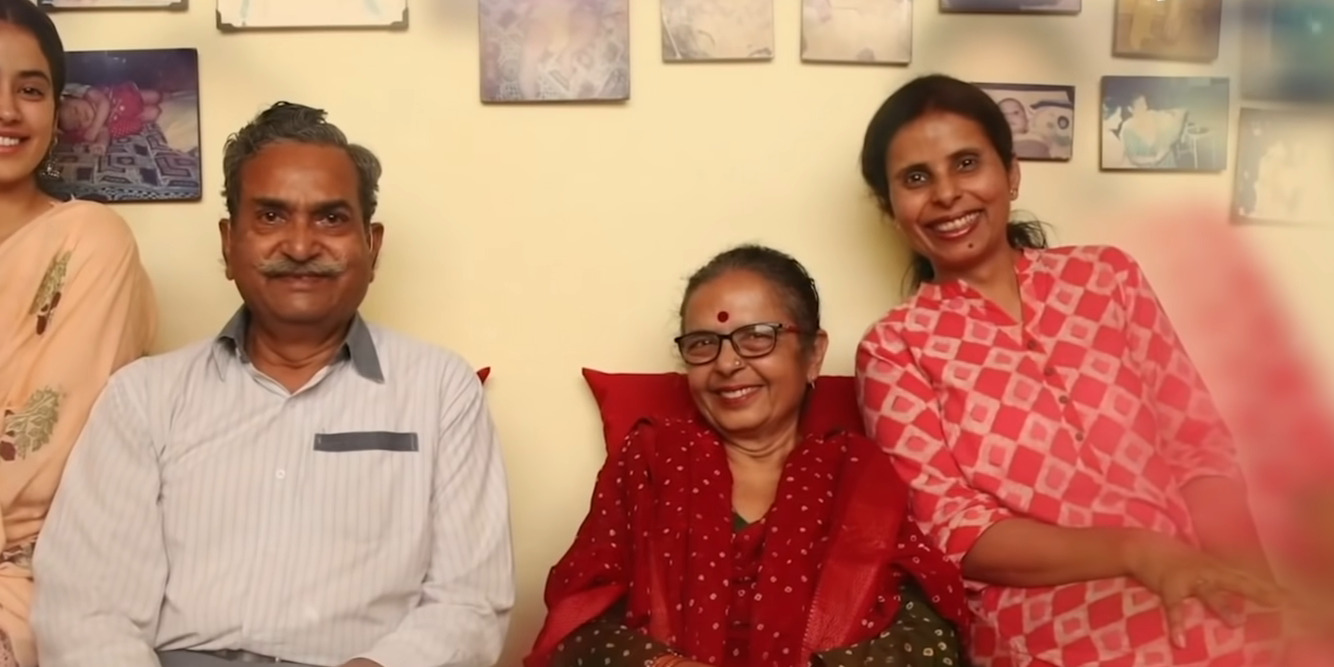 In 1994, when getting recruited into the male-dominated Indian Air Force was considered an unattainable or fanciful pipe dream for women, Gunjan Saxena and Srividya Rajan joined the first batch of female trainee pilots. Not only did the two women prove their mettle against their male counterparts, but the flight attendants also managed to earn a chance to serve their country in the 1999 Kargil War. After a successful search and rescue mission in the live Kargil war zone, Gunjan became the first female recipient of the Shaurya Chakra.

Netflix decided to expand its slate of original Indian programming by picking up ‘Gunjan Saxena: The Kargil Girl,’ Sharan Sharma’s debut directorial that showcases the true story of Gunjan Saxena’s indisputable bravery. Curious to know the people who stood beside Gunjan while she had her eyes fixated on the sky? You’re in the right place. Here’s everything you need to know about Gunjan Saxena’s father, brother, and mother.

Gunjan was born to now retired-Lieutenant Colonel Ashok Kumar Saxena and Mrs. Saxena in Lucknow, Uttar Pradesh in 1975. While growing up, Gunjan looked up to her father who was always very detail-oriented and disciplined. Her father always motivated Gunjan to pursue her inner calling no matter what the world says. In an interview, Gunjan revealed that her father would always tell her and her elder sibling to be adept enough to ride everything, from a bicycle to an airplane.

As a kid, he would always take her to enjoy “Cassata,” which is a Neapolitan ice cream comprising nuts and dry fruits. Gunjan’s interest in flying high into the sky was backed by her father who always motivated her to break stereotypes, even when his wife and the society wanted Gunjan to tone down the magnitude of her dreams.

After she got deployed at Udhampur and was subjected to casual sexism and gender discrimination, it was Gunjan’s father who reminded her to believe in herself and push against the patriarchal oppression with everything she got. Even today, Gunjan considers her father to be her biggest cheerleader who has always got her back.

Initially, Gunjan Saxena’s mother wanted her daughter to finish her education and settle down with a man who checks off all the boxes of a perfect husband in the eyes of the traditional society. Although it took time for Mrs. Saxena to shed the weight of societal norms and accept her daughter’s determination to shatter glass ceilings, she did the best she could to be supportive of Gunjan’s aspirations.

After realizing the gravity of her goals, Mrs. Saxena, along with her husband became Gunjan’s support system as the free-spirited girl from Lucknow went on to become India’s first woman combat aviator by rescuing over 900 injured casualties during the Kargil War with utmost courage and valor.

Gunjan Saxena’s brother, Anshuman Saxena, was always determined to follow the footsteps of her father and enter the Indian Army. When they were growing up, Gunjan and Anshuman were more like best friends than siblings. He never comforted his sister with lies and preferred to prick her with the truth, no matter how harsh it would be.

Anshuman was initially skeptical of Gunjan’s decision to join the Indian Air Force and often stood in the way, believing that he was trying to protect her sister from humiliating herself in front of the traditional male bastion in the Air Force. However, that feeling changed when he witnessed Gunjan in action and realized that she is not less than any man in her crew and will pull out all stops to emerge triumphant during the time of war. (Featured Image Courtesy – Netflix/Gunjan Saxena)