HBO Drops the Trailer for ‘Game of Thrones’ Season 8 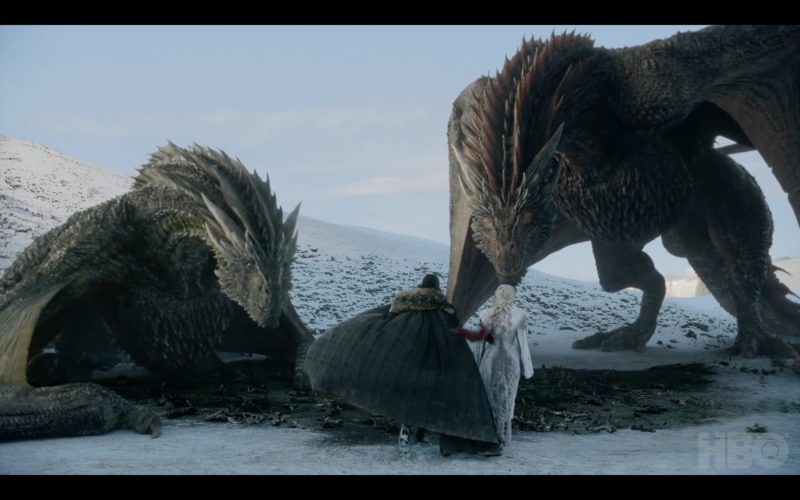 HBO has finally dropped the most anticipated trailer of the year of Season 8 of the most popular show in the history of TV, ‘Game of Thrones‘. The trailer is intense, bone-chilling, and sets the right mood for the battle between the people of the Seven Kingdoms and the White Walkers. This will be the battle between life and death, and whoever emerges victorious will rule for the ages to come. This time, Games of Thrones will be an eight-episode season, but while watching the trailer we should keep in mind that whatever information we are made privy to in the trailer has a high chance of mostly being from the first two or three episodes. So gear up, as this new season will bring to you the longest battle sequence ever made in the history of filmmaking. Let us talk in detail about what we see in the trailer.

Maisie Williams as Arya Stark is whom we first see in the trailer. After always training like a warrior and showing immense courage from a very young age, it will be great to see Arya taking up weapons to defend her home, Winterfell. Her words in the trailer, “I know death… he’s got many faces. I look forward to seeing this one” sends chills down our spines as we know Winterfell is now ready to defend itself against the onslaught of the Night King and his army. Then we get a glimpse of Varys, along with some other residents of Winterfell huddled around a statue, presumably of Robb Stark, and protecting themselves from the ongoing battle outside.

What Cersei is doing or planning to do is not revealed clearly, and we only see her twice in the trailer, not uttering a single word on both occasions. But what we do see is Euron Greyjoy leading an army on a ship. Cersei has probably planned to kill the survivors from the war up north to bring the entirety of the Seven Kingdoms under her control once and for all.  We see Jon Snow and Daenerys in a shot leading their army, where Snow warns them of the threat that they are up against, “They’re coming. Our enemy doesn’t tire. Doesn’t stop. Doesn’t feel.” It should be noted that Jon is still not aware that Rhaegar Targaryen was his father, and his new love interest, Daenerys, is actually his aunt. The two characters are also seen in the dungeons of Winterfell where they have most probably gone to honor Ned Stark and his forefathers. 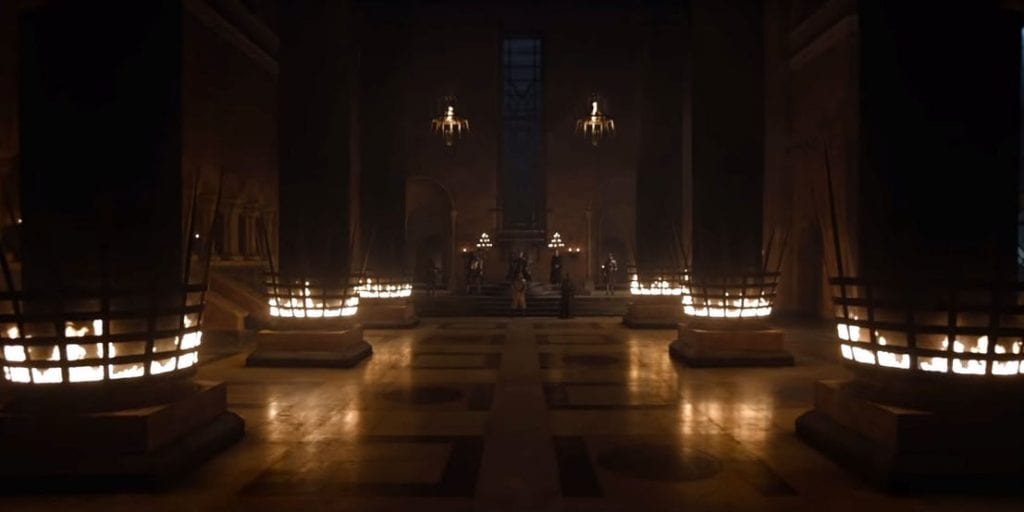 There is a brilliant wide-angle long shot of the throne room at King’s Landing in the trailer where we see Cersei almost alone, sitting on the throne. She has lit numerous fires in the throne room, probably a symbol that winter will be coming to King’s Landing as well? Another interesting thing in the trailer is the array of fight sequences shown in Winterfell. The fight happens at night, and there is fire all around. There can be a special significance of the closeness of winter and flames, because what is Game of Thrones but A Song of Fire and Ice? One surprising thing which has got fans talking is why so little screentime has been given to Tyrion Lannister in the trailer? Is it because he is fighting another war during The Battle of Winterfell? Him being one of the most important characters in the series, fans will surely love something more on his activities during Season 8 if HBO decides to drop a second trailer. 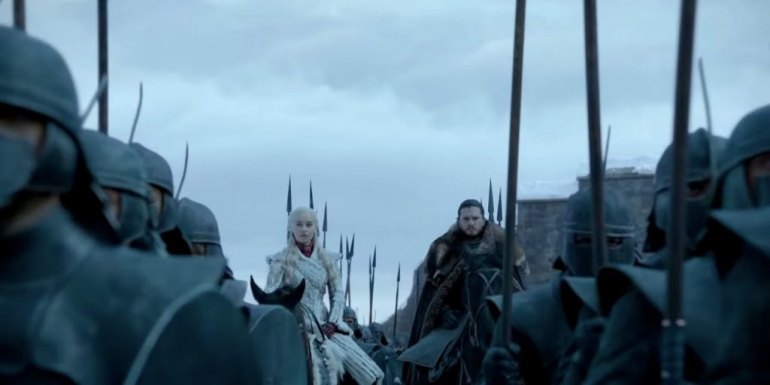 Brianne, Podrick, Jorah Mormont, and Grey Worm are being seen leading the line in the battle. It is a no-brainer that these are some of the best warriors to have survived the steadily rising death toll of supporting characters in the series. People who have seen such stories of epic proportions know that the best lead the line in attack. But who will remember them? Yes, legends will have their names in bits and pieces, but the epics will be written about the bravery of Jon, Daenerys, Jaime, and Arya. Because who does ever sing songs of the foot soldiers who have smeared their blood on the sands of battlefields, and led not by words of the mouth, but by their bodies and swords?