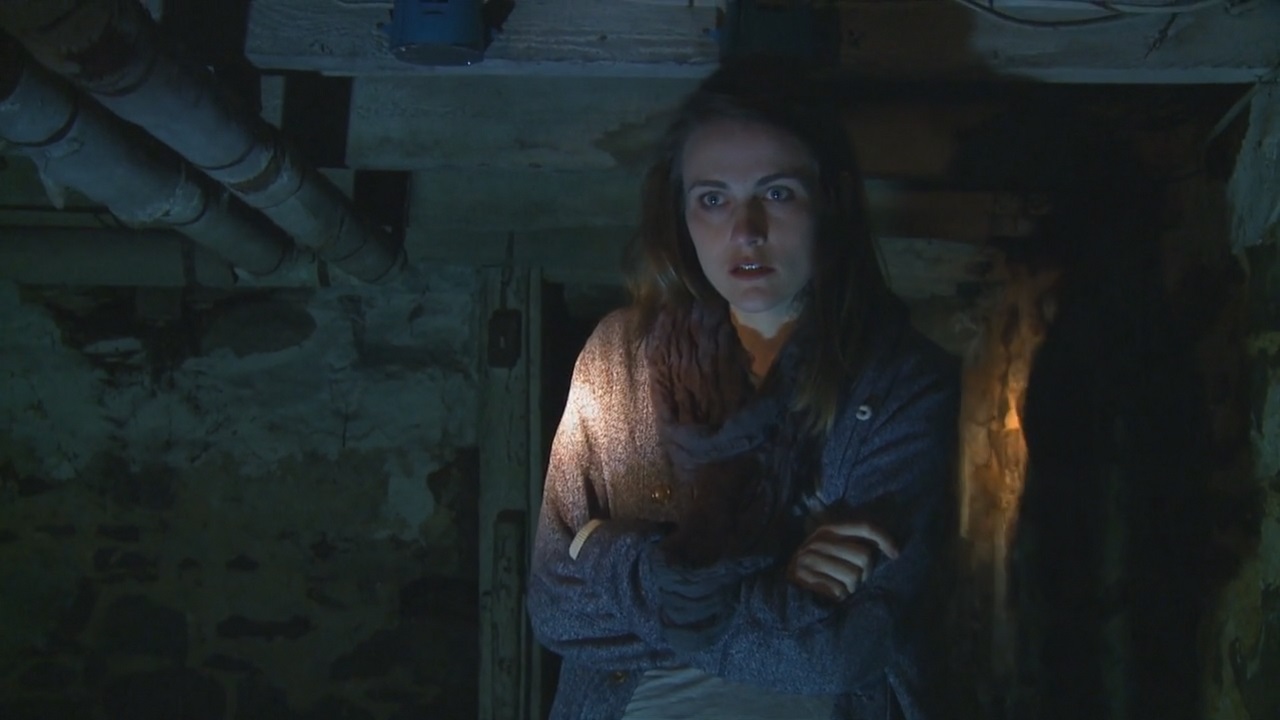 Told in a mockumentary format, the story follows a group of documentary filmmakers as they try to trace their way back to a seemingly inexplicable tragedy that took place in a spook house in 2009 on the eve of Halloween. The ending of the film is befitting but leaves several questions behind. If you are wondering what’s in the basement (we know that you want to know), we’ll try to break down the ending for you. SPOILERS AHEAD.

‘Hell House LLC’ opens with Diane Graves, a documentary filmmaker, and her crew turning up in front of a seemingly abandoned house, which is the site of a tragedy that took place five years earlier. The scene cuts to news clippings that depict the horrifying incident that establishes the premise of the film. Situated in Abaddon, Rockland County, New York, the now-abandoned spook house is central to a mystery following the baffling death of 15 on its inaugural night on October 8th, 2009. 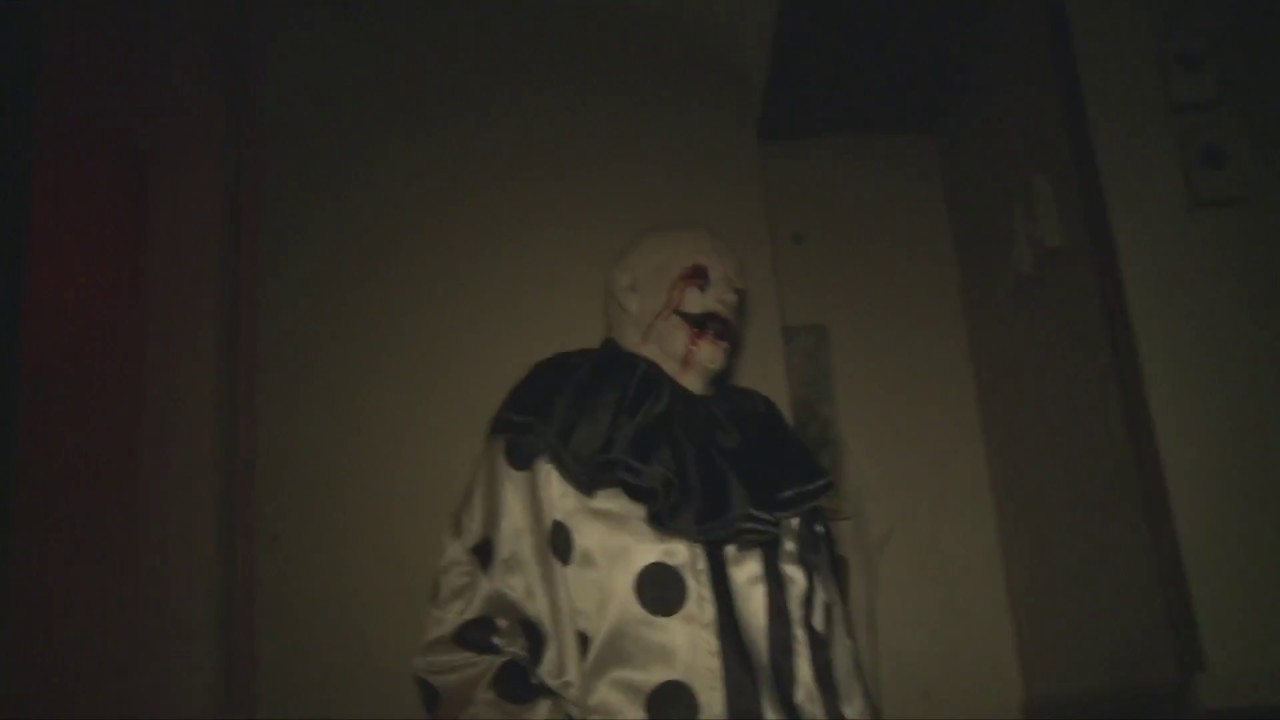 A video that the film claims is uploaded on YouTube shows a tour-goer’s perspective of what went wrong at the “Hell House” on the night of its opening. Seemingly shot on a phone camera, the video begins with a queue of the audience waiting to experience the spectacle of the haunted house. During the tour, we see a bunch of props, fake spider webs, and grotesque mannequins – things one would normally expect from a spook house. We also see a clown running against the traffic, which is perhaps odd but can be dismissed as a technical glitch.

The tour takes the audience through the dark and dingy corridors to the basement, but we suddenly see people frantically running up the stairs, and the camera runs along with them. We cannot decipher what goes wrong in the basement, but we hear a shriek that does not seem to be pre-recorded. The rest of the film tries to take the audience back to this moment of rupture from different perspectives and construct the timeline of doom from scratch.

We see photos of a blood-stained floor clicked by photographer Martin Cliver, who broke into the scene shortly after the tragedy. Then, we hear the first-hand account of the Hell House from Sara Havel, a member, as the documentary filmmakers interview her. Sara provides more footage from which the filmmakers can reconstruct the timeline. The viewers get to know from the footage that Sara is the girlfriend of Alex, who is the main organizer and owner of the Hell House.

Besides Sara and Alex, the crew consists of three others: Tony, the technical manager, Paul, the cameraperson, and Mac, Alex’s business partner. They are on their way from NY to Abaddon, where they have bought an old hotel intending to renovate it as a scare house, which becomes the Hell House. As they explore the property, they find a rope hanging from the attic and a pentagram drawn on a basement wall, which set the tone for all that would unfold in the following series of events.

They set up a few grotesque plastic figures in place, and in good humor, test whether the heads of the mannequins move or not. And the next thing we know, the inanimate clowns start moving in and around the house. A series of well-executed jump scares and supernatural shenanigans follow as the trajectory of the film moves towards the predetermined fate of people involved in the nightmare.

Hell House LLC Ending: What Happens in the Basement?

This is the question that keeps us hooked to the storyline till the very end. In the YouTube footage, we see a hoard of frenzied tour-goers fleeing from the basement but are unable to make anything of it due to the ruckus and the jarring camera movements typical of a found footage narrative. Later, from the clips provided by Sara, we see the pentagram and Bibles in the basement, which Sara rightly finds suspicious.

And later still, we see the seemingly plastic clown placed in the basement moving through the stairs in the darkness and hooded skeletal beings appearing on the corridor, as a horrified Paul captures the events on film. We get to know that the previous owner of the property, a hotelier named Andrew Tully, hanged himself following the mysterious disappearance of a mother and her 11-year-old daughter from the Hell House, which was a hotel then. 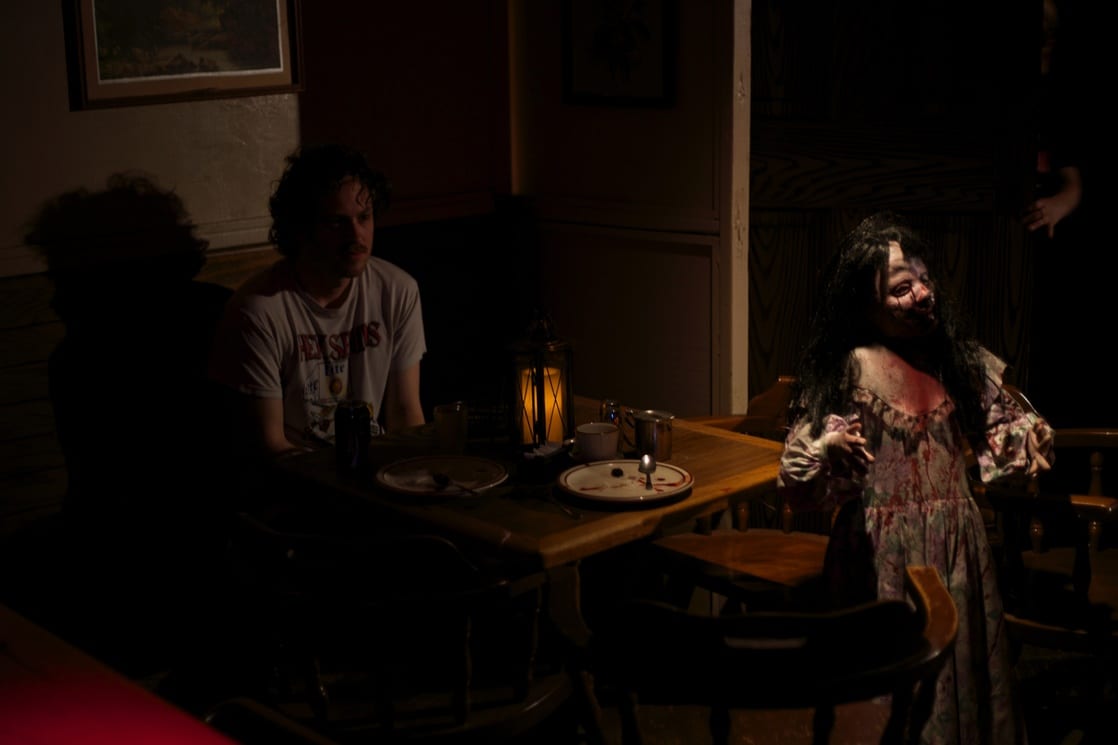 While Melissa, an actress hired for the show, discloses this information to the crew, she is unable to tell whether or not Tully performed satanic rituals in the basement. At one point in the film, the audience finds a seemingly hypnotized Sara chanting a Latin hymn in the basement, which seems Satanic from the sound of it. Another episode finds a dumbstruck Paul sitting on the basement floor following Paul’s encounter with the girl’s ghost.

When the film revisits the moment of rupture in the basement, we see Joey (the “clown”) rushing by and Melissa (the “damsel”) screaming for help, and then we see a few shadowy apparitions walking towards the camera, which are not part of the show. The hooded leader of the ungodly apparitions slits Melissa’s throat, and she is left screaming and bleeding as the crowd frantically tries to get out of the Hell House. The basement trope is a staple in horror films, but ‘Hell House LLC’ takes the familiar trope to a new height through its effective use of blurry found-footage cinematography.

The final moments of the film provide a nightmarish conclusion to this horrific tale. Sara Havel gives an interview and provides a repository of footage to the unsuspecting documentary filmmakers. Sara abruptly ends the interview by saying that she is feeling sick and is going to take a few hours’ rest in her room, numbered 2C. She also suggests that the interviewing crew should go to the location themselves to get a better picture of the house. However, the next set of events unfold rapidly and in a way that the viewer would not have anticipated. 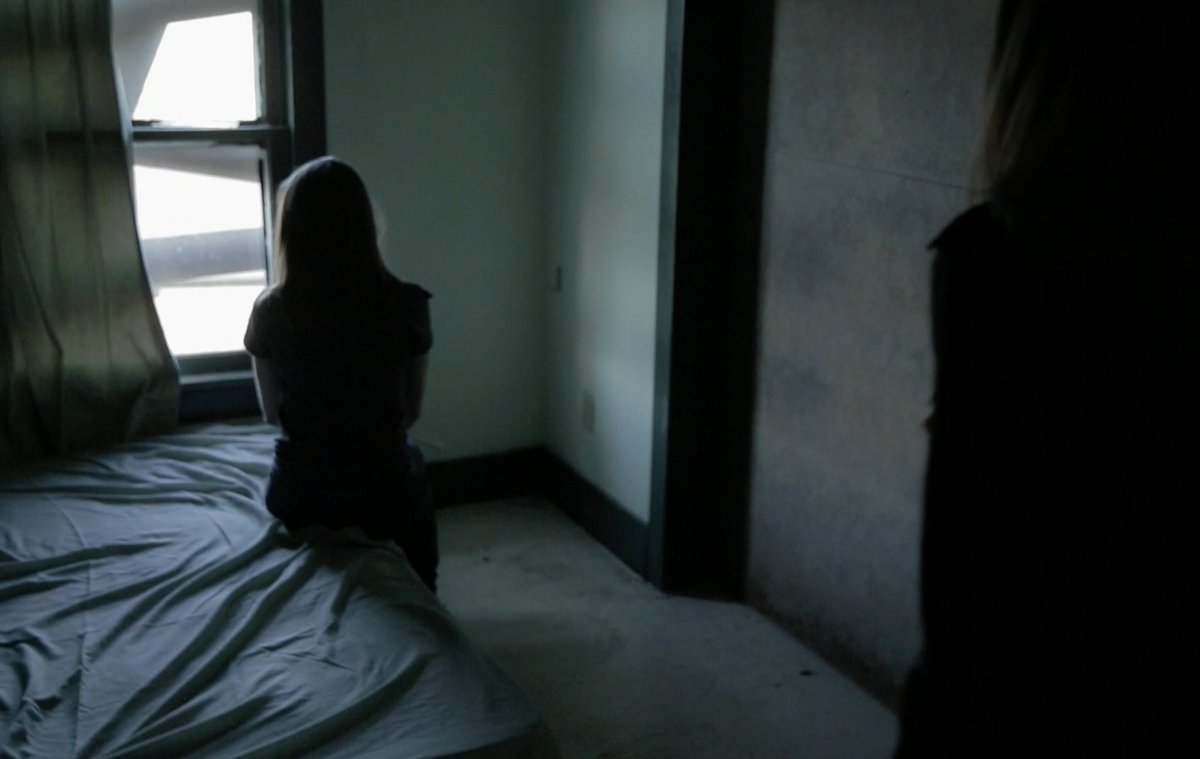 Diane asks the hotel receptionist to inform Sara that they are going out, only to find that no Sara Havel is staying at the hotel and that the hotel rooms don’t have letters assigned to them. We are told through title cards that Mitchell from the filmmaking crew catalogs the footage delivered by Sara after the departure of Diane. What she finds is spine-chilling, to say the least. A clip sees a dazed Paul stabbing Sara and slitting his own throat shortly after.

As Diane and her cameraperson break into the site of horror, they get a call from Mitchell, which they blatantly ignore. They happen to discover a room numbered 2C in the Hell House, where they encounter a phantom Sara and two shadowy figures coming towards them, after which the camera seemingly falls to the ground. The suggestion is that Sara’s ghost has lured the documentary crew into her dungeon, and the fate of doom has befallen a curious Diane.

What is the Significance of Abaddon?

The English meaning of the Hebrew name is “destruction.” In the Hebrew Bible, Abaddon is used to refer to a bottomless pit, also known as “the realm of the dead.” The diabolical name of the fictional township aptly sets the tone of the film and lets viewers anticipate the series of horrific events that unfold in the course of the film.