Where is High Seas Filmed? 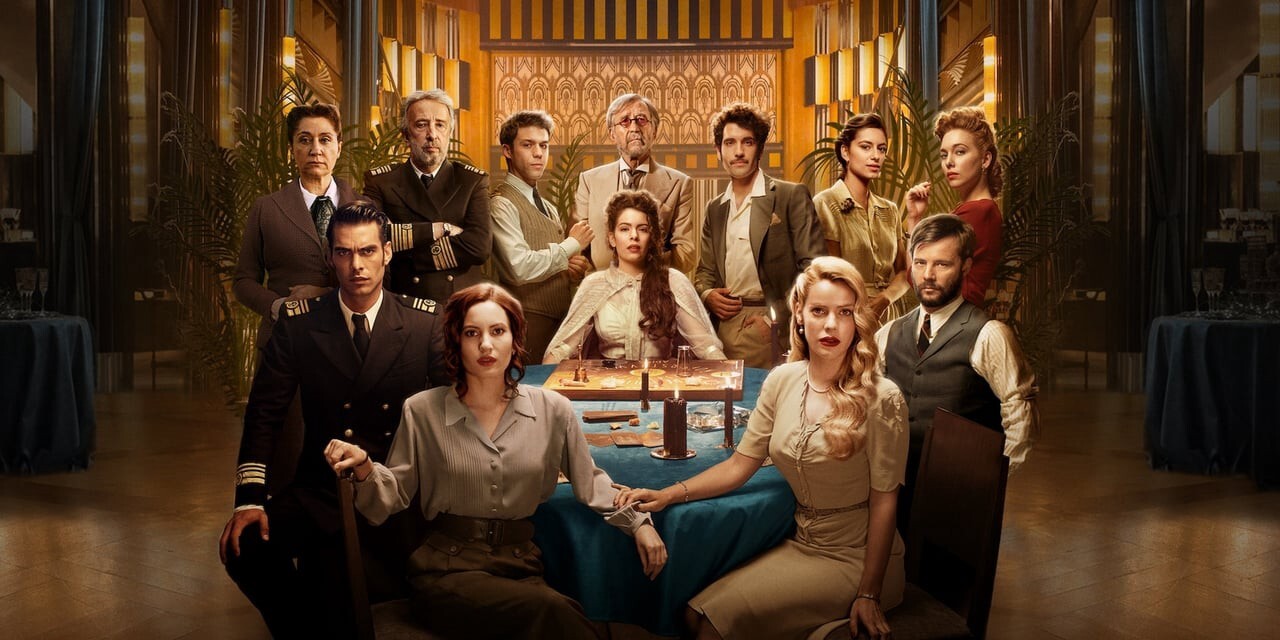 ‘High Seas,’ titled ‘Alta Mar’ in Spanish, is a murder mystery series that follows sisters Eva and Carolina Villanueva as they hop aboard a luxurious transatlantic ship, Bárbara de Braganza, going from Europe to South America, in hopes of a better future. Eva is a confident and headstrong author stuck in a writer’s block, while Carolina is the naïve and sensitive older sister. On their way to the cruise, the sisters encounter a mysterious woman named Luisa and stow her on-board after learning that she is running away from her abusive husband. While on the ocean liner, they meet with some idiosyncratic as well as like-minded personalities.

However, at night, everyone hears a splash as the woman from before falls from the decks, straight into the ocean. Upon investigating the woman’s identity, everyone realizes that she was nowhere mentioned on the list of passengers. Things take a weird turn when secrets, lies, betrayal, affairs, romance get in the way of the investigation and people begin to start pointing fingers at each other while trying to find the answer to just one question: Did Luisa fall off on her own or was she pushed by someone into the sea? Are you curious about the filming location? We have got your back!

Ramón Campos and Gema R. Neira serve as the creators of Netflix’s fourth Spanish-language series. The show has been lauded for its intriguing premise, well-rounded characters, period costumes, and elaborate design.

The series is extensively filmed on a multifaceted set constructed in a studio in Spain. The production department recreated the ship by taking cues from the Art Deco era to suit the 1940s setting of the murder mystery series. Here’s the exact filming location of the series!

The show is entirely filmed on a set created at Bambu Productions (Bambú Producciones), a Madrid-based production house. It is located at Calle Saturno, 1, 28224 Pozuelo de Alarcón, in Madrid, the capital city of Spain. It has been reported that ‘High Seas’ is the “most expensive set design of any Bambu Productions” to date. The expansive set is a collaborative effort of set decorator Regina Acuña and production designer Carlos Bodelon. 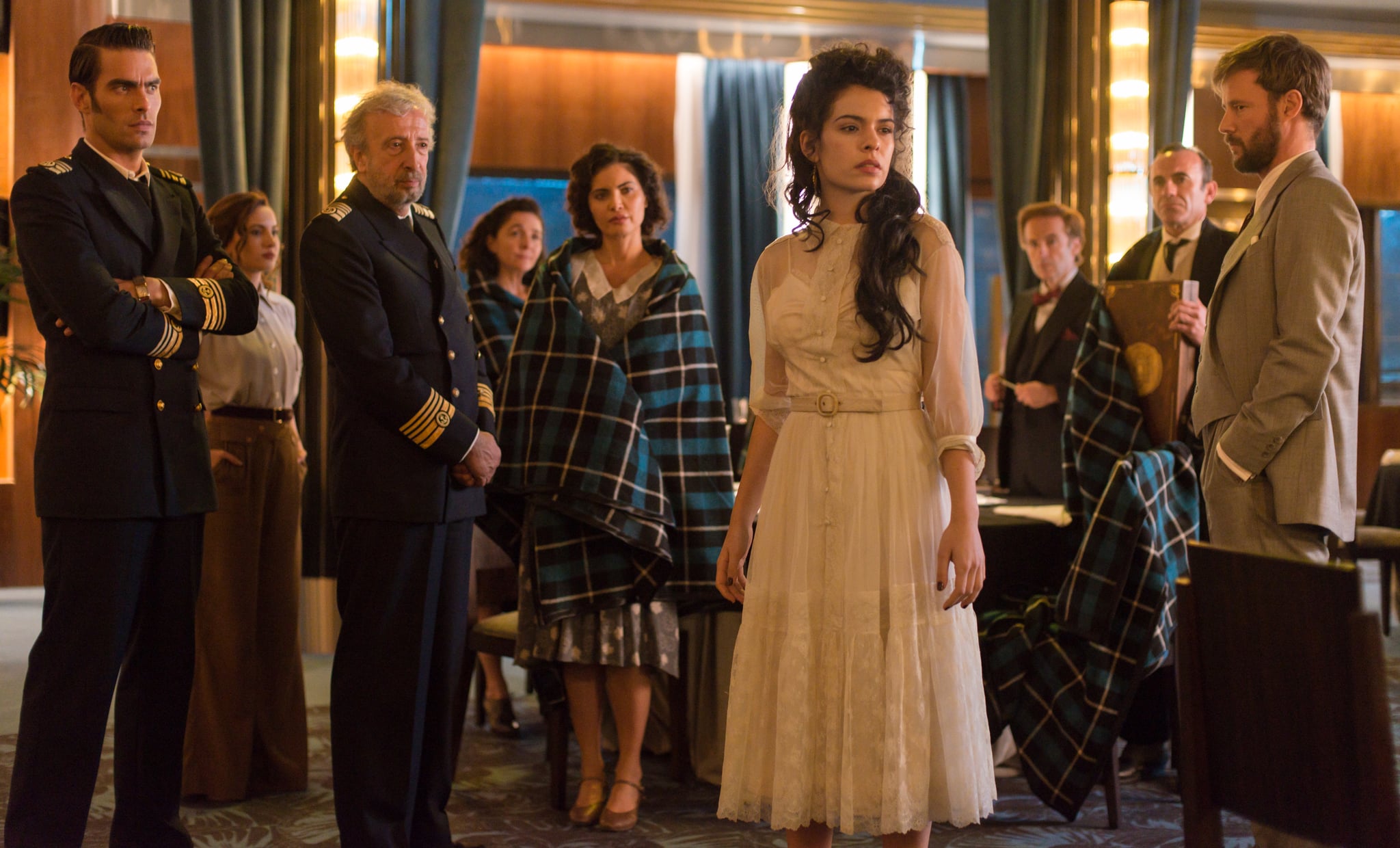 The show is set in the 1940s, and to recreate the magic of the Art Deco era, Regina and Carlos conducted deep research to study and understand the architecture of stream-liners from that period. It took the production department, over six months to build the set that now stands as the fictional transatlantic ship. The aesthetic and design used to craft the fictional ship, Barbara de Braganza, was borrowed from the ocean liners – SS Normandie and the Queen Mary. 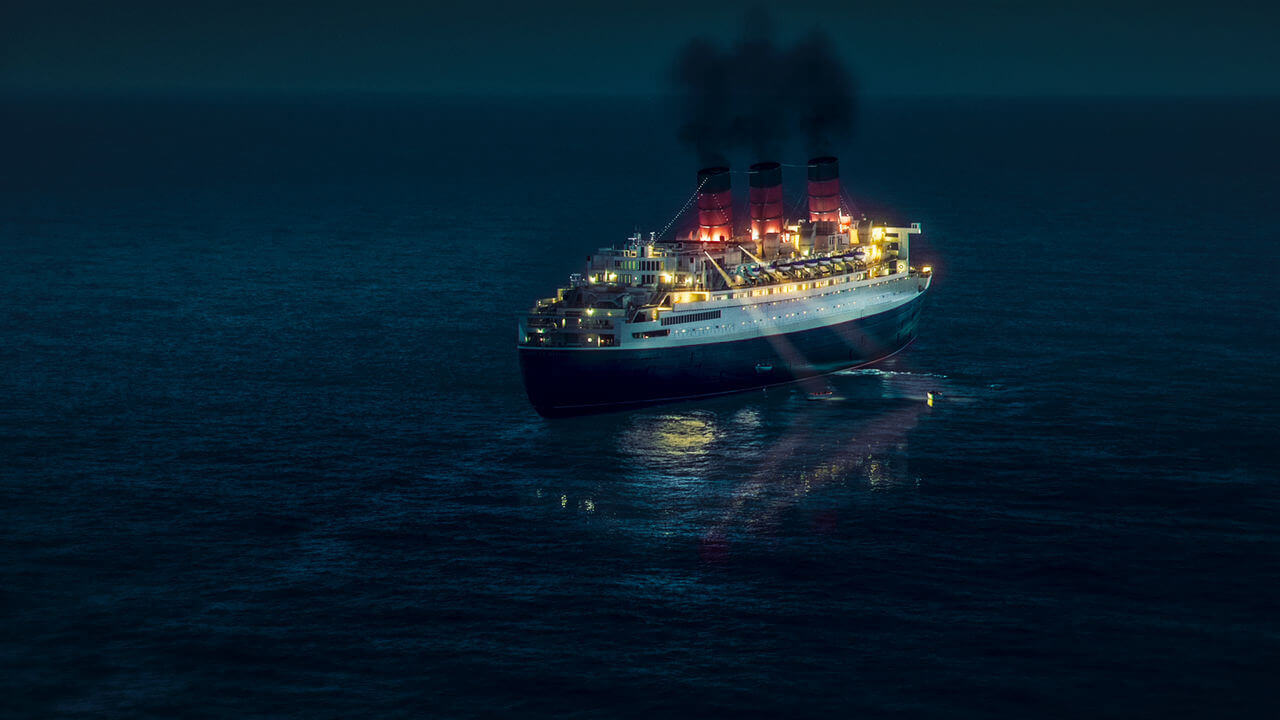 The crew took the most time to construct the first-class section of the ship as it involved a lot of intricate detailing, to match the glamorous personalities of the characters.

The props and art collections were bought from a British historian, while the wood used to build the vintage furniture was brought in from Spain. At some points in the filming process, one single room is revamped to double up as the infirmary, stateroom, communication room, etc. 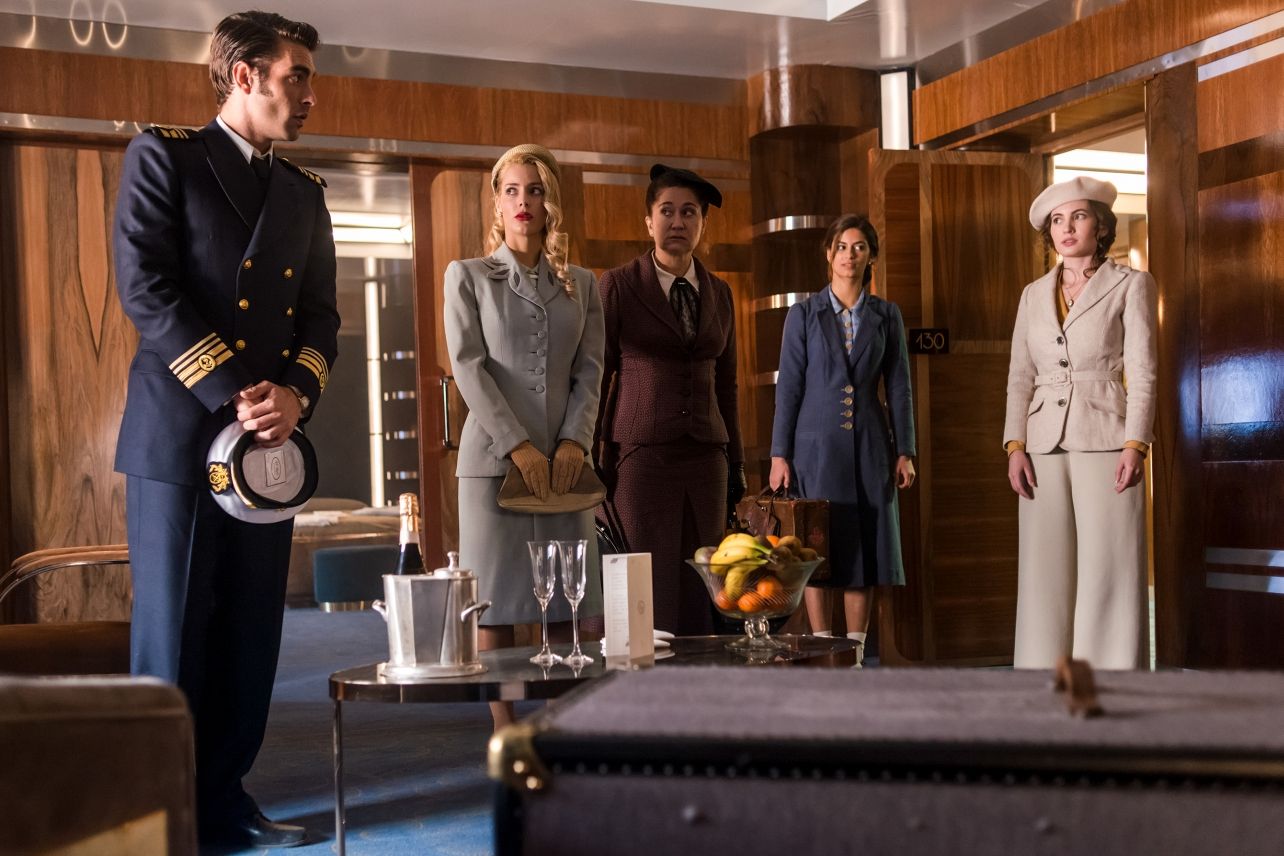