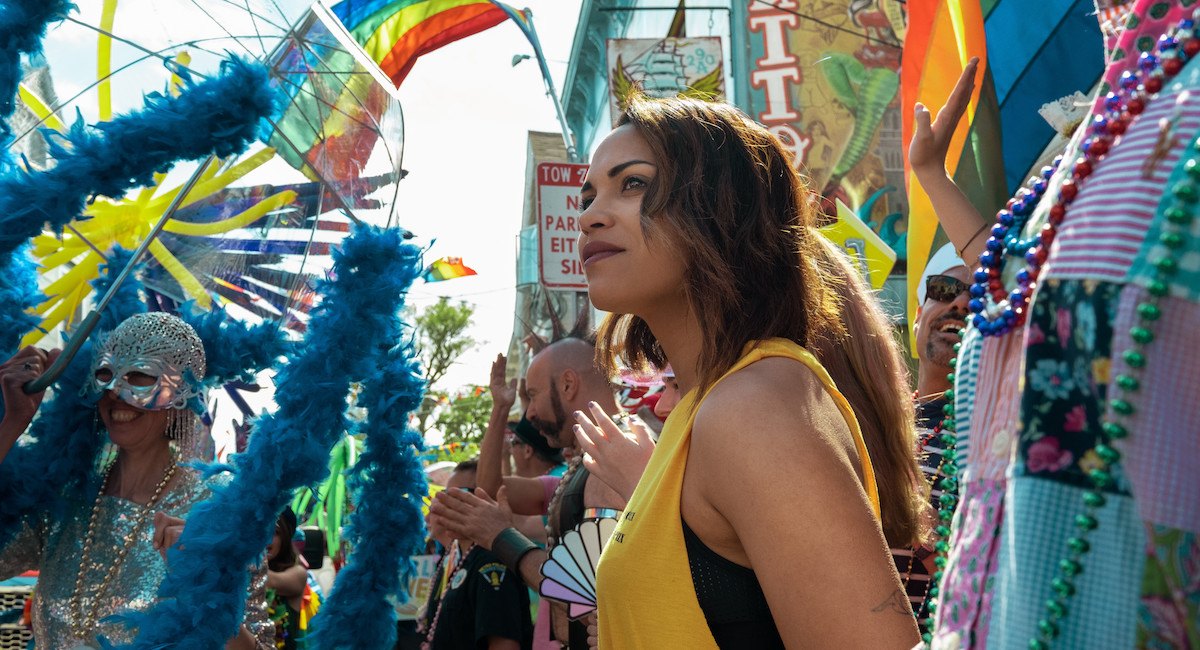 Starz’s ‘Hightown‘ is an inclusive television production which tells a dark tale set in a vibrant, yet a relatively small town. The lead character of the show, played by Monica Raymund is a “hard-partying lesbian…who uses her gun and badge to seduce tourist chicks.” However, the Starz show justifies its title, not just because of the protagonist’s hard-partying ways. Instead, ‘Hightown’ derives its name from its setting, Cape Cod Bay’s heroin epidemic. The central character, Jackie Quinones described above, is a National Marines Fisheries Service Officer. Generally unenthusiastic about her job, she finds a body in the Cape and finds herself at the center of a murder investigation.

Where was Hightown Filmed?

As mentioned earlier, the setting of ‘Hightown’ plays a central role on the Star show. That is what dictates the show’s atmospheric tone and dichotomous feel. The story is mostly set in Provincetown, Massachusetts. In fact, the show was originally titled ‘P-Town’ because of its setting. That further proves how integral the setting is to the show.

Furthermore, ‘Hightown’ does a pretty authentic job at recreating Provincetown. Hence, it is natural for viewers to wonder where the show had been shot. Did the makers actually film it in Provincetown? Or did they pass off another place as the New England town?

To begin with, ‘Hightown’ was actually filmed in Provincetown, only partially, however. The show filmed a few integral scenes to establish the town’s appearance. For instance, Commercial Street was shut down for a few hours to accommodate the filming of a carnival parade that sets up P-town for the show.

throwback to that time i was in p-town and saw monica filming hightown 😍 pic.twitter.com/LEdA94UjPM

The crew spent a week in P-town for filming. A few scenes had also been filmed at MacMillan Pier and Provincetown Marina Pier, according to local sources. Additionally, filming took place for three days around the traffic rotary situated close to the Provincetown Inn. The dead body appears at the beach near the rotary. Moreover, the show also filmed several aerial shots as establishing scenes featuring the landmark, The Pilgrim Monument. Plus, the opening credits show the Sagamore Bridge too. The production team comprised of 125 people, along with 300 extra locals who were hired.

Here are a few posts that Gary Lennon posted when he was in Princetown. Lennon is an executive producer and writer of one of the episodes of ‘Hightown.’

A large part of the filming for ‘Hightown’ was not carried out in Princetown. Instead, the village of Freeport in Long Island, New York, stood in for the New England town.

This was taken on my Minolta x700 when we were filming #hightown in New York last year. Can’t believe it premieres in less than 2 months pic.twitter.com/LJWd3yYhk1

The following tweet shows how a user spotted the production filming in Ossining:

Read More: Is Hightown Based on a True Story?