How Did Ashley Lyons Die? Where Are Roger McBeath and Dena Williams Now? 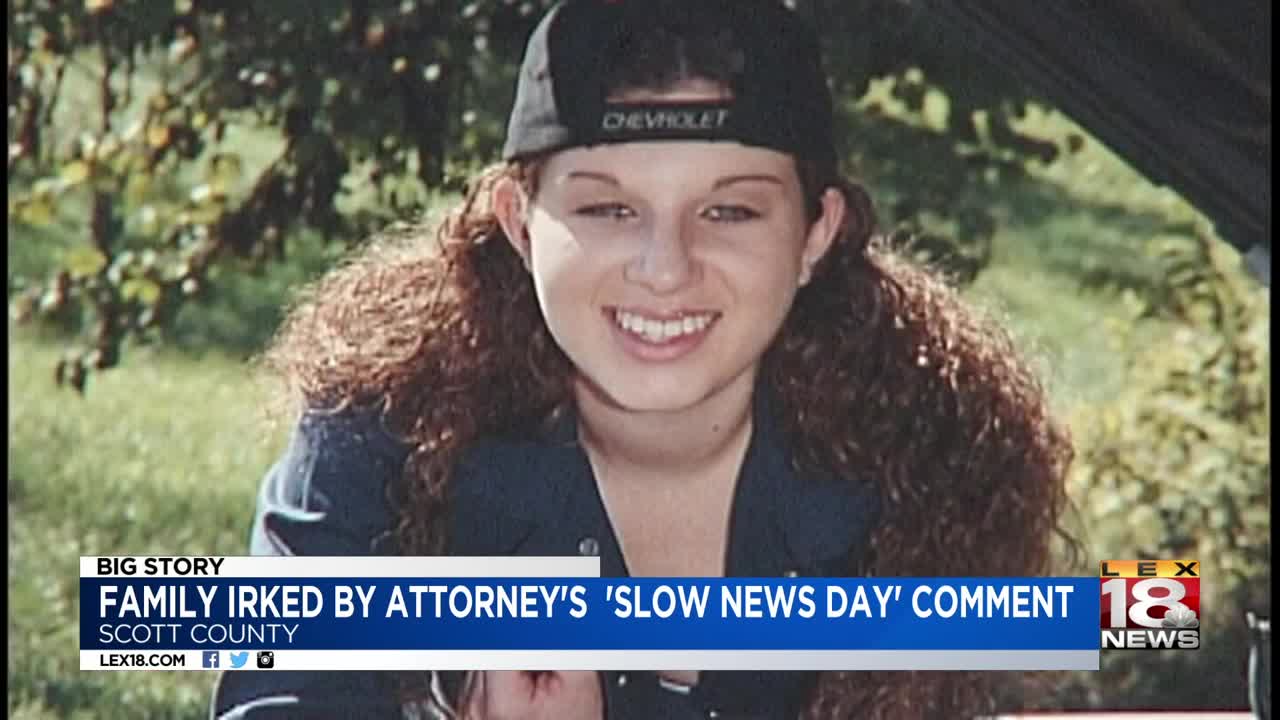 On the chilling night of January 7, 2004, an excited, expectant mother arrived at Scott County Park to show her estranged boyfriend an ultrasound of their unborn baby. But Ashley Lyons was met by a rain of bullets instead of a happy father as she sat in her idling car. She was just months from giving birth. Investigation Discovery’s ‘The Night That Didn’t End: Murdered in the Cold of Winter’ details the horrific slaying of the teenager and the subsequent investigation. Interested to know more about this case and where the murderers are now? Here is what we found out.

How Did Ashley Lyons Die?

A lively and gentle teenager, Ashley Lyons was a native of Scott County. She was an employee of Advanced Auto Parts and a member of the Cedar Grove Baptist Church. At the time of her murder, Ashley was just 18 years old. She was also 5-and-a-half months pregnant with her unborn child, Landon. She was separated from the father of her child but still wanted to give birth.

On the evening of January 7, 2004, Ashley Lyons arrived in Scott County Park to meet her ex-boyfriend with an ultrasound of their unborn son. Hours later, when there was still no news of Ashley, her concerned father and brother went looking for her at the park. A shocking sight greeted them as they found Ashley in her car, unconscious and covered with blood.

The car was running, with the heater and lights on. They also found the driver-side window pulled down. They immediately called 911, but Ashley was declared dead on site. An autopsy later revealed that Ashley was shot three times in the neck and head with a 9mm pistol. She died instantly from gunshot wounds. The medical examiner placed the time of death within several hours of 5:30 p.m.

Ashley’s ex-boyfriend, Roger McBeath, and his then-girlfriend, Dena Williams, were tried and convicted of the murder. According to court records, Ashley and Roger had dated on and off for about three years. When the couple had their fallouts, he dated Dena Williams. Ashley found out about her boyfriend dating alternate women and thus broke up with him.

After one of their breakups, McBeath was caught stalking and threatening Ashley. He was charged with first-degree wanton endangerment and second-degree stalking after he almost struck Ashley’s vehicle head-on, but Ashley asked for the charges against him to be dropped. A restraining order against Roger McBeath was also removed.

On the day of her slaying, Ashley learned that she was pregnant with Roger’s child. The couple then decided to meet at their customary meeting place, where Ashley planned to inform her ex about the ultrasound results. On January 7, Ashley left her home at around 5:30 p.m. and told her mother she was going to meet Roger’s parents. 10 minutes later, Ashley called Mrs. McBeath and informed her that she was supposed to meet Roger at the Scott County Park at 6. According to information obtained from her cell phone, Ashley received a phone call from Roger at 6:17 p.m. 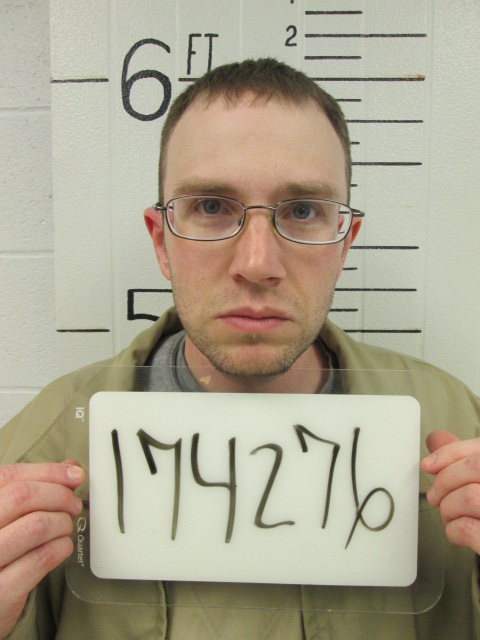 The police were also able to recover a message from Ashley’s phone, which arrived at 6:34 p.m., that informed her that Roger wouldn’t be able to meet her that day. Roger also called Ashley’s house sometime after 6:30 and told her brother Chris that he could not meet Ashley as he would be taking Dena Williams to work. According to Chris, this behavior was unusual for Roger as he had never left a message for Ashley at her house before.

After Ashley’s murder, when the police questioned Roger, he denied committing the crime. He said he was at a Wendy’s restaurant and then picked Dena Williams up from the bank where she worked. He then went to the park at about 6:30 p.m. but left when he did not find Ashley. After that, he took Dena to another branch of the bank for a meeting. He also acknowledged calling up Ashley’s brother. The police tested Roger for gunshot residue but found nothing on him.

A witness came forward and informed a deputy that she heard a gunshot at about 6:15 p.m. while walking to her car approximately a quarter-mile from the park. Other witnesses also noticed a car in the park with its lights on but denied seeing or hearing anything else. But the police got their biggest breakthrough when they received a call from Tammie Nava, who lived opposite the park. Tammie and her children stated that at around 6 p.m., they had seen a man dressed in black with yellow gloves jump a fence at the park and move towards the playground parking area. 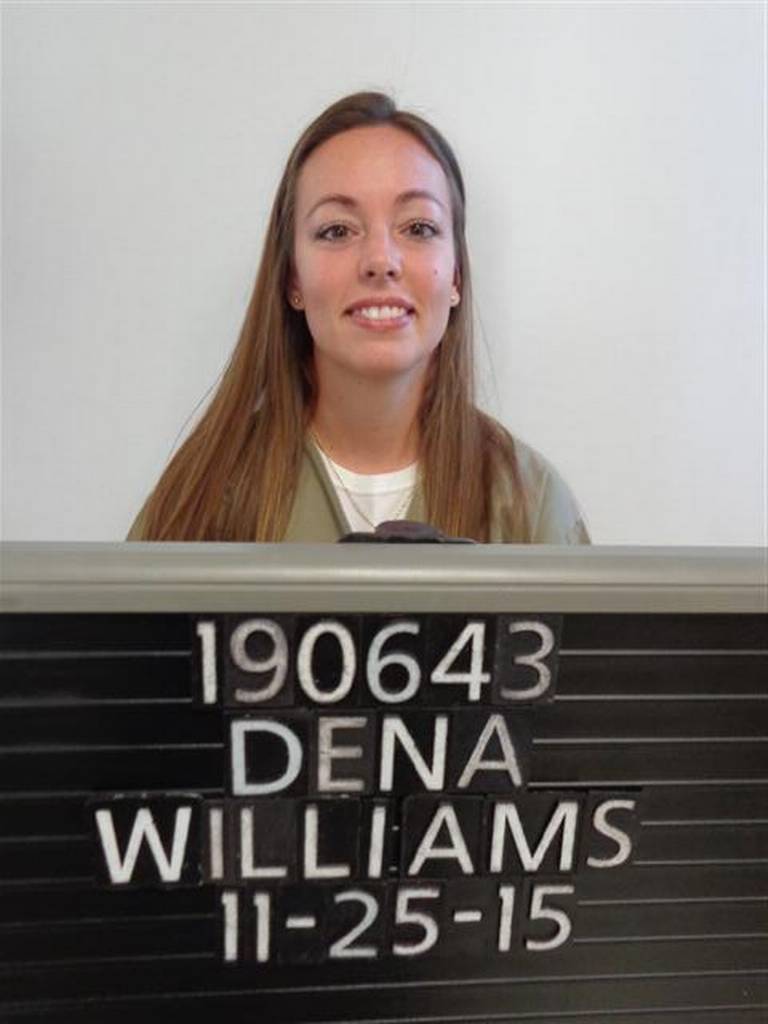 Tammie’s daughter Ebony stated that she heard multiple metallic noises which sounded like a gun. She then saw the same man exiting fast from the way he had entered. Tammie said that she too heard loud banging noises. Scared for her family, she and Ebony went to investigate and noticed a dark car in one of the park’s parking lots with its lights on. On their way back, she and her daughter saw the man they had earlier seen jump back onto the road. A truck then drove down and stopped near the man who got in and sped away. Both mother and daughter identified Roger McBeath as the man they saw in the park that night.

Tammie described the truck as a dark red Chevrolet with a thick black stripe around it. The police, on investigating, found out that Roger McBeath owned a truck of the name nature. Based on the statements, the police arrested Roger McBeath and charged him with murder and tampering with physical evidence. Dena Williams pleaded guilty to complicity to murder in 2005.

Where Are Roger McBeath and Dena Williams Now?

After his arrest, Roger pleaded not guilty to the murder charge. The jury convicted him, but he managed to get his conviction overturned by the Kentucky Supreme Court because a jail informant overstepped his bounds by questioning McBeath in jail about the shooting, and the defense was not allowed to question the informant. In 2009, Roger was re-tried, and this time, he pleaded guilty to complicity to commit murder and tampering with physical evidence.

The court then handed him a 42-year prison sentence with eligibility for parole in 16 years. He was also sentenced to five years for complicity to evidence tampering, which would run concurrently with his previous sentence. He is currently serving his prison term at the Green River Correctional Complex and will be eligible for parole in 2024.

Dena Williams also pleaded guilty to complicity to murder charges in 2005 and was awarded a 25-year prison sentence. In 2019, Dena tried to appeal her sentencing and filed a petition for early-release but changed her mind and rescinded her request. She is currently incarcerated at the Kentucky Correctional Institution for Women near Pewee Valley and will be eligible for parole in December 2021.

Read More: How Was Christie Wilson Murdered? Who Killed Her?