How Did Jasmine Nunez Die? Is Andres Ceballos Dead or Alive? 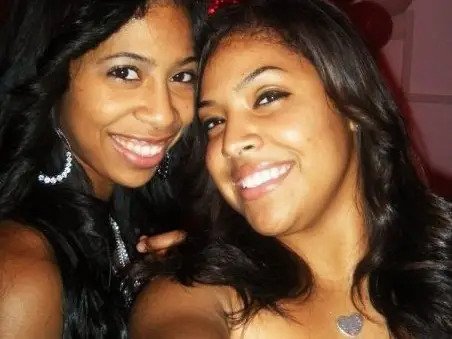 In 2011, a body of a Jane Doe was found burning in a brush fire at James Baird State Park. The killer wanted to burn the body beyond recognition, but a recognizable tattoo on the victim’s back helped the police identify the victim through social media. Investigation Discovery’s ‘Web of Lies: The Social Media Butterfly’ details the murder of Jasmine Nunez and how the subsequent investigation unfurled a complex murder plot. If you are intrigued by the details of this particular case and want to know if Jasmine’s killer was ever identified, we have got you covered.

How Did Jasmine Nunez Die?

Jasmine Nunez, 22, originally hailed from Springfield, Massachusetts. She was attending Mandl School and studying to be a surgical technician in New York. She also worked part-time as a dental receptionist. Described by friends and family as very beautiful, Jasmine was obsessed with social media. She received a lot of attention online and also interacted often with her followers on Twitter and Facebook. According to Jasmine’s sister, Melanie, Facebook was her life.

On June 12, 2011, firefighters were alerted to a brush fire at James Baird State Park in Pleasant Valley, New York. When fighting the flames, they came across the burned remains of a woman wearing Levi’s jeans, a cami shirt, and Victoria’s Secret underwear. The body was charred beyond recognition except for a lotus tattoo on the back.

According to officials, the unidentified body lay unclaimed in the Dutchess County coroner’s office for several days. The local police posted the picture of the tattoo on social media in a bid to identify the victim. It was through social media that Melanie and her mother came across the picture of Jasmine’s tattoo and were finally able to identify her body.

Jasmine Nunez’s murder remains a mystery for the most part. However, Jasmine’s family, as well as the police, suspected it was Andres Ceballos, Jasmine’s live-in boyfriend, who killed her. According to Melanie, Jasmine was planning to leave her boyfriend, who became very controlling and constantly kept breaking into her Facebook account, email and phone. The couple had also visited Aruba in April to patch things up.

On June 6, 2011, the first danger sign appeared when Melanie couldn’t reach her sister on the phone. She immediately texted Jasmine on Facebook, and Jasmine replied that she was busy with school and work. Even then, Melanie was worried as numerous calls to her sister went unanswered for days. She stated she spoke to Andres Ceballos the day after Nunez’s body was found. “I talked to him the day after she was found,” she said, “He sounded so calm.”

On June 17, the Mandl School contacted Jasmine’s dad, stating that they haven’t heard from her for days. Jasmine’s family immediately filed a missing person report and informed police about Jasmine’s New York apartment. The police helped Jasmine’s family break into her apartment. Inside, the family found Jasmine’s bags packed. On the other hand, Ceballos’ things and the couple’s dog were gone. The police, through their investigation, also found witnesses at the brush fire site who said they saw a vehicle in the area moments before Nunez’s body was found. The police also made a sketch of the suspect based on the witness statements, but it did not look anything like Andres Ceballos.

The vehicle matching the witnesses’ descriptions was spotted by the Virginia State Police near Emporia, Virginia. When the police tried to pull the car over, Ceballos got out of the car and fled. Before the police could reach him, he took out a gun and fatally shot himself. When Ceballos died, all the answers apparently died with him. Unfortunately for Jasmine’s family, it would appear as though they didn’t find the closure they sought. However, they are still keeping their loved one’s memory alive. Melanie Nunez started The Jasmine Nunez Foundation, which supports domestic violence victims and helps them overcome their problems.